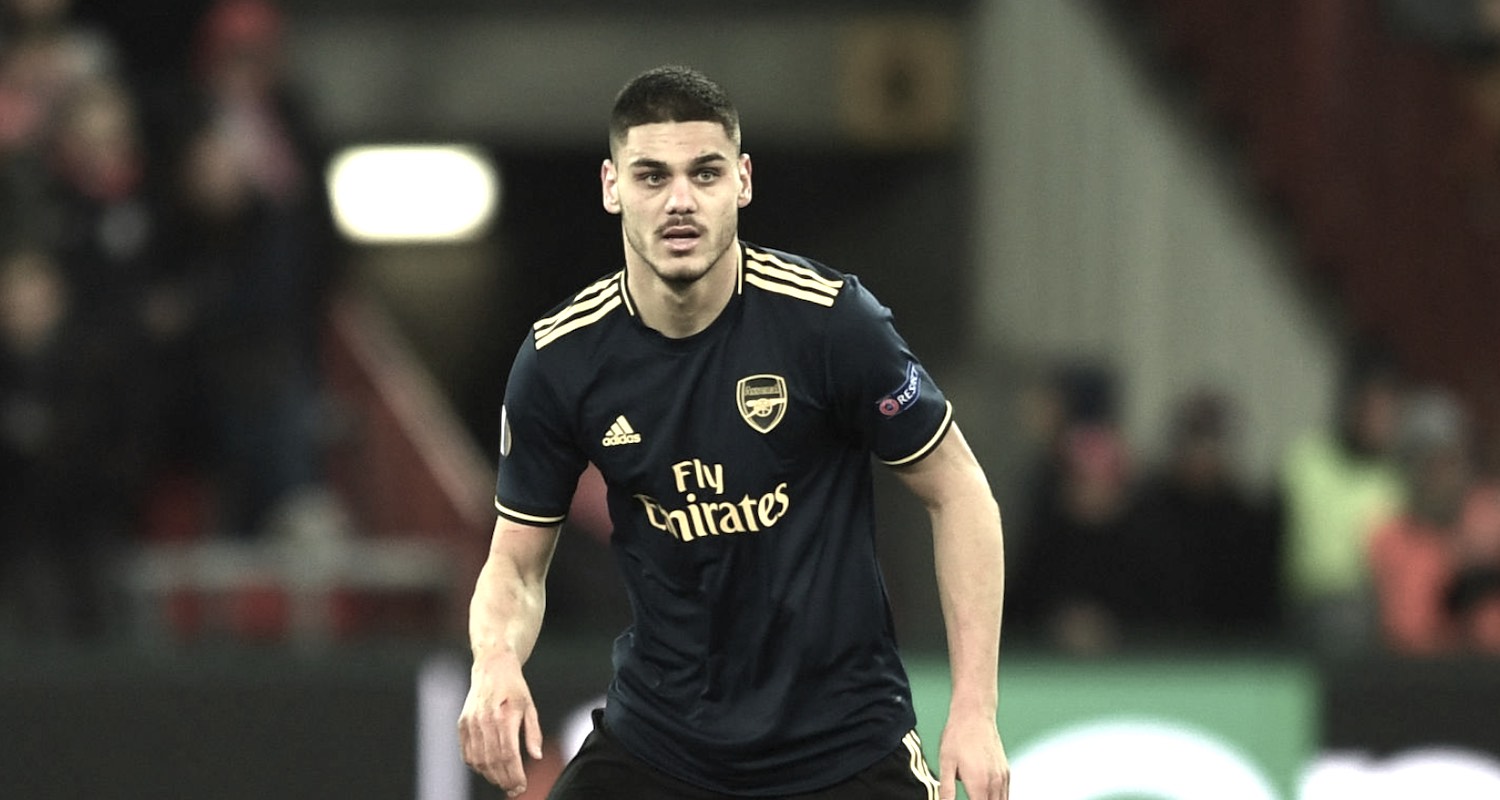 Let’s start this morning with some transfer news – not of the incoming variety though. Dinos Mavropanos has joined FC Nurnberg on loan for the rest of the season, the kind of move he’s needed to make for a while now.

The 22 year old would have probably gone out for the season during the summer, but injury prevented that from happening. Staying fit has been a significant problem for him since his arrival at the club back in January 2018. He’s had an ongoing hip/groin problem which has seen him struggle to play for quite prolonged periods, and of course that has hindered his development.

He made just one senior appearance this season, on top of four last season, and in total since his arrival from PAS Giannina two years ago, he’s played just eight times for the first team. That’s not enough football for a player of his age, so regular game time with his new club will obviously be beneficial. Whether it’s enough for him to convince the club he’s got a future here remains to be seen, and you might wonder if the fact he’s going to a club which is fighting relegation in German second division says more about the player or their need for defensive recruitment.

Although he’s been on the bench a few times of late, presumably to prevent the need to pick Shkodran Mustafi, this does feel like one of those moves which is a precursor to a permanent departure – rather than a developmental loan. There can always be surprises. You think of Francis Coquelin who was loaned to Lorient, Freiburg and Charlton before being recalled and making the most of his chance to claim a first team spot, so perhaps a good time in Germany will keep the door open on his Arsenal career. The best of luck to him out there.

What his departure does though is leave us one central defender down in terms of numbers. If Mavropanos – despite his inexperience and all the rest – was being selected ahead of Mustafi, it suggests that he’s not a player we’d be keen to find ourselves reliant on again, as we have been in the past.

We do have David Luiz looking like a footballer again; Sokratis too has improved since Mikel Arteta arrived, the fact the team has a structure is beneficial to almost all the players – who knew? Then there’s Rob Holding, for whom we can still have relatively high hopes in spite of his difficult night against Leeds last week. It is astonishing to me that one poor game can lead people to call time on his Arsenal career, and completely choose to ignore the context in which it happened.

He’s basically been out for a year, having fallen victim to probably the most difficult injury a footballer can suffer. He was then brought back, played 6 games in 5 weeks, and picked up another knee problem. When you’ve been out for so long with an ACL injury, there are physical and psychological aspects to the recovery, so there’d be a worry over feeling pain in your knee. Repeat ACL ruptures are not uncommon, so that’s another issue to deal with – but he was out for another couple of months with that.

Everyone can understand there are issues with match fitness and sharpness – as hard as you train, it’s nowhere near the same as playing. So, he came back, and had one of those nights which can happen to any player, against a team who played us off the park in the first half. Even those who were fully fit struggled. I’ve said it before, but we really need to reconsider the time-frame when it comes to players recovering fully from cruciate injuries, and for me Holding is obviously still in the rehabilitation phase.

What does that mean for Arsenal though? Well, we have two fully fit senior central defenders who are going to have to carry a pretty heavy burden until Rob gets back to full fitness, and our only back up is a player that the club tried very hard to get rid of during the summer and who Mikel Arteta seems extremely reluctant to pick for reasons we can all understand very well.

Now, you don’t need the memory of an elephant to remember this time last year. Having already lost Rob Holding and Danny Welbeck to season-ending injuries, we then saw Hector Bellerin suffer an ACL rupture, and our response to those problems was far from good enough. We brought in Denis Suarez on loan from Barcelona. A serious injury was the key factor in him not being able to contribute – but his 1 goals and 2 assists in 17 games for Celta Vigo this season suggest that even when fully fit he’d hardly have been the man to make the difference.

At that point, Raul Sanllehi had wrested power from Sven Mislintat, who would depart in February, and it was under his auspices that a deal for a player from his former club was done. There would be no defensive reinforcement even though we lost two first choice players – Holding had played 16 times between September 20th and Dec 5th, while Bellerin had been a mainstay at right back, so all of a sudden we were shorn of two very important defenders, as well as Welbeck.

Between Sanllehi and Emery, the solution was to chase a winger. Arsenal tried for Ivan Perisic and Yannick Carasco, and ended up with Suarez. One would hope that with Holding and Bellerin still making their way back from those serious injuries, Kieran Tierney sidelined until March, and being just an injury and/or suspension away from using a player we obviously don’t want at centre-half, that the lessons of last year will have been learned.

We all know January is difficult, that it’s not the optimum time to do transfer business, but that doesn’t negate Arsenal’s need to bolster the squad. It makes it more challenging, but it still needs to be done. Arteta, like any new manager, deserves and needs backing from the club. Let’s hope he gets it.

Right, I will leave you with the brand new Arsecast Extra from yesterday, chatting about the Palace game, our goalscoring issues and lots more. Listen/subscribe below.

Full backs, playing out from the back, and early season stats