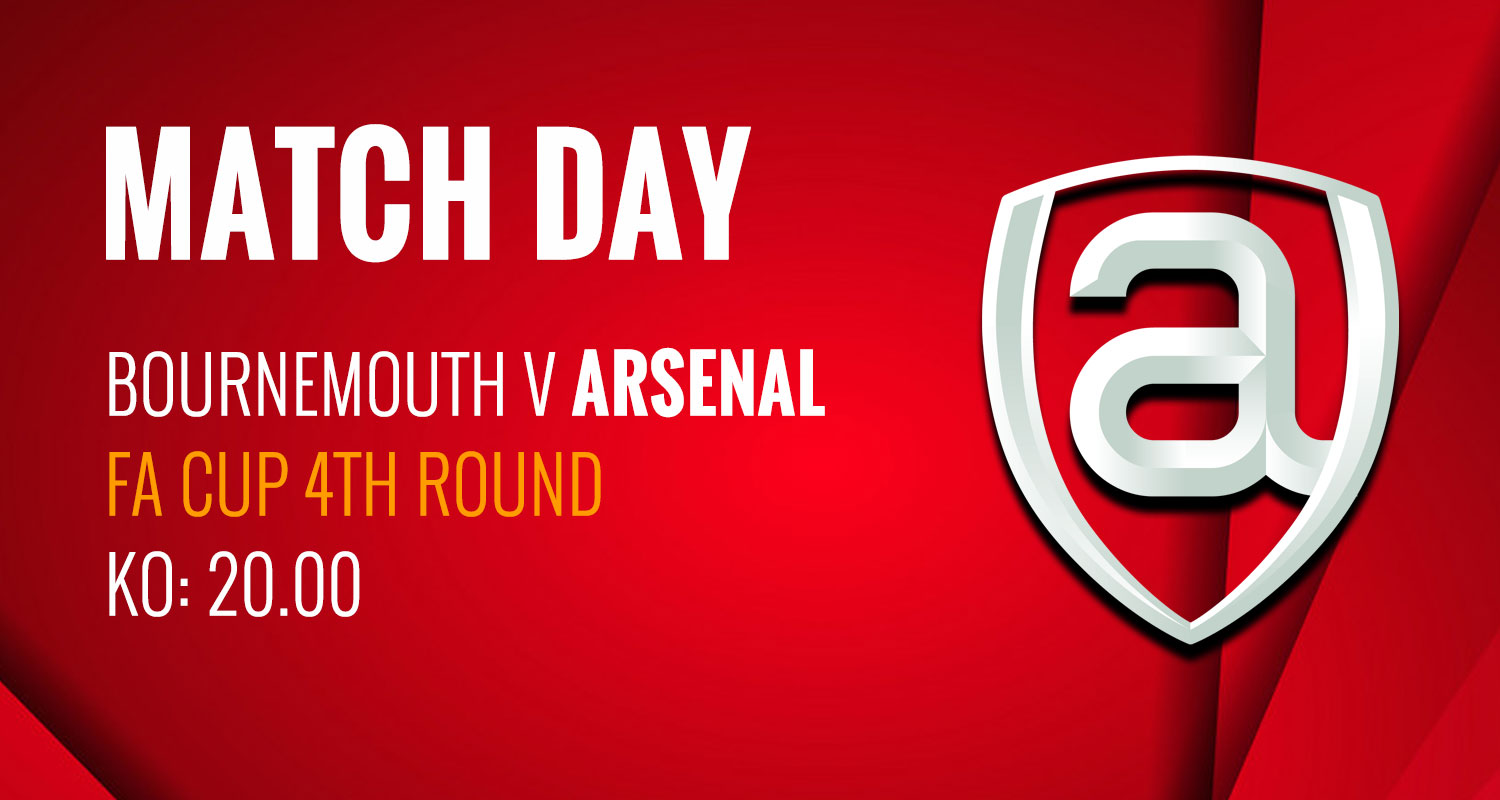 It feels to me like we’ve had too many Monday night games this season, and we have another one tonight in the FA Cup as we take on Bournemouth. Mondays have been ok though in terms of results. We’ve played four, won two, drawn one, lost one. Our last FA Cup game was one of them, a 1-0 win over a tricky Leeds side.

That game illustrated that Mikel Arteta is taking the cup seriously. I had expected a bit more rotation than we actually got, and I’m assuming that as we prepare to face Premier League opposition this evening, he won’t be any less serious about this competition. Remember, it’s not just a trophy – there’s a pathway to European football for the winners, and given where we are in the league table we can’t ignore that side of things.

Having had six days since our last game, with Burnley coming up on Sunday followed by a two week break, I think we’ll see a pretty strong side from Arsenal this evening. We’ll be without Pierre-Emerick Aubameyang, who serves the final game of his three match ban, and of course there’ll be no David Luiz after his red card against Chelsea. We’re also without the longer-term casualties like Kolasinac and Tierney (and Chambers whose season is over), but apart from that it seems like we’ve got a fairly full squad to choose from.

Sokratis is back in training after his illness, as is Dani Ceballos whose reported desire to cut short his loan hasn’t had an impact on anything just yet, so it just remains to be seen how exactly Arteta puts his team together this evening. For example, does he play Hector Bellerin who was so impressive against Chelsea? There’s a balance required when a player is coming back from an ACL injury, and associated muscular problems, and he might feel that he wants him for Burnley instead. It might be wise not to overplay him now, even if we do have a long gap after the trip to Turf Moor.

In the absence of Luiz, tonight might be seen as an opportunity to give Rob Holding a start, would it be too risky to play both him and Hector? Ainsley Maitland-Niles could easily slot in at right back tonight, having done well there since the manager took over, Sokratis and Holding then play together in the centre, with Bukayo Saka at left back.

In midfield, he has options with Xhaka, Torreira, Guendouzi, Ceballos, Willock, and Ozil – and I just wonder if he might use this evening’s game to see somebody else in the role he’s asked the German to play since he arrived. There isn’t a natural number 10, but a three man midfield could be something he’s hoping to have a look at. He rested Lucas Torreira for the last round, so I suppose there’s a chance he might do the same this evening.

Up front, I think we’ll see Gabriel Martinelli and Nicolas Pepe either side of a striker: you’d assume it’d be Alexandre Lacazette, but with Eddie Nketiah recalled from loan and not sent out again, there must have been some plan in place to give him minutes. I can’t see Burnley away as part of that, so it could well be the FA Cup that provides him that opportunity to play.

Maybe that feels a little weak as we’re facing a team we played at the Vitality Stadium just a few weeks ago and could only draw that game. If Arteta goes a little bit stronger tonight I wouldn’t be surprised. He certainly sounds like a man taking the cup seriously:

So, join us later for a live blog and all the post-match stuff on Arseblog News. Let’s see how up for this cup we are.

Just a quick word this morning on the passing of another fine Arsenal blogger, Stuart from A Cultured Left Foot. It takes a huge amount of passion and dedication to write a blog about anything every single day, and he did that for years. He was one of the original Arsenal blogging crew who produced stuff on a regular basis. Over time many fell away or become infrequent with their posts, but he kept his going and wrote in his own way about this club we all support.

Nobody should be under any illusions as to what a commitment that is for any writer, and from him to the loyal audience which he built up over so many years. My condolences to them and all his readers, but first and foremost to his friends and family. I know from talking to people last night that Stuart inspired others to write with the same care and outlook as he had himself, and that is a lovely legacy to leave behind.

I didn’t know him as well as I did Dave (Goonerholic) but we kept in touch down the years and just last week I emailed him to ask how he was doing. Sadly, that was an email I should have sent a few weeks earlier.

Finally for today, we have had some issues over the weekend with apps, and the News tab in particular. We have sorted that out, but if you see anything else, or any other issues, please just get in touch and let us know. We’ll try get it sorted asap.