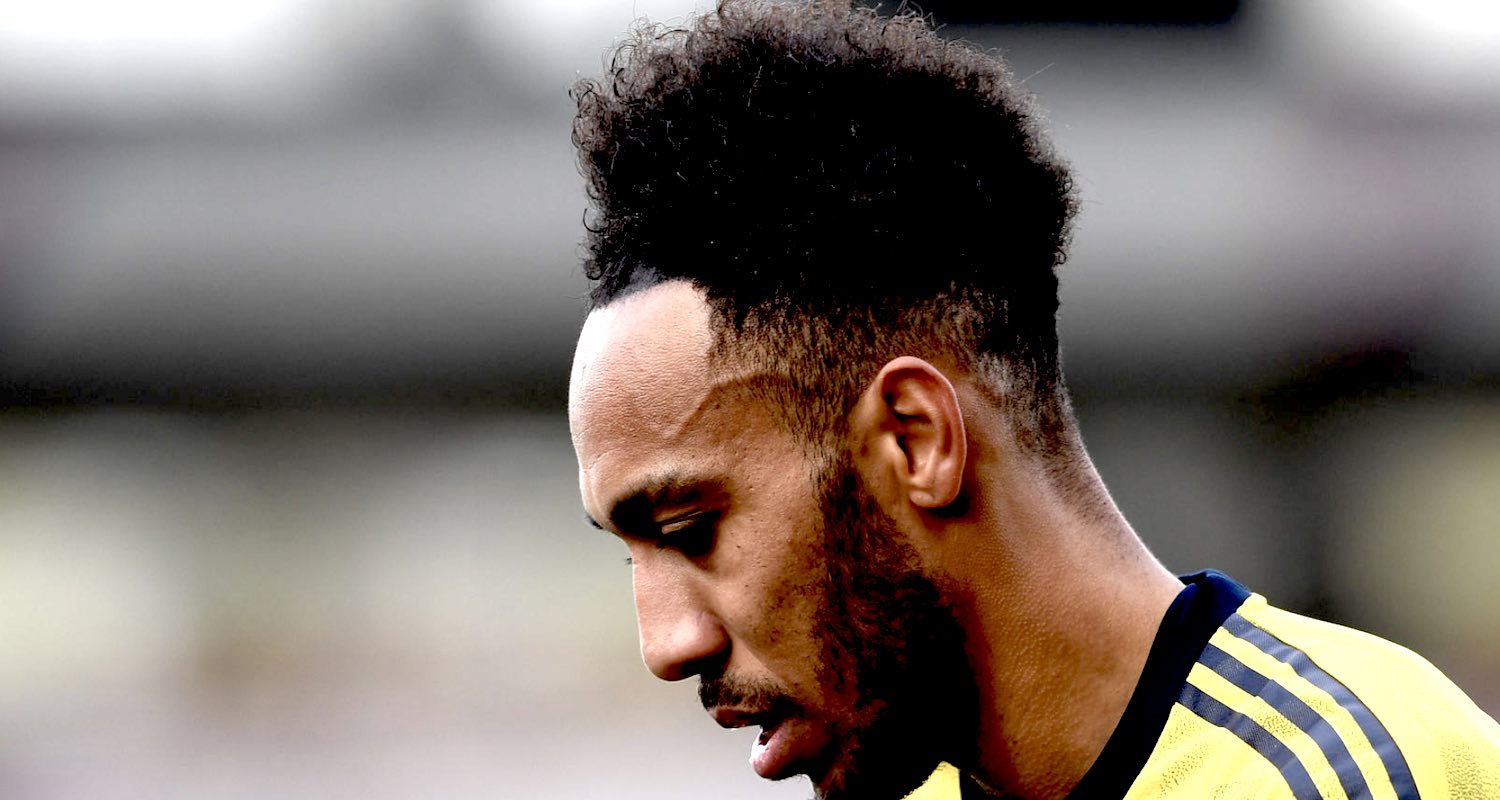 Various reports suggest that Arsenal are going to try and have the three game ban for Pierre-Emerick Aubameyang reduced. It’s not an appeal per se, but under the regulations it’s possible to argue that the level of punishment is unfair.

It’s an interesting one, because it brings up a long-standing issue where an automatic punishment is meted out without any context. So, all acts of serious foul play or violent conduct are three game bans, regardless of the level of foul play or ‘violence’. It’s a minefield really, and one which never really gets properly debated or discussed – except in the wake of a serious incident.

Personally, I’ll admit I’m a little uneasy about this particular situation. Obviously I’m concerned about how we score goals without the captain; I think we’re very reliant on him, and I’d rather have him in my team than not – especially for the Chelsea game. I don’t think there was any intent or malice on the part of Aubameyang, he was just a bit late, but it doesn’t alter the fact that the challenge was very bad and the consequences for Max Meyer might be serious. If he escapes that with just some bruising and some tweaked ligaments, he’ll be very lucky. If it’s much worse than that, nobody could be that surprised.

It just strikes me that there’s an element of ‘He’s not that kind of player’ to some of the commentary on it, and if you’re an Arsenal fan that must surely make you a bit uncomfortable. Down the years we’ve seen horrible tackles perpetrated on our players, some of which have resulted in really serious injury. Abou Diaby’s ankle was shattered by Dan Smith; Eduardo’s leg snapped in two by Martin Taylor; Aaron Ramsey had his leg broken by the force of Ryan Shawcross’s challenge at Stoke. They were all not that kind of player.

The only one where I think there was an element of frustration and thus malice was the Diaby one. It came at the end of a game, and I think Smith did him on purpose. Did he expect the consequences of it to be so grave? I doubt it, but they were and he has become persona non grata among Arsenal fans. Now, I’m obviously not saying Aubameyang is a Dan Smith, or a Shawcross, but he’s guilty of a tackle which, if it were carried out on an Arsenal player would have all of us up in arms because it has – like Sp*rs bottling the end of a season – happened again.

Do I understand why Mikel Arteta might want to have the ban reduced? Of course. He’s been working with these players for a few weeks now, and in that time, our dependence on Aubameyang – something he must have been aware of anyway – has been hammered home. We have too few goals from other players not to be massively worried about his absence. I can also see how we might suggest that on a weekend in which Liverpool’s Andy Robertson escaped without even a booking for an over the ball lunge which saw him plant his studs into an opponents shin, three games for Aubameyang is harsh. I just feel like based on our own history, that’s the kind of challenge with the kind of outcome that is worthy of a three game ban.

Let’s see what happens though. The system in which further games can be added for a trivial appeal is no longer in place, so they might as well give it a try. I don’t think I’d hold my breath over it being reduced though.

Elsewhere, thanks to Lewis Ambrose for bringing this excellent interview with new Barcelona boss Quique Setien to my attention. It’s from 2017 when he was in charge of Real Betis, and he’s chatting with Sid Lowe about his work and his outlook on the game. In itself it’s very interesting, but the way he talks about how football clubs waste resources because of how they hire and fire is spot on:

Sometimes decisions are made that make no sense, like signing a coach that has a clear profile, signing players with a profile to fit that and then sacking him in week 10 and bringing in a coach who’s diametrically opposed, with a totally different concept of football. What sense is there?

It’s hard to argue, but this bit in particular really resonated with me:

What you can’t do is today white, tomorrow black. Barcelona is an example: they established a criteria that has been a religion. You play like this, this, and this… 20 coaches have come who know they’re going to do that.

You need consistency and to do that, you need the directors. They have to be the defenders and the guarantors of an idea. And then you have a responsibility: choose the people who work for you and choose well.

I know we’ve come through a difficult period, and we’re all glad to be on the Arteta train, but with not much hindsight it’s incredible to think that that the board selected Unai Emery back in 2018. Not so much because of Emery himself, there was a case to be made that he was a steady appointment at a difficult time, but because of what they expected from him and why they said they gave him the job.

I wrote about this previously, but here’s what the Arsenal hierarchy said about making him manager:

Stan Kroenke: “He shares our vision to move forward, to build on the platform created by Arsene Wenger and help this club enjoy greater success.”

Ivan Gazidis: “Unai has an outstanding track record of success throughout his career, has developed some of the best young talent in Europe and plays an exciting, progressive style of football that fits Arsenal perfectly.”

Yet even a cursory examination of his approach would have told them that’s not who he was. As a club we had something in mind as to what we wanted from the new coach, then hired someone who was diametrically opposed to that philosophy. In that sense, Emery was always going to fail and the ever-increasing shift away from an identity we’d all become comfortable with didn’t help him either. I suspect that’s why Mikel Arteta has been so clear about what he wants, and how he wants to do it. On a very basic level he is far more in tune with what we hope and expect from an Arsenal team in the modern era.

The Emery appointment certainly raises red flags over those who sanctioned it. I don’t think KSE or the Kroenkes knew any better, and when it comes to football I think Gazidis is a massive bluffer. He has to take his share of the blame though, as does Raul Sanllehi who pushed for his compatriot to get the job. The fact that someone who came from Barcelona and must have understood the need to protect a club’s footballing identity could get it so wrong is quite worrying.

Maybe he can get away with one misstep like this, but Quique Setien is right, a club needs the people running it – the directors and owners – to safeguard and build on the foundations that have been set. This current crop at Arsenal still have plenty to prove in that regard.

Ok, that’s it for this morning. Have a good one.