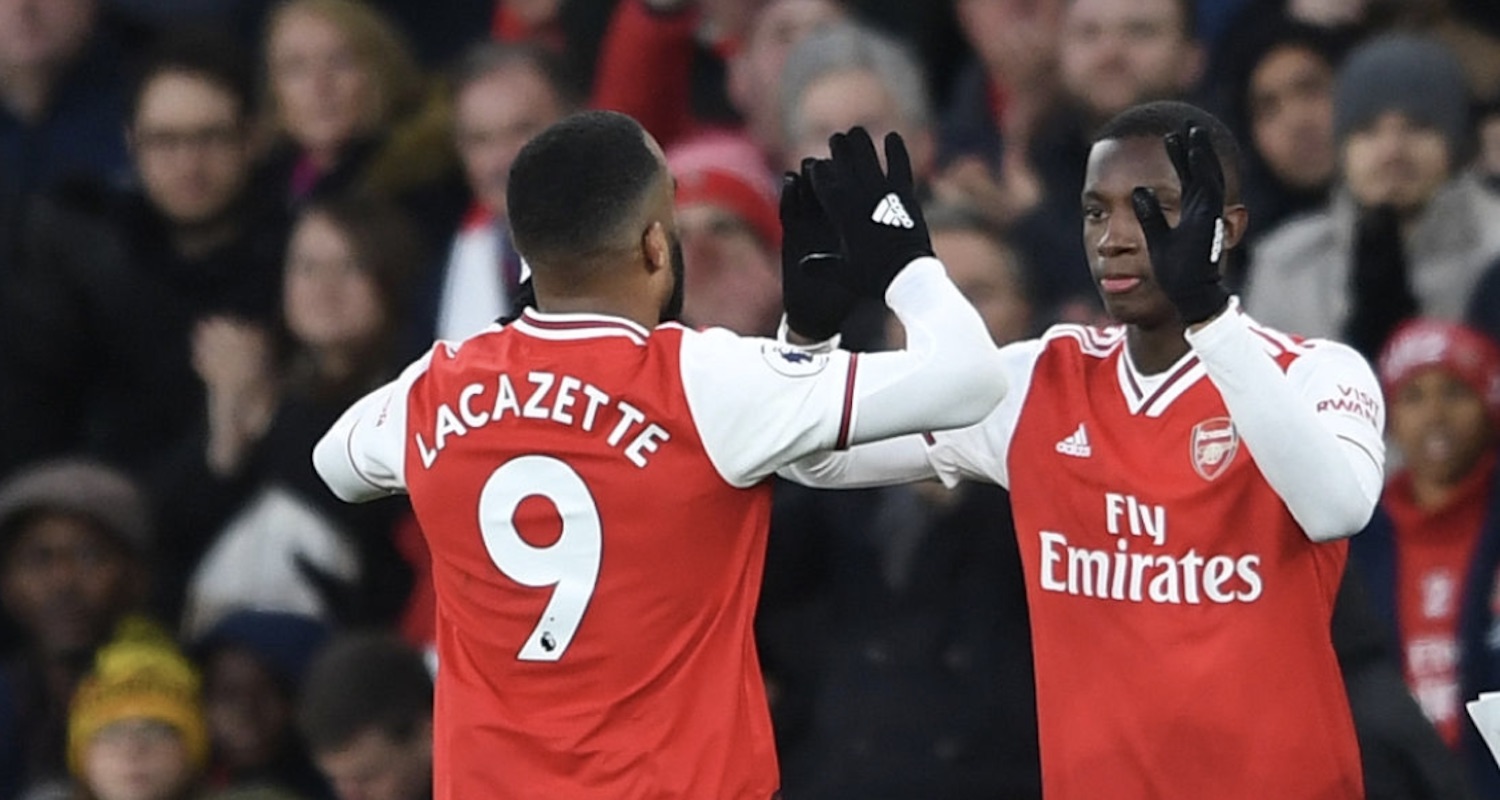 We have a busy couple of days ahead as there’s little chance to dwell on Saturday’s draw with Sheffield United because we play Chelsea tomorrow night.

It feels like a strange one, coming so soon after our last game, and so soon after playing them in the Premier League too. It was just December 29th when we let a 1-0 lead slip to lose 2-1, but this quirk of the fixture list throws to the teams together again and we’ll obviously hope for better at Stamford Bridge.

We can preview the game properly tomorrow, and we’ll get a team news/injury update at some point later today, but I suspect that Mikel Arteta will ask his players for one big push for this one. Physically, I think it’s going to hurt, there must be players in, on, or around the fabled red zone, but in reality what choice do we have? We don’t have a particularly big squad, there might be a few minor tweaks he can make, but nothing major.

Reflecting further on the Sheffield United game, it becomes more clear that right now our biggest issue – in my opinion anyway – is a lack of attacking threat. It might sound counter-intuitive after we conceded another late goal and failed to hang onto leady yet again, something which might make you think our problems are defensive. Obviously that is something we have to improve on, but I think in general we have been better in that regard since Arteta took over.

We’re no longer a team that gets exposed by a simple ball over the top of the defence; we’re no longer a team with a soft centre so that one pass through our midfield sees the opposition bearing down on goal; we don’t give up as many chances; and there’s a structure and organisation to the team in general which offers far more protection to our defenders. Can we do better with some moments? Of course. And there’s still a bit of a psychological barrier to break through when it comes to defending late in games, but overall I can see improvement in this area – something we can definitely build on.

The next step is becoming a more potent attacking force, and right now it’s proving difficult for Arteta. We talk about the absence of Pierre-Emerick Aubameyang as a blow, and obviously that’s an issue. Until Saturday, he had got something close to 50% of our Premier League goals, and while it’s not uncommon for one player to dominate goalscoring in that way, you have to be able to win games without him.

I think it’s also important that even when he’s back we try and lessen our reliance on him. I don’t mean to say he’s a crutch, but on his return we can’t simply think all our problems are solved because he’s in the team again. There is a responsibility on the part of other players to contribute more, and in this sense I feel a bit sorry for Arteta because he’s trying to coax more out three players who are finding it very difficult to do that.

On Saturday I thought there were positive signs from Nicolas Pepe. His footwork and skill on the ball helped create a couple of early chances – one in particular for Martinelli ought to have resulted in a goal. When you look at the context though, his most telling contributions – apart from the penalty he should have had – came when Arsenal were kind of on the back foot. We know he thrived at Lille on the counter-attack, but at Arsenal – and particularly under Arteta – he is having to be repurposed as a player who can be effective in a side which looks to have more possession and be in control of games. Of all the things he’s having to adapt to since his move, this is the most profound, because it’s almost a complete change in how he plays the game.

Inside him, Mesut Ozil has certainly been better under Arteta when it comes to his work-rate, the positional discipline, and that side of his game. However, there’s not much yet in terms of end product. In 17 appearances he has just two assists to his name – one in the Premier League which was from a corner so he’s yet to create a goal from open play, and one in the Carabao Cup. He hasn’t scored a goal, and has taken just six shots all this season (via @Orbinho).

There were a couple of Arsecast Extra questions yesterday that we didn’t quite get around to, asking if we should be thinking about somebody else to play in that position due Ozil’s lack of tangible contribution. One or two suggested Dani Ceballos, but Arteta himself made it pretty clear he’s not a number 10 in the traditional sense. Perhaps a tweak to the formation where you sit Torreira as a DM on his own and play the Spaniard alongside Xhaka further forward might be an option, but right now it seems the manager wants something else from the Swiss international. Tim wrote a piece about Ceballos here which looks at how he might fit.

Joe Willock isn’t a 10; Pepe is a wide player; Guendouzi isn’t that player either; so who else is there to give you what you need? At the same time, how long can you keep playing someone who isn’t producing what you need a player in that position to produce? Arteta must be thinking very carefully about the Lacazette situation too. Is it a case that you just keep playing him until he gets a goal and hope the confidence boost sets him back on track, or do you have to try something different sooner rather than later?

I suspect the toils of the Frenchman are a contributory factor to why we’ve kept Eddie Nketiah rather than send him out on loan again. We have two senior strikers – one of whom is now suspended and the other who is in such dismal form in front of goal that it almost demands a change and for something different. With Europa League football still to come, having more depth in that position is going to be important, but at the same time that depth is a 20 year old with limited experience who couldn’t quite force his way into the reckoning for a Championship side. That’s not to be critical of Nketiah by the way, simply a fact. He’s very young, still learning the game and so on, but this is what Arteta is going to have to deal with.

It is worth pointing out that in the earlier game against Chelsea, we ought to have made more of what was a very good first half display. Getting that second goal is crucial, as the United game demonstrated, but as long as we struggle to find the right recipe up front, we’re going to find it tough to win games. It’s Arteta’s biggest challenge in the weeks ahead and for what remains of this season, and it’s not one I envy.

Right, we recorded the Arsecast Extra last night discussing the 1-1 draw with Sheffield United, the performance, referees, Pepe, Martinelli and lots more. Listen/subscribe below or find it in all the usual podcast places. We’ll have news throughout the day on Arseblog News.