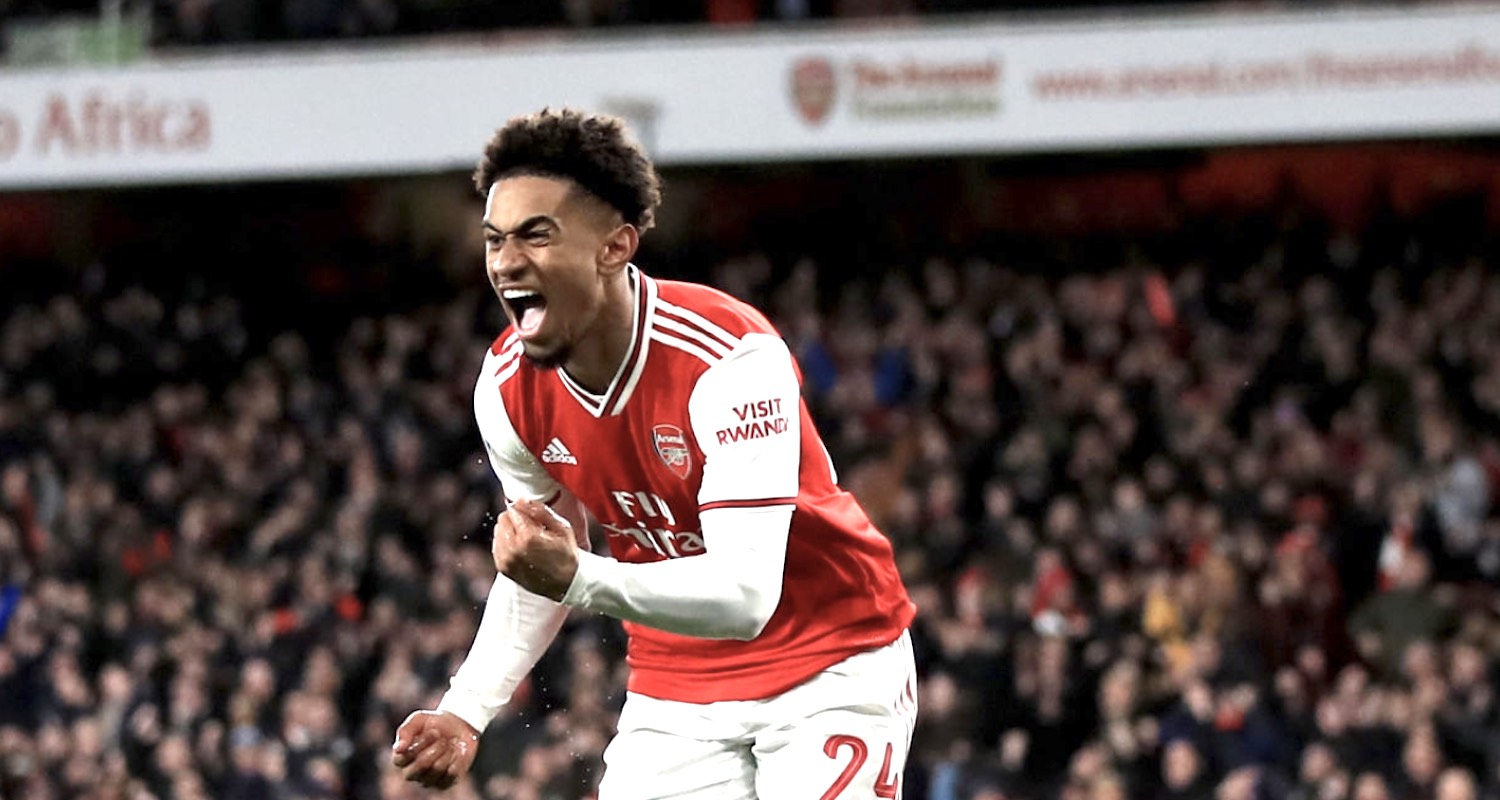 What happens when you get a game and you divide it in two pieces, where one team is good in the first 45 minutes and the other good in the second? That’s right. The potential to use one of the biggest cliches in football, something I am studiously trying to avoid this morning, but there’s no question that this was a game in which Leeds and Arsenal can have been said to be dominant for about 50% of the time each.

Mikel Arteta picked a stronger side than I had envisaged, and quickly it became apparent why. Even with the somewhat surprising deployment of Sokratis at right back, it was clear that we were facing a very good, very well drilled, and thoroughly confident Leeds side. There’s a reason why they’re top of the Championship and they made life very uncomfortable for us in that first half. The manager suggested they are the football equivalent of a trip to the dentist.

They had 15 shots to our 3 in the first half, Emi Martinez was called into action more than once to keep the scores level, and we looked like a team whose exertions over the last few games had caught up with us. On the sideline Arteta was visibly frustrated, and at half-time it felt like he’d have plenty to say to his players.

“He shouted a lot”, said Alex Lacazette afterwards when asked what had happened at the break. Arteta looked stony-faced at the BBC interviewer post-game when she revealed what had been said, and in his post-match press conference, he expanded on his reaction:

When I see what I don’t want to see – and I’m not talking about technically and tactically – what I expect from them and the standards that we wanted to set in certain areas, I cannot be happy and I have to let them know.

It was obvious that he had briefed his players what to expect from Leeds, and that they had paid scant attention to it. He talked about it being a game of 50:50s, winning tackles and duels, and when we did that we turned the tide in a significant way. Martinez was by far the busier keeper in the first half, in the second he was, if not quite a bystander, basically untroubled as Leeds failed to get the ball forward in any meaningful way.

The Arteta hairdryer, if you want to call if that, produced an immediate response from his players in the second period. Pepe had a pop; Reiss Nelson drove into the box but couldn’t quite find a way to get a shot off; Lacazette hit a free kick which clipped the top of the bar, and moments later forced the keeper into a good save; Guendouzi – who had been poor in the first half – was much, much better in the second and curled a left-footed shot just wide. All that in the opening 9 minutes of the half, and in the 10th we were ahead.

It wasn’t the prettiest of goals, but it was reward for drive and intent. Keeping the ball under pressure, Pepe turned and set off down the inside right channel. He fed it to Lacazette who tried to play it back to him in the box, but a desperate lunge from a defender saw him get there first. The ball came to Nelson at the back post, he miskicked it which fooled the keeper and that was 1-0 to the Arsenal. There’s another old cliche which says it doesn’t matter how the ball goes in once it does, and that seems to apply well here.

Leeds immediately made changes to try and change the momentum, but such was our focus they had no real impact, Arsenal continued to dominate. We brought on Gabriel Martinelli who looks such an exciting prospect, and he almost made it 2-0, but the keeper saved well. Kolasinac was through but saw a shot blocked, and there were some hilarious ructions towards the end when Sokratis went charging down the right, and engaged in some Olympic-style wrestling by their corner flag. As the game moved into injury time the Greek produced a match saving tackle as Leeds found some space down their left for once. He celebrated it like he’d scored a goal, those are moments that defenders live for.

In many ways he epitomised the increased effort of the second half. Ask any central defender to play full back and he’ll do the job, but he won’t thank you for it. In the modern game it’s a nightmare to get up and down the wing, especially at 31, but he did his job pretty well all things considered. And to be fair, the improvement individually and collectively in the second half applied to pretty much everyone.

If it was the effect of a half-time rollicking, then that augurs well because as Arteta said afterwards:

This new life under Arteta is demanding, in every aspect, and we’re obviously keen to see these players suffer, as keeps saying. I think we also need to understand that even with him cracking the whip, there are going to be games when we don’t quite do it for 90 minutes. There are going to be off-days. It is going to take time to produce the kind of consistency we’d all like to see.

I know that the ultimate goal is to play well for 90 minute as often as possible, but a key facet of being a successful team is the ability to win games when you don’t do that. In recent times we’ve been unable to grind our results. And while I’d love to see us do the business from start to finish every week, there’s also something enjoyable about being that poor in the first half and still coming out on top. We get so focused on what we do, we lose sight of the fact that a performance like that must have been gutting for the opposition and their fans. To have been so dominant in the first half, failed to take their chances, and then get turned over in the second must really sting for Leeds fans.

And this isn’t just about Leeds – although long-term readers will know how much I want us to beat them – I love this part of the footballing pantomime. As much as I enjoyed our second half response, I’m also heartened by the way we shut them up. They went marching on together … all the way back home with nothing, and I love that. They have bigger fish to fry this season, of course, and won’t be too disappointed to avoid the distraction of a cup run as they seek promotion to the Premier League, but leaving the opposition with nothing from a game in which they probably merited something is always enjoyable.

The draw for the 4th round was made before we played last night, and our reward for the win is a trip to Bournemouth, a game that will take place towards the end of January. For now, Arteta takes another win, and another clean sheet, into the preparations for Crystal Palace at the weekend. He says he learned a lot about his players this week, so it’ll be interesting to see how that is manifested in Saturday’s team selection.

There will be an Arsecast Extra this morning, but as James is away, I’ll be joined by Tayo Popoola to discuss last night’s game and all the rest. So, if you have questions or topics for discussion, send to @DJTayo and @arseblog on Twitter with the hashtag #arsecastextra – or if you’re on Arseblog Member on Patreon, leave your question in the #arsecast-extra-questions channel on our Discord server.

That’ll be up for you before lunchtime. Until then.

Leeds preview: Arteta up for the cup but rotation surely a must