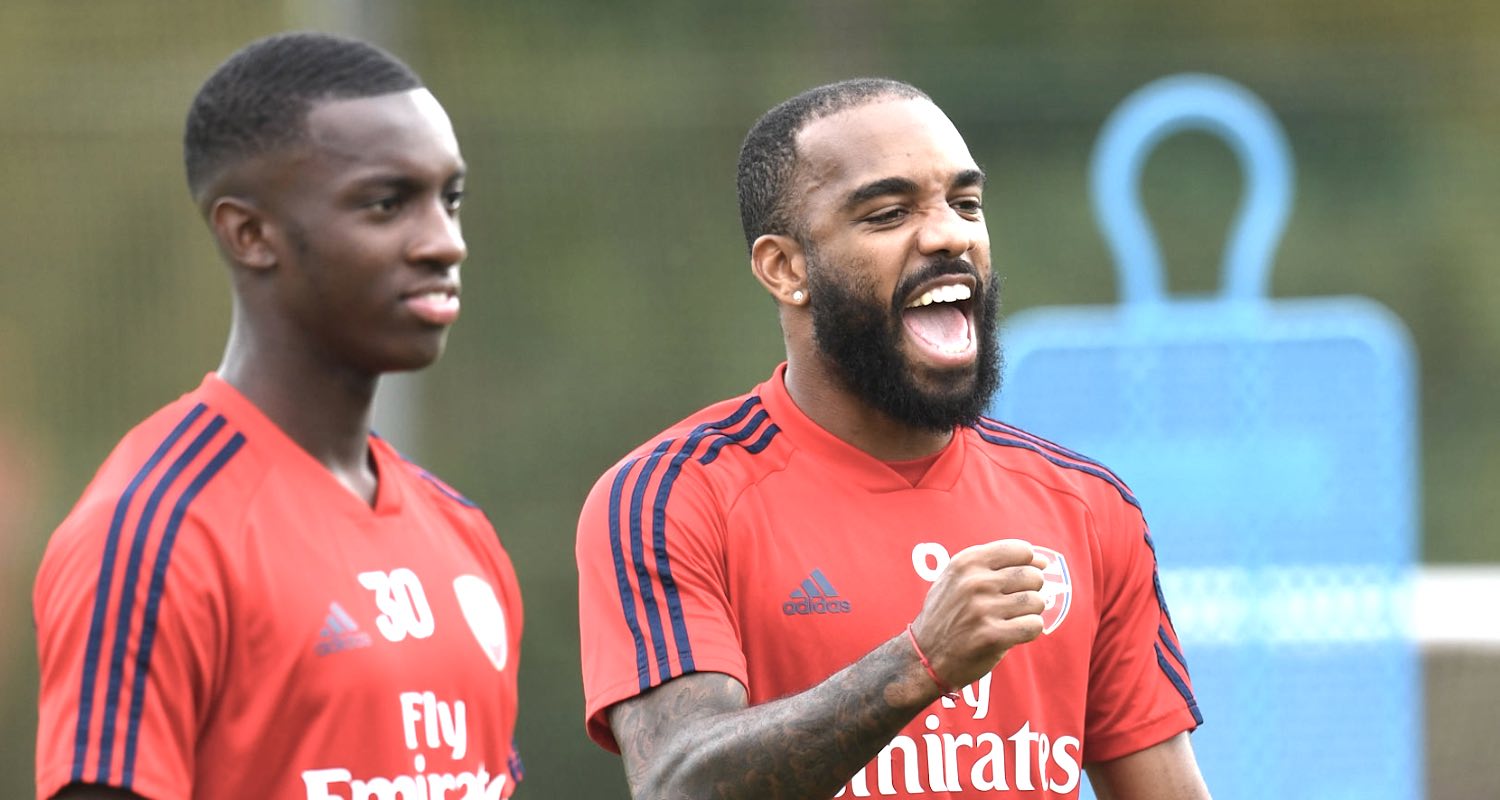 Morning all. Mikel Arteta met the press yesterday ahead of our Premier League game on Saturday against Sheffield United. There are a few interesting snippets that have emerged from it so we’ll go through those this morning.

I suppose the first thing to report on is the fact that Pierre-Emerick Aubameyang’s three game ban stands, and he’ll now miss the games against Sheffield United, Chelsea and Bournemouth. As I wrote yesterday, I don’t think we can complain at all, three games is the right decision based on what happened, and now we have to accept it, get on with it and make sure that his absence doesn’t prove too costly.

The big question is how to turn around Alexandre Lacazette’s poor form in front of goal. I think he’s a decent player, but when it comes to goalscoring he’s not really in the same league as Aubameyang. I don’t think he’s quite as bad as some would have you believe, even if his stats for this season don’t make for impressive reading and the fact that his goals are so heavily weighted to home games. I do think there are some mitigating factors, an injury pre-season really did put a dent in his fitness which has affected his form, but at 28 he should the experience to come through this.

Asked about what he could do as a coach to help the Frenchman find his shooting boots again, he basically put the ball in Lacazette’s court. Acknowledging his team need to create chances for him and that the onus is on the striker to finish the opportunities he gets:

You can help him by talking to him and giving him confidence, but that ball has to end up in the net. I think that’s the best medicine for strikers. What we have to try to do is put Laca in positions where he can have as many opportunities to do that as possible during a game.

If you read the press conference transcript yesterday, there was a bit missing in which Arteta spoke specifically and very positively about his overall performances, saying:

It’s a concern for me if he’s concerned about it. In relation to his performances, I am really happy with him. The way he contributes to the team, I’m really happy. He’s setting up goals for the rest, he’s creating chances for the rest of his teammates, his work out of possession has been phenomenal.

So, there’s a touch of arm around the shoulder, a touch of iron rod in what he’s saying. Let’s examine his stats though. In 1101 Premier League minutes this season he has 5 goals, and 3 assists. He’s had 30 shots on target, which is 50% of his shots, giving him an overall xG of 6.15. In comparison, Aubameyang has 2093 minutes, for 14 goals and 0 assists, with 54 shots on target (40% of his total shots) for a xG of 8.7 – so he’s scoring significantly above his expected rate. Last season his xG was 20.6 and he finished with 22 goals so that was about par.

Last season Lacazette had 77 shots on target (40% of his total), with an xG of 11.6 and ended up with 13 goals and 7 assists. He was also our player of the season. Where we saw a slight issue was in the home v away stats.

So, you can see there’s a range of percentages there, but for a player getting 50% of his shots on target, you might expect a higher goal return from Lacazette. That could be seen as promising, as sooner or later they’ll start going in, but we can’t wait for later, we need him to start scoring again now.

An interesting adjunct to this is the news that Eddie Nketiah, widely expected to go out on loan again having been recalled from Leeds, is now set to stay at the club until the end of the season. Apparently he has impressed Mikel Arteta in training, and while that may be true, I think he also provides a bit of depth to the squad in a key position, and a different option for the manager.

If Lacazette’s poor form continues, we do have options in the longer-term – the obvious one is playing Aubameyang up front in his best position, and using Gabriel Martinelli from the left hand side. However, maybe even the presence of another striker in the squad is useful. The last thing I’d accuse Lacazette of is complacency, while his finishing has definitely been sub-par, he isn’t slacking off in other areas of his game. Sometimes that bit of extra pressure from within can be useful though, and ultimately if his funk continues, it will be handy for us to have another striker to call on – albeit a pretty inexperienced one at Premier League level.

I suppose it’s also worth considering that as the season progresses, we might have to start prioritising games in the Europa League. It’s somewhat far-fetched given our form and recent troubles, but cup football is a strange beast. If we make progress in that tournament, we may well have to think very carefully about the teams we select for Premier League games in order to keep our ‘best XI’ as sharp as possible, and if Nketiah gives us greater depth in that regard, then it seems like a reasonable idea to keep him.

What makes this news particularly interesting is, having made it clear he’d make a decision about Nketiah that was best for the player and not based on Aubameyang’s temporary absence, Arteta must be thinking about giving him playing time in the months ahead. There’s only so far he can develop on the training ground, and playing competitive football is how he’ll really make progress. So, if we’re keeping him, we must be planning on using him. I guess all will become clear over the coming weeks, but given the lack of goals in the squad this season, you can understand why the manager would want another player with the potential to chip in.

Ok, that’s that for this morning. I’ll be back here tomorrow with an Arsecast ahead of the Sheffield United game, we’ll have all the news over on Arseblog News.