Home Arseblog, the arsenal blog Will it be better under Mikel Arteta? 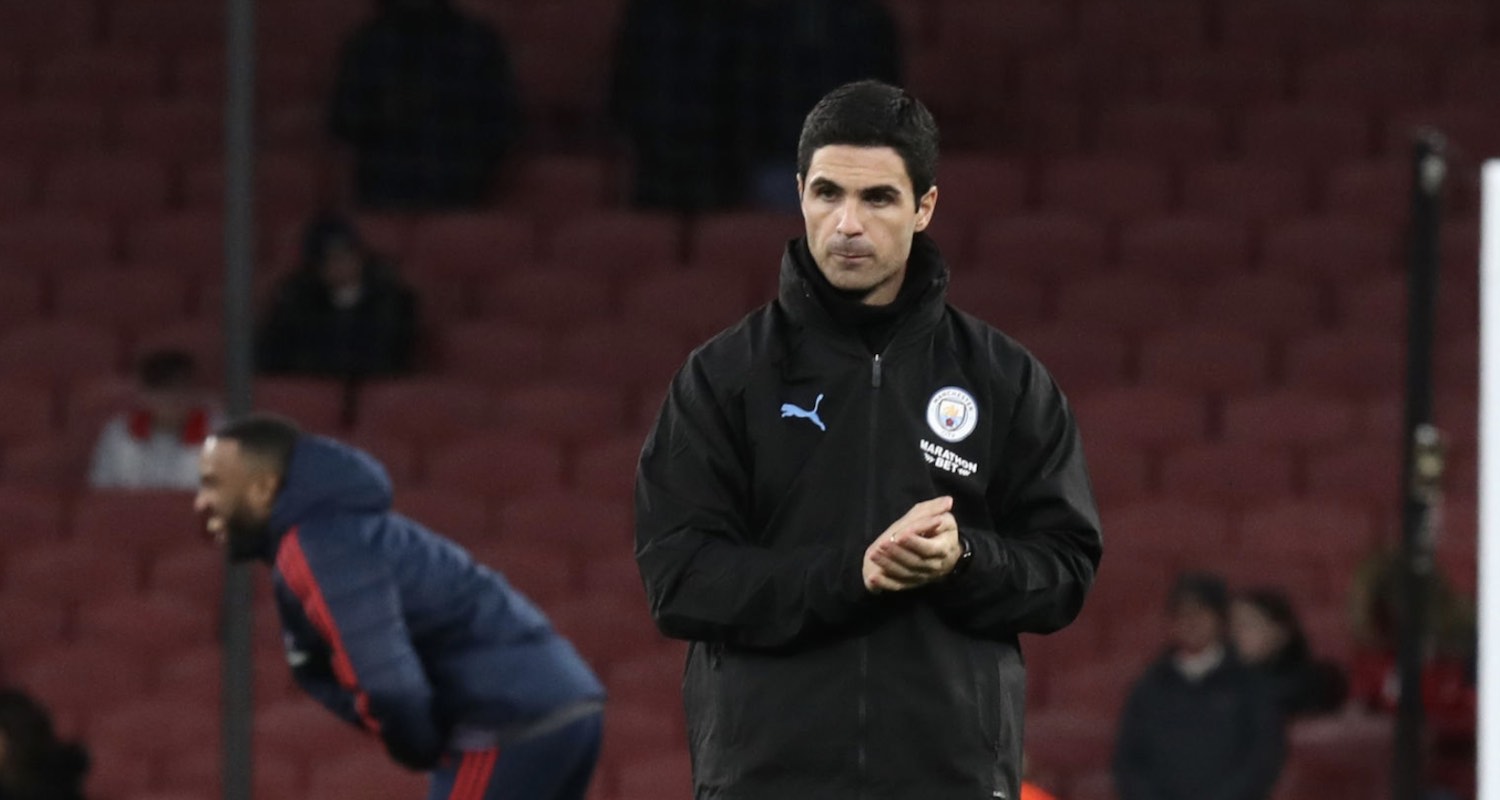 So, we know now that a delegation from Arsenal travelled to Manchester to meet with Mikel Arteta on Sunday night. Pictures emerged, stories have been told since about how Man City were unhappy that we didn’t mention our interest to them while, you know, they were in London and in the boardroom.

It seems like that would have been a good time to do it, in fairness, but don’t ask me to explain the way this football club does things at times. I just don’t know. What I do know is that things are at a very advanced stage in negotiations. Arteta wants the job, it’s now about getting the deal over the line. Some compensation for City, perhaps, a reported meeting with Josh Kroenke last night, and then it should all be done and dusted.

We’ve been here before, of course. May 2018 when the former captain spent the weekend in London looking at houses because he thought the job was his, and then on the Monday evening Arsenal dropped an Unai Emery shaped bombshell on everyone at the last minute. I don’t believe we’re going to do that again this time, although I was as blindsided as everyone else back then too. Podcast listeners will know we were doing a live show during which myself, James, Amy Lawrence and Philippe Auclair spent 45 minutes talking about the appointment everyone was expecting before Emery was appointed.

Then we got Ivan Gazidis smugly sitting there saying “Those who know won’t speak and those who speak, won’t know,” before he got out of Dodge as quickly as he could and legged it to Milan. There’s just one of that trio that were reportedly unanimous on Emery left at the club … for now anyway.

Anyway, from May 2018 to December 2019, and in a weird way – and I fully appreciate how odd this is – I think the job is more suited to Arteta than it was back then. When you look at it objectively, there are reasons to be skeptical of his appointment.

I mean, that’s kind of where you have to start with this. Whatever his bona fides as a coach, and he comes with the endorsement of one of the greatest coaches football has ever seen in Pep Guardiola, it’s still an incredible risk to hand him the reins at a club like Arsenal.

That said, it it’s not us, he’s going to get his start somewhere else. Someone has to be the club that gives him his first job. I can hear people say it should be a smaller club, let him work his way up to one of the stature of Arsenal, and I understand that completely. However, I think the state of play here at the moment means that – as much as we might not like to consider it – we’re smaller than we used to be. Our stature has diminished after three seasons in the Europa League and probably another next year if we do well enough to make the European places. That’s far from guaranteed as things stand.

Maybe it sounds counter-intuitive to eschew a manager/head coach with more experience, but as each week goes on, it becomes more clear to me that Arsenal are a club that needs to step back, take stock, and rebuild. We’ve tried to build on the ashes of what Arsene Wenger left. Things declined under him, we spent a lot of money on players like Aubameyang, Mkhitaryan, Sokratis – along with some young signings – to try and get us back into the top four. This summer’s business, with a club record £72m on Nicolas Pepe, felt like we were going all in. Betting the lot on the kind of improvement that would see us return to the top tour and that sweet, sweet Champions League lucre.

It didn’t work, Unai Emery got fired because results were so poor, and our chances of a top four finish are now so remote there are undiscovered tribes there. There are issues with some of our top/most experienced players. Pierre-Emerick Aubameyang will have 12 months left on his contract this summer, and chances are he’ll want to go and play elsewhere if we’re scratching around in the Europa League next season. Mesut Ozil remains a £350,000 a week burden on the wage bill. Both players are the far side of 30. Lacazette is another whose future may be in question but he has a contract until 2022, so there’s some wiggle room there. Sokratis and Luiz (31 and 33) are the centre-half equivalents of Joe Pesci and the other bloke in Home Alone. Neither of them has any long-term future here.

We finished Sunday’s 3-0 defeat to Man City with two 18 year olds, a 19 year old, and two 20 year olds on the pitch – an illustration of where that rebuilding job begins. There’s obviously a very clear need for recruitment in key positions, something that the club will have to do to support any new head coach, but also a real need to bring through talent from within and develop our Academy players. One of the things that has been a feature of Arteta’s work at Man City is improving individuals. It’s slightly different polishing a gem like Raheem Sterling, as opposed to making the likes of Joe Willock, Emile Smith Rowe, Bukayo Sake et al Premier League ready week in, week out, but it’s definitely within his wheelhouse as a coach.

Let’s be realistic though, having spent heavily over the last two summers, funds are likely to be limited, so this development of youth is going to be a key consideration. It’s going to take time, and it’s going to require a medium-long term plan. The idea of an experienced coach who can come in and stabilise things sounds reasonable, but is it really what we need? Wasn’t Emery supposed to do that anyway?

Obviously, an appointment like Arteta is a risk – for all the very obvious reasons that everyone knows – and I can’t sit here and make assurances that he’s going to do a great job. What it does say to me though is that there’s an acceptance of where we are right now and what it’s going to take to get us out of it. There are no quick fixes anymore. We’re no longer a club who need just two or three players to make us competitive again, we need at least two or three transfer windows plus a solid plan backing that up.

Maybe I’m just lost in a kind of delusion, but if you were to ask me my ideal hire right now, it wouldn’t be an Ancelotti or an Allegri, it would be a young, forward thinking coach who has lots of potential and I think Arteta fits the bill. So much will depend on how the club support him, and it’s something James and I discussed in yesterday’s Arsecast Extra. If they can clearly communicate to us to thinking behind this and their strategy for moving us forward again, it’d go down well, I’m sure.

Then again, they told us exactly why they thought Emery was the right man, and that didn’t end well, but it doesn’t alter the fact that this is a pivotal moment in the club’s modern history. It’s happening in an era when information is valuable currency, we have some many channels and sources and outlets, and there’s only one who can absolutely control the message – that’s the club itself. I don’t think they’ve covered themselves in glory with some of their recent communications, so perhaps it’s daft of me to expect that from them, but it’s something they should aspire to because it’s so, so important.

It’s also vital that we start this rebuilding process as soon as possible. Arsenal can’t continue with Freddie being asked to do the job of five men, supported by people already doing other jobs. We had the club doctor doing part of the warm-up against City apparently, that’s not sustainable. It’s shambolic. So, let’s see what the next day or two brings – a new arrival, perhaps some departures, time will tell.

I’ll leave you with the Arsecast Extra from yesterday. James and Andrew Allen were at the FSA awards last night in which we were nominated for Best Fan Media. We lost out to The Anfield Wrap, so congrats to them, and thank you to everyone for your votes anyway. Happy listening!