Home Arseblog, the arsenal blog Norwich 2-2 Arsenal: Some positive signs, but many questions too 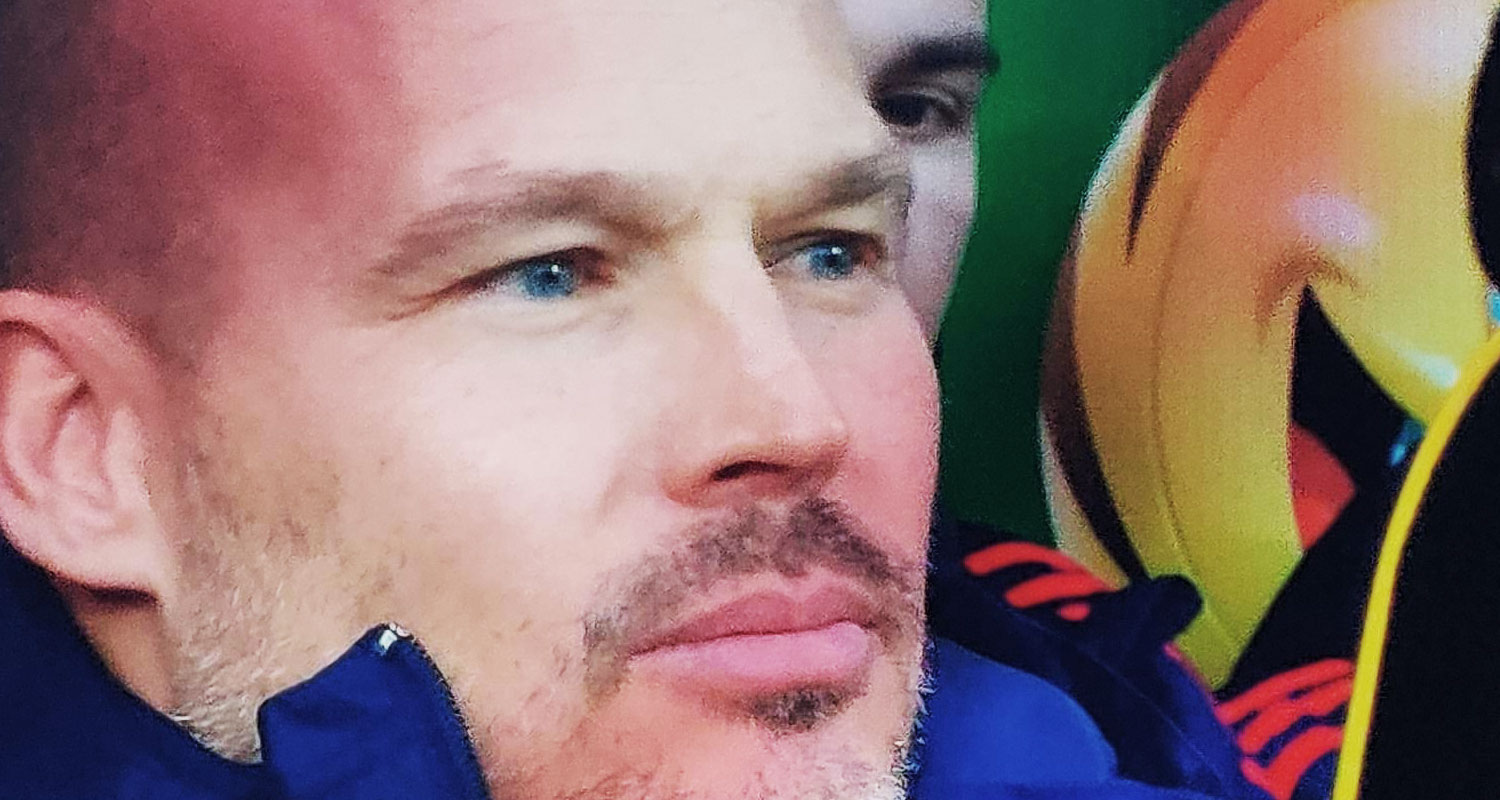 As the game drew to a close yesterday afternoon, and Bernd Leno saved us more than once as Norwich piled on the pressure, it was impossible not to think not much had changed. In truth, how much could Freddie Ljungberg do in two training sessions? The flaws this team has run deep, and as I said yesterday, the excitement of something new slightly masked the difficulty of the job he has in front of him for however long he’s going to do it.

And yet there were some signs of promise in the first half, despite us conceding both goals in that opening 45 minutes. We passed it better, we played with more control than we have in some time, and it was obvious that he was attempting to get us to play higher up the pitch and move the ball more quickly. We played much of the game in their half, and put pressure on their goal.

Lacazette should have scored early on; Mustafi had a goal-bound header cleared off the line; Chambers forced Tim Krul into a save with a header from a corner; and it was as proactive as I’ve seen Arsenal for quite a while. Then, of course, we conceded – somewhat against the run of play, but defensively we made it too easy for them. People will rightly point at David Luiz and Shkodran Mustafi, but I think we should also look at the midfield where Matteo Guendouzi stood off and allowed the pass through to Teemu Pukki in the first place.

The problem I think is that everyone can see that we had problems in transitions while we had possession, so that’s something that’s easy for a coach because we know what we need to work on. That’s to lock and not get countered on in those ways.

We lost the ball deep in their half, it took them two passes and just a few seconds to feed their striker on the edge of our box. I have don’t have much that’s positive to say about our centre-halves, but until we address midfield issues and offer them some protection at least, we will keep making it easy for teams to expose their weakness. It’s why I was quite surprised that Lucas Torreira didn’t start, because of all the players we have in the squad, he’s the most natural at doing that kind of job.

Our equaliser came shortly afterwards, a penalty was awarded for handball. VAR checked it. Definitely a penalty. Aubameyang took it badly, missed it. Wait. VAR check again for encroachment. Retake! Aubameyang took it again, this time much more emphatically. 1-1. It was all a bit surreal but the players know the rules about being inside the box when the kick is taken, and on this occasion VAR worked to our advantage.

I thought Norwich were lucky to keep all 11 men on the pitch when Guendouzi was fouled, over the ball, studs onto the ankle, but the referee said yellow. Then, as the first period went into injury time, we conceded again. Again Norwich broke down our right, exploiting the space where Calum Chambers should have been had he not been caught high up the pitch attacking, I don’t think there’s anything nice I can say about what Mustafi did so I won’t say anything at all, and Cantwell curled the ball in to make it 2-1 at the break.

We scored 12 minutes into the second half, Aubameyang making it 2-2 after the ball fell to him from a corner, and I hoped that might spark us into taking control of the game again, but this is unquestionably a team that has psychological scars. The initiative we showed in the first half was gone, and having been in this scenario more than once in the last few months, I think we went into our shells a bit – afraid to play in case we get caught on the hop again.

Norwich recognised that, put the pressure on, and but for Bernd Leno we’d have lost. The German made a series of excellent saves, the one from Cantwell in particular was superb, and if any team was going to win it, it was them. I thought Freddie might have used his subs better to be honest. Torreira for Willock was fine, but with 20 minutes to go, I’d have given serious consideration to taking off the ineffective Lacazette, moving Aubameyang central and putting on a wide forward to run at their defence. He had options, in Martinelli – who came on in injury time; Pepe, who remained on the bench throughout; and Saka who replaced Guendouzi in the 78th minute in a move which didn’t really work.

The Lacazette situation is interesting. It seems counter-intuitive to take off an experienced striker when you need a goal, but we have an issue with him away from home. At the Emirates he has 31 goals in 51 games; away it’s 9 from 46 (via @Orbinho). Mesut Ozil gets plenty of stick for not doing it when we’re on the road, but while Lacazette looks busier, his output is a problem that we need to recognise and do something about. When playing him centrally comes at the expense of Aubameyang – who still scored twice in fairness – I think there’s a decision to be made ahead of next away game.

What else? Well, I think it’s reasonable to ask questions of the starting line-up, particularly at the back. It seems fair to acknowledge that Emery would have been lambasted for this team selection. I just don’t understand Kolasinac for Tierney, unless it was somewhat forced by a fitness issue – but he was on the bench, so that makes it harder to justify.

I also thought long and hard about why Mustafi was recalled. Here’s what I’ve got: Sokratis has been really, really bad this season, particularly in possession and given the way Freddie wanted us to play, he went with the German because he’d been all right in the Europa League games, and because he’s better and more confident on the ball. He also didn’t have much else to work with because he needed Chambers at right back in the absence of Hector Bellerin, and Rob Holding isn’t quite 100% apparently, so what else was there?

It was a big gamble, one he felt he had to take in the hopes that Mustafi’s contribution to Arsenal in possession would be enough to outweigh his potential defensive deficiencies. It didn’t. I don’t think there’s any way to ‘fix’ this defence with the players we have at our disposal right now, so to mitigate that weakness you have to focus a bit more on keeping the ball and being more effective from an attacking point of view. Unfortunately, Mustafi’s performance yesterday reminded everyone of why we tried so hard to move him on during the summer, and whatever else you might think of Unai Emery, he wasn’t wrong in that regard. There’s a world of difference between the intensity of the Premier League and the kind of teams we’ve faced in Europe too, and he was given the runaround by the Norwich attack throughout.

This isn’t to focus completely on him, by the way. As I’ve said above the lack of protection our defence gets is pathetic, but when you play with Mustafi, Luiz and Kolasinac – three defenders for whom defending is an afterthought, and Chambers in a position we know is not his best, it’s too much for any team to cope with. It’ll be very interesting to see what he does for Thursday’s game, because there are lessons to be learned from yesterday’s gamble. He’s not blessed with a great collection of defenders, but I don’t think you can overload any team with the combination we saw yesterday and expect not to be found out.

So, more points dropped, and I think we all knew it was going to take some time to get this team back on track. There’s no quick fix, but thanks to other results we haven’t fallen any further off the top four than we were going into it. It’s a shame we couldn’t win because every point is vital at this stage, but the reason this rut is so deep lies well above Freddie and his decisions yesterday.

There’s midweek football this week remember: a Thursday night visit of Brighton to the Emirates, so let’s hope there’s more to enjoy in that one.

Podcast will be up mid-morning, until then, take it easy.

Tactics Column: A deep analysis on Aubameyang’s lack of goals