Home Arseblog, the arsenal blog No hiding place for Sanllehi as Arsenal ponder next appointment 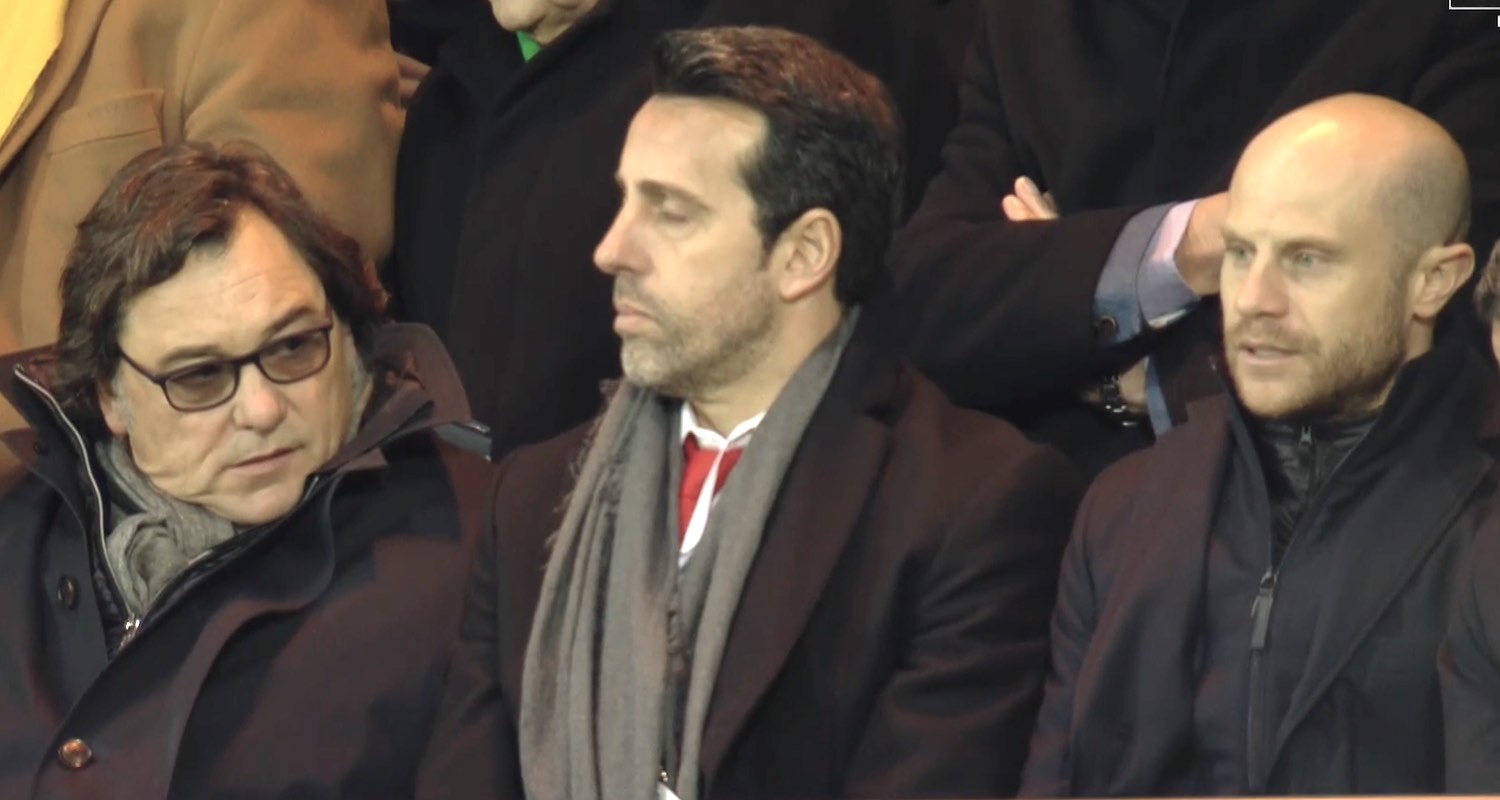 At this point nobody knows if Freddie Ljungberg is going to be the right fit for Arsenal, whether that’s in the short, medium, or longer term.

However, his chances of being successful have received a massive boost this morning. I just read a piece on the BBC in which Chris Sutton says he’s definitely not the right man, so on the basis that he talks an almighty load of nonsense most of the time, it’s now clear for you all to lump on Freddie with your favourite bookie.

In seriousness, the whole thing is so up in the air right now, it’s impossible to know what exactly is going to happen. What I think we can say with some certainty is that Arsenal made the right decision regarding Unai Emery, but did so from a position where they weren’t ready to bring someone else in. If you’re a regular reader you’ll know I’m no fan of Jose Mourinho and even less so of Sp*rs, but they fired Pochettino and had The Malevolent One in charge inside 24 hours.

All those stories about how Arsenal wanted to give Emery more time, how we’d even been thinking about extending his deal and so on, appear to have been accurate. Emery went because there was no other option, results and performances were so bad we had to do something to arrest the downward trajectory, but the people running the football side of this club weren’t prepared for what was an obvious eventuality.

Since then countless names have been linked with the job, you don’t need me to go through them all, but over the weekend Rory Smith of the New York Times made an excellent point about the amount of potential new managers linked:

Arsenal having a list of a dozen candidates to replace Emery isn't a sign of thoroughness. It's a sign that the people running the show don't know what they want. Might still get a brilliant manager who turns it all around, but it's not a great start.

With Emery, despite it becoming increasingly obvious that his appointment was very heavily influenced by Raul Sanllehi, there was a get out for the Head of Football in that Ivan Gazidis was the executive figurehead at the time. He did make it clear that the decision to hire the Spaniard was ‘unanimous’, and when you go back now it reads like an awful lot of waffle:

We had some clear criteria that we were looking for in our selection, the first was progressive, entertaining football …

So, to an extent Raul can say he was just one cog in the recruitment machine, but Unai Emery arrived without the ability to conduct an interview in English and only one of that trio speaks Spanish fluently. I don’t think it’s a wild assumption to suggest that he was pivotal in the decision making process and convincing the others that Emery was the right man, and that he fit the criteria they had laid out.

As an aside, I have suspicions that there’s a book to be written about that recruitment process and the way the final decision was made, but that’s one for another day. Nevertheless, he can also say that he was just part of it, Sven and Gazidis also had to get on board, and this decision was made by the committee and ratified by KSE, Stan and Josh Kroenke.

This time around though, there’s no hiding place for Raul. Although we have this Football Executive Committee (FEC), he is at the top of the food chain when it comes to the decision making. He is Head of Football, and while he’s got Edu as Technical Director beside him, and both Vinai Venkatesham (the Managing Director) and Huss Fahmy (who is apparently Director of Football Operations) will play a part in the process, the buck stops with him.

Josh Kroenke may be more involved now, but asking him to pick a new manager would be like asking a toddler what they’d like to wear: he’d come downstairs in a Spiderman outfit on inside out and backwards, a pair of wellies on his arms, underpants on his head and with his Dad’s slippers on his feet.

However, the more hands-on approach from Kroenke Jr is interesting. We’ve been used to Stan being both silent and distant. He’d rarely show up at games, and infamously left at half-time once because it was too cold. Josh is different. He does go to games, he is visible, and he communicates. There’s a lot to be critical of KSE for, but if we complain they’re not involved enough, his attempts to change that have to be seen as cautiously positive.

Now, whether he’s going to be good or competent or dynamic enough to push the club back in the right direction is another thing, but at least he’s there and showing a level of interest that hasn’t been present in the past. He appears to give a shit. How much of a shit time will tell, but it’s better than no shit at all, and it allows Stan to concentrate on his LA Stadium and the billions that’s costing. Maybe part of it is simply recognising that as an asset Arsenal is an important part of their sporting portfolio, and unless something changes for the better, the book value is going to be affected as the price-tag for that LA arena continues to skyrocket.

Even if that is the case, that’s it’s simply business, it should demand a kind of ruthlessness when it comes to how the club is being run. Which means that the next manager/head coach is so critical not just for Arsenal but for Sanllehi as well. He’s already been part of one failed appointment, because rather than take us forward, the last 18 months under Emery have set us back. The downward trajectory Arsenal is on has to be addressed. If the next guy doesn’t work, then you obviously try again in terms of someone to lead the football team, but if you were the owner you might start asking very serious questions about the people running the football club on a day to day basis.

Jobs are on the line here, and it’s not just the head coach/manager, and his associated staff that will be for the chopping block this time. It adds a certain frisson to this new process, and whether it will affect it for better or worse we’ll have to just wait and see. Will it mitigate the risk factor of appointing someone like Freddie or Mikel Arteta, making a ‘safe pair of hands’ the more obvious choice? I suspect it makes it more likely that whoever comes next will be a ‘name’, rather than a left-field appointment.

As I’ve said before, Arsenal have done well before when going against the grain. Bertie Mee, made manager having been the team’s physio, won the double in 1971; George Graham was a successful former player but eyebrows were raised at the idea of us appointing the manager of Milwall; and everyone knows the ‘Arsene Who?!’ stories from back in the day. Times have changed, I know, and the recruitment processes are far more detailed than they ever have been, but sometimes you need to brave, and I hope there’s enough willingness within the FEC to do the right thing for the club ahead of what might be best for any of them.

Righto, there was a lot of football to talk about on yesterday’s Arsecast Extra, in which James and I discuss the 2-2 draw with Norwich, Freddie’s management of the game, and loads more. Listen/subscribe below.