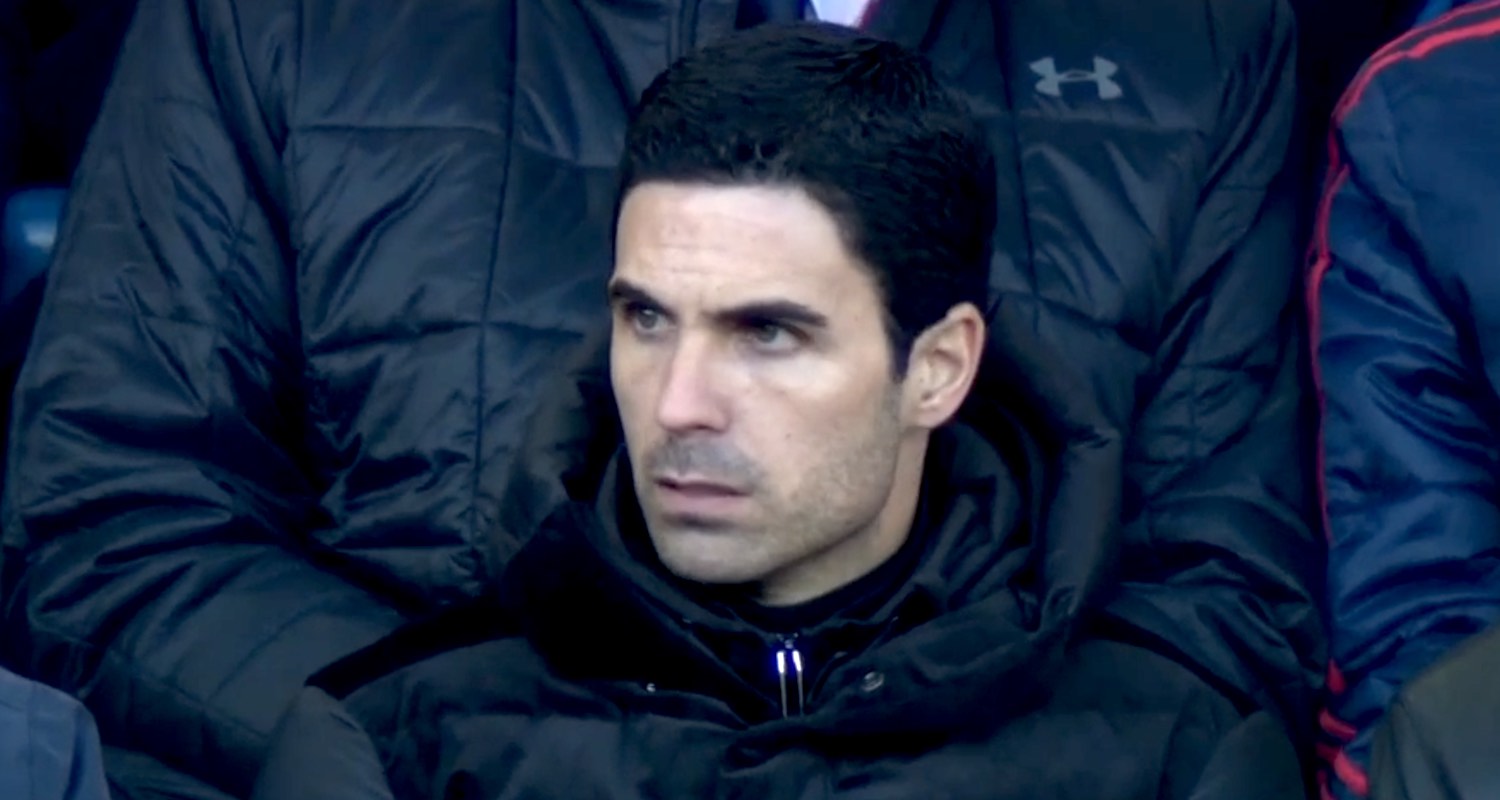 Somewhere near the North Pole, Satan Claus was going through his letters and his list of who’d been naughty and who’d been nice. ‘What about this little boy?’, he thought. He’s had a very difficult year, and he’s been very good. He then bestowed on him the greatest Christmas gift of all – a clean sheet – and Bernd Leno was ever so happy, a contented smile crossed his face as his footballing bed-clothes remained unsoiled.

Meanwhile, in the stands at Goodison Park, TV cameras showed Mikel Arteta and Carlo Ancelotti (who had been appointed Everton boss just before yesterday’s soporific 0-0 draw), watching on. You could almost see both of them intently reminding themselves: ‘Do not make any kind of gesture or facial expression which belies the WTF I am feeling inside’.

Arteta sat alongside Raul and Vinai, and was pictured in deep conversation with Technical Director Edu and Steve Round, who will be part of his coaching staff. A penny for those thoughts, because what happened on the pitch wasn’t great. Now, having not kept a clean sheet for 14 previous games, you can’t ignore that was a positive we could take from the day.

Particularly when you looked at the team selection. Bukayo Saka, an 18 year old winger was asked to fill at left back and he coped admirably; Freddie started Gabriel Martinelli and Reiss Nelson, and gave a first Premier League start to Emile Smith Rowe; Nicolas Pepe and Alex Lacazette sat on the bench; and there was no Mesut Ozil at all who had a foot injury – but had he been fit he’d have been left out anyway after his reaction last weekend.

It made for a disjointed kind of performance, and bar a few minutes early in the second half where we put some nice passing moves together, it was all fairly pedestrian from both sides. Again, if we’re looking for some crumbs of positivity, Everton came into this one on the end of a considerable new manager bounce which saw Duncan Ferguson guide them to a win over Chelsea and draws with Man Utd and Leicester. So they were, relatively speaking at least, pretty confident.

It was hard not to feel the presence of the two incumbent managers in the stands though. There wasn’t much missing in terms of work-rate or effort, but nobody wanted to be the one to make the mistake which might doom them from the start. Neither side offered much of an attacking threat, our best chances came via Gabriel Martinelli late in the first half and Aubameyang in the second who was denied by a fantastic Pickford save. Beyond that, there weren’t too many highlights and an xG of .5 v .7 tells you a lot about how the match went from a goalscoring point of view.

If you want to be super nice, you’d say that both our central defenders played well – yes, even David Luiz – but it’s been a very low bar this season, so it’s not tough to be better than we have been. Freddie’s changes were interesting. Lacazette replaced Aubameyang, there was no room at all for Pepe, and while it was a shame his final game didn’t end in a win, I don’t think he was remotely interested in sugar coating the issues that Arteta faces when he takes over.

The club has said they want me to stay. Of course I’m going to have a chat with him tomorrow. Hopefully it’s a good one.

I do have a little suspicion in the back of my mind that he might not stick around. That’s all it is, by the way. I have no information or rumour or anything else, but the way he’s gone about his business in the last few weeks might just have scorched the earth a little in terms of some of the players. On Ozil’s situation, he said of his reaction to being taken off last week:

Mesut was injured but I would not have picked him for the squad because I want to make a stance that it’s not what I accept from an Arsenal football player. That’s my decision. I won’t make the decisions again but that’s what I think.

Don’t get me wrong, I have no problem with that whatsoever, and I think this is a squad which has been allowed to get away with far too much for far too long. I like that Freddie has no truck with that kind of behaviour, and if you look at the things Arteta said in his press conference on Friday, that uncompromising attitude will fit very nicely into the new set-up, so I do hope there’s room for him.

His relationship with the young players – who are going to feature prominently simply because there are no other options to flesh out this squad right now – is another important factor that we need to take into consideration, and maybe it’s just a case he doesn’t care less who he upsets in the process of trying to achieve results for Arsenal. Again, I’m all right with that. Let’s see what happens there.

So, having watched from the stands, and having seen us up close and personal last week at the Emirates, I’m sure Mikel Arteta will have some strong thoughts about this squad, and what he needs to do with it. He’s going to have to implement his ideas quickly, because right now we sit in 11th place in the Premier League, an inauspicious place for a club like Arsenal to be at this point of the season.

We need to be realistic, of course we do. We can all see how tough it’s going to be, and to try and change things at this time of the year with so many fixtures, is nigh on impossible. It doesn’t alter the fact that his job is to win football matches for Arsenal, something he acknowledged in his media briefings on Friday, so how he’s going to do that is his first big challenge.

A new Arsenal era begins this week, and I’m genuinely excited, curious, fascinated and a touch anxious about it all. Freddie did his best with nothing much in the way of support from the club. Arteta’s staff will be announced this week, and with just a few days to work on the training ground, let’s hope he and they can build on the small blocks of positivity from yesterday, and do one better when we face Bournemouth on the 26th.

Have a great Sunday folks. Till tomorrow.