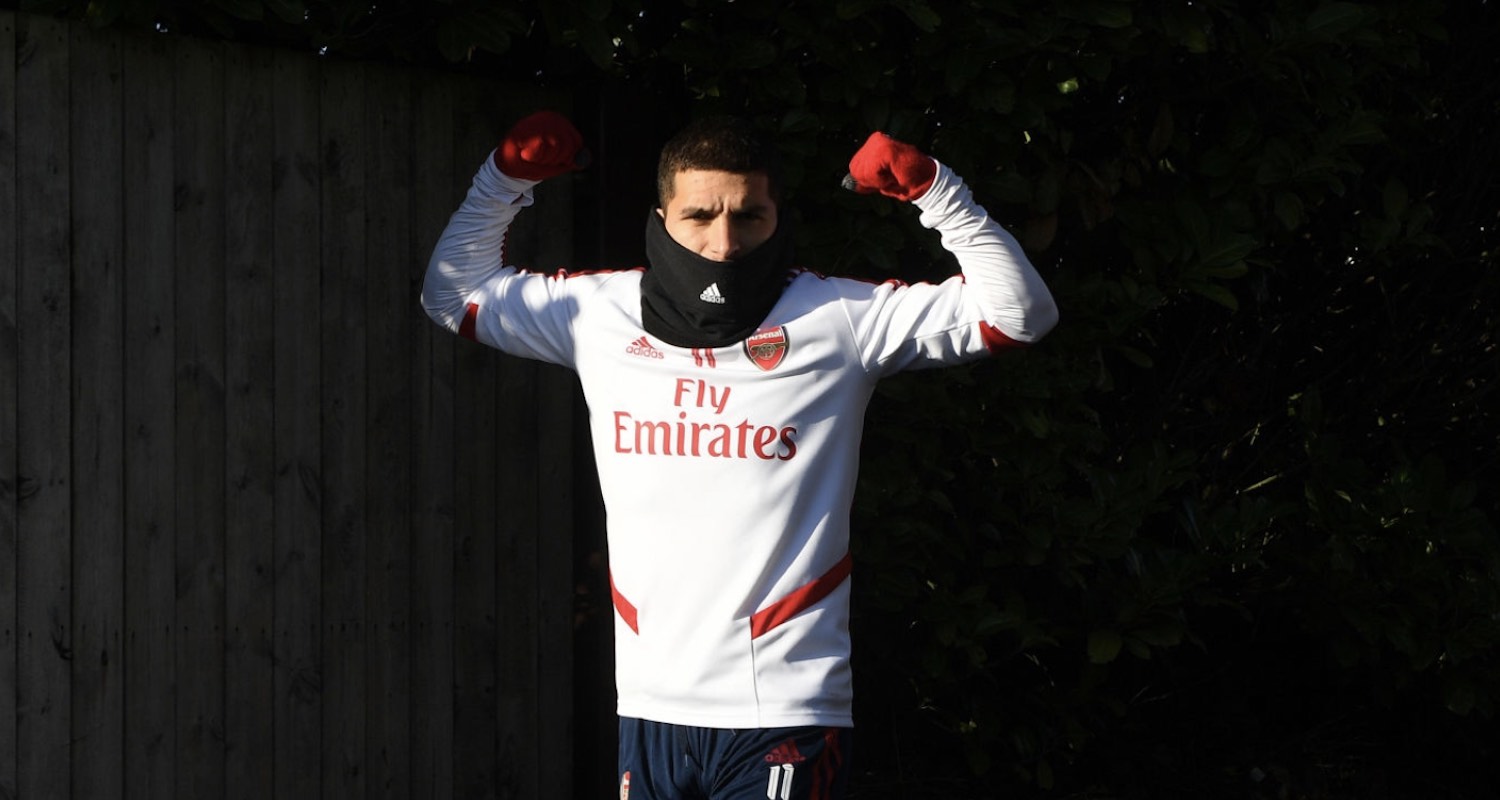 Morning all. I was going to say the hard work begins today for Mikel Arteta, but it doesn’t. It began yesterday as he took charge of his first training session as head coach. In the pictures he’s doing a lot of smiling, but also a lot of pointing. Not, I hope, Flamini-esque pointing, but to illustrate what he wants from his players when they’re on the pitch.

What’s really interesting to me about the situation Arteta finds himself in is that he wants his teams to play attacking football, and it’s clear that the area in which we have the most talent/depth is up front/in the final third. He’s got Pierre-Emerick Aubameyang, Alex Lacazette and Nicolas Pepe, as well as the precocious talent of Gabriel Martinelli. There are young wide options in Bukayo Saka (needed elsewhere for now), and Reiss Nelson; and if he can squeeze anything at all out of Mesut Ozil, there’s a creative talent there that could prove useful.

The thing is though, you can’t play good attacking football without some kind of defensive platform. It’s just not possible, and given the defenders and midfielders he has to work with, that’s going to be a massive challenge for him.

We know all about our centre-halves, but right now he’s without his two first choice full-backs. Kieran Tierney, a £25m signing in the summer, will be out until March, while Hector Bellerin is struggling to regain full fitness and power after his cruciate injury. It’s going to be a bit mix and match back there initially, as Sead Kolasinac is also missing, and Rob Holding is going through something similar to Bellerin after his own cruciate problem. Calum Chambers is suspended for our next game too.

Midfield is an area in which we could offer that brittle backline some protection, and I do wonder if Lucas Torreira is someone who could really benefit from the arrival of Arteta. His first few months at Arsenal were very good. Perhaps we over-egged the praise a little bit because he brought qualities to the team we’d long been seeking, but when you look at the players the new head coach has to work with, he is obviously the most naturally suited to a defensive role in front of the back four.

And let’s be really clear: we definitely need somebody to do that job. We’ve seen Granit Xhaka try it, but while he’s solid with the ball, his speed of movement too often left him in trouble. To be fair, he’d make the cynical kind of foul that Arteta is going to want his players to make, but they were more about getting himself out of the mess he’d put himself in rather than proactively stopping the opposition, if that makes sense.

Matteo Guendouzi is a talented player but defensively I think he’s got a lot to learn, so he’s not yet a real candidate for that position in my opinion. Again, he could well be a big beneficiary from this new regime. Arteta can demand more from him physically, but I don’t think he can make him any faster. What he can do is teach him about positioning, improve his decision making, and ensure that he’s not caught the wrong side or bypassed so easily in midfield which then exposes that lack of running power. It’ll take some time though.

Torreira, however, made his reputation in Italy playing as a defensive midfielder. When Sven Mislintat crunched the data on players who came close to producing what N’Golo Kante did for Leicester and Chelsea in that position, Torreira was basically top of that list  and that’s why we spent £27m on him. The Premier League and Serie A are a bit different, of course, but that’s what he’s good at and where he’s best.

He didn’t fit the physical profile of what Unai Emery wants from a player anchoring his midfield, so he used him further forward. We now have a player who looks a bit lost, a bit unsure of himself, and low on confidence – like many others. Arteta spoke about ‘quick fixes’ at his unveiling, and I think one of those should be to try and reestablish Torreira as the defensive linchpin of the midfield, and work from there. In the absence of significant funds in the transfer market this January, what other choice is there?

Arteta spoke about the need to lift the players morale, to improve confidence:

The secret is that the people, the players and the staff, have to believe what they’re trying to deliver. You have to be able to transmit it, and people will buy into that. When you do that, then you are a team and everybody’s together and united you’re stronger.

If he can communicate as impressively to the players as he did in his press conference on Friday, then he’ll definitely get them on board. How quickly we get to see the benefits of that on the pitch remain to be seen, but it’s going to fascinating to watch it all develop over the coming weeks and months.

James and I will be recording the Arsecast Extra today – but not until this afternoon so the podcast won’t be available until early evening or thereabouts. As ever if you have questions or topics for discussion, send to @gunnerblog and @arseblog on Twitter with the hashtag #arsecastextra – or if you’re on Arseblog Member on Patreon, leave your question in the #arsecast-extra-questions channel on our Discord server.