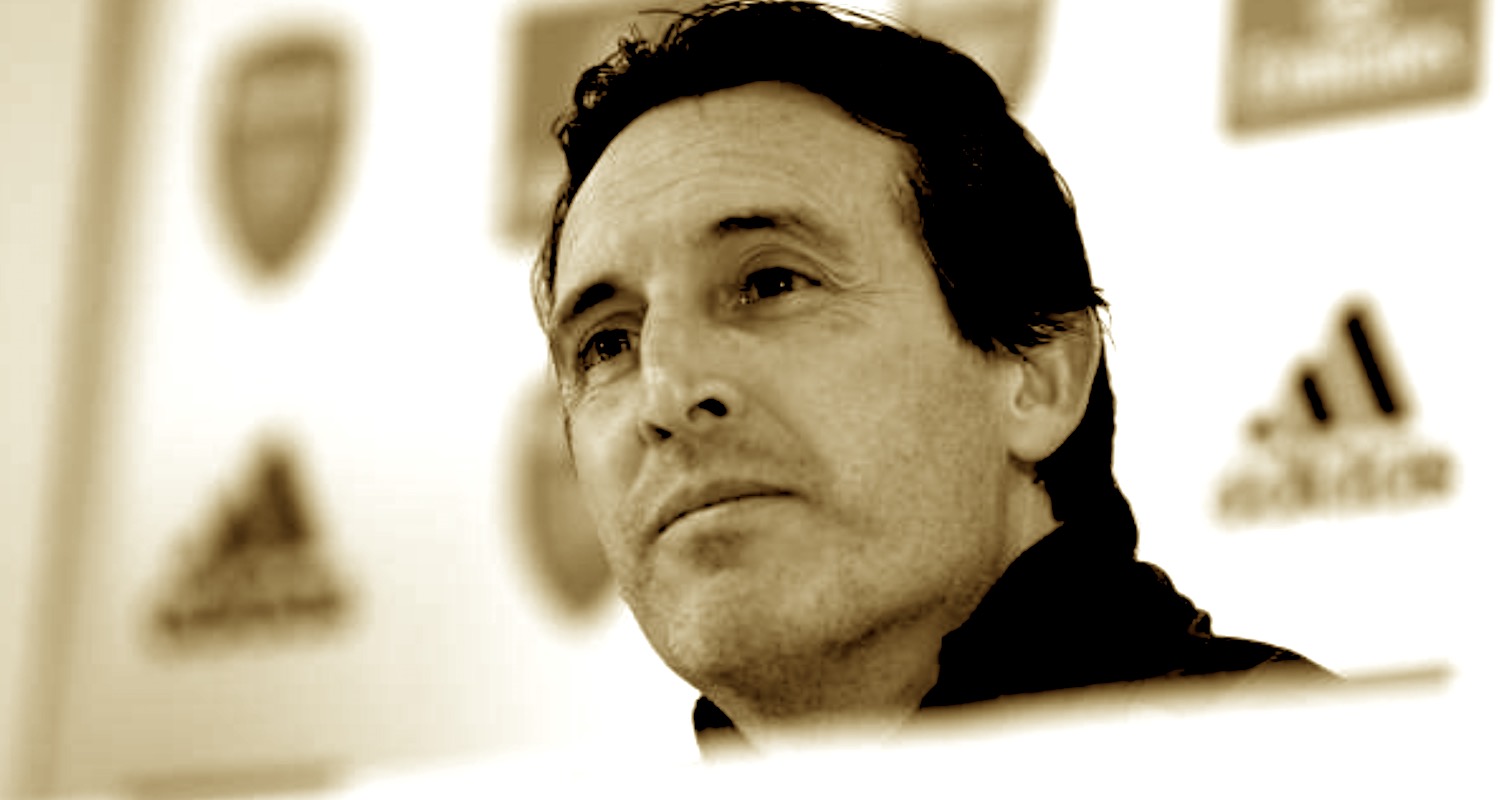 That was Unai Emery’s reign as Arsenal’s head coach. It came to end yesterday with a statement that was rightly respectful but also straightforward. It said ‘Unai Emery leaves club’, and that a decision had been made to ‘part company’ with the Spaniard and his staff. He wasn’t sacked or fired in the official version of events, and I quite like that.

However, there was no hiding from this:

The decision has been taken due to results and performances not being at the level required.

For me that’s the bottom line. That’s what it’s been about, and what it should always be about. I never thought for a second that Emery wasn’t trying, didn’t want to succeed or make things work. He seemed like a decent guy who wanted to do well for Arsenal and obviously himself, but over time it became more and more obvious that wasn’t happening.

In the end I don’t think it was any one thing that caused his downfall, rather the weight of many issues and a run of form so poor that there isn’t a football club on this planet that wouldn’t have made the decision we did yesterday. In truth, many of them would have made it well before now, but that’s been a bone of contention in discussions here for weeks, so there’s no need get into it again this morning.

Something I think what gets lost in the current fog of recent despair is how much people wanted Emery to do well when he took over. I’ve been critical of what’s been going on for a while, the end of last season creating such nagging doubts in my mind that I could never get past them, but when he started, like all of you, I wanted him to succeed. It should go without saying: but his success would be Arsenal’s success, and that’s what we all want.

There was recognition too of the difficulties he faced: a new club going through something of a seismic operational shift, new country and language, a new league and, of course, following in the footsteps of Arsene Wenger – a manager whose legacy we’ll probably never see the like of again. The fixture list for his opening campaign dealt him as difficult a start as we’ve had in years – Man City and Chelsea. We lost both, yet there was understanding.

After that came a 22 game unbeaten run in which results were definitely better than performances, and even if concerns were raised about how underlying metrics suggested it couldn’t continue, wasn’t it better to be winning games – or at least not losing – while he figured out how to make improvements? His tactical flexibility felt fresh, he wasn’t afraid to use his subs early in games, and very often those changes worked and helped us gain points.

As time went on though, the things viewed through the prism of positivity and optimism began to look a bit different. Our glass went from half full to half empty. Tactical flexibility became confused tinkering; a double sub at half-time was no longer the coach putting things right, it was him getting his team selection wrong in the first place. Results declined, performances declined, we ended last season atrociously and in some ways I think he was lucky to keep his job.

Had our league season finished the way it did without a European final I think the pressure would have been far greater. Instead we had a two week wait for the trip to Baku, a chance to rescue what we’d thrown away domestically, and with all the hoo-ha around that game and the interminable wait for it, by the time we’d lost much of the frustration about the Premier League finish had dissipated. We just needed a break.

Summer came, players came, players went, and on the tour of the US I genuinely sensed positivity around the club. The group seemed happy, there were signs that the football – now infused by a clutch of new, exciting Academy players as well as new arrivals (including a £72m record signing) – might be a little more expansive. How much did we look forward to seeing that front three of Aubameyang, Lacazette and Pepe terrorise defences?

Even after the end of his first season, the slate had been wiped clean somewhat, and again we were focusing on the positives and what we might produce. The talent was there, it was down to Emery to make the most of it and fashion a team which played to its strengths and got the best out of the players we had.

Fast forward just a few months and the mood had changed considerably. For me, the Watford game this season had a profound effect on this team, the players faith in their coach and the fans belief in him too. We got absolutely pummeled in the second half, we ought to have lost, Granit Xhaka said the team were scared and I’ve been over this before but that set alarm bells ringing for me. It never felt like the Swiss international making excuses after a game, it was an experienced player making it as clear as he could within the confines of a media interview that there was something badly wrong with the way Emery was managing the team.

The issues were endless. Fractious relationships with players; Ozil and Ramsey left out then brought back; a lack of genuine authority despite trying to be an authoritarian when he first took over; no defined style of play; our captain basically destroying his own legacy to get away from the club as quickly as possible this summer (more alarm bells); the indecision over simple things like who should be captain; the Xhaka situation for which the player deserves criticism for his reaction, but under which Emery had lit a fuse that never needed to be lit with his handling of the captaincy; poor communication, and clumsy attempts to connect with fans who had long lost faith; there was just so much in 18 months that it had to come to head.

Ultimately though, it comes down to what happened on the pitch. When he took over, he was to ‘build on the platform created by Arsene Wenger’ (Stan Kroenke); and ‘play an exciting, progressive style of football that fits Arsenal perfectly’ (Ivan Gazidis); while Emery himself acknowledged ‘Arsenal is known and loved throughout the world for its style of play’.

Yet nothing we saw ever lived up that. I don’t know that he ever understood what Arsenal is supposed to be about, at least in my mind. Of course there’s a balance to be found between attacking football and defensive solidity, but over time we learned that his primary focus was always the opposition, always looking at how they might hurt us and setting up accordingly. Rarely, if ever, was it about identifying their weaknesses and looking to exploit them with the talent we had. It was almost never about us going out and controlling games, being the protagonists he said he wanted to be when he first arrived.

The football was dour, stupefying, and unenjoyable. The performances bore that out. If there was confusion among fans about how we were supposed to play, it became evident that was shared by the players who often looked bewildered. We’d have moments and flourishes here and there, but never solid, consistent performances that gave us a platform to build on. Do we press or not? Sometimes press, sometimes not. We play out from the back now, ALL THE TIME. No, wait, stop, it’s scary to do that, let’s not. He was brought in to make us defensively better, we’re actually worse than we were before he took over.

The tactical tinkering didn’t make us a chameleon team as he once suggested, it simply undermined the coach in the minds of his players. At least if there had been consistency of thought and application and it didn’t work, you could say he had clear ideals and principles of how he wanted the game to be played, but that was never the case.

We’ve all watched this team’s performances this season. There are few, if any, redeeming features. No green shoots. As time went on, Unai Emery stood in his Arsenal garden wondering why nothing would grow, blind to the fact he’d basically salted the earth. The club had no choice to do what they did yesterday. He tried his best, it wasn’t good enough, we move on.

Emery’s not a bad guy – just the wrong guy. I’m sure he’ll go somewhere else soon and have a much happier time. In the same way as player can tank at a particular club then flourish elsewhere because the circumstances are right, I suspect the same will apply to him. He was the wrong man at the wrong time, and 18 months down the line we now need to look forward because we have a season to salvage.

My overwhelming feelings this morning are of relief and a tinge of excitement. For the first time in what feels like ages I’m really looking forward to Arsenal game at the weekend. Freddie Ljungberg has been named interim coach, and to see a former Invincible in the dug-out, with perhaps one or two others to join him, twangs on all the right receptors. I don’t know how it will go, nobody does, but in order to move forward Arsenal and Emery had to go their separate ways.

I’m happy that we have, because now we can hopefully focus on football again, rather than the tedious focus on something that wasn’t working. There’s a whole other blog post about what comes next, who comes next, how and when we make that decision, but that can wait for another day.

I thought Emery’s goodbye statement was classy and dignified, and I wish him luck and success wherever he goes next. The Emery era is over though, I’m now so ready for Freddie for however long he’s in charge – and let’s hope that from here we can start to rebuild again and that we see the Arsenal we all want to see on the pitch.

For more discussion of the events of yesterday, James and I recorded an Arsecast Extra shortly after it all went down. Listen/subscribe below, and just a quick thing, today is the final day for voting in the FSA awards. Please give us a vote for Best Fan Media, and help all the other Arsenal related candidates up for awards too – https://www.surveymonkey.co.uk/r/fsa-awards-2019.

Happy listening, and there’s from me tomorrow as we prepare for Norwich and Freddie’s first game in charge.