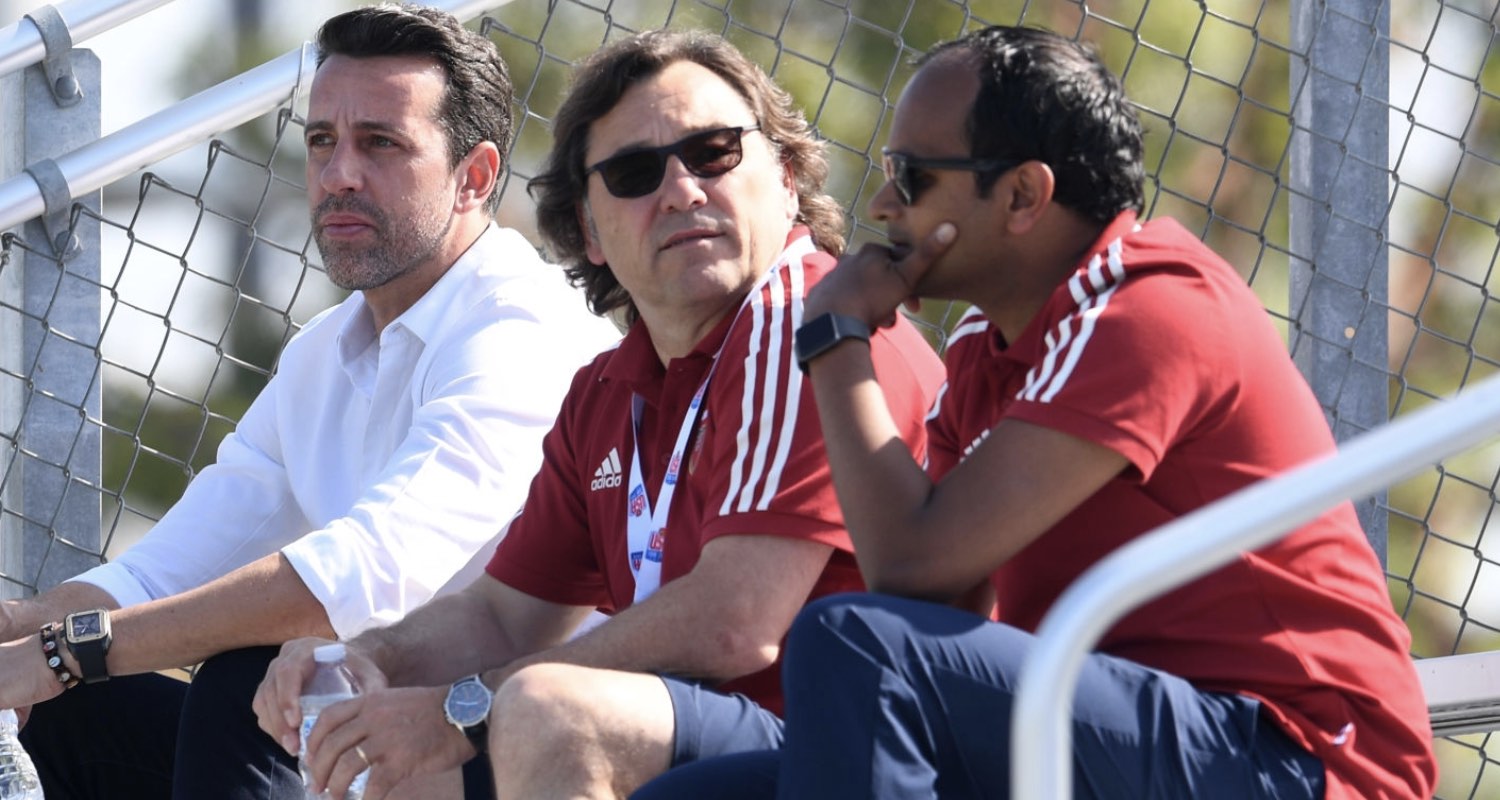 I saw a headline yesterday which suggested that in January, if the transfer ban is lifted, Frank Lampard might have £150m to spend at Chelsea. I can’t speak to exactly how accurate that is, and we know that transfer talk is often wildly exaggerated, but it’s an interesting thing for us to consider.

They’ll have an appeal heard by the Court of Arbitration for Sport later this month and if successful they can buy players when the transfer window opens. From our perspective, that’s bad, because they’re already 6 points ahead of us in the Premier League, at a time when they were supposed to be unsettled and going through a difficult time.

Obviously there’s much about Arsenal that is frustrating at the moment, but compounding that is the fact that we have ‘traditional’ top four rival going through tricky periods themselves. While Leicester might be over-performing, Man Utd and Sp*rs are certainly not where many people expected them to be. I don’t think anyone can argue that 2 points from 9 is not a poor return from our last three games, but it’s made worse by the fact we’ve failed to put the right kind of distance between us and them.

United lost on Saturday to a Bournemouth team who are so bad even we beat them, while Sp*rs third successive draw leaves both clubs on 13 points, in 10th and 11th place respectively. Arsenal might be higher up the table in 5th, but with just 17 points that’s a gap that’s basically closed with one bad result for us and one good one for them.

As we ponder our poor league form – which stretches across two seasons now – the inability to leave them trailing in our wake after three relatively winnable fixtures feels like something that is going to come back and bite us in the arse. We have a game on Saturday against Leicester which could leave us 9 points off the top four unless we pull of that rarest of things – an away win against a decent side.

I dislike having to use Chelsea as an example for anything, but I thought this was interesting reading from the BBC about the impact Lampard is having there. It is still quite early in his tenure there, and there’s a part of me that wonders if there’s an element of the analysis that’s similar to ours when Unai Emery took over. The newness of it all makes you look at things a certain way, there’s a desire to find the positives in things even if it doesn’t always stack up.

Our 22 game unbeaten run was a bit like that last season. Clearly responding that way to two defeats in a row at the start of the campaign was excellent, but suggestions that we were riding our luck a little bit in terms of performance and how many chances we allowed the opposition were often downplayed because results were good. Emery did things Wenger didn’t, such as making half-time changes, and it felt fresh. Over time, there was an equalisation when the opposition started to take more of the chances we gave them, results suffered, and stuff like making a double change at half-time became more about Emery getting it wrong from the start than being decisive and fixing things when required.

Which is to say there’s a feel-good factor around Chelsea that might fade in time, but when you read the piece it feels like as a club and as fans they have something and someone to believe in again. I guess it’s quite funny to say that about a club who were Champions as recently as 2017 and who, as we know to our own cost, won the Europa League last season, but it is what it is in the context of their recent history. I also thought this part was interesting:

Lampard has so far made Chelsea more appealing in terms of their style too and it has been no easy task unstitching Sarri’s team, who took their time getting anywhere on the pitch. The new Chelsea head coach has made the passing quicker and more direct, leading to a rate of 2.3 goals per game which outstrips Sarri (1.7), Conte (1.9) and Mourinho (1.8) in his second spell at the club.

When you see how statistically Arsenal have struggled under Unai Emery, in almost every metric you can think of, it just adds to the worries about this team and where it’s going right now. Nor should we underestimate the benefits of having a manager to connect with and to believe in. We’re never going to have another Arsene Wenger, he was a once-off in terms of longevity and the impact he had on the football as a whole. We don’t now need a man who has to revolutionise the entire club to make us successful, because over the years football has changed and the club itself has changed immeasurably.

We have the finest facilities, we’re not lacking in staff, there’s data, there’s science, there’s backroom support, improved fitness and medical teams, there’s technology, it’s all there. So to is a squad that has enough talent to make the top four this season. Despite my concerns about our form and how poorly we’re playing, I still firmly believe that the players we have are good enough to achieve that goal. It just needs someone to come in and get the mix right.

Not just from our perspective as fans, but those players need it too. There are growing whispers of dressing room discontent, never a good sign for a manager, but how could you really blame them? They’re ambitious, they want to win, they want to play Champions League football next season. Worries about our strikers refusing to sign contracts because of that precise concern should have the boardroom thinking long and hard, but Aubameyang and Lacazette feel to me like players who would be happy to stay if we were achieving what we should be.

It’s an age-old concern though, when a club is under-performing – and we definitely are – your best players don’t want to stick around. That’s not unique to us, that’s football, but it’s something we need to give very strong consideration to. Our goal this season is to finish in the top four: if we don’t do it, and certain top players depart because of that, that ambition becomes even more difficult to achieve next season.

This is a pivotal moment in the recent history of this football club. We need the people at the top to be decisive, to be strong, and to improve us – not allow us to drift along until such time as our season becomes impossible to salvage.

For more discussion on the Wolves game, Emery’s future, potential replacements, boardroom responsibility, and lots more. Check out the new Arsecast Extra below.