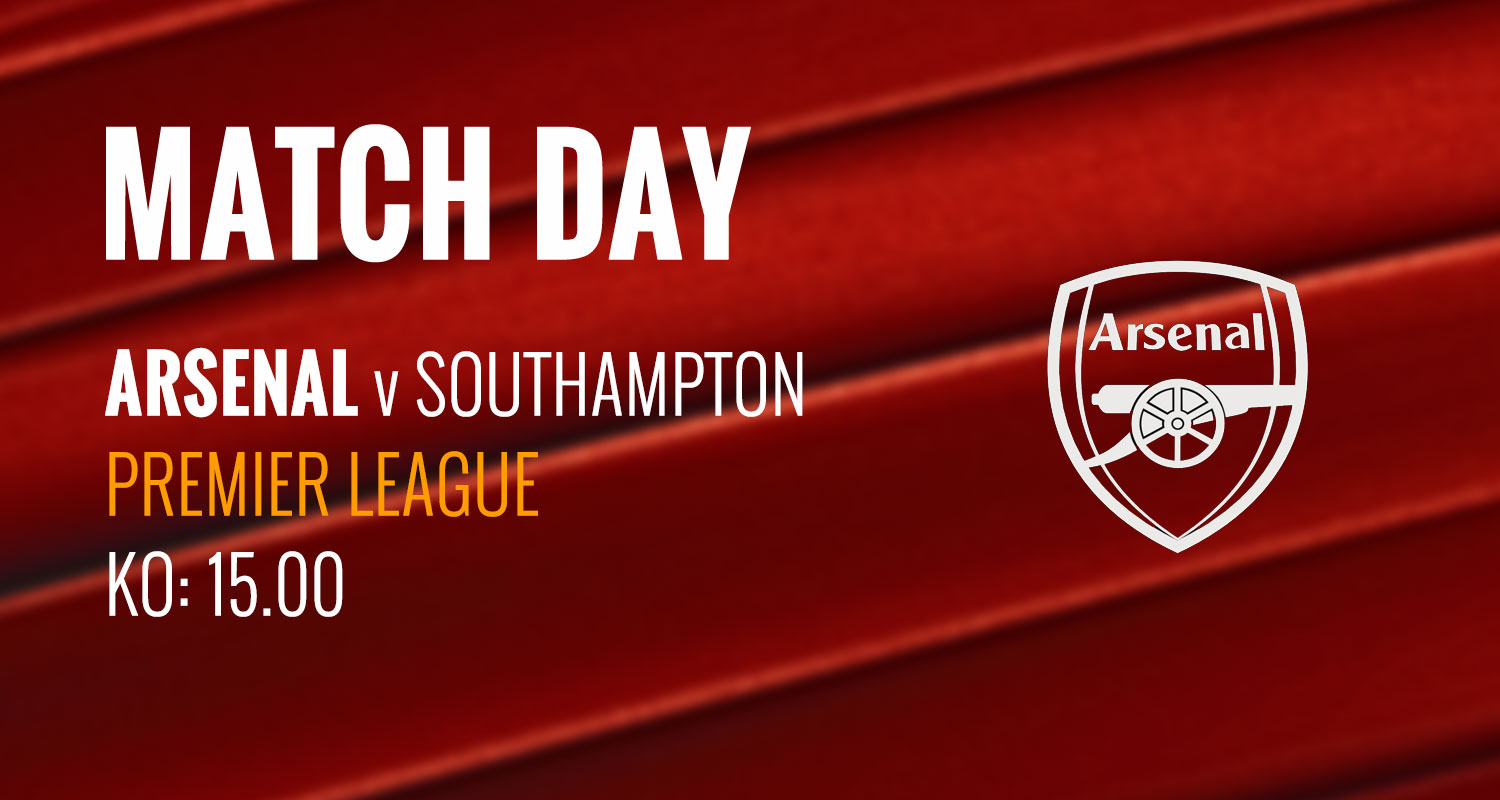 It seems like an age since I wrote a match preview, so here we go again!

Arsenal take on Southampton at the Emirates today, sorely in need of a win and three points. Our form has been done to death, we all know the stats at this point, and the last time we won a Premier League game was on October 6th (1-0 over Bournemouth), so a victory is well and truly overdue.

We face a team that has gone through some difficult stuff of their own lately. The Saints were recently demolished 9-0 at home by Leicester, the kind of defeat that leaves scars, but nevertheless, Unai Emery is wary of their threat going into this. The Arsenal boss said:

Every team is a very difficult team in the Premier League. I think they also need the points because they are now not in the best moment for them, but they are playing, I think, better away than in the matches at home.

They are very competitive also, away.

They have just 1 point at home this season, but 7 on their travels, so on paper he is right, but their recent form of one draw and four losses in their last five games doesn’t make for pretty reading from their point of view. Astonishingly though, it would still see them sit above us in a table based on away points only, as we have just 5 to our name this season. Is that astonishing? I feel like it should be, but I’m not sure it is if you’ve watched Arsenal this season. We are definitely stronger at home – even if we’ve only won one of our last five in total – so basically we’re about to see two sides who are struggling badly come together this afternoon and who knows what it might bring. A colossal shit-off, perhaps.

I genuinely have no idea what formation Emery might pick. Will he stick with the back three that looked marginally better against Leicester, but still saw us lose 2-0 and create very little, or revert to a back four and load up the attacking end of the pitch because that’s where we’re strongest? A front three, or two strikers being used auxiliary wing-backs to offer protection to our actual wing-backs?  I just don’t know. Hopefully the players do.

In terms of team news, there’s no Dani Ceballos who is out until mid-December with a hamstring strain; there are also doubts over Sead Kolasinac (oh well), Rob Holding, and Bukayo Saka. Granit Xhaka basically remains un-pickable but it wouldn’t surprise me to see him included to some extent today, not least because Emery seems even more unconvinced by the unhappy Lucas Torreira than ever (based on some quotes I’ll touch on now shortly).

I just can’t, with any certainty, predict a line-up, a formation, or how we might play and perform. What I can say is that this is a game from which three points are an absolute must. Anything less and the inaction of the football executives and the ownership means they’ll be the ones responsible for an act of self-sabotage which will make our season even more difficult than they’ve allowed it to become already.

Right, I mentioned Lucas Torreira, and during the Interlull both he and his agent made it fairly clear that he is not enjoying his time at Arsenal. Hints at moves to Italy, Spain and even back to South America did the rounds, but at the core of it is the fact he wants to play in his best position, at the base of midfield. It was to do exactly this job that we signed him from Sampdoria, and early in his career here we saw why. He’s really quite good at it – stuff like positioning, tackling, interceptions, and he does have quality on the ball too.

However, Emery doesn’t really agree. He’s made that obvious by the way he, you know, never plays him there, and insists that he does other stuff in midfield which he’s not bad at per se, but isn’t what he’s best at. Ahead of this game, the head coach was asked about the Uruguayan, and while insisting his has a future at Arsenal, says he has to improve (Pot? Kettle?):

He has a very big future here, but he needs to improve. He has to learn in some situations to help us and do better. It’s one process.

He was playing good last year; this year he’s not being consistent but my challenge to him is to improve, to do better with some tactical issues on the pitch, but above all being consistent and taking that into the next matches.

It seems a bit odd to me that a manager who hasn’t managed to produce any consistency from his team this season would suggest an individual is culpable of the same when analysing his performances. Aubameyang, and maybe Bernd Leno have been the only ones to manage that, and in the case of the latter it’s because we allow to get peppered with shots game after game. He looks good because a key part of our team is bad and thus allows him to display his qualities.

Emery then goes on to reveal why Torreira can’t play as a defensive midfielder:

He’s helping us, he’s sometimes playing well, he’s being consistent, but needs to learn and improve in that issue.

So, to clarify, he’s not consistent but now he’s consistent. He’s not defensive enough because he doesn’t have the offensive skills to be defensive. Emery is challenging him to do better tactically, despite the world and its mother struggling to understand the tactics in the first place. I’m glad he cleared all that up for us.

Seriously though, what a mind-melting dude he is. He’s turned himself inside out inside the space of a couple of sentences, imagine what it’s like to try and understand what he’s asking from you during training etc? Emery says he showed Torreira some videos to illustrate what he’s talking about, but this is a player who shone in Italy in that very specific role, and despite his difficult times at Arsenal has established himself for Uruguay in the same position. Maybe the issue isn’t Torreira’s understanding of the job, but what Emery appears to want from a player there.

He just needs to be a consistent inconsistent offensive attacking defensive pressing creative midfielder. Simple. My head hurts, and it’s little wonder the player is confused and looking elsewhere for some clarity about his career.

Right, that’s plenty for now. We have a 3pm kick off later, so if you can’t see the game, join us for a live blog, in which we’ll bring up to date text commentary, goal clips and more. Check back here for a post with all the info, or bookmark our default live blog page and updates will begin automatically.

Until then, I’ll leave you with yesterday’s brand new Arsecast for some pre-game listening. Enjoy.