Home Arseblog, the arsenal blog Emery cracks it as Xhaka situation rumbles on 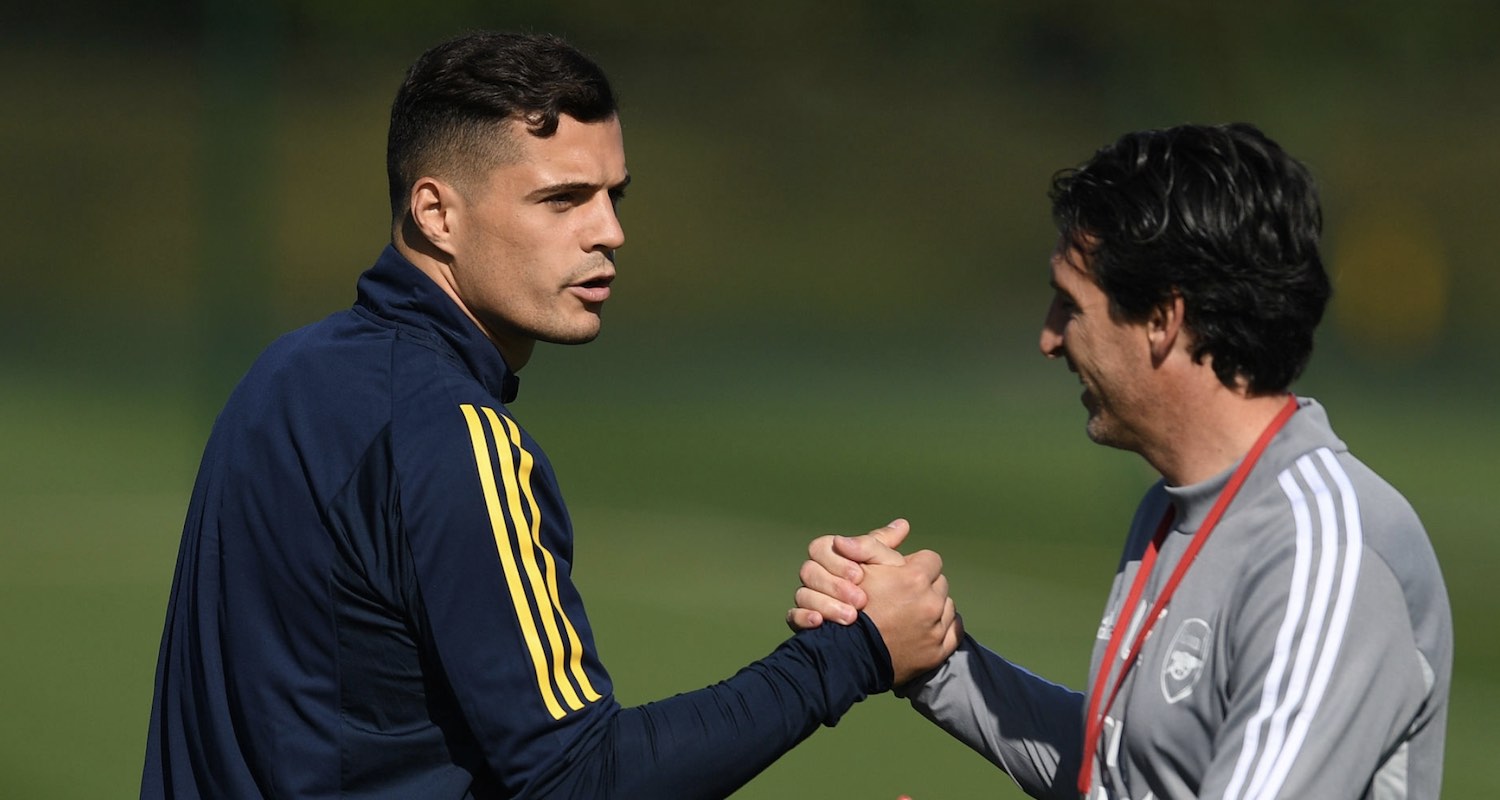 Morning all, happy Friday to you and football is just a day away. After Unai Emery’s press conference I’m feeling enthused and optimistic ahead of the Southampton game because the head coach says he knows how to improve things. It’s a plan of some fiendish complexity, so it might take a bit of time to explain it properly.

We need to play better.

The man is a goddam genius. Why didn’t we think of this before?

‘Lads, remember how you’ve been playing terribly? Just do the opposite!’

Title incoming. In fairness, he’s not wrong, and he does go into it in a bit more detail, saying:

First, connecting with our supporters in Emirates, but then also not only thinking about the results. We need to play better and control the game better in 90 minutes. We are winning and drawing, not losing at home, but really we are not convincing the people, the supporters.

It’s our first objective. I spoke to the players, our success is going to be starting by being comfortable, strong and confident at home. We want to deserve to win each match.

As ever, he’s kind of over-complicated it because I’m not 100% sure what our first objective is now – whether it’s to convince the supporters or to play better. They might well go hand in hand, because if we do perform at a higher level than we have in the recent past, then fans will certainly be happier, if not necessarily fully convinced that the corner we’ve turned doesn’t have an open manhole right in front of us that we haven’t seen yet.

However, the first thing should be to play well, everything else follows behind that. I understand his referencing of fans, it’s an acknowledgement that things are not going well, but the priority should be to improve the collective performances. Does this mean that he might be influenced in terms of his team selections/formations because he thinks it might make the supporters happy? We might get a better idea of that tomorrow.

One of the decisions he has to make is the involvement of Granit Xhaka who has returned from international duty, apparently in a better state of mind than before he left. Emery said:

He is coming back better in his mind, his mindset is better to help us and to be closer to playing when we need him. I spoke to him this morning and we had a very good conversation.

He also made it pretty clear that he wants him to make a comeback, which is not a surprise given that he is a player he has relied on for the most part since he took the job at Arsenal. On his potential involvement on Saturday, he said:

We are going to decide tomorrow … but I want to do that comeback, give him confidence and make him comfortable. And when we can connect with our supporters with a good moment and a good performance and being strong with them.

Emery is trying to mend fences and build bridges, he knows he’s a bit light in midfield due to an injury to Dani Ceballos which will keep his compatriot out for another three weeks or so, but quotes from the player himself don’t appear to be quite as sensitive to the situation. Speaking the Swiss media, Xhaka said:

I have a clear idea as to how things should proceed, and Arsenal know this as well.

Although I still have a contract with them, I will be glad to return to the club so we can finally sort matters out.

There will surely be a solution, as I can’t accept what has happened with me.

It really doesn’t read like a man whose primary objective is to stay and make things better. Maybe it’s a quirk of translation but there’s nothing in there that sounds like Xhaka views his future at Arsenal, or that it’s something he’s interested in fighting for. Of course he is perfectly entitled to feel angry and embittered by the fact he, as captain of the club, was jeered off, but more and more his part in it all gets whitewashed.

Maybe there’s a sense of guilt in some quarters, but while it wasn’t nice, his reaction as captain of the club was unbecoming and to be this far down the line without him acknowledging it was inappropriate to the goad the fans and tell them to f*ck off as he was leaving the pitch means the relationship isn’t going to get much better.

As I said, and have consistently said throughout this whole saga (which is now festering on towards its fifth week), he can feel however he wants, and if he doesn’t want to apologise, back down or hold out any kind of olive branch of his own, he is perfectly entitled to do that. But reconciliation requires both parties to be open to it, and if Xhaka isn’t, then there’s no real future for him here, regardless of what Emery wants.

Again, we’ll have to wait and see if he’s involved tomorrow, and in what capacity. A place on the bench? Starting? Emery’s team selections have almost always included a surprise so who knows? We’ll preview the game properly tomorrow, so join me in the morning for that.

For now though, I’ll leave you with a brand new Arsecast in which in I chat with Philippe Auclair about the whole Pochettino, Mourinho, Sp*rs thing, as well as what’s going on at Arsenal, Unai Emery and more. There’s some good waffle, and an incredible vocal performance from James as he reprises his Billboard Chart Number 1 from this week’s Arsecast Extra.

All the links you need to listen/subscribe are below, please share if you feel like it, tell your Arsenal friends about this podcast they need to listen to! Enjoy.