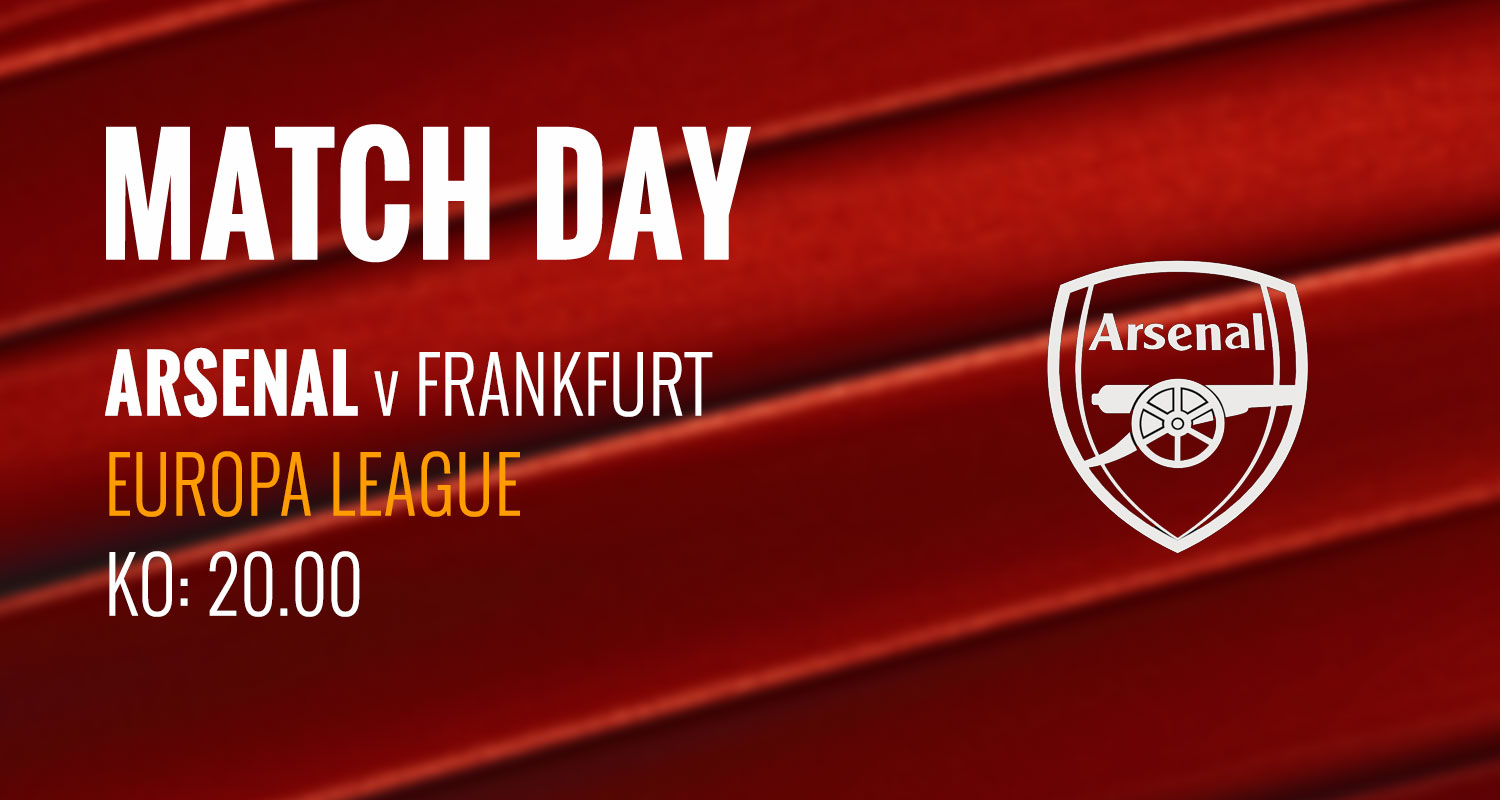 Perhaps lost, or at least muddied, in the build up to this evening’s Europa League tie with Eintracht Frankfurt, is the fact that there really is something at stake for us tonight. A win would put us into the knock-out rounds, and as I wrote yesterday, this competition is important. It’s our lifeline to ensure that our season isn’t over before the end of the calendar year.

Nevertheless, it’s going to be a strange night at the Emirates, no doubt about it. The state of play right now means that general apathy, frustration, and can’t-be-arsedness is going to have a serious impact on the attendance, and the fact that the visiting fans have been banned will make it an odd atmosphere.

The German supporters are banned for one match for incidents in their game against Vitoria, and Arsenal have made it clear that they’re going to be strictly enforcing security checks tonight. One of the knock-on effects of UEFA’s ban is that in order to ensure tickets don’t end up in the wrong hands, they have not been on sale to Arsenal Red Members, Friends and Family etc, which is where many would have been picked up. It also raises a serious question as to why our fans should essentially be punished for the indiscretions of a distinct fanbase, but there you go.

With all that, a potential record low attendance, a team in the doldrums that hasn’t won a game in nearly two months, and general unrest from inside the dressing room and among supporters, it seemed odd yesterday for Unai Emery to focus so heavily on the influence of fans for this game.

I suppose he’s reached a point where he doesn’t quite know what else to do, but in his press conference yesterday he talked about supporters a lot, connecting with supporters, and basically pleading with them for help. He did acknowledge that things haven’t been good on the pitch, but also said:

They need to back and help the players tomorrow in each moment. Our confidence depends on how we can feel in our stadium with our supporters.

It’s one of those circular arguments, should the players lift the fans with their performances or should the fans lift the players when going through tough times. There’s no right answer here. In an idealistic world the supporters could help galvanise a struggling team, but there’s a very good reason why fans feel so frustrated and angry now. I do think Arsenal fans are getting a bad rap of late, as if somehow what’s happening on the pitch is down to us, and clearly it’s not.

Even on TV I heard the crowd try to lift the team during the Southampton game at the weekend; I was at that crazy Villa match when despite our difficulties the fans were behind the team for the most part; but while I understand why a manager in a position like Emery is at the moment – on the brink of losing his job – would call for all the help he can get, it’s unfair to suggest that the solution lies with the people in the stands.

They don’t pick the team, decide the tactics then change the tactics halfway through a game, train or coach or instruct the players, so the idea they should become faceless cheerleaders rather than react as normal human beings during this difficult period is fanciful. I don’t even mean this to be critical of Emery, there was an air of almost resigned desperation from him yesterday, he’s obviously doing everything he can to put things right, but what happens on the pitch during the 90 minutes fuels fan sentiment more than anything else, and what’s been happening of late is sub-standard.

Maybe you’d like it be the other way around, but it’s not. It’s human nature, and this isn’t just something that applies to Arsenal fans. We’re not the only ones to express dissatisfaction when things aren’t going well. Far from it. Other fans at other clubs are far more vociferous, and cross lines that I’ve never seen Arsenal fans cross, so let’s not start looking at ourselves as the problem.

Asked about his future at his press conference yesterday, Emery sounded like a man who knows the end is nigh:

In that sense, it wouldn’t surprise me if we saw a stronger than usual team for a Europa League game. The need to win, but also the need to play in a way which might lift the fans could well impact team selection tonight. How wise that is with an away trip to Norwich coming up is another issue, but if you were Emery and in the position he’s in, you could see why he might pick a more experienced team than he normally might. He’s even talking about recalling Granit Xhaka, his midfield safety-blanket.

We beat Frankfurt 3-0 back in September, a night on which the focus lay heavily on our young talents who played so well, but it was also a scoreline that was a bit flattering. As we have done in so many games, we conceded more shots on goal than we took ourselves (24 to 16), a trend which has continued for much of this season. Remember too, this game took place just after that game against Watford – one which I believe has truly had a seismic effect on the team and the season, we haven’t been right since – and we go into tonight’s after a similar outing against Southampton.

Shkodran Mustafi’s comments about the way the Germans play might be seen as pointed – the antithesis of what Arsenal are like under Unai Emery – but he’s right to be wary of the threat they pose. Leaving everything else aside, this is a game we need to win, and winning has been beyond us for some time now. That’s why I think Emery will play something close to what he thinks his best team is, and after that we’ll see what happens.

At this point we can’t look down our nose at the Europa League, we need it, and if there’s any slim chance of playing Champions League football next season, it lies in this competition. In that context, resting players for an away game on Sunday doesn’t make a great deal of sense, but we’ll find out later how exactly he’s going to approach this.

As ever, we’ll have live blog coverage of the game for you. Check back later for a post with all the details, or bookmark our default live blog page and updates will begin automatically.