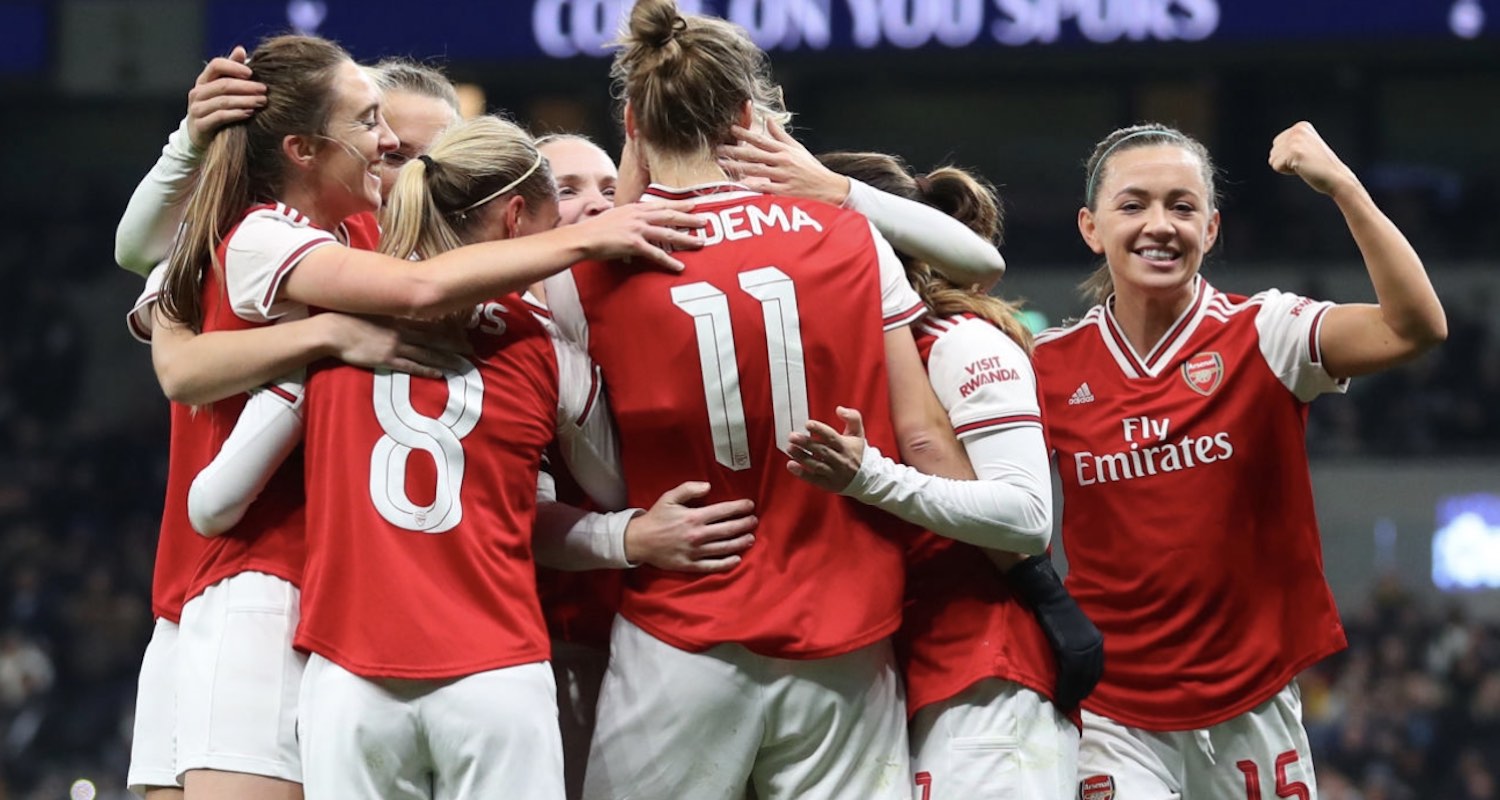 It’s Monday. There is light at the end of the Interlull tunnel. Just a speck right now, but as the week goes on it will get bigger and brighter and will then open up into a glorious beam of luminescence and golden warmth which will allow us all to see with perfect clarity Shane Long’s 89th minute winner for Southampton on Saturday.

We’ve got some time before that happens though, so let’s start today with a nod to the Arsenal Women who played in the very first ever Women’s North London derby yesterday at White Hart Lane and, of course, they won. Goals from Kim Little (1-0) and Vivianne Miedema (2-0) gave us a 2-0 win, and it’s important that Sp*rs Women learn the proper order of things from the very start.

Tim has some exclusive post-match reaction from Danielle van de Donk, plus some analysis of the game itself. If you are interested in finding out more about the Women’s team, there’s a whole section over on Arseblog News, including a monthly podcast in which there’s fantastic access to players and the manager, pre-game previews and lots more.

The Gunners sit third in the Women’s Super League Table, just a point behind leaders Chelsea and level with Man City, as they look to defend their title. It’s a busy period for the team as well, and if you fancy going along to any of the games, this guide will tell you what you need to know.

Meanwhile, over the weekend there were some troubling comments from the agent of Lucas Torreira about the Uruguayan and how he’s feeling at the club right now. It’s something I wrote about quite recently, and in some quarters it was dismissed as baseless because it came from an Italian publication with no quotes attributed to anyone.

So now there are quotes, and this is what the man had to say:

“Torreira is doing well at Arsenal, although the change of role doesn’t make him happy, but it must be said that this year the whole team is not doing well.

“It was difficult to take Torreira at the time, now I don’t know how things are, but I think Arsenal wants to retain him.

“In the new role he is not at ease, but we respect the coach’s decisions, after that we’ll see what happens.”

Not happy. Not at ease. Not good for us. As we know, Unai Emery likes a big man at the base of his midfield. That goes some way to explaining his continued use of Granit Xhaka, his preference of Stephen N’Zonzi over Torreira, his lust for Fabinho and so on. He also sees Torreira as an attacking player more than a defensive one:

He is very intelligent about getting space around the box and taking chances.

There might be some minor mitigation for this in that he did play as a number 10 in the past, and the goals he scored against Sp*rs and Huddersfield (overhead kick) are memorable ones. However, it was playing as a defensive midfielder at Sampdoria that put him on Arsenal’s radar, because we were looking for exactly that kind of player, and that is precisely why we bought him. And yet, Emery clearly doesn’t fancy him to do the job he wants a player in that position to do (quite what that is I’m not 100% sure either, but that looks to be the reality of it).

The bottom line though is that the player is unhappy, and unhappy players don’t tend to play their best. They also often tend to see the solution to the problem as lying elsewhere. There’s another way, which is for a new coach to come in, play them in their best position and thus transform the situation, but as we’re well aware Arsenal appear to be solidly behind Emery despite our dismal form and now the latest addition to the litany of individual player problems we’ve had during his tenure.

Another consideration here is the Xhaka situation. The former captain is training but didn’t feel like he could play in the last game against Leicester. How long that feeling will last is anybody’s guess, and from talking to various people, it seems almost inevitable that he is going to leave the club in January. Whether that’s to Newcastle, who have been strongly linked, or somewhere else, remains to be seen, but if he does go, I think it demands some inward action in the transfer market when the window opens.

Perhaps it will be an opportunity for someone like Joe Willock to play and thrive, but it’s a lot to ask of player that young, particularly as the stakes (a top four finish) are so high. To be fair, unless we see a significant upturn in our form between now and then, that might be unachievable anyway, so we could go all in on the young players to give them minutes ahead of next season, but that’s a gloomy thought given we’re not even out of November yet.

There have already been noises about Torreira making a return to Italy, and expect those to intensify if he continues to be unhappy at the way he’s being used. Arsenal simply can’t afford to lose two central midfield players, nor can we expect players to perform to their optimum level when they’re not being played in their best positions. Xhaka’s continued absence could open a door for Torreira if Emery reverts to a back four again and deploys a double pivot with Matteo Guendouzi, but your guess is as good as mine as to what formation we’ll drop in the next game. One to keep a beady eye on anyway.

Right, James and I will be recording what’s sure to be an Interlull Arsecast Extra later this morning. As ever if you have questions or topics for discussion, send to @gunnerblog and @arseblog on Twitter with the hashtag #arsecastextra – or if you’re on Arseblog Member on Patreon, leave your question in the #arsecast-extra-questions channel on our Discord server.

Podcast will be up around lunchtime. Until then.