Home Arseblog, the arsenal blog Sheffield United 1-0 Arsenal: Whatever this is, it’s not working 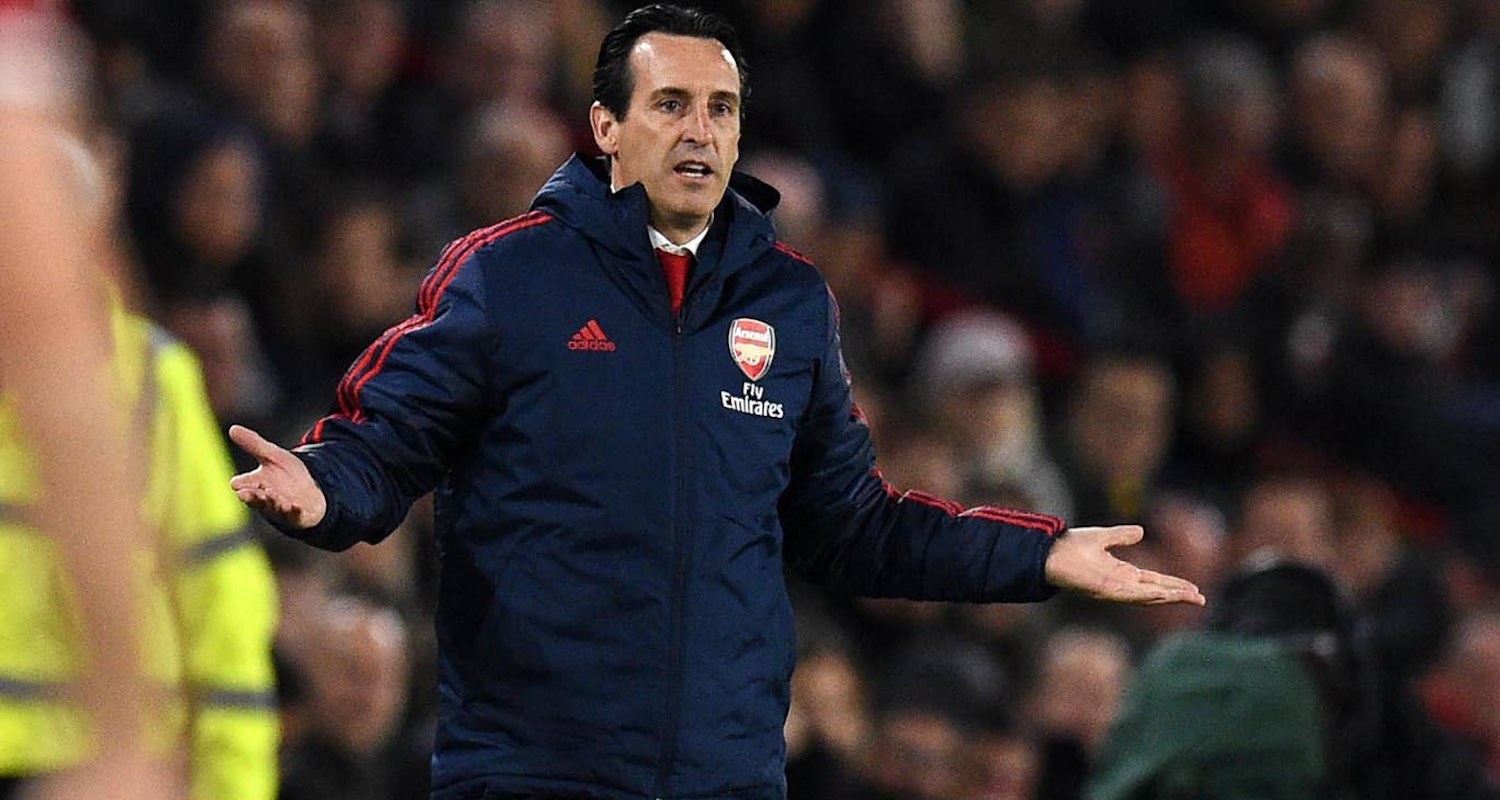 So, can we talk about performances now?

Another Premier League day, another dismal display, and the thing is – nothing about what happened at Bramall Lane last night was the least bit surprising. This is a result that has been coming. Some people choose to look only at the league table and the points we’ve earned as a measure of our season, but the way we’ve been playing has strongly suggested that we were going to trip up, and that was the case last night.

Could it have been different? Possibly. If Nicolas Pepe had tucked away that Kolasinac cross after the best piece of football we produced in the match, then taking the lead might well have given the game a different flavour. Could we have had a penalty when Sokratis had his shirt pulled in the box? I don’t understand why not, but then Mike Dean and VAR are issues beyond our control unfortunately. As for the Saka one, not a penalty for me, but also no way is it a yellow card. I did enjoy Freddie getting booked though, sticking up for his young charge.

But that in itself tells a story. The glimmer of enjoyment came from one of our former players showing a bit of spike from the sideline, because there was little or none of it on the pitch. This was truly awful to watch. I know as football fans we can exaggerate at times to make a point, but I looked at that team last night and I was reminded of Granit Xhaka’s comments after the Watford game when he said we were scared.

He took a lot of stick for that, but it kept going around in my mind as I saw us with possession deep in the Sheffield United half and under the slightest bit of pressure from them we ended up going backwards, backwards, backwards, often all the way to Bernd Leno. It struck me these players are scared. Scared to take risks, I assume by instruction, and we play risk averse football which is both timid and ineffective. The more we play it, the more ingrained in becomes in our psyche. We’re afraid to play.

Much of it stems from a lack of control. We had plenty of possession in the second half because the opposition were quite content to sit deep and defend. They’re good at it, because they’re coached well. Let our full backs who aren’t really full backs have it and throw in crosses, they’ll deal with them. Ask yourself this: what are we good at? Seriously, what are we good at? Where have we improved as a team since Unai Emery took over?

Is the defence better? No. Is midfield more cohesive and solid? No. Do we create lots of chances for our strikers? No. The only thing I can think of is that our goalkeeper is better, and the reason that’s so obvious is because he has so much to do in every game. Tactically, we’re a mess. Perhaps fitness played a part in some of his team selections last night, but not seeing Kieran Tierney was disappointing.

If Mesut Ozil is working well again, as Emery himself said in the build-up to this game, why is he not on the bench at least? When you’re 1-0 down and you need someone to unpick the lock, why not have that as an option? And please tell me how it is that a promising 18 year old in the shape Saka ends up playing in three positions throughout the 90 minutes? He started on the left, was moved to the number 10 position when changes were made, and by the end was de facto DM, at one point dropping so deep to pick up the ball he was fouled in our defensive third as David Luiz looked on in vague bewilderment. If Emery is receiving praise by virtue giving these young players time on the pitch, let’s look properly at how he’s using them. Joe Willock was rendered anonymous last night, a passenger because of our system, something that happened to both Ozil and Aaron Ramsey at times last season.

As for what’s going on with Aubameyang, I find it hard to put into words. We have one of the best strikers in Europe, nominated for the Ballon D’Or, and we starve him of service week in, week out. Last night he got nothing to work with. Then he was shunted out onto the left when Lacazette came on, and then over to the right when Martinelli was brought on. It’s a sad sight to see him battling for the ball in the wide positions, throwing in hopeful crosses for someone else to score.

This is a guy who could and should be leading our team with his quality, and we play in a way which 100% minimises his talent. It’s absurd, and the powers than be, Raul, Edu and the rest, need to be watching this very closely. All this talk of a new contract is great, but if you were Aubameyang, why would sign on for more of this? The same applies to Lacazette. Good goalscorers aren’t easy to find, and we’re in danger of wasting ours to the point where they’ll be looking elsewhere. Not just because of what’s going with them on an individual basis either, because despite our points total this is not a team that’s demonstrating it’s capable of playing well enough to qualify for next season’s Champions League, and neither of those players will stick around for another year of Europa League football.

What worries me most is that these kind of performances aren’t the sole preserve of this season. We’ve been playing like this for some time in the Premier League, and some eye-catching cup performances can’t obscure that. Our last 10 games away from home under Emery:

Cast your mind back and think about when the last time we really played well in the league. Not ground out a result, but combined a result with an excellent performance. It’s tough. I know we beat Burnley 3-1 on the final day of last season, but that was basically a dead rubber, we’d screwed ourselves with the results before that. A 2-0 win over Man Utd at the Emirates in March, perhaps? I don’t remember a lot about that game. We beat Bournemouth 5-1 in February, a fine result but we’ve seen that kind of thing plenty of times in the past against teams of that ilk. The last time I can remember feeling really encouraged by a performance was the 2-0 win over Chelsea in January. That’s nearly a year ago. Since then, our football has lurched from pillar to post, with no sign of a clear identity or consistency in what we try and do.

The club very publicly backed the manager this summer in the transfer market, and what they’ve got in return is basically the same performance level that saw us blow a brilliant chance to finish top four and get spanked in a European final. I don’t see any progress, I see the same problems, and I see a manager who wastes entire halves of games then tries desperately to shuffle his pack to make something work. Arsene Wenger was criticised for being an improviser, allowing his players freedom to make decisions when perhaps they needed a more rigid tactical approach. That’s what Emery was supposed to bring, but give me improvisation any day of the week over someone making it up as they go along. At the very least there’s something creative about improv, but what Emery brings is confusion and you can see that in the way these players – most of whom I think are capable of much better than this – play the game.

The bottom line for me is that nothing Emery is doing gives me cause for optimism. I like our young players, but we know they’re in the team because the club removed the Iwobi/Mkhitaryan safety nets from him. Deliberately, I think, to give them a chance but also to see if this was the right coach to develop them. Last night was an indication he’s not that man, and further evidence he’s not the man to address the key issues this team is struggling with on a regular basis, and if he’s not then what are we waiting for? Let’s find someone who is – because the longer this goes on, and the more regularly we play this staid, timid, and thoroughly unenjoyable football, the bigger the rut we’re going to get stuck in, and the harder it becomes to get out of it.

Podcast will be up for you mid-morning. Until then.