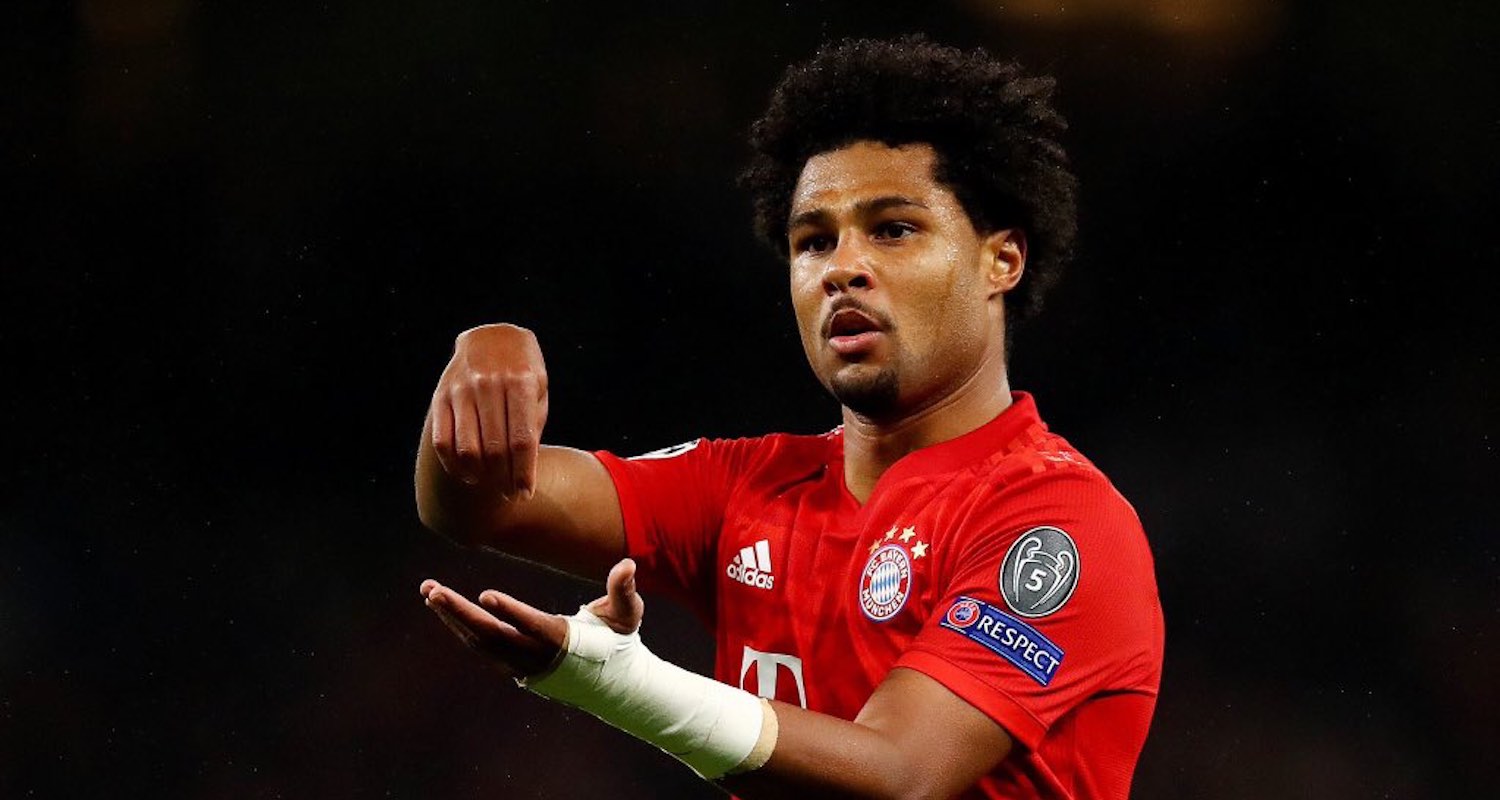 Morning all. Just compiling a bit of a Spotify playlist for today. No particular theme. Just completely random songs. I’ve got:

Seven! Hahaha. And four of those were scored by former Gunner Serge Gnabry. I see many people ask ‘Why did we let him go?!’, and in truth it wasn’t just the fact we kinda mismanaged the situation and allowed him to get to a position where he had an easy way out. But it was a fair chunk of it. I don’t really feel the need to annoy anyone any further over it though. Wait until Serge, The Jeff, Ismael Bennacer and Donyell Malen all share FIFA World Player of the Year in a couple of years time and we can have a good moan about it.

Well played that man, cheered me right up, I have to say. Sure, we can be wistful about the fact he’s gone, but sometimes a player needs to move on to kickstart a career, and it felt a bit like that with Gnabry. We did offer him a deal, but it came too late, and after we’d sent him on loan to a West Brom team managed by Tony Pulis. To be fair, he had to agree to that, but if he returned from there thinking maybe Arsenal weren’t managing his career well enough after what was a pretty serious knee injury, you wouldn’t necessarily blame him.

What we should point out though is that since then, as a club, we’ve taken things a bit more seriously when it comes to loan players. We appointed a loan manager (if he goes all over the country to check on our players at different clubs is he a loan ranger?), and the process with which we decided on Eddie Nketiah’s destination this summer speaks to a seriousness about how we’re going to try and develop our best young talent. For those unaware, we whittled it down to three clubs, each of which had to come to London to basically pitch for the deal to happen, and based on that information and a consultation between the football executive committee and the player himself we decided on Leeds.  Had that kind of process been in place a few year ago, I doubt Gnabry would have been allowed join West Brom.

The reality and demands of top level football mean that there are always going to be players who slip through the net. I think one of the interesting things about this season is that by selling Alex Iwobi and loaning Henrikh Mkhitaryan to Roma, the club have taken away a couple of players who would undoubtedly have featured quite heavily this season if they’d stayed. So, the likes of Bukayo Saka and Joe Willock have probably played more than they would have, that’s part of ensuring the young talent gets a chance. Remove the safety net of an experienced player from the manager, because Emery, like most other coaches, will usually – and fairly understandably – defer to that experience ahead of taking a risk with an Academy graduate.

Hopefully that’s something we reap the benefits of in the years to come, whether that’s because we’ve got a good first team player on our hands, or someone who is more valuable in the transfer market because they’ve got plenty of games under their belt. The reality of a player’s value is linked to their development and experience, and when they show they can perform to a certain level, that feeds into what the market is prepared to pay.

Meanwhile, questions are being asked over Nicolas Pepe as his slow start to life at Arsenal continues. I have to say it’s way too early for me to even consider making any definitive judgements. He’s only a few games into his career in North London, and while he hasn’t yet come near to hitting the heights we hoped for, there have been some positive flashes from the way he plays. I also think we very seriously need to take into account this is a team that is struggling for cohesion and attacking effectiveness, and while a player at the peak of powers like Pierre-Emerick Aubameyang can kind of rise above that and still produce, I feel it’s a factor in Pepe’s performances until now.

The Ivorian isn’t unaware of his struggles either, and says he needs to rediscover his confidence:

It has not been easy, I must tell the truth. My stats have not been good enough or my usual performances, it is not the same as Lille or the Liverpool game earlier in the season.

My confidence must come back. I am not very worried. People may be worried about my statistics but I am not. I have to keep working as the level here is different, so is the language. It is a new league for me and I must adapt quickly. But it won’t take very long.

Clearly the price-tag plays a part in the perception of him as a player, he’s the record signing and it’s been a slow start to life in England. However, as much as we live in an ever increasingly polarised world – where something is either amazing or terrible with not much inbetween – common sense tells you that seven Premier League appearance is nowhere near enough for people to start losing their shit. I think frustrations with the team in general often manifest in individuals being subject to criticism or put under too intense a spotlight, and I think that’s part of what’s going on with Pepe. Let’s see where he is by Christmas, and if there’s a conversation to be had then, no doubt we’ll have it.

Right, I’ll leave it there, and remind you on the brand new Arsecast Extra. Thanks to everyone for all the feedback over the episode, the reaction to our points of view over where we are right now has been really interesting without descending into acrimony. That’s much appreciated. More from me tomorrow, listen/subscribe to the pod below.