Home Arseblog, the arsenal blog Ozil Emery squabble dies down: but for how long? 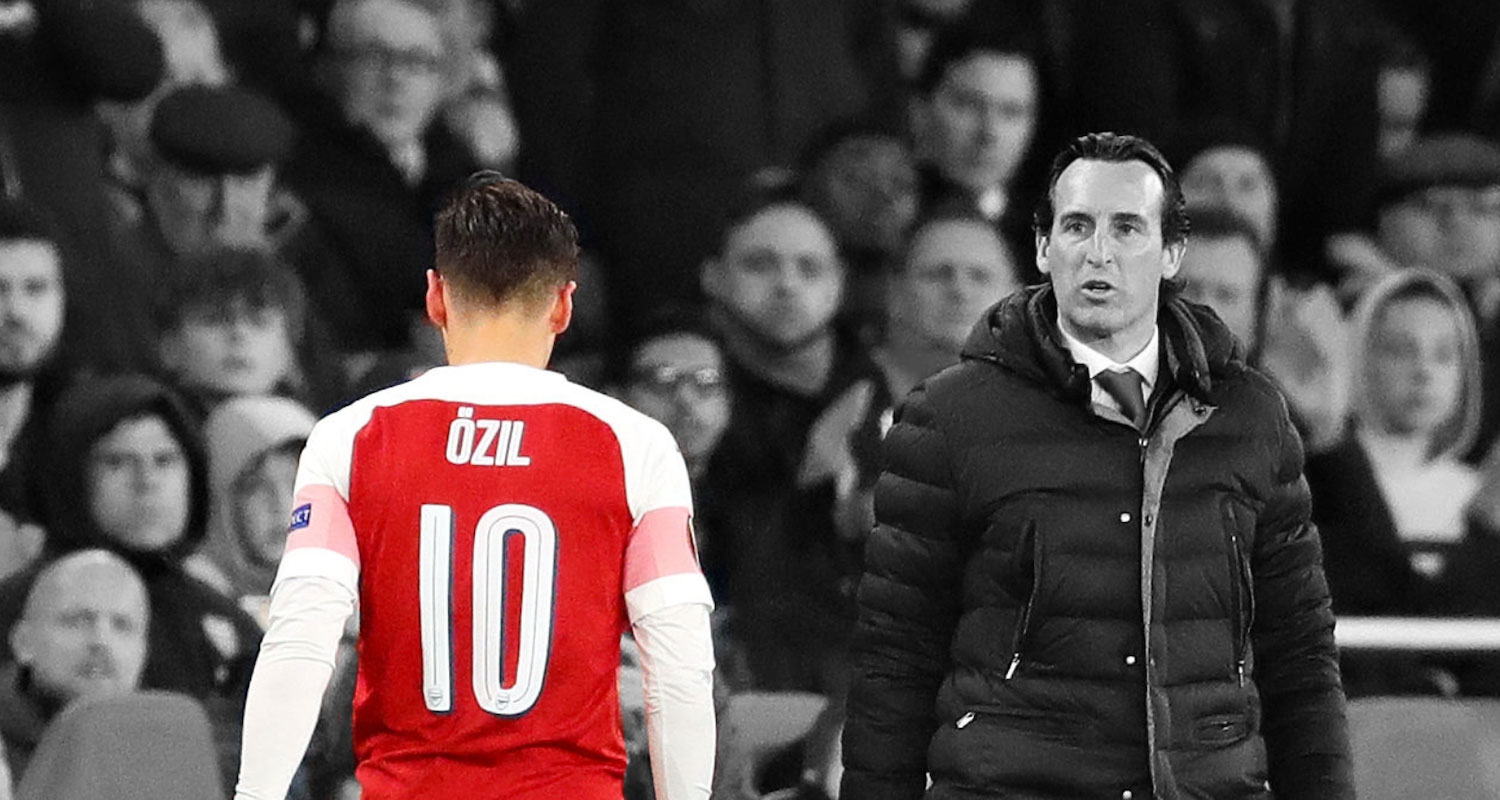 Before I went to bed last night, I had an idea for a blog post about the relationship between Unai Emery and Mesut Ozil that didn’t mention either of them. Unfortunately, I’ve forgotten what that was, so I’m just going to have to delve into it by referencing them both.

No doubt that those of you subscribed to The Athletic will have read Mesut Ozil’s interview with David Ornstein by now. In it he talks about all kinds of things, including the attack he and Sead Kolasinac suffered; racism; his relationship with Turkey’s President Erdogan; his illnesses; Arsenal’s record in big games with him and without him; and, of course, the situation he finds himself in the club right now.

As with any interview of this nature, there are things that I find a little questionable – particularly the Erdogan stuff in the current climate – but there’s enough politics in the world to drive us mad so let’s focus on the football. He’s been left out of the squad for the last three games, with Unai Emery being as clear as he ever has been about why: saying that other players deserve it more. It can only be a question of application because we all know about his talent.

It’s something that Ozil seems to respectfully refute. He makes it clear that he respects the manager – as he has throughout his career at all his clubs – but also that he feels he should be in the squad:

I’m not training all the time just for the sake of it, I’m ready to play. I’ve been fully available and when the coach has selected me I’ve been ready, played and always tried to give my best. I’ve trained at the same level my whole career but because I’ve not had minutes recently, I’m doing extra work with the fitness coach and in the gym to get even fitter than normal.

As you might expect, Emery was asked about Ozil at his press conference yesterday, and his responses were basically what you’d imagine:

In the last two or three weeks, he’s improved with us in training and I think he’s feeling good. I didn’t promise him that he’d play because I want to make sure he’s ready and is available in training, and also giving us every day a good feeling in training, then he can play. My idea is to use every player and he is one in the squad. He has very big skills, the quality we will need in the next matches. I am happy now with how he’s improving and training every day. He is one player more in the squad.

Again, it sounds like Emery is saying that Ozil is trying harder, doing more in training, and thus back in the frame for selection again. So despite a veneer of politeness and slight positivity, when you read between the lines you basically have two men at odds with each other who have – like last season – appeared to find an uneasy truce. How uneasy it is depends on how much Ozil plays, I guess, and how much Emery is willing to use him.

If you were more cynically minded, you’d look at this and think that the manager being publicly open to Ozil’s renewed selection is in some part due to the player’s continued popularity among many fans – and a time when he’s under the microscope and his football is being criticised, this takes some of the heat off him. Similarly, Ozil’s declarations about how committed he is and how he fully intends to see out his contract could be seen as a tough stance towards a club that looks like it would be happy to move him on if they could. Remember, it’s less than a year since Emery himself reportedly told him that he might be best to find a new club. The message about how he’s staying and that’s the end of it could just as easily be a reminder to Arsenal about what it will cost if they decide his future lies elsewhere.

When it comes right down to it though, this situation remains a bubbling mess that is a distraction. It’s been going on for well over a year now, and while some fences appear to have been mended, we can all see there’s a significant problem. The interview and the press conference blather will smooth things over for a little while, but as sure as night follows day this won’t be the last we hear of it. Ultimately it’s an unhealthy situation festering away in the background as we continue on what is a crucial season. We have to get top four and we have to get back into the Champions League.

If Emery and Ozil can hold it together and work together well, and we see some of what he can do on the pitch again, I think we’ve got a better chance of achieving that goal. I’m just not sure that the fairly obvious antipathy between the two of them – regardless of what they say in public – lends itself to a constructive relationship. I hope I’m wrong, I’d love to see Ozil find some form again because you can easily see what he could bring to a team that very clearly lacks creativity, but it’s hard not to be wary based on everything we’ve seen to date.

Time will tell, I guess.

For more on our lack of creativity, Ozil, and what his absence has done to Granit Xhaka, Lewis has an excellent tactical piece here which is well worth your time. And for some extra reading this morning, Tim’s column this week looks at Emery’s tactical identity.

For now, I’ll leave you with a brand new Arsecast, taking calls for listeners, and with a big dollop of the usual waffle.