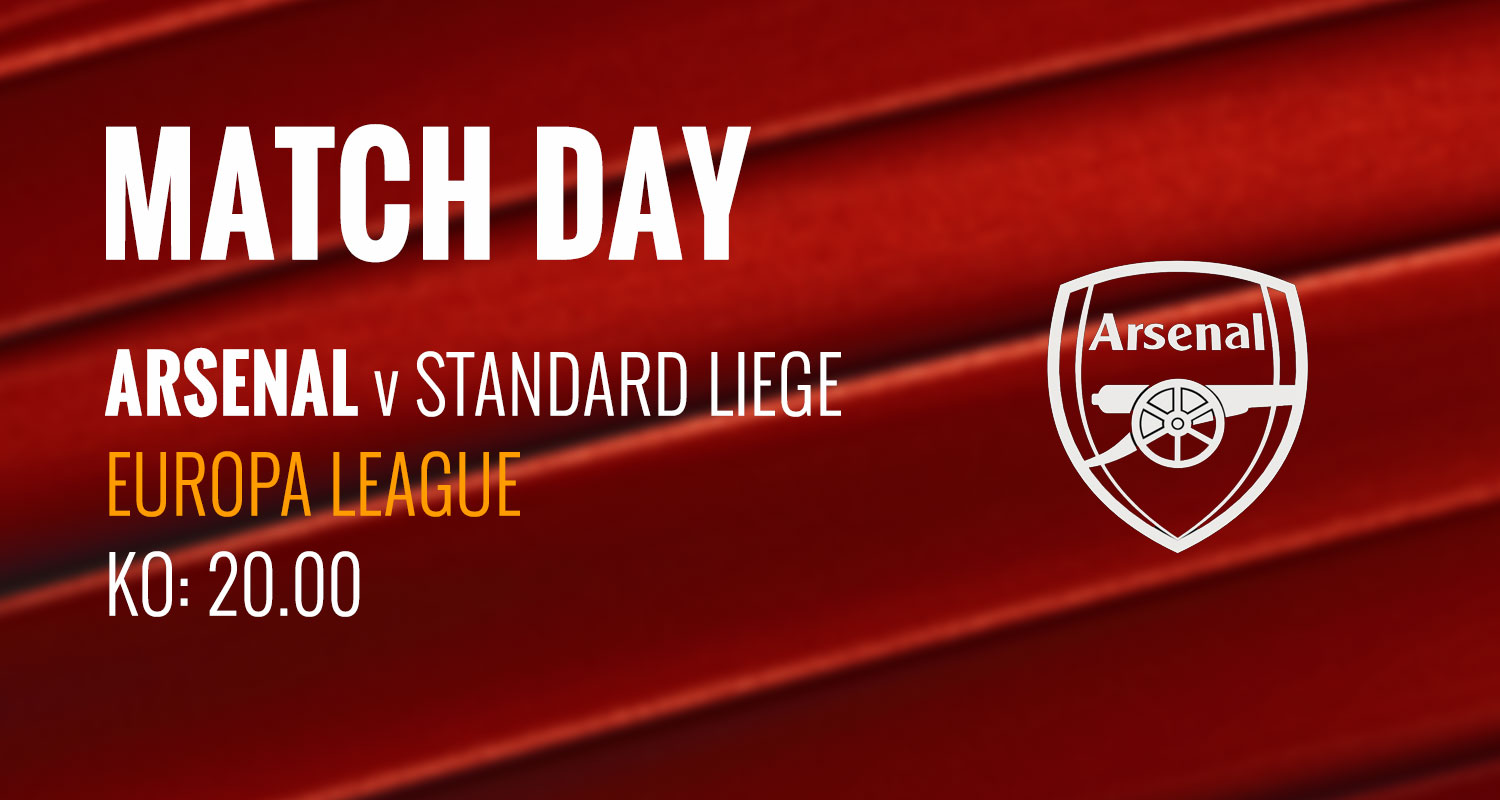 We play our first home game of the Europa League campaign tonight, taking on Standard Liege at the Emirates. Already it feels like the Sunday > Thursday grind is kicking in, but if there’s anything to enjoy about this competition it’s that it does give us a chance to give young players time on the pitch, as well as using it to play some senior players who are making their way back from serious injury.

Having been left out against Man Utd on medical advice, Kieran Tierney should be fit and available to play tonight. So too Hector Bellerin, which means for the first time we might see the two full backs upon whom many hopes rest. I’m excited to see them and I genuinely think that when they’re fully fit and match sharp they will make the team better. I don’t necessarily subscribe to the view that our style of football will change significantly with them in the team – wouldn’t they just improve what we already do? – but for both tonight should be another step forward.

We’ll also have another chance to give Rob Holding a run out at centre-half, and I’m hopeful he can put pressure on Sokratis and David Luiz. That kind of competitive environment is crucial, because up until now the two have had nothing to worry about when it comes to their place in the team. Given Unai Emery’s public binning off of Shkodran Mustafi, they knew he wasn’t going to replace them regardless of what they did, but Holding is a different story. He’s a genuine threat to both of them, and fingers crossed he can turn that up a bit tonight with a solid outing against the Belgians.

In midfield the manager can choose from Lucas Torreira – who only played 60 minutes at Old Trafford, Joe Willock, Dani Ceballos and Mesut Ozil – assuming he doesn’t deign the Europa League at home against a team like Standard Liege too taxing for the German. I don’t see why it would be on a footballing level, but it’s felt a bit like he’s willing to make this a bit personal this season, so who knows? What I would say is that the stature and popularity of Ozil makes every decision around him a talking point, and at a time when we need to focus fully on playing as well as we can, creating these kind of dramas feels a bit needless.

After his star turn against Nottingham Forest in the Carabao Cup, you have to imagine Gabriel Martinelli will get another go up front. He deserves it after his two goals and the way he played, while Reiss Nelson should play on the left hand side – assuming that in the absence of Alexandre Lacazette, Bukayo Saka has played himself into the Premier League team for the time-being. Then we have right hand side, and there’s no Emile Smith Rowe, so I wonder if Emery might just be tempted to give Nicolas Pepe a run out to try and boost his confidence.

The player himself addressed the fact he’s short on that at the moment, and ahead of this game the Spaniard has talked up his quality and potential as concerns about his lack of form begin to rumble:

Pepe is an amazing player. I am sure he is going to have a big career here. He needs time but also a lot of players when they came here, the first month, the first year is not easy for them, but I am going to work with him to make that adaptation easier.

As I wrote yesterday, it’s far too early to make any definitive judgements, and there are all kinds of mitigating factors when it comes to his form. He’s not the first player, and he certainly won’t the last, to take some time to get going after a move to Arsenal, but in an era of hyper-analysis you can’t ignore the fact that people are talking about it. Whether that means Emery will give him a start tonight remains to be seen. Obviously a goal would be great for him, but I guess it has to be weighed up against the fact we have a Premier League game on Sunday which is far more important than tonight’s. And if he does start and doesn’t make an impact, do you exacerbate the issue? It’s a balancing act for Emery, but we’ll see later on what he does.

So far this season we’ve done well in the cups. A 3-0 win over Eintracht Frankfurt and the 5-0 against Forest have provided plenty of goals, as well as two of three clean sheets we’ve kept in our nine games so far. Maybe it’s because the pressure is off a bit, or the young players and those returning have a point to prove, but they’ve ended being enjoyable nights for their own reasons. Hopefully we get another one this evening, and it gives us just a little kickstart before Bournemouth at the weekend.

As ever, you can follow the game on the Arseblog live blog, and join us over on Arseblog News for all the post-match stuff. In the meantime, here’s a little something extra to get you through the day. Amy Lawrence has a new book out – in shops today! (or Amazon if you must) – called ’89’, and we had a good chat about the book itself, and everything around that great night at Anfield. Listen/subscribe below.