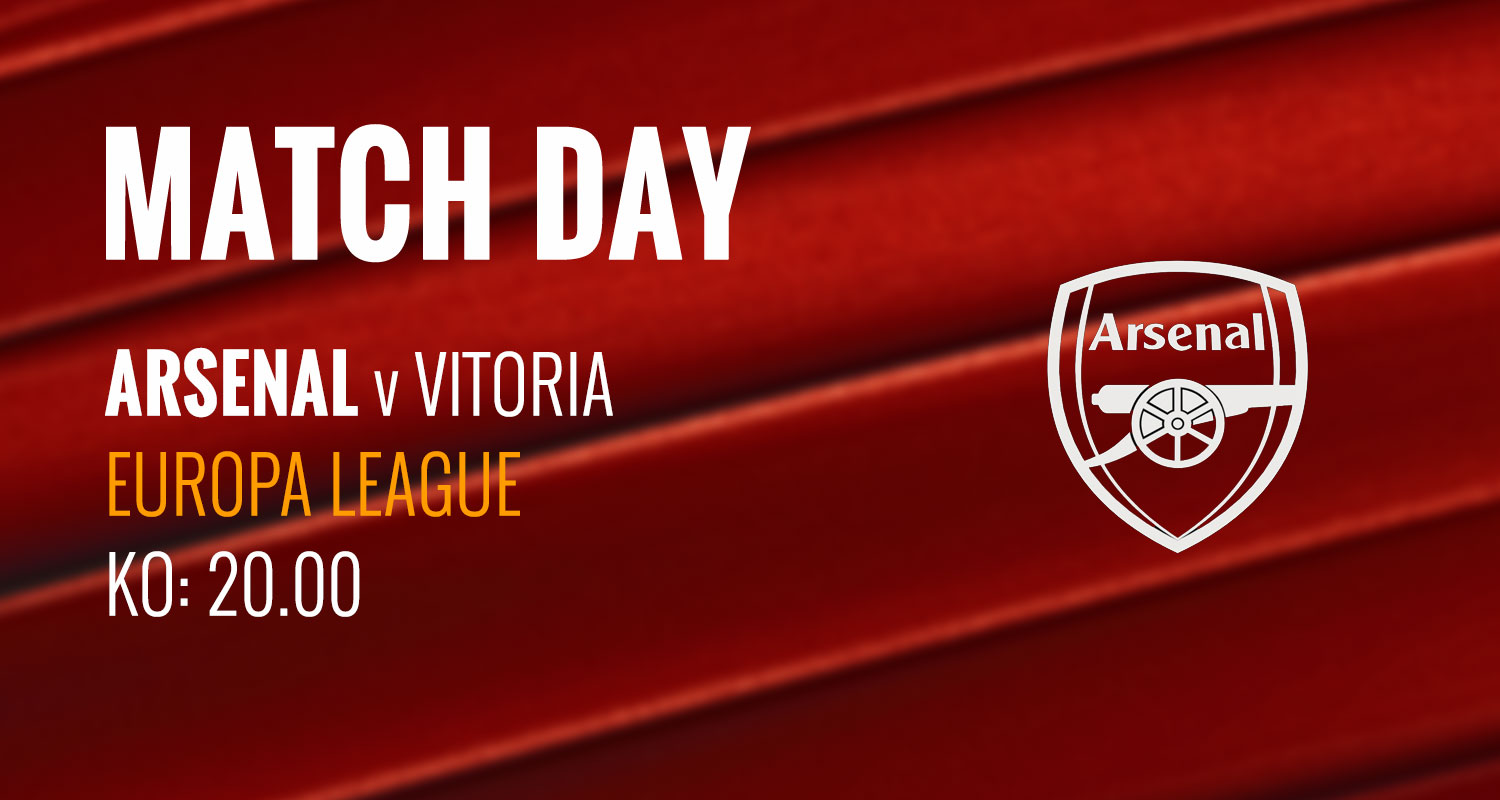 Although the Europa League is not where we want to be this season, the two fixtures we’ve played so far have been pretty enjoyable. The 3-0 win over Eintracht Frankfurt wasn’t quite as one sided as the scoreline suggests, but the 4-0 demolition of Standard Liege was a thoroughly enjoyable romp at home.

Tonight, as we prepare to face Portuguese side Vitoria, I guess we’re hoping for more of the same, and some football from the young players that excites and entertains. Many have wondered why there’s such a marked difference between our cup performances and the way we play in the Premier League, and for me it’s because there’s less pressure and the manager almost allows his team to play with some freedom.

Unai Emery knows the league is the bread and butter, and while our bread is a bit mouldy right now and the butter slightly on the turn, the pressure he feels to get results has a negative impact on our performances. In Europe, and in the Carabao Cup, that’s not there, the young players feel a bit less inhibited and they’ve produced displays which have provided encouragement this season. As we lurch from one indifferent display to another at the weekends, maybe there’s something Emery could learn from it all.

We should expect plenty of changes tonight, not least at the back where we’re likely to see Hector Bellerin, Rob Holding and Kieran Tierney start. That’s good, because it gives them playing time and helps them build fitness as they come back from injuries, but at the same time it kind of locks them into the cup games for the foreseeable future. If we’re going to be sensible with players and not play them twice in three days, then it means they’re not going to play on Sunday in the Premier League. It means they’ll then feature in the Carabao Cup at Anfield on Wednesday instead, and then probably miss out on the Wolves game the following Saturday. Is there scope to then flip it for the next Europa League game with the return leg in Portugal and thus have them available for the trip to Leicester? Possibly, but it still means our hope of seeing them come in to try and improve things in the Premier League are a still a little bit down the line.

In midfield, he’ll play Lucas Torreira, unfortunately putting him on the same schedule as the others, because he really is a player I think we should be using more than we are right now. Emery doesn’t seem to fancy him much, especially not in a deeper lying role, but for me I’d be picking him and Matteo Guendouzi to be our midfield partnership week in, week out. Dani Ceballos will likely play tonight too, and then we wonder who will join those two. Will it be Joe Willock, given another chance after the game on Monday night passed him by (not something that was especially his fault, btw), or is there the possibility that we might see Mesut Ozil back in the team? Your guess is as good as mine – Emery says he’s been working well but if he can’t make the team for a Europa League game against like this it will scratch that particular wound again.

Up front, tonight seems like a good way to get minutes into Alexandre Lacazette who is coming back from his ankle injury. I expect to see him start up front, with Gabriel Martinelli playing from the left. The young Brazilian rocked it in his previous two games playing as a centre-forward, but he’s played a lot from the flanks and is more naturally suited to that role. On the other side, Emile Smith Rowe or Ainsley Maitland-Niles (who appears to have disappeared a bit in recent weeks).

Whatever team he picks, it should be more than capable of getting the right result tonight. I won’t pretend to be too exercised by the Europa League, but at the very least I hope we get an enjoyable performance from players not afraid to express themselves, and players who – for what it’s worth – can demonstrate to Emery that they can make a difference in the Premier League if they’re given a chance.

Meanwhile, at his press conference yesterday, Unai Emery addressed criticism of the team following our struggle to produce cohesive performances this season, and the 1-0 defeat by Sheffield United on Monday night. I’ve said a lot about the manager in the last couple of blogs, so I’ll simply leave what he said here without too much comment as he insists he has made the team more competitive:

It was not enough. I think last year I started to improve being competitive, also with some very good matches playing with creativity. We are being competitive. There are a lot of supporters with different opinions. Some want more creativity, some want maybe more intensity, more energy.

I want both. My way is both.

You can make your own minds up as to what you think of that, and the full quotes are here, but more me it’s another example of what Emery says not really matching with what he produces. I’m not sure referencing the 1-0 era is particularly smart or relevant either, and being that defiant a couple of days after being on the wrong end of that scoreline to a newly promoted side isn’t a good look, for me at least.

Anyway, let’s see what tonight brings, and then we can start to look ahead to the weekend and the much more important task of taking three points from Crystal Palace. As ever, join us later for a live blog, and all the post-match stuff on Arseblog News.