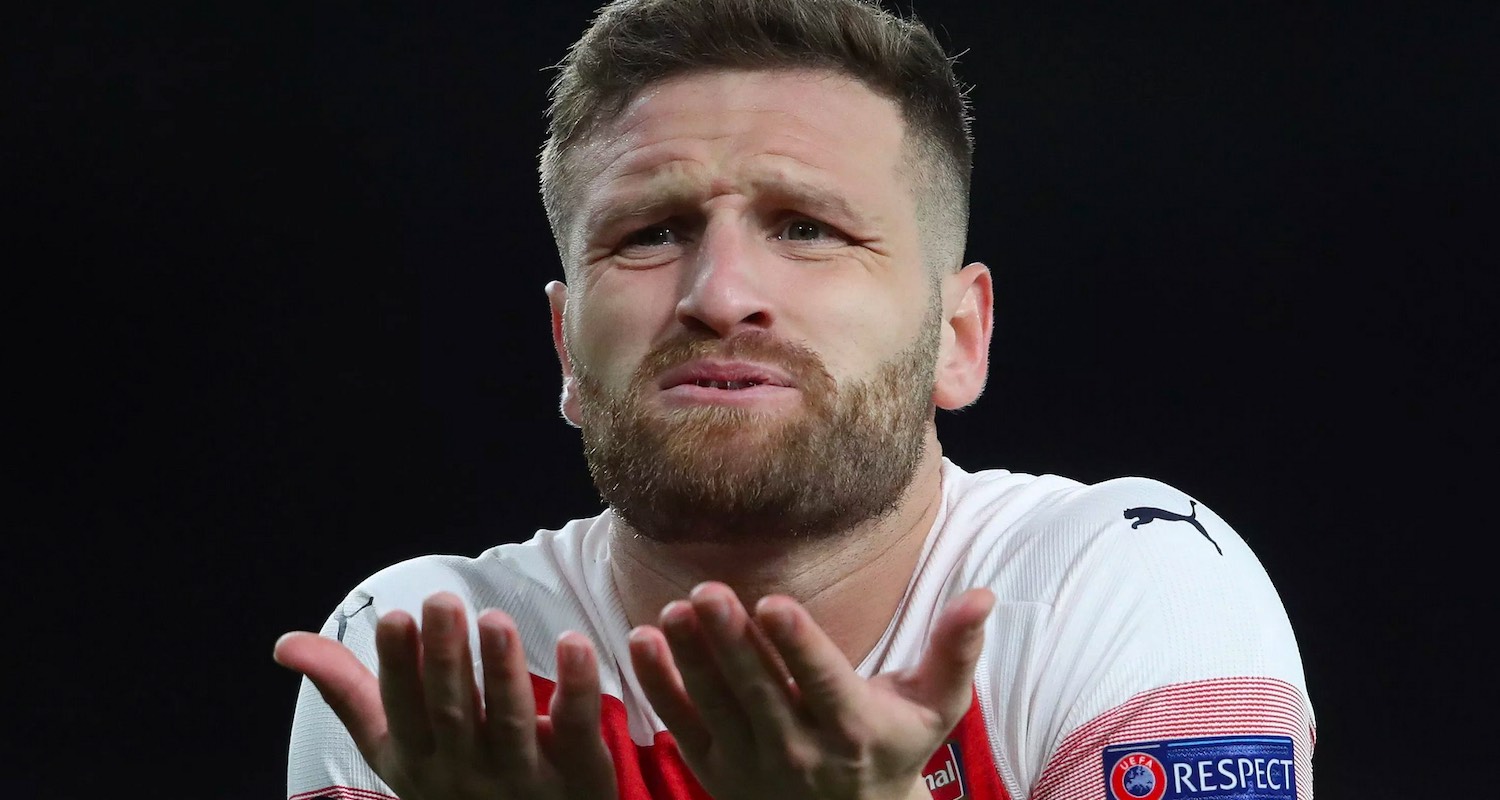 Very often interviews with footballers tend to be a bit boring. There are usually a couple of good reasons for that. The first is that access to players these days is very strictly managed, therefore anything that rocks the boat could see the interview ended prematurely, or scupper any future access the interviewer might want.

The second is that lots of footballers are a bit boring themselves. Media trained up the wazoo, they’ll talk all day but say very little. They chat about working hard, improving, focus, the priority of winning every game, giving their best on the pitch, doing it for the fans, and all that. We’ve all seen it and heard it a thousand million billion times before.

It’s why, for example, when someone like Hector Bellerin meets the Oxford Union, goes ‘off script’ and talks about actual real life issues that it’s so striking. In his relatively short time as a professional, Hector has touched on subjects like racism, climate change, fashion, Catalan independence, mental health, veganism, reproductive rights and abortion, and lots more – stuff that most players wouldn’t touch with a ten foot barge pole. It’s why I love Hector, but that’s his personality, and you wouldn’t change it for anything.

Then, occasionally, you have an interviewer who is prepared/allowed ask questions that demand an interesting answer. For example, Jörn Meyn, a journalist with Spiegel Online, published an interview with Shkodran Mustafi, and his opening gambit was: “Herr Mustafi, are you the second worst defender in the world?”

I mean, that takes some balls! He uses a poll from Marca as the basis for the question, because their readers voted for the worst players of the year, and with a whopping 150,000 votes Mustafi came in second, behind Phil Jones of Man Utd. By any stretch of the imagination, that’s a hell of a way to open an interview. I have to say, I liked what I took to be a seriously deadpan response too: “No, I do not think so.”

Here’s the interview – or you might have to run in through translate.google.com yourself but Chrome should give you the option to translate automatically) and I have to say it’s brilliant reading because neither interview or interviewee pull any punches. The questions are difficult and uncompromising, and while there are a few things I’d take issue with – in particular the contention that from Mustafi that his poor form was only an issue from around Christmas 2018 – the answers are open and brutally honest at times.

He hits out at Emmanuel Petit for calling him the ‘King of the Blunders’, perhaps something that people didn’t pay much attention to at the time, but rightly enough Mustafi points out that ex-players should understand the difficulties players have at times – and the permanence of their words in this Internet era. And it’s not as if Petit’s Arsenal career was without problems. He’s remembered as a key figure in that double winning side, but that tends to mask the cloud under which he left, his surly behaviour towards the end, and a game at Villa where, if I recall correctly, he basically threw a tantrum and demanded to be taken off. People in glass houses, and all that.

Mustafi admits mistakes, but suggests some of the criticism has become ‘escalated and irrational’, and there’s even a reference to a Tweet from our friend Sam, @the_cannon, who made a joke about the German’s car blocking the bus lane and stopping him getting to the pub. Obviously it was tongue in cheek, but I guess it illustrates how the lines are blurred when it gets to the stage it got with him last season.

This summer Unai Emery made it clear more than once that Mustafi should find a new club. It’s quite rare for a manager to do that, so it showed you that both Emery and the Arsenal hierarchy were quite happy for him to move on. It seems like the player would have been too, but in the end there wasn’t the right move for him:

There was no option that would have satisfied all sides. Also Arsenal has made a possible departure, of course, in spite of the statements of some conditions. And I knew: the next change is extremely important to make another positive chapter in my career. If I change somewhere where it does not really fit, the situation could not improve much.

And look, whatever you think, he’s got a contract and he has every right to ensure the transfer is the right one for him. At one point it was suggested that Arsenal were also looking for around €25m, so if that’s even remotely true then we have to look at our role in the whole thing. I thought his comments about how his wife restored his confidence were nice, and he talks about how the cup games this season and the performances have provided a ‘ray of hope’ for him.

He has stayed at a club where he knew he wasn’t wanted by the coach, and by many of the fans, but been professional, done his job when selected, and while he hasn’t had the most taxing of opposition to deal with, he’s been solid. You have to respect that, and when he talks about how social media has contributed to what is often an ugly discourse around football it’s easy to understand where he’s coming from:

Football has become more inhumane. Social media has also contributed to this, because anyone can comment, without plain names. People can unload their frustration directly on us.

That is inarguable, and while there always has to be a place for fans to discuss, debate, praise and criticise players, there’s something fundamentally wrong about that kind of direction interaction. If you’re @ing somebody on Twitter, or Instagram (where the comments seem to be even more toxic) just to send them abuse, stop it. There’s no justification for it whatsoever, and to see footballers, and their wives and families subjected to that kind of stuff is really depressing – particularly when it comes from fans of the club you support. You just don’t want to be associated with them, or have them perceived as in any way representative of the fanbase as a whole.

Anyway, it’s the kind of interview that reminds you players are human, but also we should remember that when Emery told Mustafi to find a new club, it wasn’t something too many people had an issue with at the time. In fact, it was widely applauded because everyone knew it was the best thing for us and for him. The criticism didn’t come from nowhere, and it wasn’t just over one thing. It had been building for quite some time, and what he did towards the end of last season – that Zaha goal in particular – was the straw that broke the camel’s back.

So while there might be a temporary redemption arc for Mustafi due to his cup performances, we can’t ignore the fact that his lack of playing time has lessened the chances of making the kind of mistake has that frustrated people throughout his time here. He’s under contract, he’s giving 100% when called upon, but that’s what any employee should do. I know the circumstances are difficult, and on a human level it’s easy to feel sympathy for the person, but as a professional his performances led the manager and the club to make the decision they did.

The players vs person thing is an interesting one, it’s quite layered and complicated, and while he’s never going to be my favourite player, I really enjoyed the interview because it makes you think about things from a different perspective. It’s not the usual banalities, and I suspect part of that comes from Mustafi’s own understanding that he’s not necessarily out to mend fences. He’s aware of the reality of his situation at Arsenal, that a departure is inevitable, and thus it lends him a certain freedom when it comes to answer some fairly probing questions.

No doubt it’ll spark plenty of debate, so have it at it in the arses, and I’ll be back tomorrow with more Interlull fun.