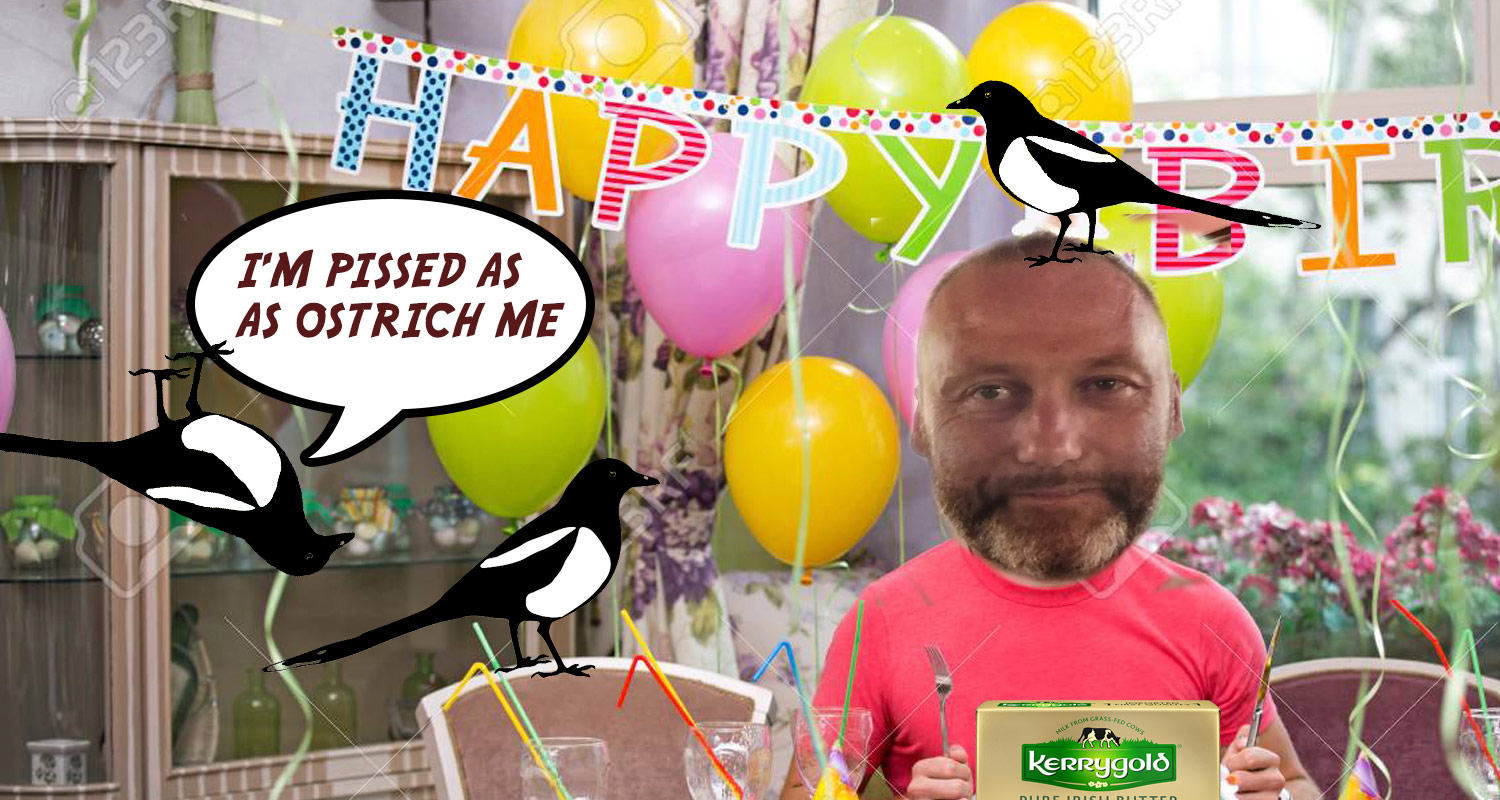 For a few years now someone who I trusted to follow me on my personal Instagram account has been consistently informing the tabloid newspapers of my private posts and stories. There has been so much information given to them about me, my friends and my family – all without my permission or knowledge.

After a long time of trying to figure out who it could be, for various reasons, I had a suspicion. To try and prove this I came up with an idea. I blocked everyone from viewing my Instagram stories except ONE account.

Over the past five months I have posted a series of false stories to see if they made their way into the press. And you know what, they did! The story about adopting a half-baby, half gnu from Mexico; the one about a my intention to run for President of Ireland; the story about how I was getting a tattoo which said ‘Pires 4 Ever’ but it actually turned out as ‘Piers 4 Ever’ and I strangled the tattoo artist to within an inch of his pathetic life; the story which showed me putting butter on my toast and THEN jam; one in which my dogs were actually a pair of Bichon Frise named Mipsy and Mopsy and not two German Shepherds; and the pièce de résistance where it looked like I was a massive fan of magpies and had invited many magpies to my magpie themed birthday party.

It’s been tough keeping it to myself and not making any comment at all, especially when the stories have been leaked, however I had to. Now I know from certain which account/individual it’s come from.

I have saved and screenshotted all the original stories which clearly show just one person has viewed them.

As you’ll have gathered, while it’s all kicking off elsewhere, it’s pretty quiet from an Arsenal point of view. Some of the players are away on Interlull duty, if you’re really and truly interested, here’s a list of who’s gone to play for their countries.

Bernd Leno, Emi Martinez, Lucas Torreira, Pierre-Emerick Aubameyang, Dani Ceballos, Granit Xhaka, Matteo Guendouzi, Nicolas Pepe, Sead Kolasinac, and Joe Willock. Reiss Nelson was in the U21 squad but he’s withdrawn due a knee injury which will keep him out for a few weeks.

There’s also a little worry about Ceballos, who has a tight hamstring and probably won’t be considered for Spain’s game this weekend, but is expected to be available when they face Sweden on Tuesday. From an Arsenal point of view, he’s a really interesting player because I’m struggling to recall someone who has become so popular so quickly – especially because he’s not even officially an Arsenal player, but a loan signing from Real Madrid.

Obviously that performance against Burnley really helped. Tricks and flicks, sweet ball control, heart and determination, and celebrating a sort-of assist in the late summer sunshine at the Emirates like he’d scored himself creates a kind of image that sticks with you. He’s also the only player to have featured in all 11 fixtures this season – although others have played more minutes, Ceballos is alone with the 100% appearance stat. For the record, the next group on 10 are Pierre-Emerick Aubameyang, Nicolas Pepe, Joe Willock and, somewhat surprisingly, Lucas Torreira.

With Ceballos and our other midfielders, I wonder if there’s such investment in them because they’re not Granit Xhaka. I’m not saying this to be critical of the Swiss international (who has 8 appearances), but it’s fair to say that public opinion of him has taken a bit of a battering during this season. Therefore anyone who isn’t Xhaka is more popular. It might sound a bit basic, and I realise they don’t really play in the same position or fulfill the same role in the team, but I do think it feeds a bit into the overall perception of the Spanish international.

I like the way he plays, although just a little more positional discipline and awareness of others would be beneficial. It’s hard not to feel positive about a guy who always wants the ball, it shows he’s ready and willing to take responsibility, but standing with your back to goal gesturing at your feet is only useful if you’re in the right place to receive the ball. Sometimes there’s an element of the schoolboy about him in that he always wants to be involved, but not always at the right time.

Earlier in the season he spoke about how this was something he was looking to improve during his spell at Arsenal. In an interview in the Guardian with Sid Lowe, he said:

It’s true that at times the desire to be near the ball gets the better of me and I can lose my position. I have a big margin for improvement; with experience I can.

The other thing that strikes me from that interview now that we’re a couple of months into the season was his description of himself as a player who brings ‘Desequilibrio‘, roughly translated as a someone who can help a team disrupt the tactics of the opposition, or perhaps confuse them by offering something unexpected to his own team. I just wonder is that kind of a player suited to a team whose own tactical approach is so fluid/inconsistent [delete where appropriate].

However, so far there’s no question Ceballos has been a positive this season. He’s connected with the fans, he’s got his song, he’s scored his first goal and provided a couple of assists, and from what he said while away with Spain this week, he seems very happy here. Hopefully over the coming months he can make further progress and contribute even more. The fact our midfield still doesn’t function the way it should suggests that there’s room for players to stake a claim, and he’s certainly someone who can do that.

Right, that’s your lot for today. Back tomorrow with an Arsecast, and all the rest. Until then.