Home Arseblog, the arsenal blog A look in the fixture list crystal ball 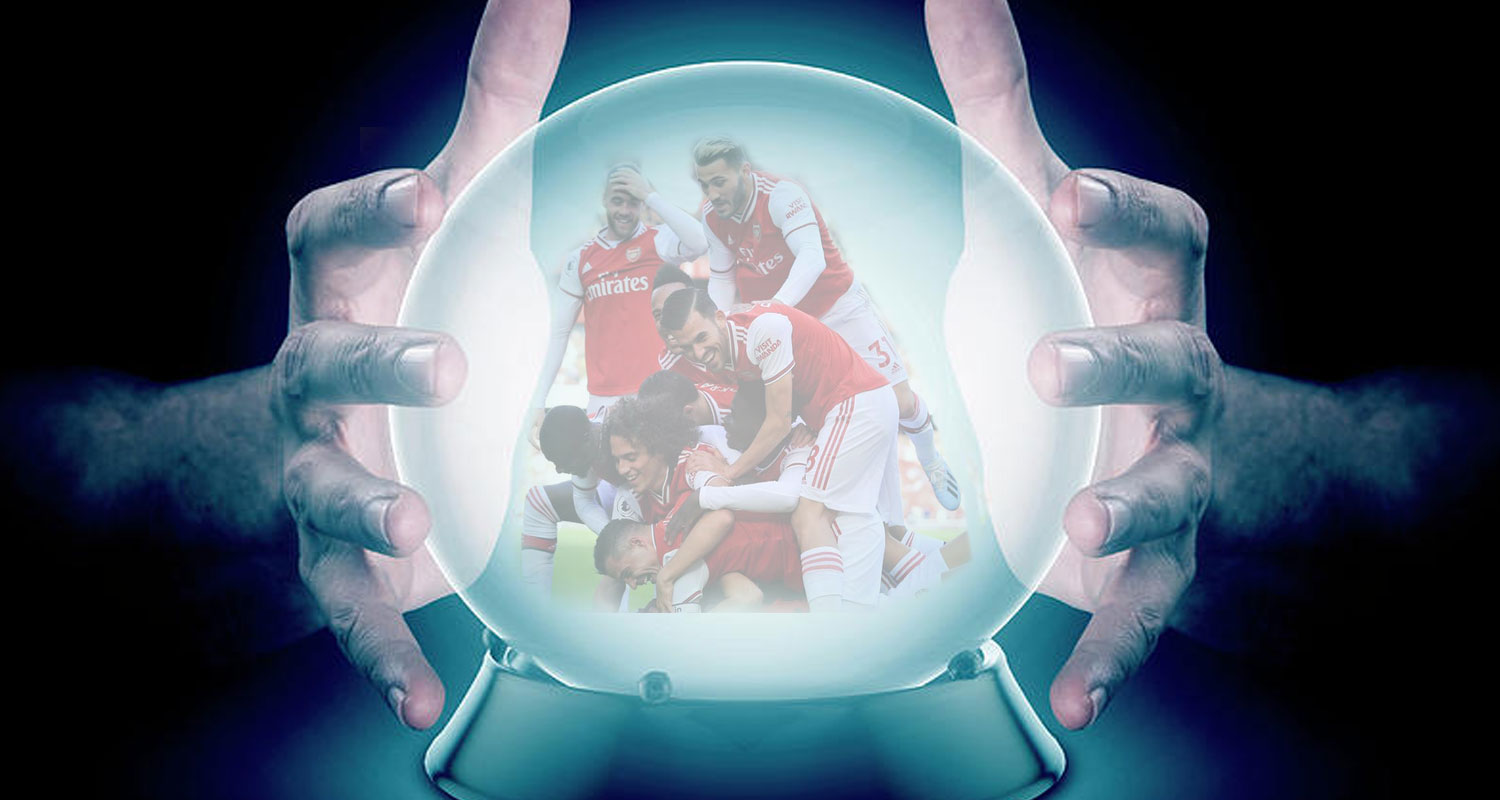 The Premier League is back this weekend, but not for us because of our Monday night trip to Sheffield United. There is still one Interlull left in this calendar year, and we have 17 (potentially 18) games to play between now and the end of 2019.

Unai Emery has been speaking about the schedule and says, in his roundabout way, that the squad can cope:

Every player is prepared to play a lot of matches and when we decided how we can do our squad for this season, we were thinking also to achieve and to have different players and two players in general for each position in the squad, for us to use them when we are taking some injuries or when we are playing a lot of matches, like we are going to play now.

Let’s have a look at what’s coming though, and what we should realistically expect from the upcoming fixtures.

An away trip after an Interlull allows us to break out the ‘It’s an away trip after the Interlull’ thing if we don’t play well, but with all due respect to our opponents, anything less than three points would be really disappointing. I was on a Sheffield United podcast last week, and the host was saying that they have a really bad record in the games they play after an international break – they didn’t win a single one last season. Thus, anything less than the maximum return would be poor.

A Europa League game at home against the least threatening side in the group. Play the kids again, let them do their stuff, we should win this one.

Memories of this game from last season still haunt me. Well, one memory in particular and that was Shkodran Mustafi’s inexplicable decision to just stop when shepherding the ball back to Bernd Leno, which allowed Wilfried Zaha to nip in and score. Reports during the summer said that it was his performance in this game that made Emery covet the winger as a summer signing. I don’t know if that’s true, but I’d imagine it was the one in which he finally made his mind up on Mustafi – leading to him publicly urging the former German international to find a new club. We know that didn’t work out, Mustafi’s recent interview explained why that was, but we have some ghosts to lay to rest here.

Palace have started the season well, despite being smashed by Sp*rs, they won at Old Trafford, and at the time of writing sit 6th in the table. Nevertheless, we owe them. The result in this game last season had a significant impact on our final league position, and at home this is the kind of game we should be winning.

Carabao Cup, a free hit. Don’t play any of our most important players, let the kids have a run again. Liverpool aren’t going to put their Premier League ambitions in peril by fielding their strongest side, and ultimately this tournament is our lowest priority this season. It’s not to be snobby about any kind of trophy, but when it comes right down to it our primary target this season is top four and we should avoid doing anything that makes that more difficult.

Unai Emery got away with playing Aubameyang in Frankfurt, but there’s no need to anything similar for this one.

That rarest of things in modern football, a 3pm kick off on a Saturday. Amazingly, or not, it’ll be our first one of the season. Again, a team that beat us last season – during that dismal week when we lost in quick succession to Palace, Wolves and Leicester. We were absolutely second best at Molineux in April, and it was this damaging run, plus the 1-1 draw with Brighton, that cost us Champions League football.

Although they had a very high profile win over Man City which reminds you can’t take anything for granted, that was only their second three points of the season. They’ve drawn four and lost two of the others. It’s not bad form, but not great either, and again at home this is a fixture which ought to be part of Emery’s redemption arc as he looks to make up for how poor we were against them a few months ago.

See above. We might be away, it might be a weird 15.50 kick off on a Wednesday, but it’s another job for the kids, and our qualification for the knock-out stages ought to be secured in this game.

A tricky one, and if I’m being realistic I think a point is about right. They’ve been good this season so far, and currently sit in the top four. Brendan Rodgers has them playing decent football, and while I think our expectations for home games are higher, we still have jitters on the road that they will look to expose. More would be nice, but a draw would be reasonable, all things considered.

So, from our Premier League games we’re looking at taking 10 points from 12, and the cup games are what they are. If we manage that, we’d sit on 25 points after 12 games, averaging a little over 2 points per game, which would be the kind of trajectory that secures a top four finish. Let’s see what we can come up with.

As it is an Arsenal free weekend, you need something to pass the time, and of course there’s a brand new Arsecast for you in all the usual podcast places. If you want something extra to listen to, James and I recorded another episode of ‘Waffle’, exclusively available to Patreon members. In it we talk about anything and everything except Arsenal, subjects on this one include movies, karaoke, Bill Hader’s new show, drag names, our own penalty taking technique/prowess and lots more.

To get instant access to that, and everything else – including ad-free podcasts all the time, ad-free Arseblog apps for iOS and Android, and lots more – sign up at patreon.com/arseblog for just €5 per month.

Till tomorrow, have a good one!