Home Arseblog, the arsenal blog Why Pierre-Emerick Aubameyang should be named Arsenal captain 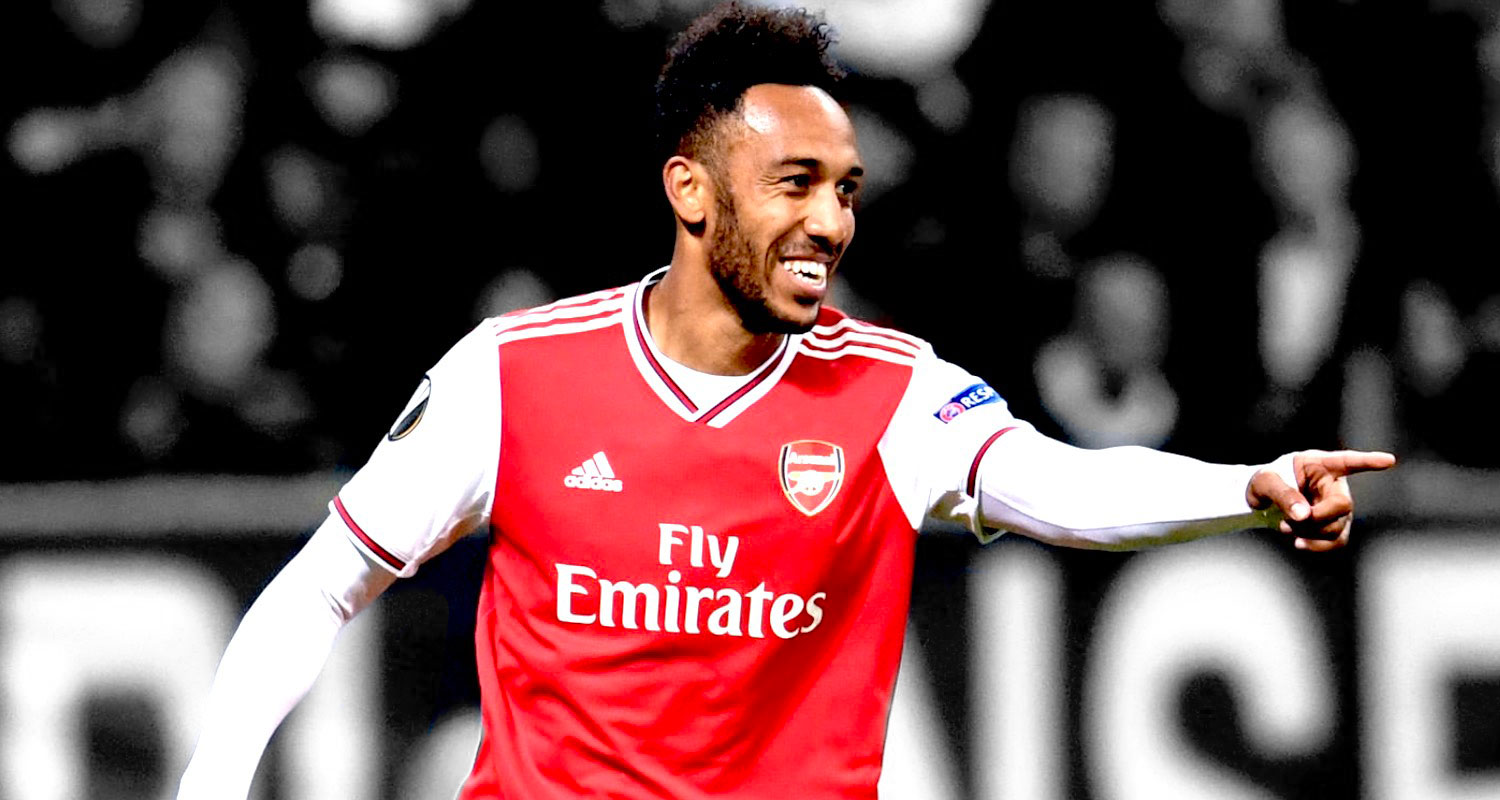 The draw for the next round of the Carabao Cup was made last night, and our reward for beating Nottingham Forest 5-0 is a trip to Anfield. Which isn’t ideal, in fairness, and given the runaround we got there earlier in the season it’s understandable that people might be feeling somewhat trepidatious about it.

I’m not that worried though. For various reasons.

1 – It’s the Carabao Cup and I think everyone – whatever they think of what we’re doing right now – is capable of compartmentalising that.

2 – Liverpool’s demands are similar to ours, in that they have Europe to contend with and as much as the Premier League is our priority this season, the same surely applies to the Mugsmashers. Having lost out so narrowly last year after producing an amazing campaign in which they lost just once but still finished runners up, there’s surely no way that Jurgen Klopp is going to risk Salah, Mane or Shark Teeth in a game of such little consequence. That doesn’t mean it’ll be easy, but it should make it a bit less complicated.

3 – It’s another chance to play the kids. I hope that our manager doesn’t view this as a game which might be seen as defining for him and decide to play his big guns like Aubameyang, Lacazette, Pepe etc. What our team on Tuesday night did was great, and while I strongly think some of them should be in Emery’s thoughts for the Premier League, the very least they deserve is another go in the next round.

4 – It’s the Carabao Cup. Do I want us to win? Sure. Am I going to lose my reason if we don’t? Absolutely not. This is a no pressure fixture because this competition is our lowest priority this season.

5 – The ghost of Julio Baptista might be with us. The last time we faced Liverpool at Anfield in this competition we won 6-3, and the overhead kick loving Brazilian scored four times. Ok, it was 12 years ago and has absolutely no relevance to anything, but I’m running out of things to say about this.

6 – There is no six. I just don’t see any particular reason to worry about this game. And even if Klopp picks a really strong side and we get beaten, I refer you to points 4 and 6. It’s the Carabao Cup.

Meanwhile, Arsenal chug along this season without having named an official captain, nor made final our group of five captains that Unai Emery seems to think is the way to go with all this. I suspect the former decision has been complicated by the Granit Xhaka situation which has seen the Swiss international the target of some fan disquiet, shall we say. Apparently he was subjected to some grief from the away fans when he went over to them after the Watford game, which perhaps you could put to one side given the fact we were so awful collectively that day, but when he was taken off against Villa there was more than a smattering of invective directed towards him.

It’s a difficult situation for the player and his relationship with the fans, and as much as Emery trusts him or likes him, it’s got to be playing a part in the captaincy decision. Ideally I think the Spaniard would like to make Xhaka his official captain, but I don’t know how he can do that when such an announcement is likely to go over so poorly with supporters. The Xhaka thing might be somewhat exaggerated due to current vexation with the team, but you can’t name a guy captain just after he’s been heckled off the pitch during a home game. It won’t ease the frustration, it’ll exacerbate it.

We still need a captain though, and as I said recently, what’s happened over the last couple of weeks requires Emery to think differently. Can he keep playing the same players who make mistakes and expect any different? They don’t appear capable of it under his tutelage anyway. Can he ignore the younger players who are hammering his metaphorical door down with their performances? I mean, he can, but he’d be foolish to do so. Finally, can he break himself out of his preconceived notions about what a leader is, and pick somebody else?

I’ve said it before, but it’s becoming increasingly obvious that the guy we should give the armband to is Pierre-Emerick Aubameyang. Ok, he’s not what you’d call your archetypal captain, and he’s perhaps the kind of easy-going, laid back character off the pitch that doesn’t fit with people’s desire to see a new Tony Adams again, but look at the evidence (and remember that a Tony Adams doesn’t come around that often, which is why they stand out when they do).

– He is so important to the team in terms of what he brings on the pitch, and he produces for us time and time again. He is an on-pitch leader, the focal point of the team, and when you think of Arsenal right now, he is front and centre to everything we do.

– He does have other leadership qualities. Think of him giving the penalty to Lacazette last season when the striker needed a goal for his confidence; think of him giving the penalty to Pepe against Villa when the new man needed to get off the mark at his new club. For a out and out goalscorer it demonstrates a willingness to think about the team above his own stats, and that’s not common. Someone like Harry Kane would kidnap a teammate’s child and demand they give the goal to him before the safe return of their offspring.

– Almost every single game he’s the man who faces up the media post-match, doing the TV interviews and so on.

– He’s hugely popular in the squad and his outlook and fun-loving nature generates a sense of collective well-being and togetherness. I know social media isn’t a true barometer of anything, but look at the way he interacts with other players on Instagram and how they respond. It’s not just his so-called mates either, it’s senior players and young players, right throughout the squad.

– For a player as good as he is, and for someone who clearly enjoys some of the flashier things a footballer’s life can bring, he appears to do so without much ego. Yesterday, Gabriel Martinelli told of his first days at the club and a lunchtime meeting with Aubameyang:

I arrived for lunch on the first day, I’m eating there, Aubameyang arrives and sits next to me, speaking Portuguese with me, ‘Alright?’, Trying to communicate. You see, the guy is so good, so humble. I was: ‘Damn it! Dude, it’s Aubameyang, who I saw on TV, came to talk to me!

– He’s not trying to make life difficult for a new signing, an 18 year old arriving from Brazil, he’s looking to help him settle in. Everyone you speak to about him talks of what a positive guy he is, on and off the pitch, and for me if Emery is willing to shift out of his comfort zone, Aubameyang is the obvious candidate to be Arsenal captain. The coach could think differently about other players in the squad too. We’ve got the likes of Hector Bellerin and Rob Holding on their way back, players who are the future of the club, and if we have to have five captains, they should be included too.

Let’s be realistic, we have to start looking to what we’re going to be and what we want to be, not what we have been – particular when that has been defined by under-performance and relative failure (last season’s top four chase + Europa League final). Something’s gotta give. It would even allow Emery to keep Xhaka in that group if he wanted, without it causing too much fuss, so let’s hope Emery has the handbrake off when he eventually gets around to making a final decision. Be brave.

Ok, that’s it for this morning. I’ll be back tomorrow with more bloggy goodness, a brand new Arsecast looking back at Forest and ahead to Man Utd on Monday, so until then take it easy.

Aubameyang ban appeal + the importance of a club’s footballing identity

Crystal Palace 1-1 Arsenal: Gunners fail to make the most of early domination