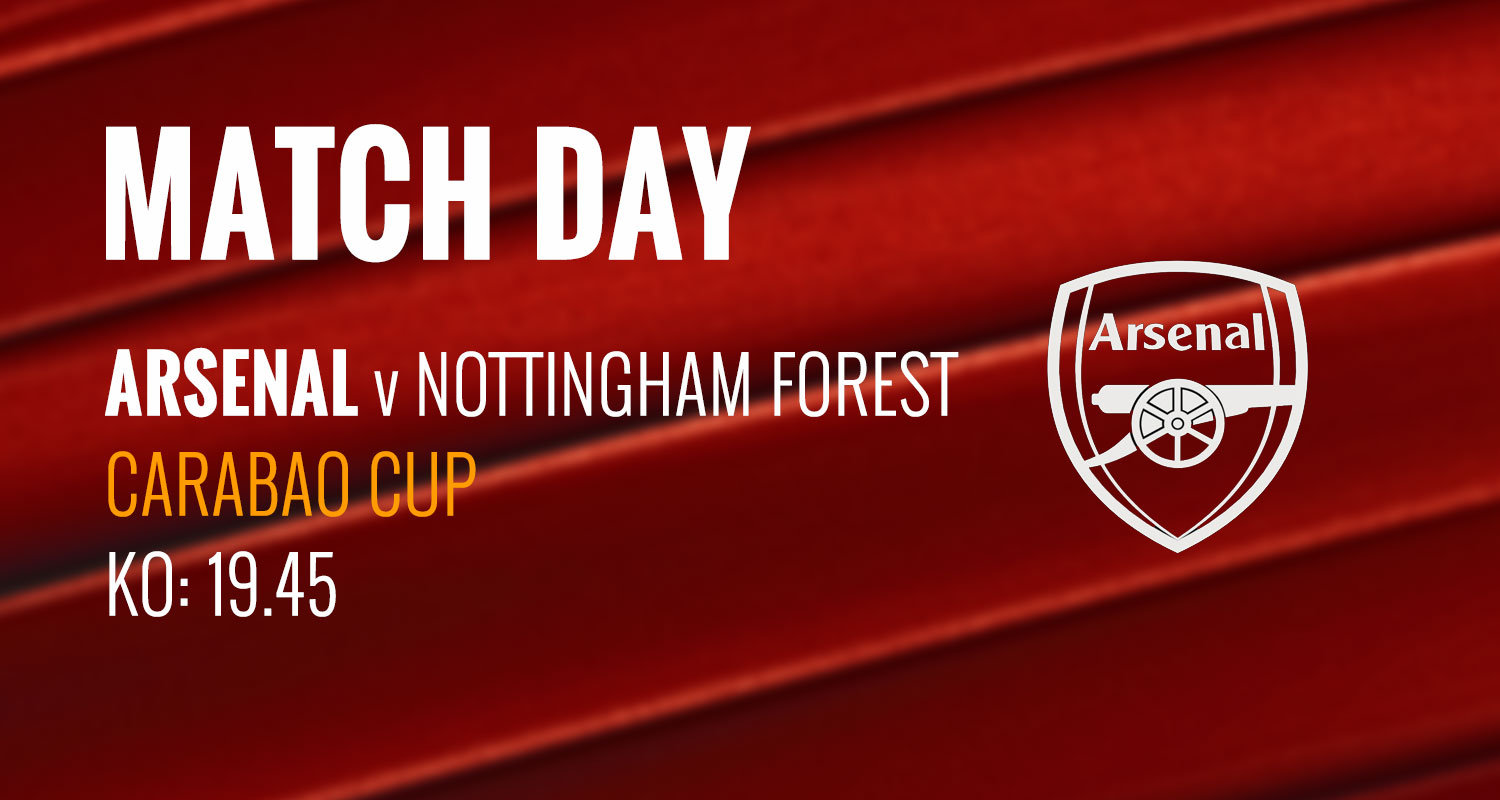 We’re in Carabao Cup action tonight, taking on Nottingham Forest at the Emirates. Given that this game comes just two days after our 3-2 win over Aston Villa, Unai Emery is, as they say, going to rotate the absolute bollix out of it.

Some of the options are obvious, Emi Martinez for Bernd Leno; anyone for David Luiz; Inanimate Carbon Rod for Xhaka; but in some cases he has a bit of thinking to do. Not least at full back where Ainsley Maitland-Niles is suspended after football’s only officiating blimp sent him off on Sunday, and Sead Kolasinac surely needs a rest.

The potential good news in that regard is that we might see Hector Bellerin and Kieran Tierney make their comeback/debut respectively. The pair have been in full training for some time now, and both played an hour of an U23 game on Friday, so they’re in the frame as Emery explains:

We are going to decide tomorrow with Hector and with Tierney if we will want to use them. I don’t know if that’s starting in the first XI or after from the bench, or if they are feeling well. This is the first idea, but it depends on tomorrow for their feelings.

I suspect he means how they’re feeling physically rather than emotionally because it is massively important not to rush things. The potential to pick up another little niggle when coming back from a long-term injury is high, but if they’re up to it, it’d be great to see them play at some point.

We’re also going to get a first team comeback for Rob Holding who will start at centre-half, possibly alongside Calum Chambers, although both Shkodran Mustafi and Dinos Mavropanos are other options there. Chambers could even play at right back if Hector isn’t quite fit enough to start. The return of Holding is timely though. We’re at a point where just six games into the new Premier League campaign most of us would be happy to see our incumbent centre-halves driven to a dense forest and then left there (perhaps chained to a mighty oak), so it’ll be good to have another option in there. He’s been in full training a little longer than Bellerin, hence there’s no question about him starting, so fingers crossed he comes through the game well.

In midfield we could see Lucas Torreira get a start, which is a bit jarring because for many he should be more involved in more important games, but that’s another story. Joe Willock, Robbie Burton, and even Mesut Ozil could be involved. I mean, it might seem like an indignity that he’s been reduced to playing in games like this, but he’s also played just 71 minutes this season and needs match fitness. Clearly the relationship with Emery is in the spotlight again, and the manager’s words last week about resting him for the Premier League then not using him against Villa have opened up this whole thing again. I feel like Emery could have handled it better, because his actions speak louder than his words, and it seems obvious he just doesn’t want to use the German. Is he cutting his nose off to spite his face? Perhaps. If performances were stellar without Ozil he could escape without too much scrutiny but that’s not the been the case.

Up front, you have to think Reiss Nelson will get a chance to impress. I suspect he was earmarked to start against Villa but given Saka’s brilliant display against Frankfurt, he was rewarded with the left wing slot on Sunday. He only played 45 minutes too, so he could potentially start again, while it’ll be interesting to see who plays up front. It just can’t be Pierre-Emerick Aubameyang, regardless of how much Emery would love to do it, so one of our young strikers Tyreece John-Jules or the prolific 18 year old Folarin Balogun should get the nod. Not forgetting Brazilian Gabriel Martinelli who must also be in consideration for a place in the front three.

Whatever team he picks, it’ll be a nice relief from the trials and tribulations of the Premier League. Let’s be honest, nobody’s that invested in the Carabao Cup, and while I’d like to see us play a few rounds so we can give playing time to the kids, it’s a long way from being our priority this season. So between returning players coming back from injury, and more chances for some of our exciting Academy talent, it should be a relatively fun one.

Unfortunately, there is to be no on-pitch reunion with Carl Jenkinson who joined Forest during the summer after eight years with us. He’s set to miss out with a foot injury, so there’s an extra little bit of spice denied to us, but it ought to be an interesting night. The visitors come with nothing to lose, and hopefully we get ourselves a good cup tie.

Assuming I can find a workable stream we’ll have a live blog and all that for you, so if you can’t find a way to watch the game you can keep with it here. I’ll leave you with yesterday’s brand new Arsecast Extra, chatting all about that remarkable Villa game, and everything associated with the result and the performance. Till tomorrow.

Arsenal in goalkeeper search, but search better this time