Home Arseblog, the arsenal blog The Interlull and beyond: a chance for youth to shine 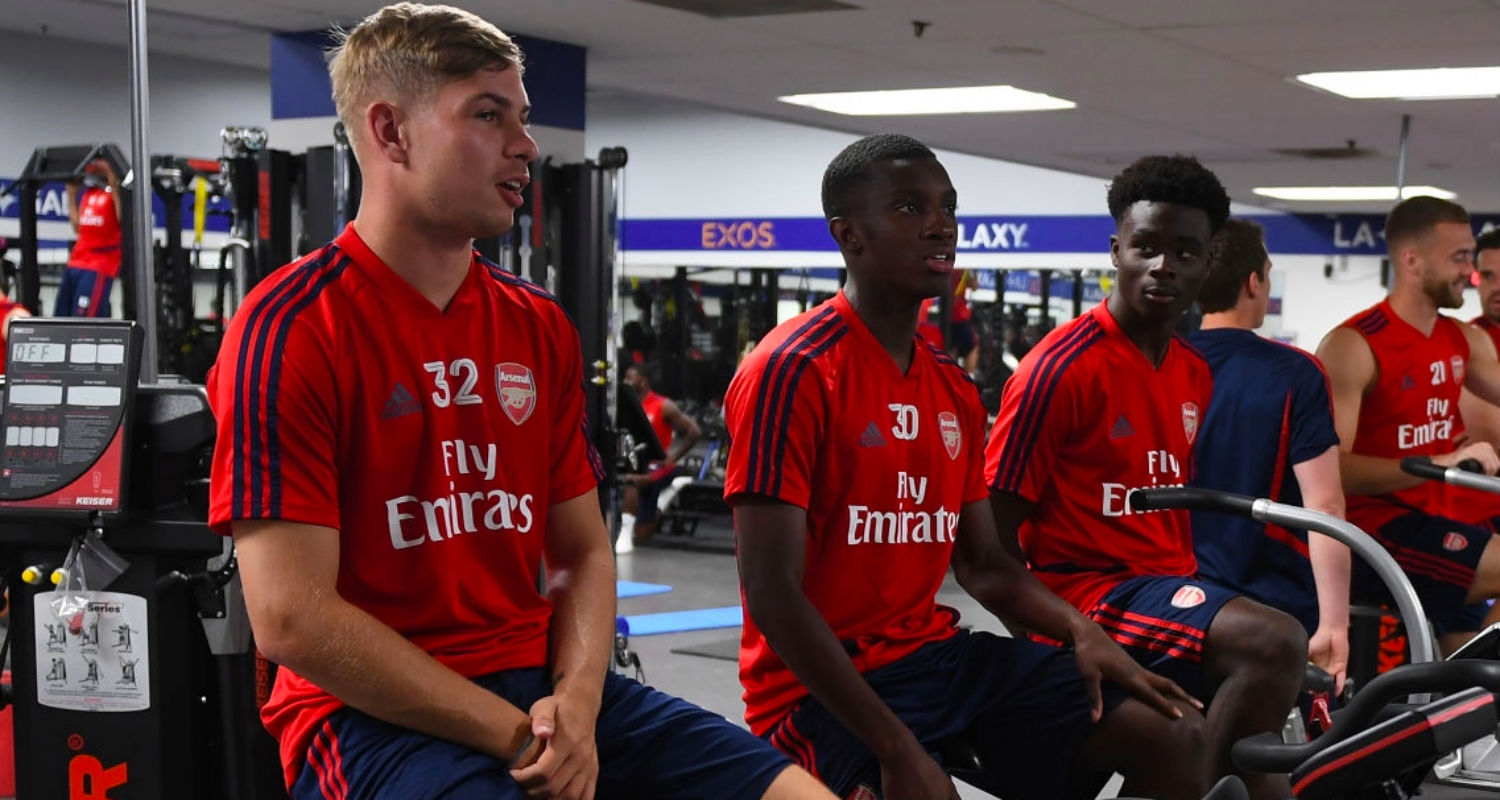 As expected, it’s still very quiet on the Arsenal front but rather than deliver on my threat to post a gif of tumbleweed, I’ve decided to embrace the Interlull. Desperate times call for desperate measures.

By my reckoning, only nine of Unai Emery’s 25-man first team squad are set to represent their country on the pitch in the next week.

Of the 16 players left, six are technically still injured (but expected back soon), six were not selected, Mesut Ozil has retired and, as far as I’m aware, Pierre-Emerick Aubameyang’s Gabon aren’t in action.

It means quite a few familiar faces will be at London Colney over the coming week but it won’t stop Unai Emery turning to Academy players to make up the numbers in training.

These Interlulls mark a perfect opportunity for the boss, with a helping hand from Freddie Ljungberg, Steve Bould and Edu, to cast his eye over the next generation. They won’t be the usual youngsters either. The most high-profile teens, Bukayo Saka and Tyreece John-Jules, are off with the England under-19s and Folarin Balogun has picked up a knock so it’s a chance for those further down the pecking order to test their mettle with the big boys.

Jeorge Bird, our resident Academy expert, has picked out Harry Clarke, Nathan Tormey and Trae Coyle as three who could make a mark. If they, or any others, do get to spend a few days doing rondos and star jumps with the senior stars it will mark another small step on a very long journey to the top.

For some, that journey takes no time at all. We witnessed Cesc Fabregas and Jack Wilshere make debuts at 16 and they never looked back. Some like Fran Merida, Gedion Zelalem, Serge Gnabry and Jeff Reine-Adelaide, burned brightly only for their momentum to be stymied by injuries or a lack of first-team opportunities. After loan moves, they looked elsewhere to get their career back on track.

Others, believing in their ability, were more decisive about leaving the comfort of Arsenal. Donyell Malen and Ismael Bennacer have thrived in new surroundings, the former doing well at PSV and the latter recently signing a big deal at AC Milan. Loads have been shown to the table at our Michelin-starred restaurant before deciding a Pizza Hut buffet, kebab or Boots meal deal might suit them better.

There will always be talents that slip through the net. After all, there’s just not enough room in first team squads to accommodate five or six youngsters every season.

That said, given the appointments made to the football operations team and the investment in the physical infrastructure at Hale End it does feel like we’re making a concerted effort to clear the path for the best of them, even if that means taking risky decisions to ruthlessly cull established but under-performing stars.

With all that in mind, I fully expect to see more teenagers getting chances in the cup competitions in the coming seasons and for those that excel to get further opportunities in the Premier League or loan experience at decent clubs elsewhere (like Eddie Nketiah).

In a video piece for Sky Sports’ Soccer Saturday ahead of the North London derby, Per Mertesacker, surrounded by Saka, Willock, Nelson and Smith-Rowe, said: “We believe in young players who can represent Arsenal in the first-team and for these guys sitting here, to represent the Arsenal first-team in such a capacity is a proud moment for us all.”

He added: “We are very excited about our new chapter. Obviously, there was a lot of change in the club, including me being now Academy manager but the philosophy has never changed.”

The German also revived a term that didn’t work out for Arsene Wenger. “We need a new ‘British core’ for the next generation,” he said. “That’s what we’re trying to build up here, that there’s a feeling and identification with the team, so that’s a big job to do.”

Judging by some of our work in the transfer window, there is also decent cash to be made from selling capable youngsters who aren’t quite ready to perform at the level we need. The sale of Dominic Thompson to Brentford for up to £3 million and the £10 million we’ve taken off Derby for Krystian Bielik looks like decent business. There was also £2.5 million banked from the exit of Xavier Amaechi to Hamburg and the fruits of sell-on clauses elsewhere. It all adds up.

I know the original ‘Project Youth’ proved to be quite frustrating, not least for the fans, but I’m hopeful that we can learn from it. Unlike before, we’re not dealing with the immediate aftermath of a stadium move and there’s seemingly a willingness to spend money on good players if it makes sense.

All in all, I’m optimistic.

I will caveat that by saying that a change in coach next summer could throw everything into disarray. Ivan Gazidis made a big song and dance about Unai buying into our youth policy. If the Spaniard fails to get Champions League football this year and doesn’t get another contract, will we expect the same of future appointments? Or will we panic, recruit a coach with an eye on the short-term and put club values to one side in the pursuit of cold hard cash. I guess we’ll cross that bridge when we come to it…just don’t ever mention Jose Mourinho or I’ll punch you in the nuts.

Right, before I go to work, some housekeeping. If you missed it yesterday, check out our latest feature by guest contributor Will Sharp of These Footy Times. It’s an ode to Hector Bellerin who in his eyes, is the world’s most important footballer. Definitely worth five minutes of your time.

And may I also point you in the direction of a brilliant new episode of the Arsenal Women Arsecast in which Tim Stillman and Pippa Monique talk to Jordan Nobbs about her return to fitness and interview surgeon Pete Gallacher about ACL injuries, which female players are four to six times more likely to suffer than their male counterparts.