Home Arseblog, the arsenal blog Playing out from the back is not wrong, but the way Arsenal... 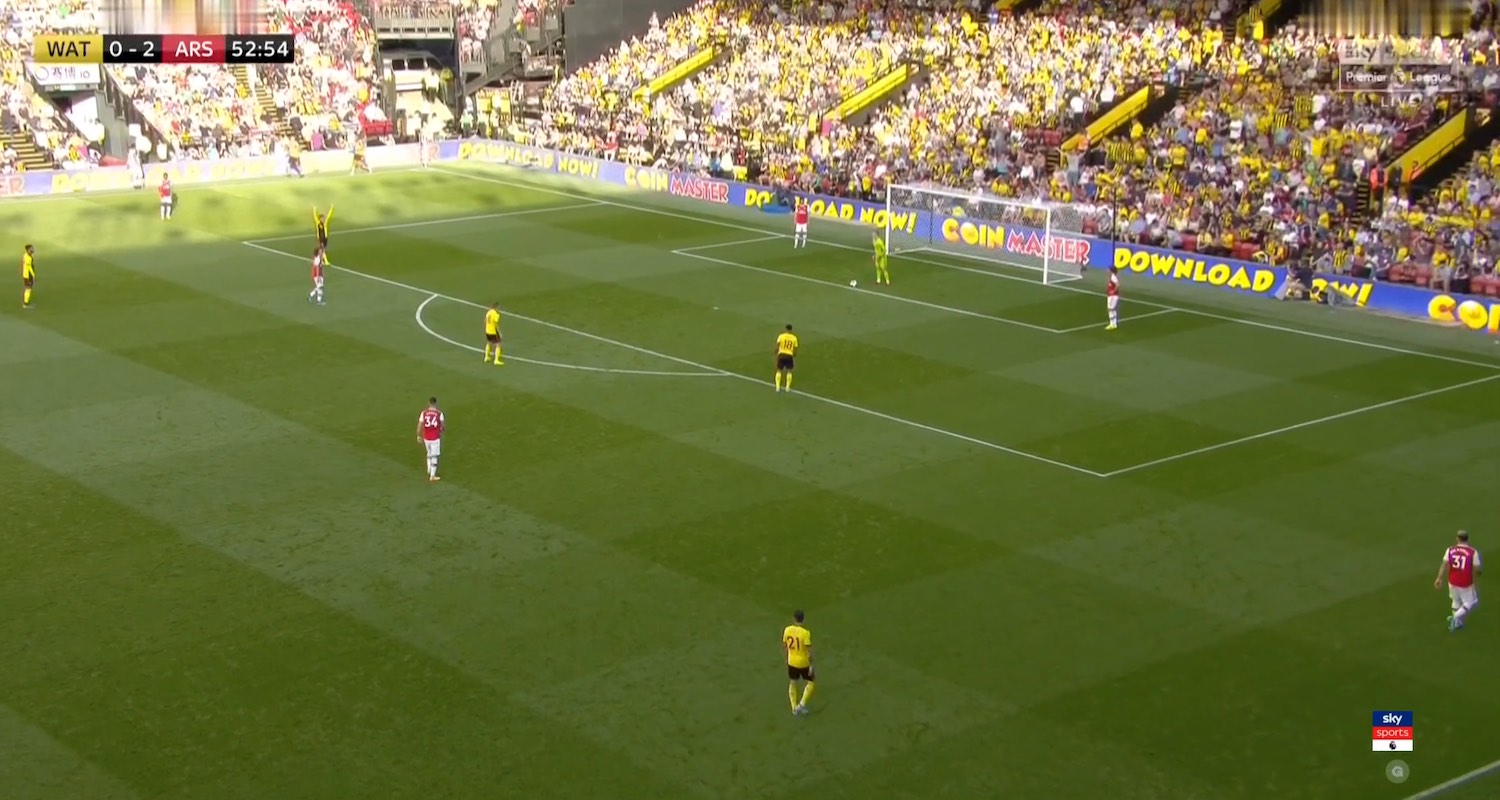 In the immediate aftermath of the 2-2 draw against Watford, Sokratis made an apology via his social media channels after his mistake. He also did a bit of post-game press, in which he spoke about his poor pass which let the home side back into the game, suggesting that without that, we’d have won. He said:

On the one hand, he’s held his hands up and taken responsibility for what was a dreadful error. Fair play. It was careless and something a player of his experience should know better than to do. On the other, I think we’d be doing ourselves a disservice if we allowed ourselves to think that second half performance was all down the fact that Sokratis made a bad pass. There was a lot more to it than that.

Yes, it was a bit of a turning point, but we’d been dodgy from goal kicks in the first half, we began the second period with a dreadful mistake from Matteo Guendouzi, and by the time Sokratis did what he did, Watford were smelling blood from our goal kicks anyway. Tom Cleverly told the Evening Standard:

I feel like we were well organised from their goal kicks. It is something we worked on all week. We weren’t surprised they tried to play like that. It was just more of a surprise they didn’t adapt during the game and they were pretty stubborn with it.

And that last line is absolutely the killer. There’s absolutely nothing wrong with playing out from the back. It’s something modern teams do and it’s a bit of a shift from the way things used to be. Time was you’d get a goal kick, whack it towards the big centre-forward who could flick it on or hold it up, and away you go. Szczesny to Sagna was our out ball for ages under a possession based coach like Arsene Wenger. But the game changes, and the new rule which allows you to play a goal kick to a player inside your own box has obviously had a major impact.

So, it’s not playing out from the back that’s an issue, it’s how you play out from the back. Remember last season when Emery took over last season? He insisted on this as a tactic early on. There were some scares – particularly involving Petr Cech who looked more uncomfortable than most – but we looked to be improving. Then he stopped doing it. This very obvious thing which seemed to define his style was put on the back burner without any real explanation. This season we’re at it again, and it’s clear the instruction is play it short, almost at any cost.

Here’s David Luiz talking about it after the 2-1 win over Burnley:

You have to do the plan – and the plan is to play out from the back. I was trying to do that, and in the end I think we did it well.

Yet five games in and we’re not doing it well at all. If anything, we’re worse. There’s no reason why a player of the vast experience of Sokratis – who is pretty decent on the ball and whose passing numbers are usually something in the 90%s – should do what he did on Sunday if he knows exactly what the plan is. Maybe he just made the wrong decision, but a player who is well coached and well drilled won’t make that mistake.

The other thing is the need to vary what you’re doing so it’s not blindingly obvious to the opposition what you’re going to do every single time. There’s a great big football pitch out there, it doesn’t have to be a 2 yard pass to a centre-half who is immediately put under pressure by an opponent. Also, the centre-half isn’t required to stand right beside his keeper to collect the ball. Clip one into midfield, clip one to a player stationed out on the wing, there are other options – and Leno is a good passer of the ball, so it’s well within his capabilities. If you just do the same thing over and over again, it doesn’t take long for the opposition to work out what you’re going to do, how you’re going to do it, and how to stop it.

The almost complete lack of variation until around the 63rd minute when Xhaka basically told Leno to hit it long was ridiculous. Then we had the problem that because we’d been set up to always take them short, we weren’t able to properly compete when we did go downfield. The fact that by then we had no control of midfield, we’d taken off Ceballos, Torreira was basically like for like for Guendouzi, and then Reiss Nelson came on for Ozil meant that the dominance Watford had continued unabated.

If you think playing short, passing football around your own box is inherently risky, you might have a point. Even the best teams make mistakes when doing it, but is it something that these players are incapable of because they’re not good enough? Absolutely not. No doubt many of you have seen the video doing the rounds of Norwich against Man City. Are we supposed to believe that an injury hit side just promoted from the Championship is technically superior? I don’t think so.

Beating the press by sticking to our philosophy… 🤗👏 #ncfc pic.twitter.com/16bSPQI7r1

It’s about coaching which instills in players the kind of confidence and belief that allows them to play like this. Arsenal are almost always one bad pass away from a breakdown, and basically it stems from what’s done on the training ground. Do the players look confident? Do they look like they know what the game plan is beyond ‘Play it short’?

Ultimately there are serious issues when it comes to what we do on the ball, and what we do off it. Our defence is a shambles, but until such time as we can organise a midfield and a team ahead of them, that’s going to remain the case. Until such time as we can control games of football – something we’ve rarely done under Emery – we’ll never feel assured enough to offer the defence the kind of protection it needs.

The individual errors are inexcusable, but when you play in a manner which puts you under relentless pressure, or which can see you exposed in an instant, those are often a consequence of that. And look, it’s one thing to be battered senseless by the Champions League winners and the best team in England right now, it’s another thing entirely when it’s bottom of the table Watford. Some people seemed relatively sanguine after the trip to Anfield because of the calibre of the opposition. Our performance that day worried me beyond how good Liverpool were, and with the same formation and basically the same personnel against Watford, we were completely exposed again. Fool me once, and all that.

The question now is what can, or will, Unai Emery do about it? We’ve had a full pre-season to work on our tactical approach, systems and formations. We’ve had weeks and weeks to practise playing it out from the back. Are we to expect significant improvement at a time when we’ve got three games a week and little time to extra drills? Will the fact everyone knows we’re bad at short goal kicks and vulnerable from them see the manager consign this tactic to the bin like he did last season?

Whatever it is, he’s got to do something because if we continue like this, if we allow ourselves to get dominated by the opposition like we did at Vicarage Road, the pressure he’s already under will continue to grow.

Right, I’ll leave you with more discussion of Watford, the way we played and lots more on this week’s Arsecast Extra. Happy listening!

No hiding place for Sanllehi as Arsenal ponder next appointment