Home Arseblog, the arsenal blog Man Utd preview: Will Emery go for it at Old Trafford? 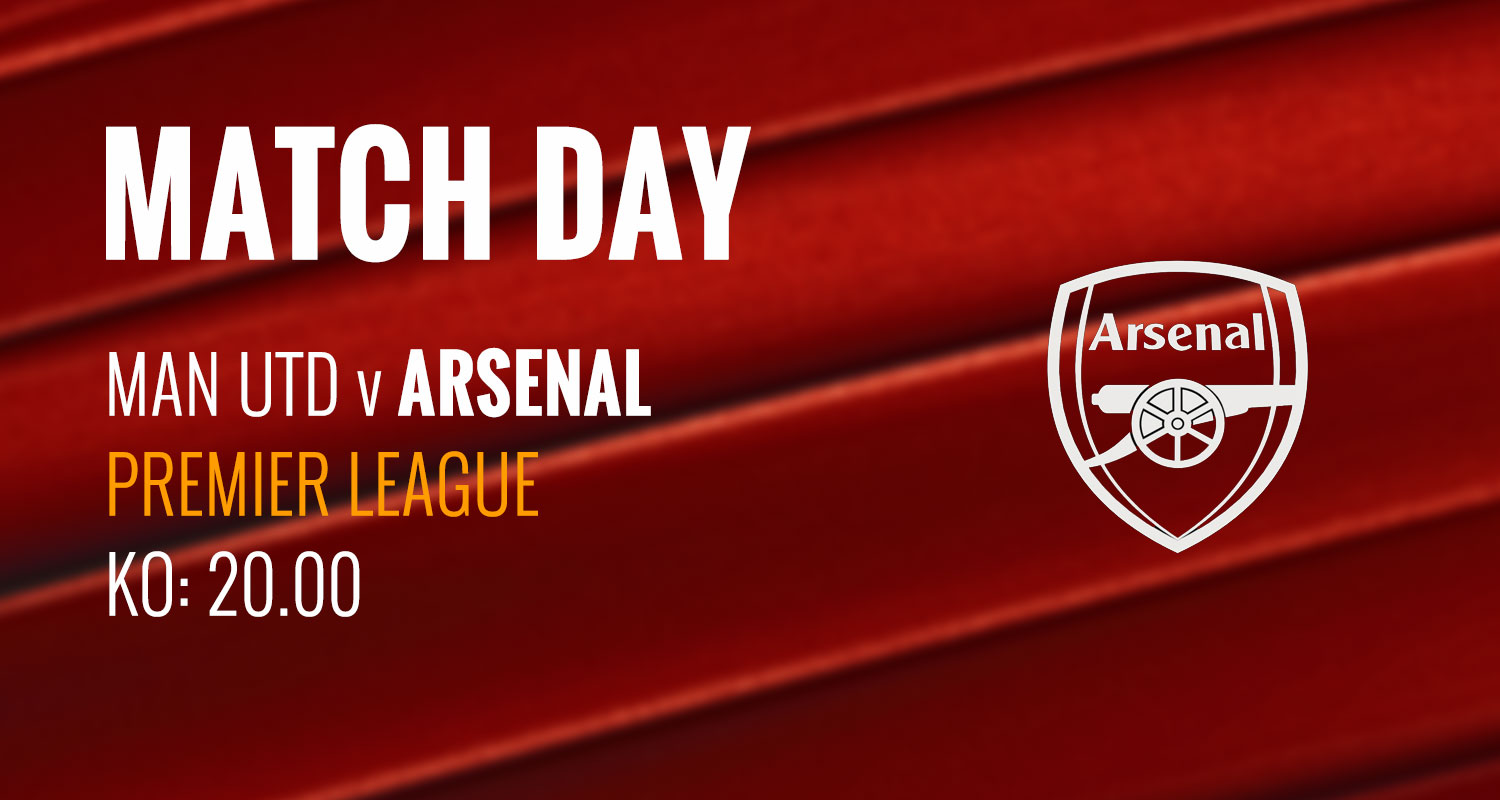 We’ve had a full weekend without Arsenal, but tonight we travel to Old Trafford to take on a Man Utd side who are not in great form. They’ve won just twice this season, and if you go back to the last campaign, their run of just four wins in fifteen games suggests they have some pretty serious issues at the moment.

Does that make it a good time for us to to go there? Well, it depends entirely on how much faith you have that we can turn the screw on a team in poor form. Our record there doesn’t instill a lot of confidence, having last won there in 2006 we’ve found it a difficult place to go, and much will depend on how Unai Emery sets his team up tonight.

When we went to Anfield our game-plan was not to try and win the game, but one that felt like it was based around damage limitation. Whether you agree with that or not, you can sort of understand it when you’re facing a team as good as they are. United right now are a different prospect though. Which isn’t to say we should underestimate them, or take anything for granted, but if we set up tonight in a way which doesn’t try and exploit their current weakness then it would be disappointing. If the idea is just to try and contain them, rather than go for them, it won’t leave much wiggle room for Emery if it doesn’t work out.

In terms of the team, I think we’ll see some changes in the back four. I reckon Calum Chambers will play at right back ahead of Ainsley Maitland-Niles. I’m not sure it makes us any more defensively secure to be honest, but going forward Chambers has been eye-catching in the last few games, and in the absence of Emery being brave enough to move him to the centre of the defence, this seems like how he’s going to get into the team.

Kieran Tierney at left back seems a no-brainer assuming he’s deemed fit enough to start, and then there’s a decision to be made around Rob Holding. Is a game of this intensity, away from home at a ground we rarely win at, the right time to throw him back into Premier League action? Given how Sokratis and David Luiz have performed this season I’d be seriously tempted, but it remains to be seen how the manager views it. As for Holding himself, he’s looking at tonight to provide some closure to his lengthy injury absence having suffered his ACL rupture at Old Trafford in December last year:

It will be coming full circle. Even if I am on the bench it will be brilliant to just walk back to that spot that it happened and just sort of take it in and have a bit of a moment. Then it will be business as usual. But I couldn’t really write it any better. I suppose you could say it is a bit of closure for it to happen there and then your first game involved is back there.

Further forward, Granit Xhaka will start in midfield, no doubt about it. You surely can’t make a man captain with that much focus on it and then not play him, but we’ll have to see who Emery picks to play with him in midfield – and in what system. I hope it’s not the Four-Diamond-Two, because we just don’t play that well with it, but perhaps Xhaka with Guendouzi alongside him in double pivot with one of Willock or Ceballos ahead might be interesting.

It’s also weird that when I think about what Emery will do with his midfield, Lucas Torreira feels like a bit of an afterthought. He could play him with the other two, but I wonder more and more if the manager just doesn’t fancy the Uruguayan as much as fans do. We know he has a predilection for a big bloke at the base of his midfield, and whatever other qualities he has, physical presence isn’t one of them.

Assuming we play a front three, Aubameyang and Pepe will take up two of those places, and who we use from the left will be interesting. Bukayo Saka started our last Premier League game, will Emery fancy using him in a big game away from home? Reiss Nelson scored against Forest to remind the manager he’s around, while Gabriel Martinelli has played a lot of his football from the left despite his two goals in the centre forward position against Forest. I suspect if it’s a straight choice between those three, Saka might just get the nod, but I wouldn’t rule out something like Ceballos in that position given the opposition and the way Emery might perceive them.

The importance of this game is something the coach is well aware of, saying:

Each match when I watched in Spain, Arsenal v Manchester United, Manchester United v Arsenal, was a special moment. I think Monday at eight o’clock, all around the world, if someone wants to watch a football match, it’s this one. We really want to play matches where we can do something important. We are preparing well. The players are wishing to play the next match – we know it’s a very big opportunity for us to get three points.

Obviously the points are the most important thing, but Emery’s team are under the microscope a bit. The win over Villa was hugely exciting, but it didn’t answer too many of the questions raised by that awful Watford performance. It was great to win, and the midweek thrashing of Forest helped soothe the waters a little, but this is an acid test for the team tonight in terms of result and performance. It feels like too long since we’ve married the two in a big Premier League game, so fingers crossed tonight is the night we can do that.

As ever, we’ll have live blog coverage of the game for you, with chat, goal clips and more – and all the post-match stuff on Arseblog News. Monday will be slow, but I’ll catch you later for the game.