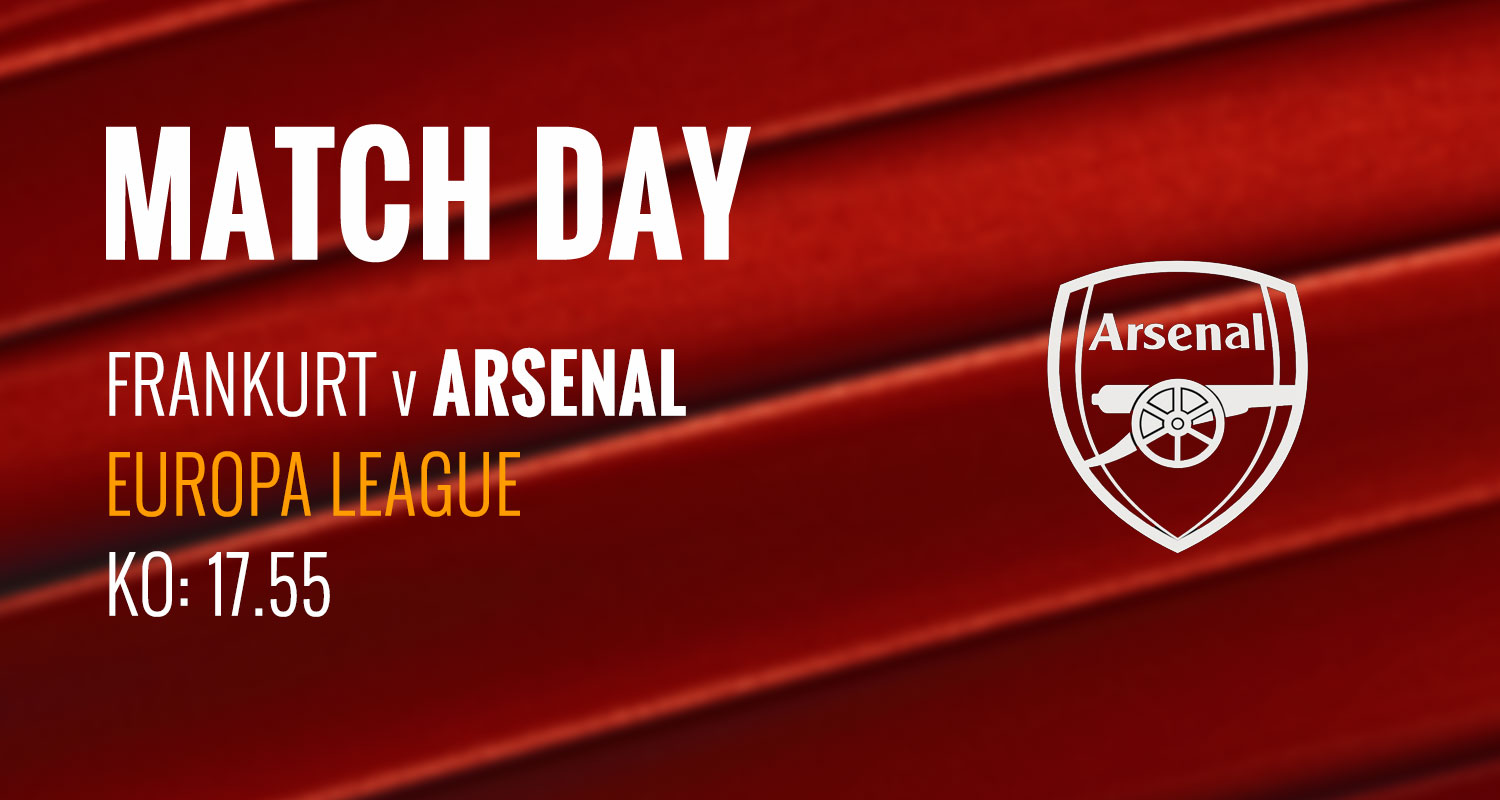 Arsenal’s European campaign begins tonight with a trip to Germany to take on Eintracht Frankfurt. As I sit here on a Thursday morning writing about the Europa League for the third successive year, I can’t help but think about the dismal end to the last campaign – because we should have been playing Champions League football this season. However, it is what it is, and we have to get on with it.

Over the last few weeks and months I’ve said repeatedly that the group stages this season should be, as much as possible, the sole preserve of young players and fringe players. I realise we don’t have the biggest squad around, but I’d still prefer if that were our approach. There are some young guns in the travelling squad – the likes of Bukayo Saka, Emile Smith Rowe, Gabriel Martinelli, Reiss Nelson and Joe Willock – but also experienced players who I think will start tonight.

I’ll be straight up and say that the inclusion and probable start for Pierre-Emerick Aubameyang scares me a bit. We only have one fit senior striker, and I would prefer him to be fit for the Premier League than play in the Europa League. Sure, it’s not at all inconceivable that he plays tonight, scores, and comes through the game without a scratch, but it is a risk – not to mention we’ll ask him to do it all again on Sunday. To be fair, Emery could just have him along for insurance, perhaps planning to start Martinelli up top and, if we need a goal later on, he can throw on the man who has scored 60% of ours this season already.

Nicolas Pepe is there too, and you can see a bit more logic in his inclusion. He’s still getting properly match fit after a truncated pre-season, and after five games he could do with a goal to get him off the mark at the club. There is no Mesut Ozil though who is, along with Sokratis, being ‘rested’ ahead of Sunday’s game against Villa. To put this in perspective, the Greek international’s rest comes after playing 90 minutes in our five league games, and 90 minutes twice for his country during the Interlull for a total of 630 minutes. Ozil, meanwhile, played 71 minutes against Watford and that’s it, so as ever with him and Emery it’s hard to understand what’s going on.

I’ve seen people say it’s because the game is in Germany, but despite what went on after the World Cup, there’s no reason why that should be an issue. Emery denied that’s what it is anyway. Then there were suggestions that it’s a continued consequence of the gang related issues that were inflicted upon him at the start of the season, but Sead Kolasinac is there and ready to play, so that doesn’t make sense either. If it is purely a fitness thing, and the manager doesn’t feel like he’s capable of playing again so soon after Watford, or he’s building his entire game plan for the Aston Villa game on Sunday around him, then maybe there’s something to it. However, it’s disappointing to think that a professional footballer, after a full pre-season and weeks and weeks of training isn’t fully charged and ready to go after playing so little this season.

I would have had Ozil in my team tonight, but Emery has decided against it for what feels like fairly spurious reasons. It’s not even a case that the mindset is to protect our ‘big’ players because Aubameyang is in the squad, and let’s be honest, we can far more easily find a player to play in midfield where Ozil might be used than replace a striker who is so, so important for us. This isn’t about ensuring we’re ready for Villa, it’s got to be something else at this point and obfuscation really doesn’t help.

On the plus side though, Rob Holding is back in the fold, but I do wonder if making his comeback on Tuesday in the Carabao Cup would make more sense. Coming back from injury, can we play him tonight and then again so soon? We have to be careful how we manage the comebacks from these serious injuries, so if this trip is to get him involved in the match day squad again ahead of his playing return next week, I’d be ok with that.

As for how we play tonight, what kind of system and formation we use, your guess is as good as mine. It wouldn’t surprise me to see a three at the back with Chambers, Mustafi and Luiz, with Maitland-Niles and Kolasinac as wing backs. However, I’d prefer to see us stick with a back four, play two to anchor the centre of our midfield, then someone else to connect us to the front three – whoever they might be.

Frankfurt away is probably the most difficult game of the group, and Emery’s squad selection has reflected that. In bringing his biggest, most important player, and lots of experience with him, he’s indicated he’s taking this game seriously, and thus so should we in terms of how we judge it. As much as the Europa League group stages are an uninspiring part of the season, the manager appears keen to get us back on track after Watford with this game. Tonight’s opposition made the semi-finals last season, so they’re a good side, more than capable of exposing some of our myriad weaknesses, and it will be a reasonable test.

Anyway, let’s see what tonight brings in terms of result and performance, and we can take it from there. As ever, we’ll have a live blog, and all the post-match stuff on Arseblog News, and don’t forget that because this tournament is the football equivalent of finding warts on your bumhole, the kick off time is 17.55.