Home Arseblog, the arsenal blog Holidays are over: Jamón you Gunners 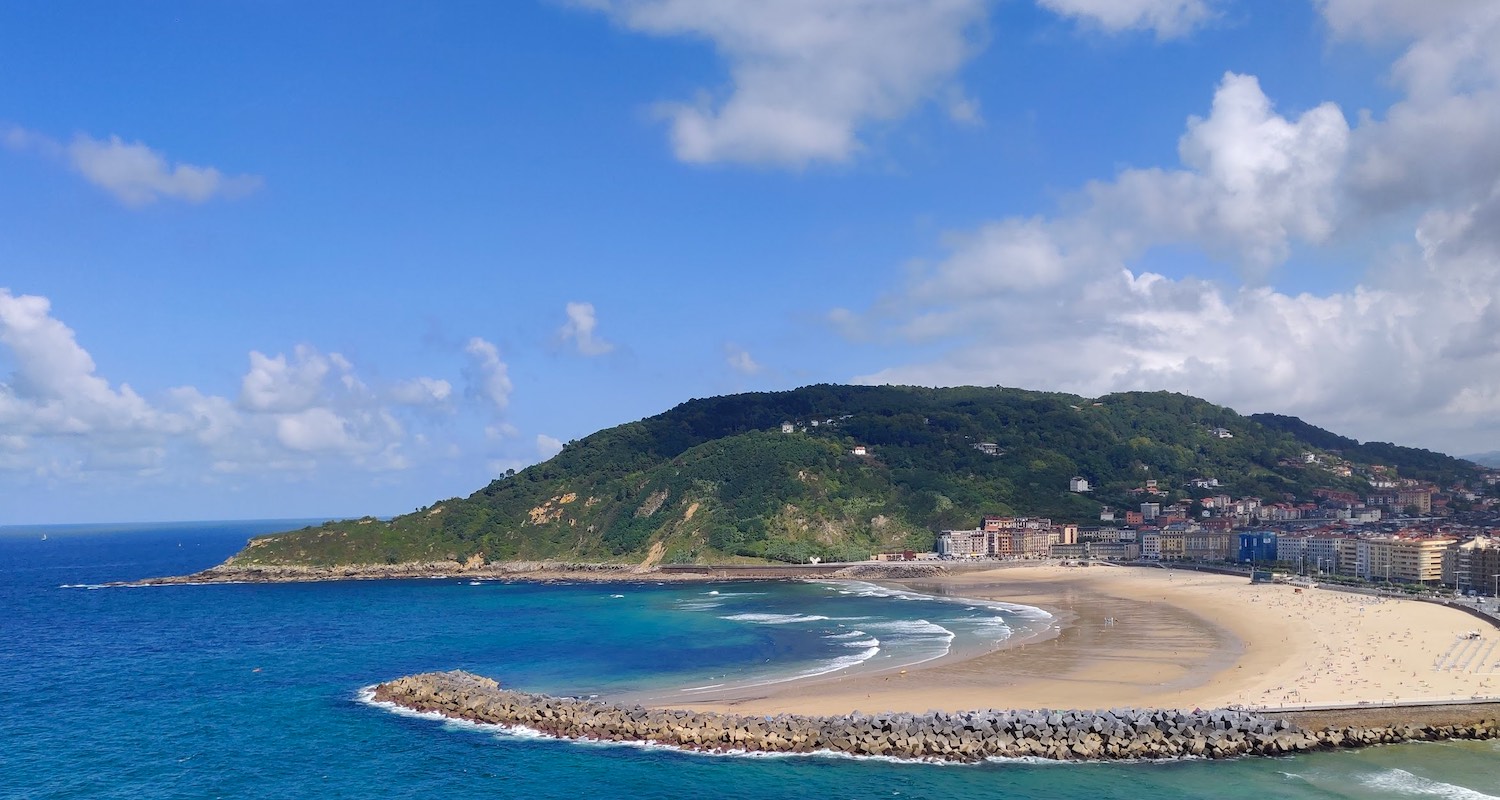 Hello everyone, I’m back from my holidays, and so fueled up with pinxtos and wine that I can’t wait to get back to blogging! My thanks as always to Andrew and Tom for holding the fort. Some might wonder if I time my vacation precisely for these interminable, dull Interlulls in which nothing much is happening, meaning I don’t have to deal with almost no news and the difficulty of producing a daily article. I cannot confirm or deny such a thing. I’m sure it’s mere coincidence. Let’s see what happens during this exact same international break, perhaps we might find a pattern.

I spent a few days in the Basque country, starting with Bilbao. I didn’t see a lot of it, but what I did see I really liked. Not least the Athletic Bilbao stadium San Mamés. I don’t think I’ve ever seen a football ground with such a beautiful backdrop. It sort of appears to your right as you walk towards the bus station in the town and in front there’s some classic Spanish architecture, with the mountains in the background, and going to a game there is now very much on my bucket list. Here’s a panorama type thing which sort of shows you, but it’s so much more impressive in that weird thing called ‘real life’ that people go on about.

After that it was San Sebastian, and holy moly I still can’t quite believe this place. Not only is the town itself beautiful, the beaches fantastic, the water amazing, and the people so  friendly, the food is just next level. And there’s so much of it, everywhere. You can easily have two lunches, and then another lunch for dessert. And then dessert. Before doing the exact same thing with dinner. The good thing is it’s a great town for walking too, so all those lunches were offset by doing over 82000 steps and 69.5km in just three days. I still managed to put on a few pounds because everything is so delicious. A bit of a detox back home now is necessary, but so worth it.

Thanks to everyone who provided recommendations to places to try and go and eat, and the beauty of the place – for me at least – is the ability to just stroll and find your own little gems. If you’re even vaguely interested in food as part of a holiday experience, you’ve got to go here if you haven’t already been. While there I did keep an eye out for Real Sociedad’s new signing Nacho Monreal, but I guess he was driving a hire van back from London with all his stuff in it. I did meet the Hector Bellerin of dogs though: 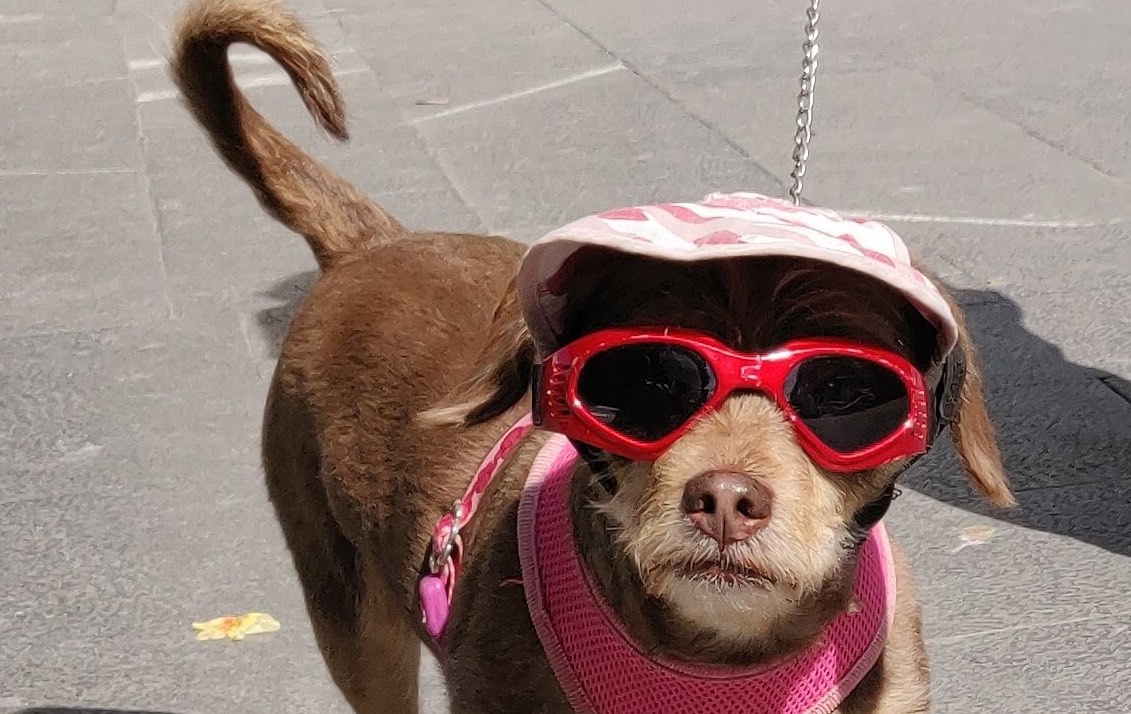 After that it was a few days in Barcelona to see the Blogette, and then back to Dublin yesterday in spite of massive delay leaving Spain due to inclement weather. And by that I mean torrential rain, thunderstorms, and crashing lightning – which is great if you’re sitting inside or on a terrace looking out at it with nice drink, but not so much when you’re trapped on a plane which can’t move for hours because the airport is basically shut down. Still, a small price to pay for the deliciousness of what came before it.

Now though, it’s back to the Arsenal grind, and from what I can see there hasn’t been a lot going on. Thank goodness I didn’t have to blog about it, haha. I know there were some injury worries over Granit Xhaka, Lucas Torreira and potentially Joe Willock, so we’ll have to wait and see what the fitness update brings this week as we prepare for a visit to Watford on Sunday afternoon. Not only do we have that thing where we face an ex-player in Danny Welbeck, we have the double whammy of the opposition having a new manager. That seems to happen to us an awful lot. During the Interlull they sacked Javi Gracia and reappointed Quique Sanchez Flores, so maybe the fact he’s been there before won’t provide them with as of much of the new manager bump that teams appear to get when there’s a change.

Unai Emery did a bit of a Q&A with the official site, and sounds particularly excited about the young players. Maybe he has to, because over the final weeks of the transfer window we lost quite a lot of experience, with the likes of Alex Iwobi, Henrikh Mkhitaryan, Laurent Koscielny and Nacho all leaving. You could make a decent argument that in every case the departures were part of an upgrade process, but it does put a lot of onus on the younger players and this summer’s recruits to really start producing quite quickly.

He also sounds like a manager who is going to try and produce attacking football, which wasn’t always the case last season. He says:

I think we can continue being very offensive with a lot of important offensive players. We also want to take the balance defensively to be strong and I think the first four matches allowed us to show our first characteristic: to be offensive.

He talks about finding the defensive balance, which of course is a consideration, but I do wonder if during the summer there have been some discussions about what kind of a team Arsenal should have, and what kind of football it should play. We now have Edu, a former Invincible as our Technical Director, and having been part of one of the greatest sides the club has ever produced, is he keen to oversee something similar from an executive position? Raul Sanllehi has spoken about the Arsenal knock, how our reputation still reverberates when it comes to player recruitment because of the football people associate with us.

Having backed Emery in market with a string of signings and a record signing winger, I just wonder if there’s some pressure on him not just to produce results, but also performances from the array of attacking talent at his disposal. That reputation/knock is important. We now have another seven games before the next Interlull, so maybe we’ll have a better idea at the end of this particular run of fixtures.

Right, that’s it for now. Podcast fans, James and I will be recording an Arsecast Extra this morning. As ever if you have questions or topics for discussion, send to @gunnerblog and @arseblog on Twitter with the hashtag #arsecastextra – or if you’re on Arseblog Member on Patreon, leave your question in the #arsecast-extra-questions channel on our Discord server.

That’ll be ready for you mid-morning. Until then.