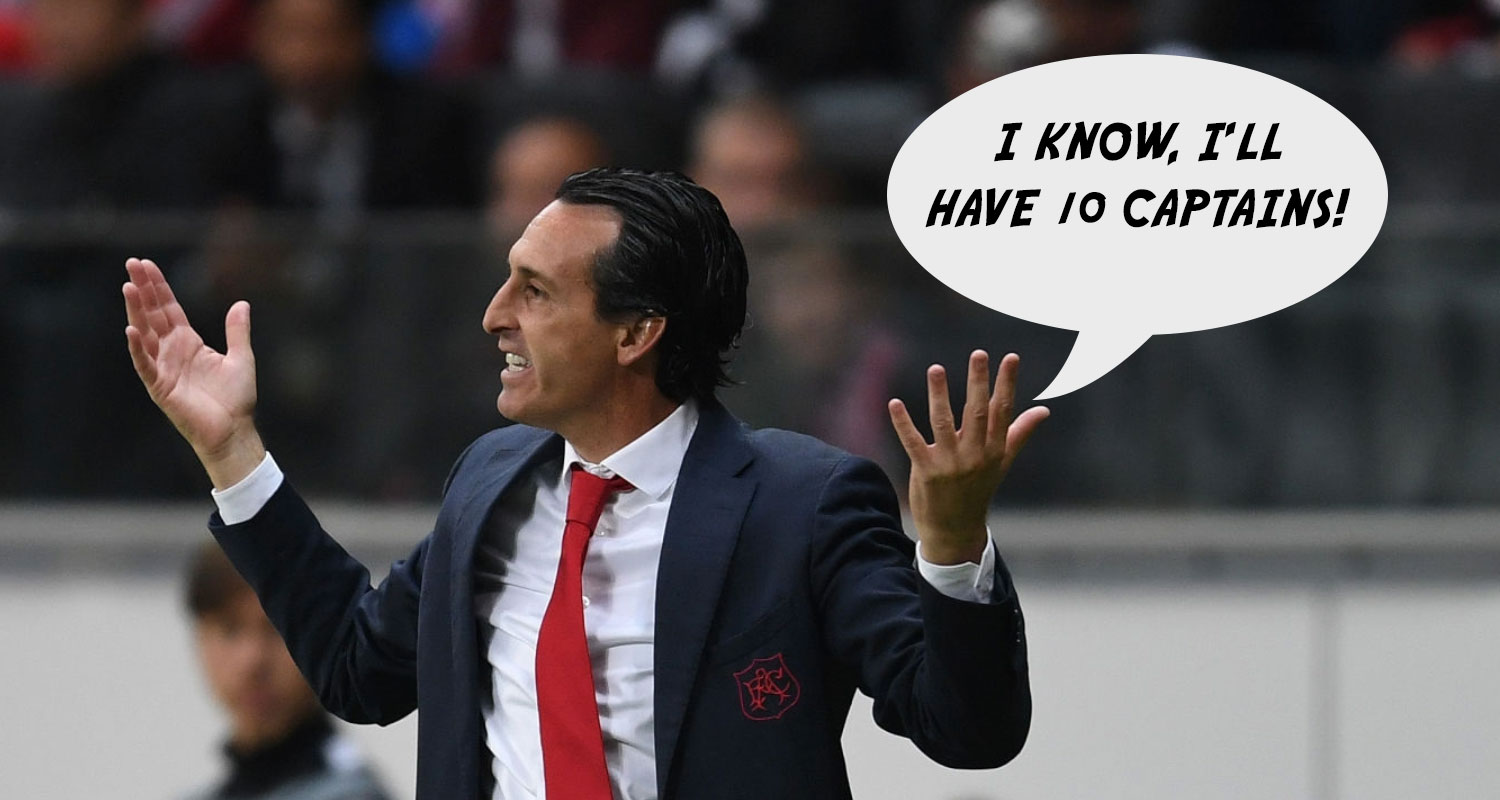 Welcome to Friday folks. I just woke from a dream where Cesc Fabregas was made our new manager and his training ground method to instill discipline was to beat the players on the back of the legs with sticks. He enjoyed it, they didn’t. The only one he didn’t hit was Santi Cazorla (still an Arsenal player in my subconscious) because he was ‘too important and too small’.

We have an Arsenal free weekend ahead of us, of course, because we don’t play until Monday night. A trip to Old Trafford awaits and that’s a game we can discuss and preview over the weekend and on Monday itself. Safe to say that despite recent incarnations of United being far from their strongest, our record there still isn’t great. The last time we won was 2006, when new manager Fabregas played in Adebayor for the game’s only goal. It would be good to put a three point sized dent in that record, but as I say, we’ll focus on that one more over the coming days.

For now, let’s talk about the captaincy. Arsenal still don’t officially have a club captain, let alone the five captains that Unai Emery prefers, and what’s usually a pretty simple thing at most football clubs has turned into something of a saga with us. Last season our five captains were Laurent Koscielny, Petr Cech, Granit Xhaka, Aaron Ramsey and Mesut Ozil. Three of them have left the club at this point, leaving something of a void, but surely it’s not the most difficult thing to pick three more players to join the group and to decide which of them will be your official captain. Captain Number 1. El Capitán.

Last year Unai Emery had made his decisions by August 10th. He’d had four then finalised it with the addition of Xhaka. By contrast, this summer appears to be riddled with indecision and things which have delayed it.

July 19th: Emery wants an Englishman as one of his captains

And what is the latest headline regarding the captaincy? Well, it comes after Rob Holding revealed the players were asked by the manager to write down their preferred choices for the role of captain:

September 26th: Emery gets squad to vote for their preferred captains

Having been handed the armband by Mesut Ozil after his withdrawal in the 5-0 win over Nottingham Forest on Tuesday night, the centre-half said:

And as for when the decision might be made, he appears to be as in the dark as the rest of us:

I don’t know. I think it will be in the next couple of days, or weeks. I have no idea. If I get it, then I’ll be more than happy and honoured to do it.

To be honest, as weird as it seems to canvass the opinion of the squad, I don’t think it’s necessarily a bad thing in itself. There’s probably something quite positive for the coach to understand the players points of view, who is held in high regard, and who people view as potential leaders. Maybe there’s a name there that he hasn’t considered, or perhaps less support for someone he might have been thinking of himself, and that knowledge is not a bad thing.

The issue for me isn’t so much that he’s including his players in a decision about who will be their captain, that it’s late September and this has been going on since the summer. The ins and outs, or rights and wrongs, of the ‘five captains’ thing is a side issue – and I think when you grow up in an era when strong captains were part and parcel of your team, it’s hard not to want that again. In mitigation though, we don’t really have that archetypal leader in the team right now whose strong personality off the pitch is matched by inspiring performances on it. As I wrote yesterday, I think Pierre-Emerick Aubameyang would be a good shout for now, but whether that’s a view shared by the man ultimately making the decision remains to be seen.

I think the idea of collective responsibility, often espoused by Arsene Wenger, is a good one. It shouldn’t be down to just one man to rant and rave and keep everyone in check. Everyone should feel able to be that person, regardless of seniority or anything else. I genuinely believe that’s healthy, but it also requires a culture of accountability, and I’m not necessarily sure that exists at Arsenal right now.

Ultimately, however positively you want to look at aspects of this situation, it’s impossible for me to not think it’s borne out of indecision. If you were watching this happen at any other club, you’d be laughing because it’s so absurd at this point. You can’t help but feel there’s a lack of decisiveness – or even authority – about a coach who can’t make his mind up about something as simple as captain. And then you wonder if what’s happening on the pitch this season – where our Premier League performances are by-products of tinkering, tampering, formation fiddling, and personnel shifting – demonstrate more clearly that this is fundamentally who Emery is. Someone who can’t make his mind up about stuff.

I think the renewed focus on this will prompt a decision soon enough, and I imagine it’s something the manager will be pressed on today at his pre-United press conference. Maybe we’ll got more clarity today than we have throughout this summer, but whatever your point of view on this, a decision is well overdue.

As you might expect the captaincy is up for discussion on this week’s Arsecast, in which I chat about all the Arsenal stuff with @jamesbenge and then look ahead to United from a different perspective with @Okwonga of @Stadio podcast. Listen/subscribe below.