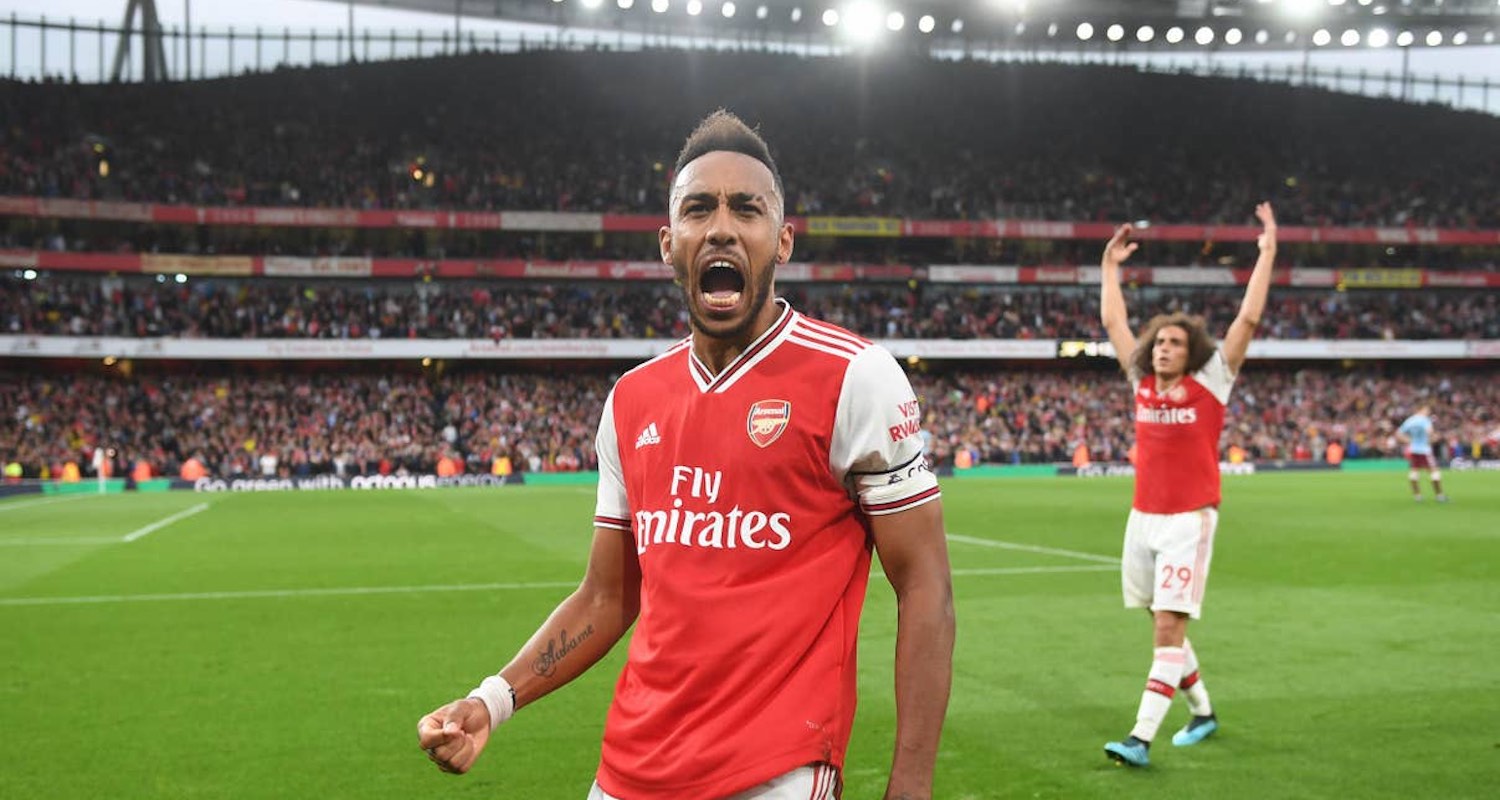 Good morning from London. It’s hard to know where to start with this one, because my emotions this morning are a bit confused. That first half was bad. Really bad. Arsenal’s football was lifeless, the stadium kinda matched that, and going in 1-0 down and a man down at the break meant the team, and Unai Emery, were in big trouble.

There were warning signs throughout, the ease with which Villa could move the ball from back to front in just a few passes was really worrying, and the goal itself summed that up. One pass took out our entire defence, John McGinn didn’t do anything particularly special with his run, but not a single Arsenal player reacted and he poked it home to put Villa ahead.

Then the sending off. I know people have said Maitland-Niles slid in and thus gave the referee a decision to make, but he won the ball, and if anything it’s Taylor’s studs that catch him. I think it was a very harsh second yellow, but then it’s not a surprise when it’s Jon Moss in charge. He ambles about the pitch like a beer-bellied manatee with a whistle. He looks markedly unfit and often he’s miles away from play and the decisions he’s supposed to be adjudicating. For me, we were hard done by, but perhaps without the red card this game might not have gone the way it did.

Calum Chambers replaced Saka at the break to slot in at right back, and it was hard to see how the ten men were going to be able to do more than the eleven in the first half. Part of the reason we were was Matteo Guendouzi. In the second he absolutely took that game by the scruff of the neck, playing with a kind of determination that brings others along with him.

His driving run into the box won the penalty – not even the sumo shaped official could deny us the spot kick –  and when Aubameyang gave it to Pepe I was a little worried. The Ivorian hasn’t looked quite there yet, but maybe he just needed a moment like this to ease the burden of not scoring. He made no mistake and it was 1-1.

In typical Arsenal fashion though, we let them get ahead a minute later. It’s been a feature of life under Emery that we seem quite vulnerable just after scoring, and when a loose touch from Chambers presented the ball back to them, Jack Grealish took it on, ran with it into our box way too easily, and his cross was clipped in at close range by Wesley with David Luiz clueless as to where the striker was. The sheer variety and range of our defensive ineptitude is truly something to behold. If you could make it a physical object it should be in a museum.

Emery sent on Willock and Torreira for Ceballos and Xhaka who was subjected to quite the reception when his number came up. In truth, I didn’t think he was that bad yesterday, but it feels like the crowd have associated him with all the things that are wrong about us – not without some justification in fairness – and it’s difficult to know how exactly he comes back from this.

The two substitutes made a difference, providing fresh legs against a slightly tiring Villa side, but the equaliser came from an unexpected source. Since joining in 2014, Calum Chambers had only scored three times for Arsenal, but when Mings’ poor header fell in the box, he was quickest to react and his smart stabbed finish with the outside of his foot put us level once more. Again, Guendouzi was involved in the build-up, his initial cross found the defender who made the most of it at the second opportunity.

And then who else but Pierre-Emerick Aubameyang to seal the win? He was fouled outside the box, stepped up and took advantage of what looked like a terribly positioned wall. The ball nestled in the back of the net, everyone around me went absolutely mental, and somehow we’d come from behind twice to lead with just a few minutes to go. As ever you’re worried because you know we’ve got a mistake in us, and five minutes of injury time seemed interminable, but at that point we almost played like a team with common sense. We ran down the clock, won free kicks, and ensured Villa couldn’t get the ball into dangerous areas.

From where we were at half-time, those were three points I’ll admit I didn’t think we could take. Afterwards, Emery praised the team spirit and the character as you’d imagine, saying:

The team spirit was amazing, we need to continue working and improving things. After this I hope we can improve and be strong. Together with the supporters we will be strong for the matches and hopefully improve. It is our challenge to improve defensively. They didn’t have a lot of chances to score.

Which might be true about their chances, but you don’t need that many to score against us. Still, when your team wins a game like that, you can’t help but be delighted with the result. I was so impressed with Guendouzi in that second half, he provided the drive the team needed, and for a player of just 20 years of age to take responsibility like that was fantastic to see.

Great too to see Pepe off the mark, hopefully that goal will lift a weight off his shoulders, and credit to Aubameyang for giving him the spot kick knowing he needed to do exactly that. I also thought the two midfield subs made a real difference too, so credit for their introduction and overall the fact we kept going and didn’t crumble.

But – and you knew there was a but coming – a lot of that yesterday was really bad. Had we not pulled a second half rabbit out of the hat, we might well have been witnessing Emery’s last game. Going by the reaction of people around me in the stadium yesterday, and talking to people afterwards, patience is wearing really thin. That first half was really poor, conceding just after scoring, and the general lethargy with which we play has to be a concern.

I also think we need to give serious consideration to the centre of our defence. At the moment Sokratis and Luiz are kind of ridiculous. If the latter is Sideshow Bob, the former is like Bumblebee Man, his theatrics yesterday were embarrassing, and as a combination they go together as well as toothpaste and orange juice. At least one of them needs to be dropped, I’d give Chambers a go just because you can’t keep inflicting them on the team if you’re serious about defensive improvement, and if and when Rob Holding is fit and ready to play, we have another option.

Statistically, we were better, actually out-shooting the opposition this week, but yesterday – while not necessarily a miracle – isn’t the kind of thing you’ll be able to do every week. If you play that poorly, more often than not you’ll drop points. Hence my confused emotions in the cold light of day. The win was fantastic, you can’t not enjoy doing what we did in the final stages of that game yesterday, but you also can’t ignore everything that came before it, and that was worrying.

Still, it gives us a bit of breathing room ahead of our next league game which is at Old Trafford a week today. There’s an acid test for the two managers, but we have important points on the board from yesterday while United got beaten by West Ham. We might be in slightly better shape, but we don’t tend to do particularly well up there in the Premier League, so it’ll be a big challenge. That, however, is a bridge we can cross when we come to it.

For now, I’ll leave it there. James and I will be recording an Arsecast Extra this morning. As ever if you have questions or topics for discussion, send to @gunnerblog and @arseblog on Twitter with the hashtag #arsecastextra – or if you’re on Arseblog Member on Patreon, leave your question in the #arsecast-extra-questions channel on our Discord server.

We’ll have that available before lunchtime. Until then.