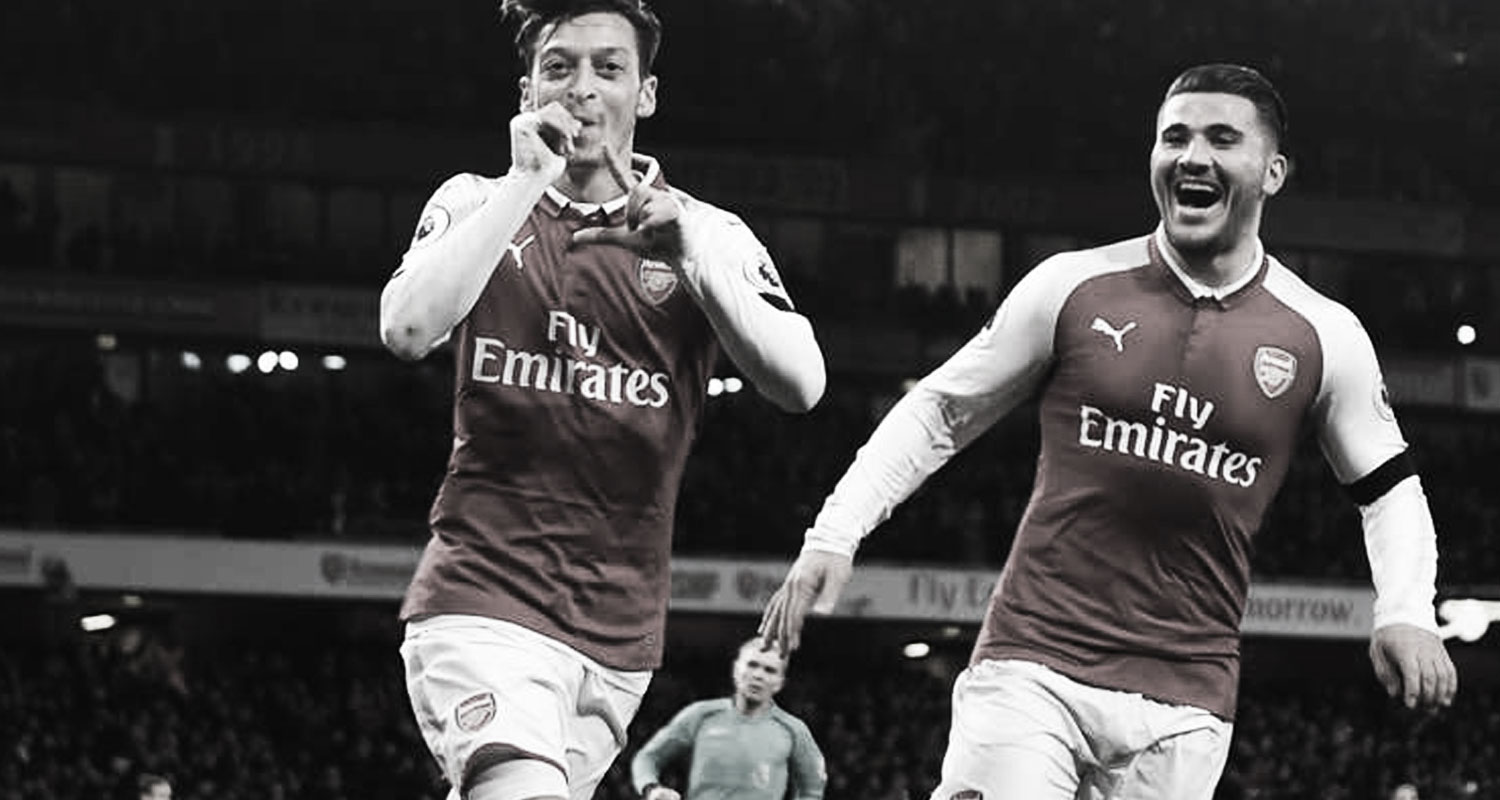 It’s Thursday, so we can start looking ahead to the weekend and our game against Burnley. Questions about who might start, who might be fitter and more ready than last weekend, and who might or might not be available.

We consider the likes of Nicolas Pepe, Lucas Torreira, Dani Cebellos and Alexandre Lacazette when it comes to fitness. You can easily see how two or three being ready for selection could have a marked impact on the kind of team Unai Emery could select, and how it could inform the way we set out to play. The manager will answer those questions when he meets the press ahead of the game.

There is an elephant in the room though. The situation involving Mesut Ozil and Sead Kolasinac is one which remains a potential problem. Amy has written a really interesting piece for The Athletic about it, talking to a sports psychologist and a former player about the effect all this might be having on the players. In the Standard, James Olley has written an article entitled: “Arsenal footballers feel unsafe to turn up for work – there should be outrage.”

He wonders why there isn’t the same spotlight on this problem as on Henrikh Mkhitaryan when he was unable to play in the Europa League final. The answer, at least to my mind, is that we knew exactly who to point the finger of blame at there. UEFA decided to hold the final in a location which, if a team with an Armenian player qualified for the game, would almost certainly render that player unavailable. The political tensions between Azerbaijan and Armenia meant his safety was at risk, and there was no other option.

UEFA were fully aware of this potential eventuality, so we knew who was to blame. Particularly when they tried to play it down as Mkhitaryan’s personal decision – as if any player would choose to miss a European final on a whim. With Ozil and Kolasinac it’s far more vague.

We don’t know exactly who the baddies are. Criminals? Knife-wielding thugs? A gang? Two rival gangs? Street thugs? All of the above?! And what is their motivation? It started out as robbery, but what is it now? Is it about revenge of some kind? Protecting their reputation? Do they really, really want Ozil’s car or watch? It feels as if it’s about more than possessions though. Nobody likes to be stolen from, but ultimately they’re just things. The welfare and safety of the players is paramount, and that has been Arsenal’s first consideration. Rightly so.

The fact that it’s so nebulous, crossed with the unprecedented nature of the situation, means we don’t have enough to really fuel ‘outrage’. On a very basic level we can all understand it’s a frightening situation for the players and their families, and a difficult one for Arsenal because two first team squad members are absent due to something external and completely out of their control. Beyond that though, because there’s so much that’s unknown, we’re waiting to see what on earth is going to transpire.

There’s this idea that just because the players can afford round the clock security and minders, they should get their heads down and get on with it. Man up, almost. The other side of that is that if the situation remains threatening and frightening, even with minders and bodyguards and dogs patrolling outside their houses while idiot newspapers continue to publish pictures of their properties, it’s more serious than we know.

Ultimately we have no real frame of reference for something like this. At least not in my many years of supporting this football club, so it’s very difficult to be definitive – beyond that basic understanding that this is a horrible, complicated thing that we have to look at from a human level rather than a sporting one. Kolasinac’s wife and dogs have gone back to Germany. How long can he stick it out without them? Ozil, even with minders, doesn’t feel safe enough to stay at his own house. And on top of that, finding a resolution is not simple. It’s not as if somebody can click their fingers and make all this go away. Even if it dies down, the underlying threat is never too far away. Can you spend your days looking over your shoulder and wondering if every bloke on a moped is a potential threat?

There’s been further confirmation of the stories from last week about Mesut Ozil’s agent meeting with officials of DC United. That happened this week. This isn’t just about coffee shops, by the way, the MLS side are serious about bringing him in, albeit conscious of how difficult it would be to do a deal. In normal circumstances you might say it was almost impossible, for various reasons, but right now the circumstances of Ozil’s life in London are far from normal.

For fans, the absence of players from the team is always a frustration. Usually it’s an injury, something that almost always has a definitive timeline. There’s nothing like that with what’s going on here. I hope both are available to us at the weekend, because first and foremost what it will mean is that the threat which caused them to miss the Newcastle game has diminished. That would be a positive development, so fingers crossed that’s the case.

If not though, it’s important that any frustration is aimed in the right direction. It’s not the players being weak, and it’s not the club giving into gangs or thugs or however you want to describe them. It’s down to criminal behaviour over which two men have already been arrested. We don’t know precisely who they are or what they want, but when it comes right down to it, they’re the ones to blame.