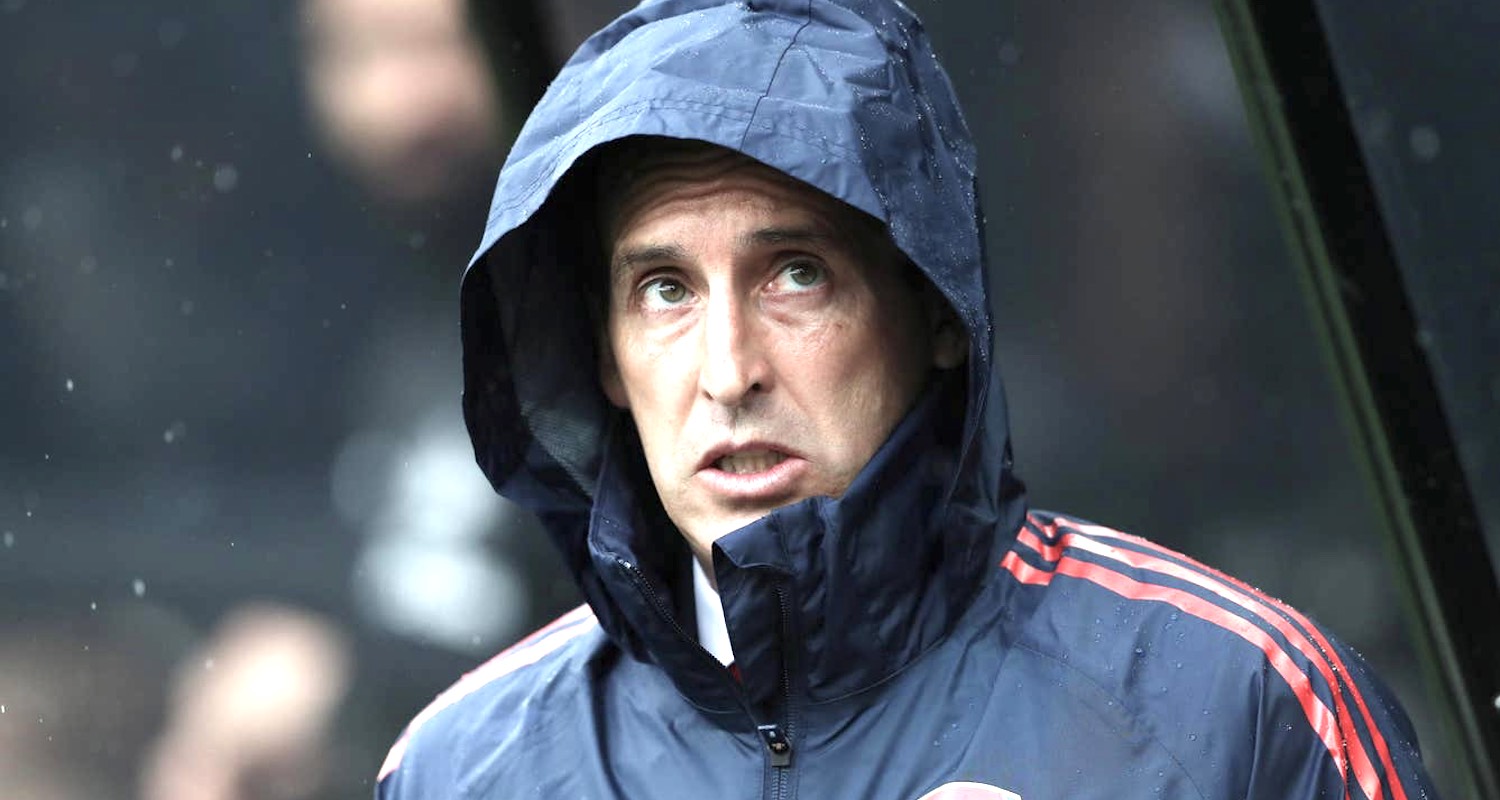 In the 84th minute of Sunday’s win over Newcastle, Unai Emery made a substitution. The fact that he made a change at that point of the game isn’t particularly interesting. It’s the stage of a match when replacements are made with frequency by most managers, but the nature of this one caught the eye.

The Spaniard brought on 18 year old Gabriel Martinelli in place of Henrikh Mkhitaryan. The Armenian hadn’t had his best game, it would be fair to say, but with his team 1-0 up away from home, in driving rain and difficult conditions, the type of player he chose to bring on was quite telling. In these circumstances a manager will often err on the side of caution a bit, maybe look to shore things up and throw on a defensive-minded player. Arsenal had Lucas Torreira on the bench. Not a 100% fit Lucas Torreira due to his late arrival back after international commitments this summer, but one who certainly would have been capable of playing six minutes plus injury time.

Instead, Emery went for a young Brazilian forward who had never played in the Premier League before. A player who only turned 18 in June, and for whom this would be an entirely new footballing experience. It wasn’t necessarily the biggest gamble of all time, but it was certainly a different approach from a manager who has been known to choose conservatism over risk. Maybe it was purely a fitness thing. Maybe he thought we were controlling the game well enough with the system we were deploying and didn’t want to invite more pressure. Whatever his thinking though, it was different from what Unai Emery would probably have done last season, and to put faith in a young player – having started the game with two 19 year olds – is a bit of a shift, and a bit of a gamble too. It paid off.

I know his hand is being somewhat forced right now because Nicolas Pepe isn’t properly fit  yet; because he’s without Mesut Ozil for unfortunate reasons; because of Alexandre Lacazette’s knock; and because of Torreira and Dani Ceballos being slightly behind fitness-wise due to their summer football; but I suspect it’s a change of approach from a manager who really does need to leave behind some of the poorest elements of last season.

To be fair, he actually left one of them well and truly behind, leaving Shkodran Mustafi out of the squad entirely, and following his remarks last week that he’d told the German he could leave, he and the club have made it clear they want to move in a different direction this time around. That’s a situation that should get sorted before the end of the transfer windows abroad, but it’s also one that has left the player in no doubt that his future has to lie elsewhere.

Where there’s also no doubt is that this team’s strengths lie in attack. We have one of the best strikers in the world in Pierre-Emerick Aubameyang; his partner in crime isn’t quite at the same level but Lacazette got 19 goals and 13 assists last season – enough to make him player of the season in the eyes of fans; and then there’s the potential of Nicolas Pepe to become the third part of an attacking trident that even has Aubameyang excited. Speaking after the Newcastle game, he said of the Ivorian’s arrival:

It it is going to be crazy. Everybody is excited about that. We will have time to play together and we will see. I am looking forward to it. It is another weapon for us and that is very good. When I play as the striker I am happy but if the team needs help and I play wide, then I will do it.

I have watched him on TV. I know how he plays and we have tried to connect with him in training. For the moment it is going very good.

When you have those weapons at your disposal, it has to inform the way you try and the play the game. From everything he said this summer about Pepe, Emery had a real desire to bring in a winger who could give the attack qualities it missed. We have a finisher in Auba, a more rounded central forward in Lacazette, but the new man brings us the ability to dribble, drive at opponents, and adds another string to our counter-attacking bow.

We know there’s young talent bubbling under, we could have Ozil providing the ammunition for those forwards, and in midfield we look like we’ve got the potential to develop something very interesting with the players we have. Last season Emery tried to solve our defensive issues by packing defenders into the team. It didn’t really work. This time around, it feels like he’s going to try and offset some of those defensive weaknesses by playing more of the game in the opposition half. I know, it’s one game, and it’s hard to make any firm judgements yet, but the business we’ve done this summer suggests highly that’s going to be the case.

Let’s also remember that in six/eight weeks time, our defence could look markedly different than it does right now. We’ll have Hector Bellerin and Kieran Tierney making their way back from injury, and Emery does like his full backs to make an impact going forward. Rob Holding’s return grows closer after another run out with the U23s last night, and with David Luiz settled in, Calum Chambers providing competition, and Sokratis a bit more reliable than people give him credit for, we could find ourselves with a decent, if not perfect, defensive platform on which to solidify the attacking side of our game.

The bottom line is that Emery has to achieve Champions League qualification this season. If he doesn’t, I think he’s gone, and the best way to do that isn’t to play inhibited, conservative football. To use a phrase the man himself did when he first arrived, we need to be the protagonists, and at the very least it should make us more interesting to watch than we were at times in his first season.

I don’t think it will be without its flaws and problems, but I’ve got a lot more time for a team that tries to play on the front foot than one who looks to nick a win here and there. Let’s give it a lash.

I’ll leave you this morning with yesterday’s Arsecast Extra, chatting about the opening day against Newcastle, and loads more. Listen/subscribe below.