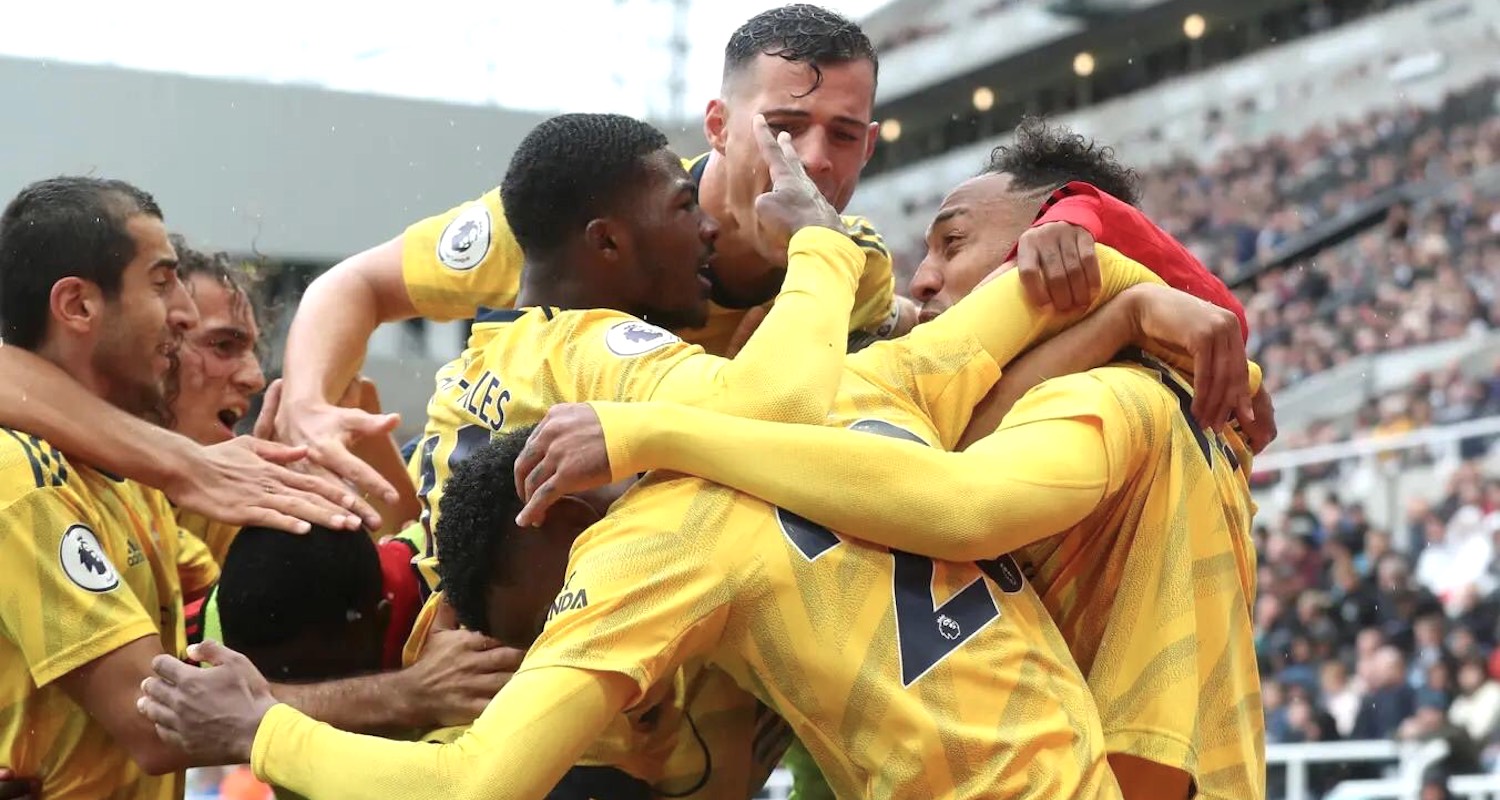 Three points. Away win. Clean sheet. All in all not a bad way to start a new season. It was, in fairness, a long way from a perfect performance, but you can’t really take issue with the outcome.

The team more or less picked itself. Sokratis and Chambers at the back due to their experience together in pre-season; Joe Willock in midfield because of how well he’d done during the summer; Reiss Nelson starting on the left because Lacazette’s injury meant his presence in the squad was just in case we really needed a goal.

In essence, Emery picked his fittest team. We have lots of players who aren’t quite there yet physically, so away from home against a team determined to get their own season off to a good start in front of their own fans, it made sense to do it that way. Our ‘first XI’ is unquestionably going to look a bit different a few weeks/months from now, but for now he’s somewhat restricted due to injuries and circumstance.

There wasn’t much to write home about in the first half. Again it’s early in the new campaign, but Unai Emery and first halves don’t always go together well. You could see the rustiness at times, particularly when trying to make things happen in the final third. Henrikh Mkhitaryan’s passing was all over the place – even if he did create our best chance of the half with a ball over the top for Pierre-Emerick Aubameyang – while on the other side it was congested and tight, difficult for Reiss Nelson to find space against Newcastle’s back five.

Another feature of Arsenal life under the current boss is opposition chances, and despite all our possession in the first 45 minutes, they had a few good opportunities. Joelinton headed not far wide and then later shot straight at Bernd Leno, while Jonjo Shelvey cracked the outside of the post with a shot from outside the box.

It felt like the kind of game where a half-time change was inevitable, but Emery kept his powder dry until after we’d scored what turned out to be the game’s only goal. Ainsley Maitland-Niles deserves a lot of credit for his role in it, intercepting a cross-field pass and driving into the Newcastle half. Unmarked in the middle was Aubameyang, his delivery was perfect, and the striker’s touch and finish matched that. It looked simple, but it was all about concentration, awareness, precision and finishing ability. You know if you provide him with chances in that area he can do the rest, and although the assist came from a somewhat unlikely source it was just one part of an all-round performance from Maitland-Niles that was very promising.

We didn’t really threaten too much after that, but nor did Newcastle. Defensively I thought we looked pretty solid, and I was impressed with Calum Chambers. It wasn’t the most stringent test he’ll ever have, but he did what he had to do with no fuss. He was sensible, didn’t try and overplay it, stayed on his feet, made his clearances and his reading of the game and positioning were very good.

We then saw some of our summer arrivals make their debuts. It’s impossible to make any real judgements based on such little playing time, but I think the 25 minutes or so that Dani Ceballos got will have woken him up to the pace of the game in the Premier League. He does like to move the ball quickly, but he also needs to be aware that mistakes get punished ruthlessly in this league. His first touch was a back heel flick which gave it away, and we were slightly lucky one cross-field pass wasn’t intercepted right in front of our D. Those are simple things he can improve on very rapidly though.

Nicolas Pepe got a run out over on the right hand side, but we didn’t get the ball to him much, or if we did he was surrounded by defenders. Late on Gabriel Martinelli made his Premier League bow with a few minutes at the end, and I quite enjoyed our common sense approach to the last part of the game. Even so, a late free kick bounced all the way through to Leno at a point where a Newcastle goal would have given us no time to come back. Still, as I said yesterday, our away issues won’t be solved by one win. It’ll take a few good results to lighten that psychological burden, so ultimately the focus on this game should be on the result and how can you argue with a 1-0 to the Arsenal?

I want to win, I want to score and I want to do a clean sheet. Today we won and we did that. The balance offensively and defensively is only taken with the victory. Today, I think, in our 90 minutes we could do that with taking the match very seriously, being very compact and controlling the game with the ball.

Next weekend we’ll have a fitter Pepe, a fitter Ceballos, a fitter Lucas Torreira, a fitter Lacazette, a fully integrated David Luiz, and hopefully Mesut Ozil available for the game against Burnley. You can immediately see how the team could change with those players at the manager’s disposal, and how the kind of performance we’re capable of producing could change as well. The opening day of a new season can often be tricky, but in difficult conditions we went away from home and did something we only did once last season (clean sheet), and took three very important points. There will be lots to work on in training this week, and this is a game which can now be just filed away into the archives while we get on with that.

That’ll be out before lunchtime, until then take it easy.