Home Arseblog, the arsenal blog Liverpool 3-1 Arsenal: No shame in Anfield defeat, but questions can be... 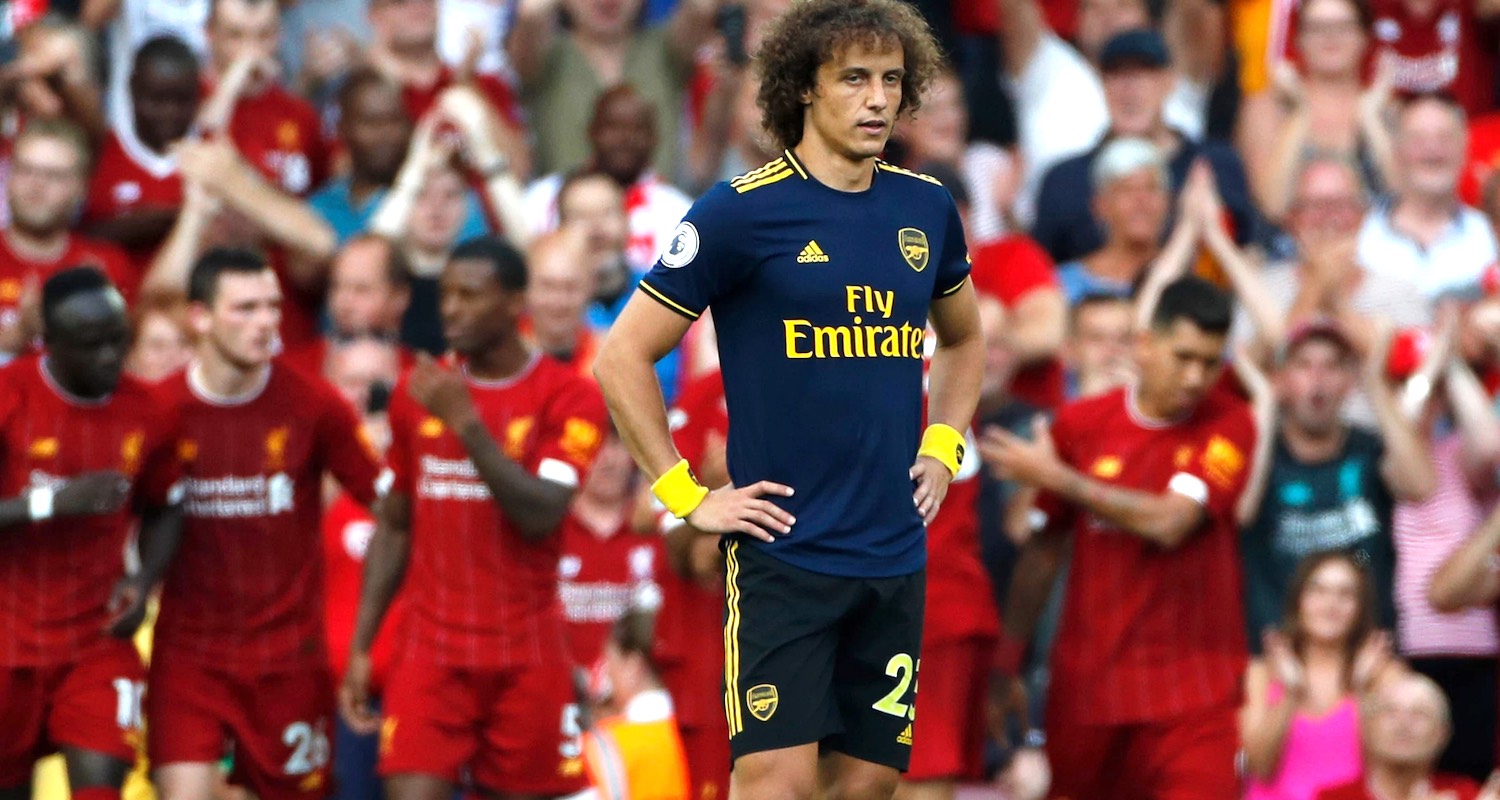 There’s been an interesting divergence in opinion after yesterday’s 3-1 defeat to Liverpool at Anfield. For some there were lots of positives to take from the performance and even the result. Personally, I think they were few and far between, but that’s the great thing about football, it creates these talking points and discussion topics.

First, let me make a couple of things clear. I’m fully aware of how good Liverpool are. I was not expecting Arsenal to go there and win today, and there’s no shame in being beaten by a team that is better than we are, more mature, better developed, and which has a fantastic record at Anfield. It’s over two years since they lost in the Premier League at home, so losing yesterday is hardly the end of the world. Also, analysis and reaction to this game is exactly that: there are no sweeping judgements being made, and it’s important that we can discuss and analyse games on their own merits without worries/concerns being dismissed because of the quality of the opponent or how early it is in the season.

I do think there were a couple of things we could look at as quite positive. The performance of Nicolas Pepe is one. Yes, he should have scored when he burst through on goal, but he looked lively, dangerous and when he’s fully fit he’s going to cause defences all kinds of problems. He worked hard, he looked to create opportunities for himself and others, and it’s exciting to see what he’s going to bring to this team.

Another was Lucas Torreira coming on and demonstrating that he needs to be starting games in our midfield now. On Sky Gary Neville called his late strike a ‘big, big goal’ for Arsenal, because it demonstrated character and a willingness not to give up. Personally, I view it more as a late consolation against a team who knew they’d won the game, and who were sitting back as a result of that and the fact we’d also introduced Alexandre Lacazette at that stage and gave Liverpool an extra attacking threat to deal with. The Uruguayan has had a slow introduction to the season due to his summer commitments, but I think he needs to be in our team.

Beyond that though, I’m not sold on the idea that this was a game we should take too many positives from. Was it better than last season? Yes. But then improving on a 5-1 scoreline is a low bar, and there were times in the second half when I felt the margin of defeat could be just as bad, if not worse. Liverpool were just so dominant, for almost the entire game, and I think we have to look at our game plan as the root cause of that.

‘At least we had a plan’ is a refrain I read plenty on Twitter afterwards, and I get that. I just question the wisdom of a plan which allows the Premier League’s two most efficient attacking full backs time and space in wide areas to deliver the ball into our box. Last season Andy Robertson and Trent Alexander-Arnold got 23 assists between them, so it could be considered brave to let them have so much of the ball. Or foolhardy.

The logic was to deny Liverpool space centrally where they can really, really hurt you, and to that extent it worked and we handed them the wings where they can only really hurt you. As early as the second minute a ball from Robertson almost found Firmino zipping in at the back post with Luiz unaware he was coming in behind him. There’s also a question for me over putting such a heavy reliance on a central defensive duo who have only ever played together once before. If you’re a team which has a track record of being able to defend deep with solidity and commitment and efficiency, then you could understand this approach more, but we definitely don’t have that. Not yet anyway.

It also placed a huge reliance on Matteo Guendouzi and Joe Willock to shuttle wide to try and close down the full backs. A big part of this strategy isn’t just to let your central defenders clear the ball when it comes in, but to stop the delivery in the first place. The fact that Robertson and Alexander-Arnold made 23 crosses in the 90 minutes tells you we didn’t execute that part of the game plan too well, and by midway through the first half both our midfielders looked leggy and weary having to repeatedly sprint to try and close them down.

The big issue for me was just how much pressure it put us under right from the start. However organised you are, it’s exhausting and having to deal with a relentless onslaught of deliveries, and being dominated in terms of territory is always going to tell against a team as good as Liverpool. It’s no surprise that the first two goals involved our willingness to let them have the balls in those wide areas.

Goal 1 – An Alexander-Arnold cross was put behind by Xhaka for a corner. In came another cross from the set-piece, Sokratis was out-jumped by Matip. 1-0.

Goal 2 – Alexander-Arnold has space and time on the right, he plays it infield to Firmino whose touch puts Salah through. Luiz makes a stupid foul and it’s a penalty. 2-0. I can’t quite believe the Brazilian’s attempts to justify an obvious foul with a ramble about VAR, the power of the tug, and some nonsense about shirt sizes. It was an obvious penalty, and he admitted himself it ‘killed the game’. It’s a shame he could just hold his hands up and admit his mistake.

As for the third goal, Luiz got done like a rookie centre-half desperately trying to make up for his foul for the penalty. Salah drove through, Monreal couldn’t catch him, Sokratis stopped when he might have made a challenge/block, and that was well and truly game over.

I know our attacking plan was to find the space that the Liverpool full backs left behind, but it was hit and miss at best. Sometimes we found Pepe, and he did look lively, but his best moment came when he took advantage of a mistake by Henderson which allowed him to showcase his pace, his ability to beat a man, but his finish was tame. Would it have been a different game if he’d scored? Of course, but he didn’t and we can’t deal in ‘what ifs’, only what happened.

I have to say I was surprised that we didn’t change something at half-time given the pressure we were under in the first 45 minutes. I’m also surprised that as soon as it went 2-0 Emery didn’t really react. I reckon we could have given Liverpool something more to think about from an attacking point of view, because Pepe and Aubameyang felt very isolated and disconnected from the rest of the team. I realise it was by design, but the introduction of Lacazette earlier might well have forced the opposition back, and given us something far more cohesive to work with. Especially with Liverpool having an Almunia level keeper who demonstrated his flakiness earlier on. We barely troubled him after that first half error which saw Aubameyang almost score.

Ultimately, while I understand being cautious and wary of a team like Liverpool, we went into this one with a gameplan based on solid defence, which is a huge gamble when you’re a team with no great track record of that, while fielding a back four which has only played together once before. Then we wanted to nick a goal on the break if we could – and maybe we should have – but to me it was the kind of thing you see when a small team goes to play a big team, and personally that rankles with me. I don’t mean to say we should have gone there and been open and expansive, but there’s a balance and for me it tipped too far the wrong way.

You may not agree, and that’s fine, but I just don’t see the positives that Neville and others were talking about. Did we work hard? Sure, but shouldn’t that be a given anyway? Isn’t that the very least you should expect from any team? For me it’s clear that the major strength of this Arsenal squad is in attack, and we went into a difficult game with a plan based on our major weakness. If you want to dismiss it because of the quality of the opposition, fine. You can also put it down to individual errors if you like, but I think we invited the pressure due to our tactical approach, and we cracked under it. A team as good as Liverpool will always take advantage of that.

Ultimately though, I don’t think this is a game we should get too hung up on for now. Emery tried something, and it didn’t work. If we learn lessons from this, then it might well prove a useful exercise. Losing to Liverpool is neither unexpected nor especially damaging to our confidence because there was no real belief we could do it anyway. There’s a very obvious gulf in quality between the two sides, and that was apparent again yesterday.

What’s key now is that we turn our attention and focus to next weekend, where the North London derby at home will be a game of huge importance for this team and manager. It will be far easier to compartmentalise what happened at Anfield if we take three points from that one. There’ll be plenty to consider ahead of the derby during the week, so we’ll do exactly that.

James and I are going to be recording the Arsecast Extra later this evening, so you’ll have a Sunday night podcast to get your ears around. Watch out on Twitter later for the call for questions.