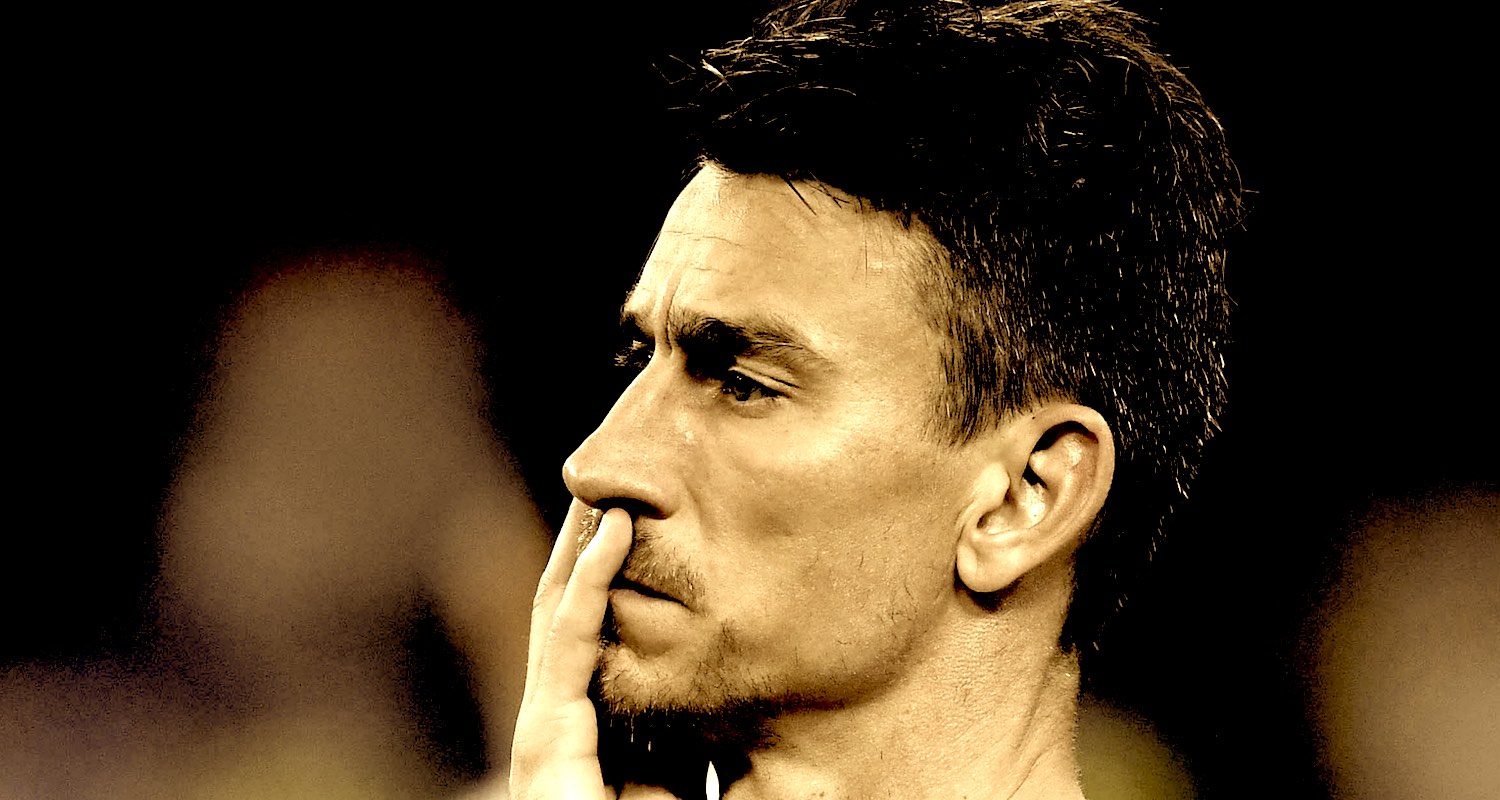 Remember that Gene Pitney song where he was only 24 hours from Tulsa and then he met some girl at a cafe and then took off with her instead of going home? Well, Raul Sanllehi has just over 24 hours to pull into a road-side eatery and find us some defenders. If he has to schmooze them, and dance with them, holding them in his Catalan arms, so be it. Needs must.

As expected we’re a defender down now that Laurent Koscielny’s move to Bordeaux was confirmed yesterday. The bottom line is that this is not good for us on the eve of a new season. It’s left us in the lurch a bit, because I’m quite sure the plan was for him to stay this season and provide some experience and depth, and I’m also convinced he and Sokratis would have been our first choice for the opening stages of the new campaign.

Clearly though, there’s been a complete breakdown between the Frenchman and the club, and as I’ve said throughout this whole thing, I don’t think there’s any way to defend his behaviour. I think it’s entirely reasonable to wonder what has made a previously mild-mannered man, and someone who has always been thoroughly professional, behave the way he did. However, when it comes right down to it, he had a contract until 2020 and Arsenal were perfectly within their rights to expect him to see that out, or seek a fee for him via the transfer market.

Why should we let him go for free? Yes, he’s done a lot in nine years, put his body on the line etc etc, but he’s also been very well paid in that time. We didn’t owe him a favour, but I suspect that Koscielny might have been given certain assurances from people who are no longer at the club that we’d facilitate a departure this summer. The new people in charge are not of the mindset to do that – especially when every penny counts, and that produced this stand off.

In a statement released via Instagram last night, Koscielny said:

I have spent wonderful years with this club, nine years during which I learned, evolved, grew up.

This experience made me the player I am today. My decision to leave has been discussed for months with my club, my teammates, my coach, and it has been a well thought decision.

So, if we take him at his word, this wasn’t simply a snap decision, and it was something the club have been aware of for months. In which case, you could ask if it might have been handled differently? Could Arsenal have thought ‘This is a player in the October of his career, he wants to go home, we need to build for the future. Let’s sort out a transfer and move on?’.

It’s probably a simplistic way of looking at it, but again without trying to defend Koscielny, there are always two sides to these things. I don’t like the way he behaved. As a player under contract, and captain of the club, you have a responsibility to behave the right way, and what he did by refusing to go on the tour was just not right. But if he’s telling the truth in his statement, this can’t have been a bolt from the blue for Arsenal either.

I’ve seen some people suggest this is actually Koscielny’s way of doing Arsenal a favour. Such is his love for the club he’s behaved this way to force us to rebuild our defence. It’s a lovely idea, but let’s not be naive. This is about what he wanted, not what was best for Arsenal because if he really cared about that he wouldn’t leave us on the eve of a new season with just three central defenders to choose from – particularly three of such varying quality.

These last weeks will certainly overshadow his time at the club for many. That’s completely understandable. He was a popular player whose legacy feels tarnished right now. I don’t think it’s a case that Koscielny now hates Arsenal or anything like that. Players come at these things very differently than fans do. We tend to be fairly unforgiving at any perceived slight towards our clubs. They look at what they do as a job and the realities of that job mean you can upset people who previously held you in high esteem. For example, there are Arsenal fans who have no time for Cesc Fabregas, yet he still cares deeply for the club and has great fondness for his time here – whether people like to think that or not.

In Koscielny’s case, his desire to go back to France – perhaps for family or personal reasons that we’re not aware of – was more important than upsetting fans of the club he played for for nine years. I guess I’m just too long in the tooth to get completely outraged by this. Maybe if we were losing a player in his prime to a significant rival that would be different. But Koscielny is nearly 34 years of age, and the physical effects of his big injury were apparent last season as we tried to play him into the ground following his return. Moving on from him was inevitable, it had to happen sooner rather than later. Maybe it’s come a transfer window too soon for the club, but either way it’s not something we can have been surprised by considering those months of discussions.

I’m not telling anyone else what to feel, by the way. You can be as angry or furious as you like. I just feel a bit sad that a player I really liked has left the club this way. Like anyone else he had his ups and downs, but since his arrival in 2010 as a young Bart Simpson looking bloke whose name was hard to spell, he’s basically been our best central defender – often paired with players who would be a challenge to partner.

I remember fondly his partnership with Per Mertesacker, which was about the best we’ve had in recent years. I remember the final day goals against West Brom and Newcastle which earned us wins to secure Champions League football at the expense of Sp*rs. I remember the goal against Hull in the FA Cup final in 2014 to equalise in the second half before we went on to win the cup and end that interminable trophy drought. I remember that we played him and played him with a chronic Achilles problem until it snapped in Madrid and he missed the chance to win a European trophy with us and win the World Cup with France. I remember the video which showed how hard it was for him to come back from such a traumatic injury and still be our best defender last season. This is a guy who always did his best for us, until now.

I don’t like the way he behaved. I don’t like the way this has played out so publicly. I don’t like that we’re light on centre-halves with the new season just a few days away. But I don’t dislike Laurent Koscielny because of it. It’s a shame it’s ended the way it has, from all sides, but our reality is now that we have to deal with it and find a way to add someone to the squad.

So now we come full circle to Raul who is 24 Hours from Tulsa where hopefully he’s meeting the agent of Dayot Upamecano with a brown envelope full of cash to convince the player to join Arsenal. Or something.