Home Arseblog, the arsenal blog Guarantee a million sales, call it level up 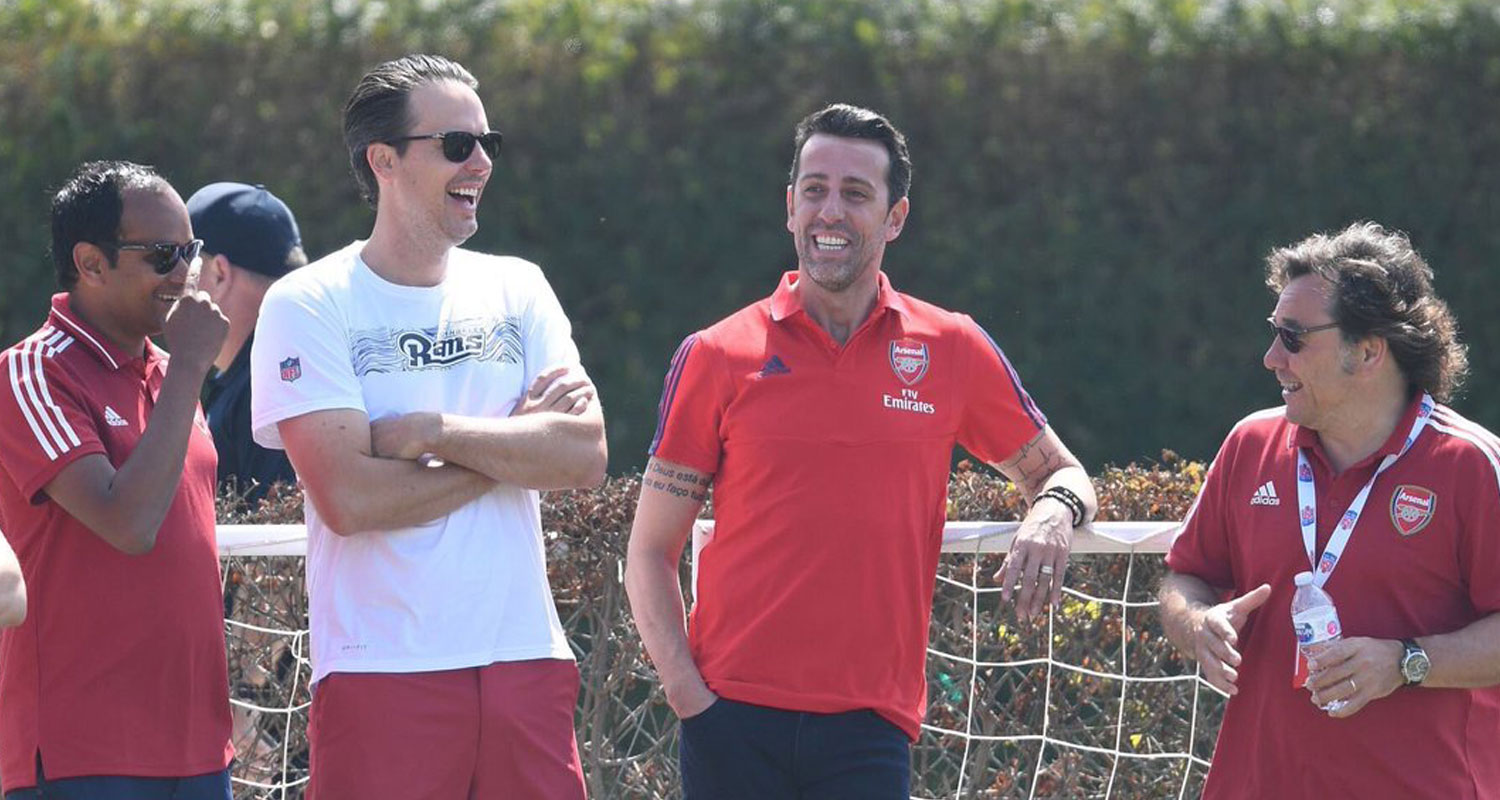 If you were to ask people about our summer transfer business, I think most people would give it a pretty decent report. Whether you were grading it from A to F like a schoolteacher, from 1 to 10 like a player ratings guy, or from David Bowie to Phil Collins, I’m certain most people would rank it highly. Major Tom is gonna kick Sussudio’s baldy arse.

Most of that will be down to the players we brought in and the gaps we filled in the squad that really needed to be filled. Needed a winger, got a winger. Needed an upgrade at left back, got a better left back. Needed a midfielder and a defender, got midfielder and defender. And we threw in a young Brazilian forward for the craic. All good.

Where I’ve been impressed too though, is what we’ve done the other way. Our reputation as a selling club hasn’t always been great. I know I cite this example very often, but farming out Wojciech Szczesny on loan for two seasons which allowed him to develop and mature as a goalkeeper but also saw his contract run down meant we sold him for £10m to Juventus while Liverpool spent £70m on his understudy at Roma. [headexplode.gif]

Sure, there were some outliers like Alex Oxlade-Chamberlain, but generally we haven’t been as good as we should be. This summer, however, we’ve improved. We have sold players better than we have done in the recent past, and when you tot up the figures and the amount of money coming in, it goes some way to explaining why we were able to commit to so much money going out.

Before we look at that, if you haven’t seen the latest Swiss Ramble thread about our finances and summer spending, check it out below. As ever it’s an easily digestible look at what we’ve got and what we’ve been doing (if perhaps lacking in 80s music references, but you can’t have it all):

Earlier this year it was widely reported that Arsenal would only have a £45m transfer budget this summer, after failing to qualify for the Champions League, but the club has actually splashed out well over £100m. This thread explains how this was possible #AFC

So, let’s look at what we’ve taken in (and just to make it easy, I’m using the potential total value of the deals, bearing in mind some of the cost will be based on appearances/clauses/achievements etc and, of course, will be paid in INSTALLMENTS!).

Alex Iwobi (Everton) – £40m: The big sale of the summer. The initial payment is lower, but we sold an academy product who was at the club from the age of 9 for a hefty chunk of money. We might miss him more if this Ozil situation doesn’t improve, but the emergence of Joe Willock and Reiss Nelson will offset his departure.

Krystian Bielik (Derby County) – £10m: A player I would have liked to have seen given a chance, but we have to remember Arsenal’s decision is based on better information than any of us have. He also had two years left on his deal, did not want to sign a new one, therefore in order to maximise his value we sold now. Raul said that’s what we were gonna do, that’s what we did.

Laurent Koscielny (Bordeaux) – £4.5m: There was no way Arsenal should have written off this transfer fee because he’d been with us for 9 years. I didn’t like the way the captain behaved, but I thought the way Arsenal handled it was great. It’s a shame the way it ended, but £4.5m is not to be sniffed at and it’s far better in our pockets than not. And it’s not the club that has left Koscielny’s reputation in bits.

David Ospina (Napoli) – £4m: With just one year left on his contract, the price is lower than it should be for a 30 year old international keeper with such vast experience, but then we’d probably have got more if we’d sold him a couple of seasons ago like we should have.

Dominic Thompson (Brentford) – £3m: That is a fantastic price for a player who never played a first team game for the club.

Xavier Amaechi (Hamburger SV) – £2.5m: A very highly rated young player but he had a year left on his contract and clearly wasn’t going to sign a new deal. This transfer, like that of Dominic Thompson, includes a sell-on clause.

Carl Jenkinson (Nottingham Forest) – £2m: His departure always felt inevitable, and £2m is all right. We also have a sell-on clause on this one!

Takuma Asano (Partizan Belgrade) – £1m: If you told me his initial signing was a money laundering racket, I wouldn’t bat an eyelid. He cost us £4m or something, so getting anything back for a player who proved he couldn’t cut it at the top level is not bad.

Now, on top of that our 30% sell-on clause on Ismael Bennacer brought in close to £4m after he moved from Empoli to AC Milan, and it looks as if we’ll also have a chunk coming in if Jeff Reine-Adelaide’s move €30m move to Lyon goes ahead. Apparently it’s 10%, which isn’t brilliant, but €3m is basically £3m these days, and it all adds up.

So, in total (with all the caveats etc etc), that’s a summer in which we’ve generated £74m. That is not too shabby, and when you consider that there are likely to more players leaving before the end of the European windows according to Unai Emery, that final figure is set to increase.

The two obvious candidates are Shkodran Mustafi, who the manager says can leave the club, and Mohamed Elneny, someone who barely played Premier League football under Emery last season. He’s nowhere near as bad as some people make him out to be, but we now have more dynamic, progressive options in the centre of our midfield, and his chances of playing are even more remote. Galatasaray are said to be interested, and chances are he’ll be on his way out before the end of the month.

I’m not going to speculate on potential prices for either, we may find selling one and loaning another is as much as we can do, but whatever happens, the coffers have been swelled and Arsenal look like a club that knows how to sell again. In a summer when we’ve made real progress in terms of our incoming business, we should all be glad of an improvement when it comes to players going the other way.