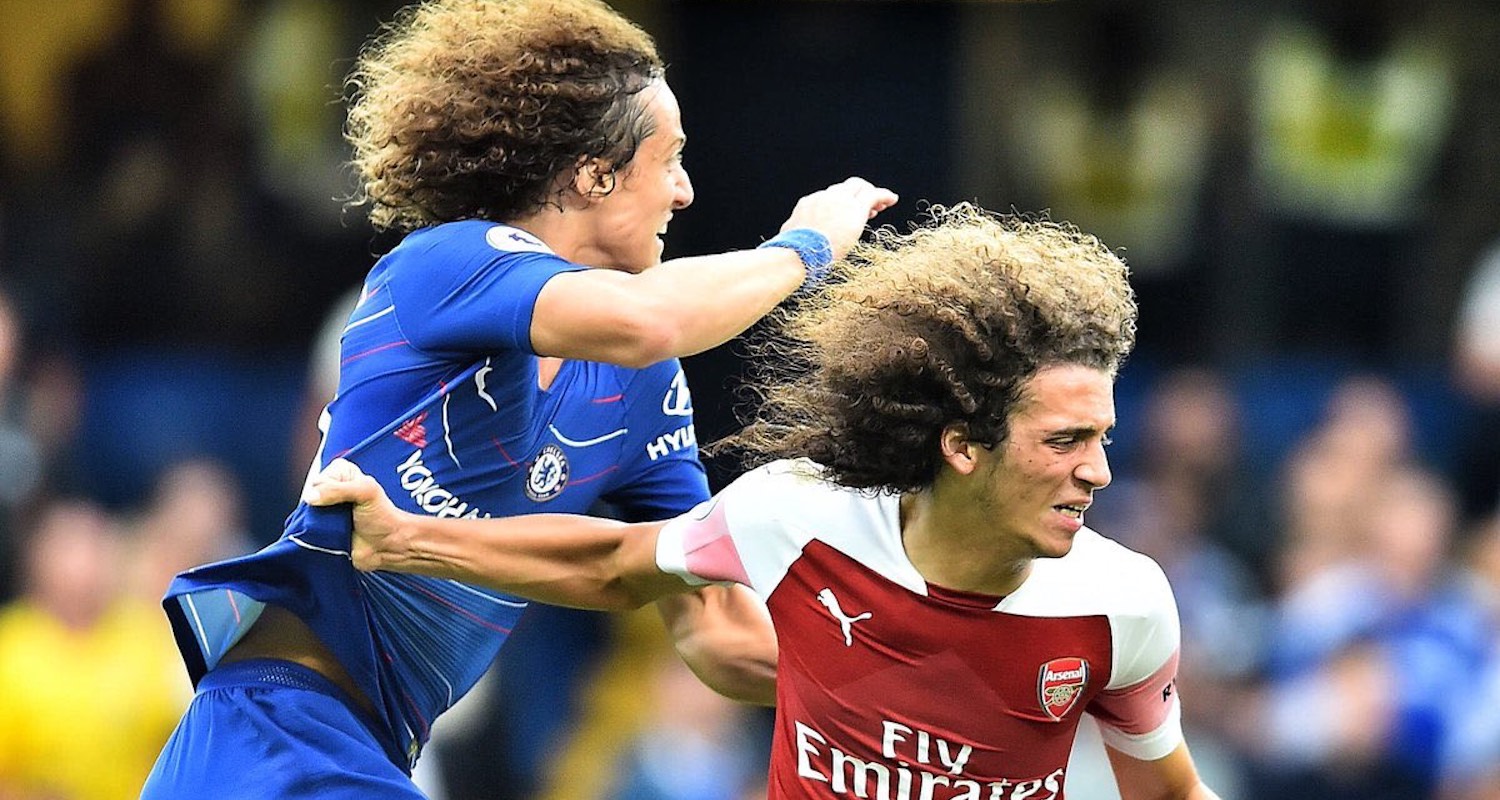 So, it looks like today is going to be a busy day, with two players expected to sign. Those players are David Luiz, who has apparently been trying to force a move out of Chelsea, and Kieran Tierney.

I think it’d be fair to say that Luiz wouldn’t have been many people’s first choice to fill the gap at centre-half, given his long association with that club, and the fact that he’s considered sort of error prone and a bit mad. However, we’re in a difficult position in that we desperately need a central defender, and the options available to us don’t seem that good.

RB Leipzig want something like €90m for Dayot Upamecano, which is completely absurd for a 20 year old. That’s his release clause, that’s what they want, and that’s fair enough from their point of view but no way can we, or should we, drop that kind of wedge on a defender that young. Then there’s the lad from Juventus, Daniele Rugani, and again there’s talk of a €30m deal, or a loan deal with an obligation to buy, but talking to people about him left me pretty cold on him even as a loan signing, let alone a permanent one. I think that’s a bullet dodged, to be honest.

So, then what? Time is tight – and we can’t ignore the fact we’ve had all summer to do something so that’s kind of our own fault – but we still need somebody because we just don’t have the requisite depth back there. Let’s be clear, it was desperation back in 2016 which saw us overpay for Shkodran Mustafi. We needed a central defender, the fact we’d left it so late meant Valencia had us over a barrel, and we paid £35m for a defender who, it turns out, wasn’t worth anywhere near that. We cannot make the same kind of mistake again, hence this pivot towards something unexpected.

Do I have concerns? Sure. He’s been known to make a mistake or two; he seems quite emotional – which can be a negative; he’s 32 years of age, so not exactly in the first flush of youth; and there’s just a general worry that the elements of his game which let him down could be exacerbated in a defence like ours. On the other hand he has plenty of Premier League experience, he’s really excellent on the ball, he can take a good free kick, and he’s capable of intense shithousery which now that I think about it as VAR is about to introduced to the Premier League may not be as much a positive as I think, but hey. It’s a stop gap, but better than nothing. At least it feels like that this morning.

In the absence of anything else – which at this point seems very unlikely – David Luiz could be quite decent. Almost fun.

Particularly if you start to think of our defence not so much as footballers but as an improv sketch group.

Luiz knows Emery too, their paths crossed briefly at PSG, and the player said of the Arsenal coach:

Then there’s Kieran Tierney, who we’ve spent all summer chasing, and who now appears to be on the verge of signing from Celtic. A left back has been on our shopping list and that deal should get done today. Apparently reports that he’ll be out for eight weeks are wide of the mark, so hopefully he can come in and knuckle down quickly.

So, with those two signings, as well as Nicolas Pepe, Gabriel Martinelli and Dani Cebellos – plus William Saliba for next year – you’d have to say it’s a decent summer in the transfer market. That’s an assessment that might change over the course of the campaign as we get to see these players in all their glory, but in essence we’ve filled the gaps we needed to fill. Perhaps, in relation to the centre of our defence, not as well as we’d have liked earlier in the summer, but the Koscielny situation definitely threw us for a loop and I don’t think it was an easy situation to deal with.

I don’t imagine there’ll be anyone else coming in beyond those two, so after that it’s outgoings. Remember, the transfer window is only closing in England, so while we might see a bit of action today with some young players going to other English clubs, there’s still time to move players on to clubs across Europe.

Eddie Nketiah is expected to leave on loan, and I’m a little bit torn on this one. Personally, I would like him to stay and be given our Europa League group games, plus the League Cup fixtures. That way we can give him proper playing time and take a good look at him close up, but at the same time you can see how a season playing somewhere on a more regular basis, week in week out, would be hugely beneficial for him at this point in his career. He’s gone way beyond U23 level, it’d do him no good playing there, and he’s got to choose between Bristol City and Leeds, I think. We’ll find out today where he’s going to go.

There was talk yesterday of an Everton bid for Alex Iwobi. £30m was rejected, it remains to be seen if they’ll come back and test us with a bigger offer. I’d be inclined to keep him simply because there are such doubts over other players in the squad. Henrikh Mkhitaryan appears to be a busted flush, his pre-season has been woeful, and he has struggled to find any kind of consistency since he arrived in January 2018. Arsenal would like to move him on, but his £200,000 a week wages mean there aren’t many out there who are interested in him and his salary.

Then there’s Mesut Ozil whose agents have gone to America to listen to a proposal from MLS side D.C. United. It sounds far-fetched, but their interest is definitely real, as outlined here in this story. So, I think there’s a chance for Iwobi to stake a claim to a position this season, and if he develops and improves then we’ll have a very good player on our hands. And if Everton are prepared to pay £30m for him now, even a season in which he doesn’t really kick on isn’t going to impact his value that much if we decide to cash in next season. Emery seems keen to keep him, so I’d be very surprised if anything happened there.

The left back arrival also means we’re too heavy in that department. One of Nacho or Sead Kolasinac is likely to leave, and if I had to put money on it, it’d be the one whose age and contract length would bring in a reasonable transfer fee. Again though, that doesn’t have to be sorted today unless he’s going to an English club, so while the next 10 hours or so are likely to be hectic, the transfer stuff will continue until the window closes across Europe. In France, Germany, and Spain the window is open until September 2nd, while in Italy it’s August 18th. Plenty of time for clubs in those countries to do deals for players in England, and I’m told that two senior players are likely to go, one midfielder and one defender (not a left back). Of course things can change in the market, but that’s the state of play right now.

Right, if you want to keep up with all the latest news, gossip, rumours and dodgy doodles today, we have our transfer deadline day live blog up and running over on Arseblog News.

And if you’re looking for something to listen to, there’s a brand new Arsecast, previewing the Premier League season and lots more with Ken Early of Second Captains. All the links you need for that are here, or find it in your favourite podcast app right now. I should point out this was recorded before the Luiz stuff broke!

Ok, time for some breakfast, and then a full day of live blogging. We’ll have a season preview Arsecast for you tomorrow too. Catch you on the far side!