Home Arseblog, the arsenal blog Nicolas Pepe about to sign : is Raul Sanllehi’s plan coming together? 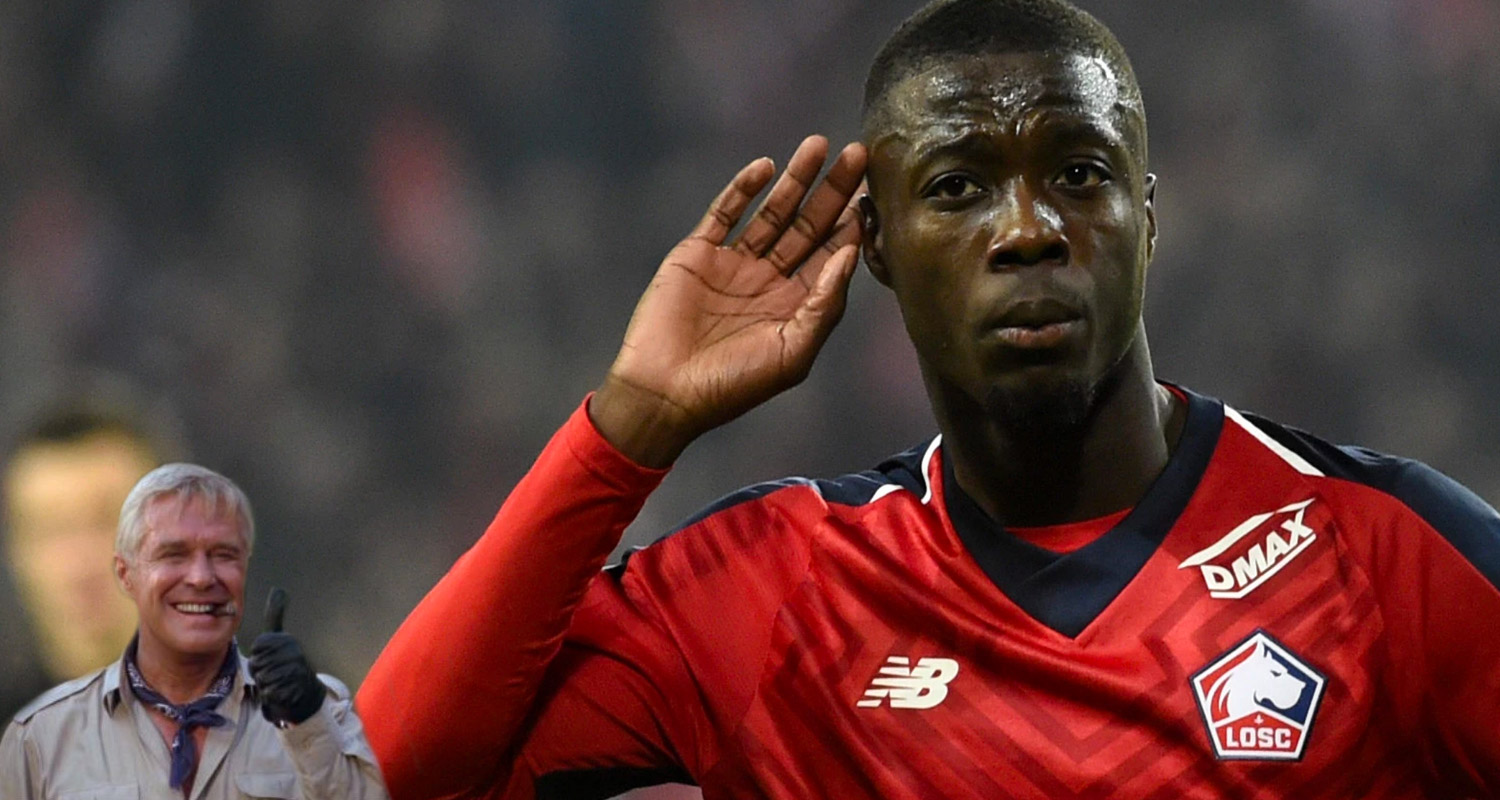 Today should be an exciting day. At some point we’ll announce the signing of Nicolas Pepe from Lille, and for the third time in two years we’ll have smashed our club record transfer fee.

First it was Alex Lacazette, for around £50m in 2017, breaking the £41.5m we spent on Mesut Ozil in 2013. In January 2018 Pierre-Emerick Aubameyang added another £6m to the record, and if reports are right the £72m we’ll spend on Pepe will blast through that mark.

I guess it highlights the fact that as a club we have spent money recently, so complaints and concerns weren’t really about what we spent, but how we spent it. That, however, is a discussion for another day. What we should be talking about is a player who is really going to make a difference to this team because of the qualities he has.

If, somehow, you’re unaware of those qualities, the videos here give you a very good idea of what he can bring to the side:

Last season for Lille he scored 23 goals and provided 12 assists. For a wide player, a left footer playing primarily from the right, that’s an impressive return. One of my favourite things over the last few days has been the opposition fans who try and downplay his stats by saying ‘Well nine of goals were penalties’. Last time I checked, scoring a penalty is a goal. Alan Shearer scored lots of penalties. I don’t see the problem. Then again, I do wonder why people rise to the bait and quote Tweet these eejits who would absolutely love to be signing Nicolas Pepe.

Scoring penalties consistently is a talent. Many players can do it, but having more than one reliable penalty taker is hardly a bad thing. Ultimately though, that’s not what this guy is about. It’s his qualities on the ball, his pace, electric running, finishing and what he brings to a team in the final third that’s got us breaking our transfer record. I also like that he’s the kind of signing which might indicate that Unai Emery’s philosophy – a much debated topic – might well be more expansive than it was last season. The head coach erred towards conservatism, in part because he felt he had to try and manage a porous defence, but also because he simply didn’t have a player like this to greater focus on what we do in the attacking third.

The closest we have is Aubameyang, who can unquestionably contribute from wide positions, but whose greatest asset is his ability to be in the right place in the penalty area when the ball comes in there. It’s no coincidence that he scored more goals from distance last season than he has in a long time – it’s because he had to due to the way we were playing. What Pepe will bring to this team from an attacking point of view is something we’ve missing for quite a while, so on that basis alone it’s really exciting.

And make no mistake, this is a player coveted by fans of the biggest teams in the Premier League and beyond, so for Arsenal in the middle of a rebuilding process after what was a dismal end to last season to be signing him is a hell of a coup. I’ve been critical of the way this summer has played out, so it’s only fair that when we have a week in which we’ve made a very good loan signing in Dani Ceballos, and look to be topping it off with a massive transfer like this, that credit is due to Raul Sanllehi and the club for making it happen.

If you’d asked me some weeks ago if I thought a deal like this was possible I’d have said no. Surely there would have been more attractive destinations, clubs which could offer Champions League football and probably more money, but we’ll obviously convinced him that Arsenal is the place to be, and that’s fantastic. Not just because it means we get a player as good as Nicolas Pepe, but because it changes the perception of where we’re going. It speaks to some kind of project that a potentially top class player can get behind, and that can only be helpful when it comes to other parts of our recruitment.

Meanwhile, questions about our transfer budget this off-season have been informed by  analysis of the accounts by the AST and Swiss Ramble – people who aren’t just guessing, but who have genuine knowledge and expertise in financial matters. The figure that was doing the rounds seems at odds with what we appear to be spending now, but before people point fingers and make accusations, let’s wait and see what the total is, and it’s also worth breaking things down a little.

From what I understand, there’s an initial fee of €20m for Pepe due, the rest to be paid in installments – possibly to a finance company who will accept the payments rather than Lille so they can get more money up front:

Though reports suggest Arsenal will get 5 years to pay Lille €80m fee for Pepe, chances are Lille would have sold that on to a third party financing company in return for about €70/75m. It will be that company that will be paid over 5 years.

I suspect the fee we’ve paid for Gabriel Martinelli is far less than the £6m being reported – at least initially. That could well be the total value of it, based on appearances, achievements, and so on, but we haven’t paid that much up front in one go. Similarly, the capture of William Saliba has seen us pay a relatively small amount of the reported £27m transfer fee this summer, with the rest to be paid off over time after he joins us. So, even with the loan fee for Ceballos (much closer to £4m than the €15m being reported), we’re well within in the £45m figure that has been doing rounds most of the summer.

Don’t forget, departures are almost inevitable too and those offset some of the spending. We could be bringing in close to £10m for Krystian Bielik. I think it’s a bit of a shame that he hasn’t been given a chance, but if you’re going to sell a young talent, this is much more like the kind of transfer fee we should be getting. We’ve already brought in £4m on Ospina, as well as €2.5m for youngster Xavier Amaechi who has joined Hamburger SV, and there’s a hefty sell-on clause in that contract.

We have a plethora of front three options with Aubameyang, Lacazette, Ozil, Mkhitaryan, Iwobi, Martinelli, Nketiah, Nelson, Saka, John-Jules, Smith Rowe – and even if one or two of the youngsters leave on loan we’ll generate income from loan fees. It’s not inconceivable that one or two of that lot could be sold. We’re trying to sell Shkodran Mustafi, Mohamed Elneny is more likely to leave than stick around and barely play, and there are others in the squad who could be moved on to bring in money to reinvest.

All of which is to say that Arsenal appear to be operating within the framework of that well reported transfer budget. It doesn’t sound like a lot, but we’re making it work, and I’m curious to see when the transfer window closes (including the extra time we have to sell players after the Premier League window shuts next Thursday), just how much we’ve brought in and how much we’ve spent.

I’ve not necessarily been convinced by Sanllehi’s ‘very good plan’, but perhaps he is our John “Hannibal” Smith – leader of the A-Team – and by the time this window closes he’ll light a big fat cigar, look straight to camera, and say ‘I love it when a plan comes together’. Let’s hope so.

For all the Pepe news as and when it breaks, keep an eye on Arseblog News. More from me here tomorrow.