Home Arseblog, the arsenal blog It’s ALL football ALL the time as we go FOOTBALL crazy with... 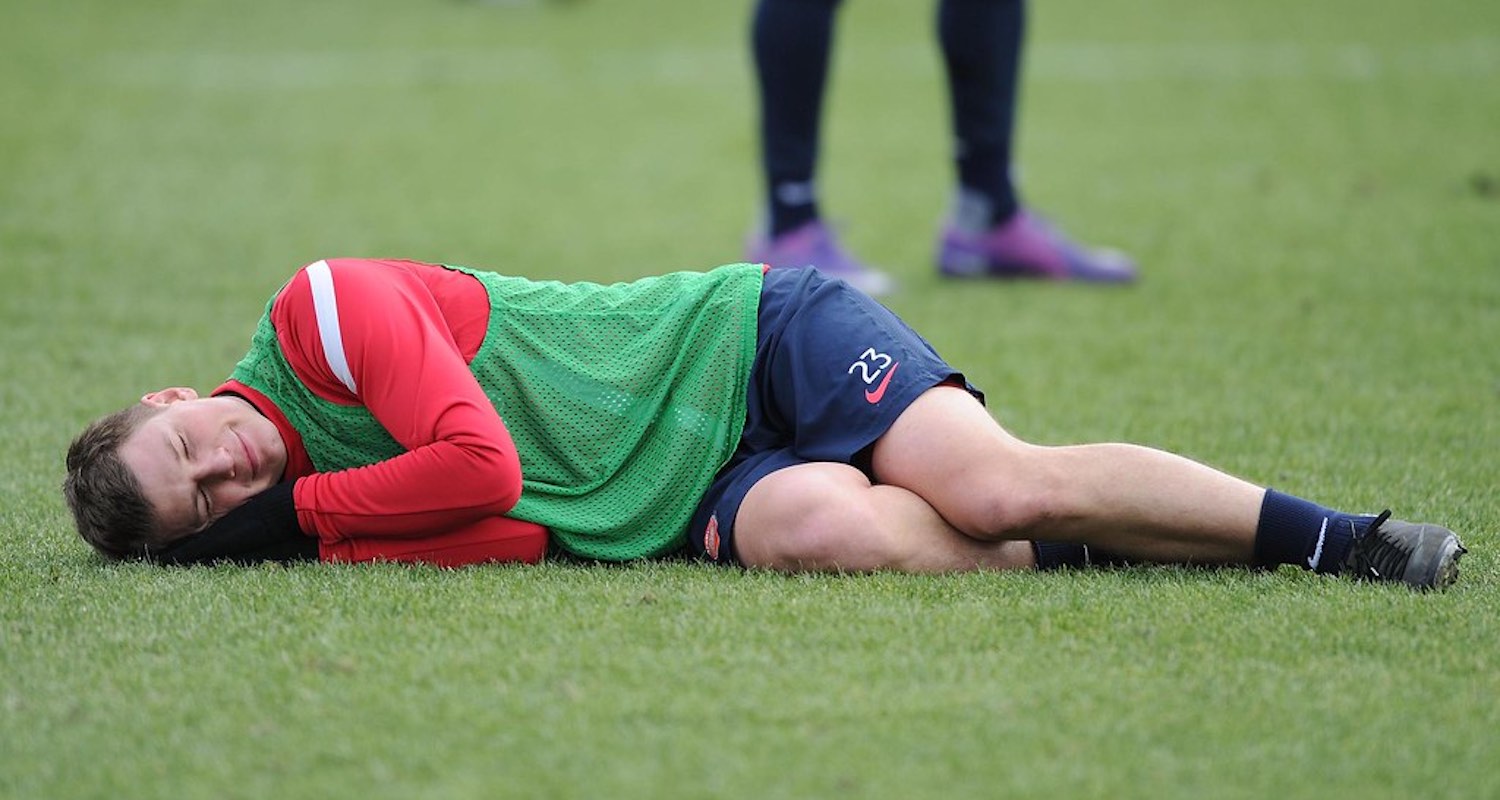 Is it just me or is it absolutely ludicrous that players are still playing international games at this point of the summer? I realise the Champions League and Europa League finals were especially late this season, but it’s now mid-June, the Premier League season starts again in mid-August, thus pre-season will get away in the early part of July.

For the Premier League players in particular it’s got to be a real chore. The league campaign ended up on May 12th, and here we are a full month later and they’re still being asked to perform. It’s nonsense – it’s bad for them, it’s bad for clubs, and ultimately it’s bad for fans too.

Whether people like to acknowledge it or not, players are not machines. They require some rest, some relaxation, some recuperation, some time off. And yet more and more they are treated like Football Robots who must be ready to play at 100% all of the time. The impact of that can only be negative on performances, as well as their physical and mental well-being. Yes, they’re well paid but that still doesn’t make them Cybernetic Soccer Droids who can be refueled by a rapid-recharge of their fusion reactor cores.

It’s clear sports science, fitness, conditioning, nutrition, high performance and all the rest have been hugely beneficial to players, but when the schedule demands they continue playing a full month after their league season ends, then surely you’re not getting anywhere near the level of improvement you should. If not running to stand still, then you’re making the progress far more incremental than it should be.

I realise it’s not a new thing to say it, but the insatiable demand for football 24/7, and the desire for broadcasters and commercial interests to exploit that demand is what’s leading us to where we are now. Summer tournaments are unquestionably a fantastic opportunity for fans in different parts of the world to see their team play live. Most will never have the chance to make the pilgrimage to the UK, so whether it’s in Asia, Australia, America or wherever else, you can’t begrudge fans who live and breathe their clubs the experience of seeing them in person.

For clubs themselves, when business interests and developing the ‘brand’ are ever-more vital in an era when money talks more loudly than ever, you can also see why these summer jaunts are useful. The events, the promotions, the ability to publicise new merchandise and memberships, and to grow the fanbase are at the core of the decision making process. I don’t think anyone can really make a solid case that travelling thousands of miles by air – even if they’re all in business class nowadays – is the ideal way to prepare professional athletes for the rigours of the a season.

Long gone are the days when Arsenal’s pre-seasons involved a trip to scenic, pastoral Austria, with behind closed doors games against local sides, or at best games which weren’t televised. The players trained hard and worked hard, but they did it without having to pack their suitcases and move from town to town. This summer Arsenal will be in LA, then Denver, then back to LA, then Charlotte, then DC, then back to the UK and who knows there might be an additional trip depending on what other pre-season fixtures we have lined up.

It is what it is, the players are probably used to it, and it doesn’t really set us apart from other clubs who will travel the globe and endure similar schedules. However, it’s not the best way to get yourself ready for seasons which are getting longer and longer, and with errant nonsense like the Nations League thrown in to make us think we want more competitive football when in reality we’d all be best served if there were a bit less.

Since the end of the season we’ve had those Nations League games, European Championship qualifiers, the Toulon Tournament for U20s, and this week the European Under 21 Championships get underway. From an Arsenal point of view, we’ve got Reiss Nelson, Matteo Guendouzi and Krystian Bielik taking part. It will mean that because they’re in their national team training camps they won’t get holidays for another ten days/two weeks depending on the progress they make in the tournament. It means they won’t come back until pre-season has begun. It means they’ll be behind some of their teammates. It means that our preparation, tactical, physical, and otherwise, becomes even more complicated.

Again this isn’t an Arsenal only issue, but at some point someone is going to have to stop and think about the impact this has on players and the quality of the game itself. People are paying higher and higher ticket prices to attend games; for fans who can’t they’re being asked to take out a plethora of subscriptions to watch football on TV, so rather than creating a competitive landscape for broadcasters, they’re creating one in which we all have to dig deeper and deeper into our own pockets; and the way they’re running football is basically causing harm to the performance level of the key actors in all of this – the players, and by extension the quality of the game itself.

You’d love for someone with a bit of common sense to stay ‘Stop!’ and do something about it, but I can’t see that happening. Commercial interests and the almighty dollar/pound/euro will dictate whatever solution they come up with. If you had to ask me what it might be, I’d nearly bet on something like increased squad sizes – thus, in theory, easing the physical burden and making clubs better able to cope with a hectic schedule. In turn, that will increase wages, which will increase the need to generate revenue, which will simply ensure we’re further into the clutches of commercialism and the business side of the game.

Is a 12 month, non-stop season out of the question? We’re almost there now, between domestic and international football, and then the pre-season fixtures. It’s not too much of a stretch to think that football’s cash cow will be milked to within an inch of its life and that the break players need – and fans too, to be quite honest – becomes a thing of the past.

And on that cheery note, I wish you a good one. We’ll have all the Arsenal news, if there is any, on Arseblog News throughout the day.