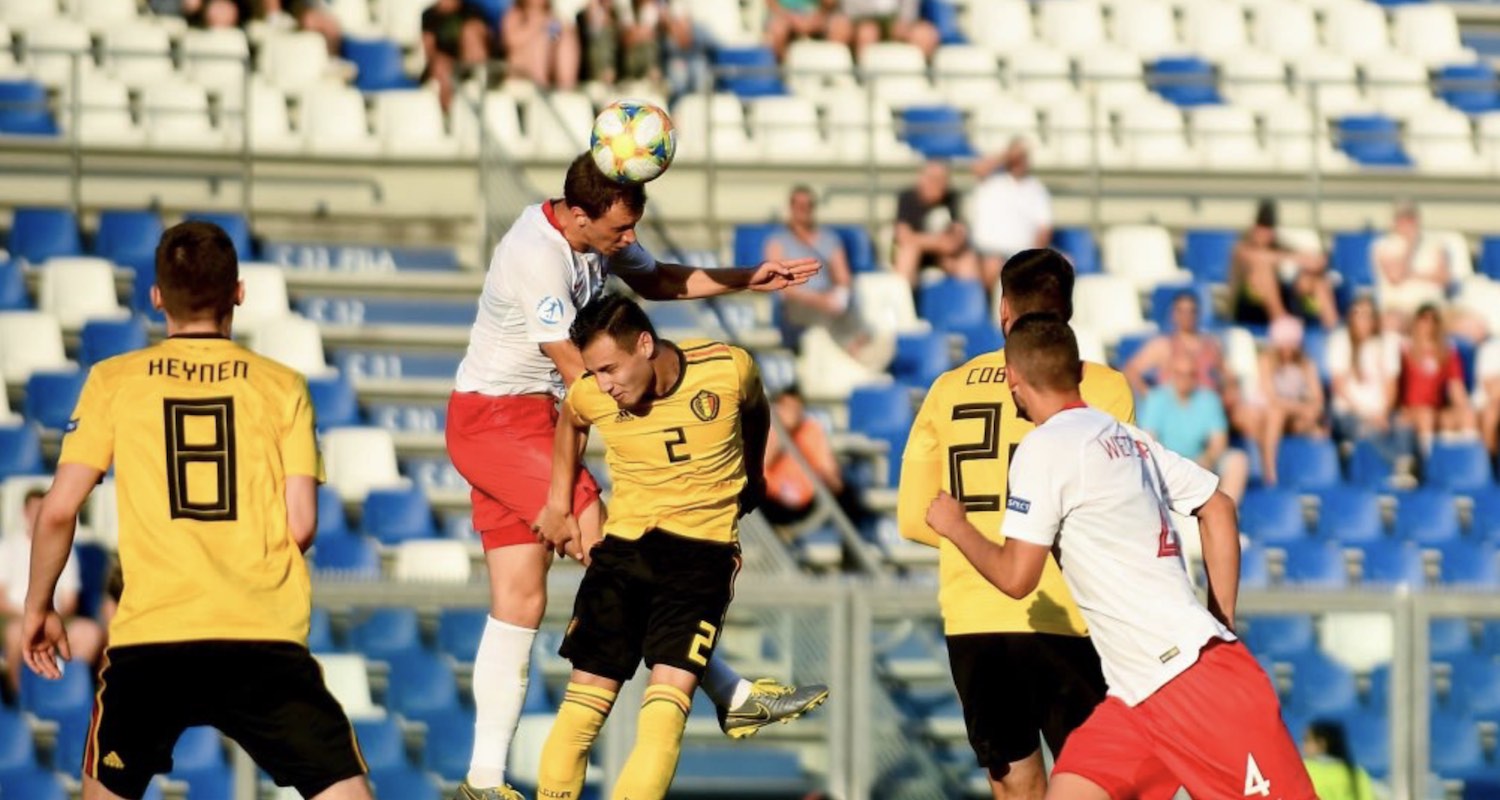 On Friday’s Arsecast Philippe and I talked about the football calendar inexorably stretching to the point where there will be barely be anything you might consider an off-season any more.

Most of the Arsenal players are on their holidays right now. Some, however, are still involved in international tournaments and competitions which will extend their season, see them come back late because you have to give them some time off, and further complicate our preparations for the new season.

For example, Krystian Bielik, after a fine season for Charlton, is away with the Poland team at the U21 European Championships. He scored a goal last night and reportedly played very well as they beat Belgium 3-2, and with the centre of our defence in need of serious rebuilding, he must be hoping he’s given a chance next season. So much so he’s said that if he isn’t, he’ll look to leave the club because he has no intentions of playing U23 football at this point in his career.

I don’t think that’s unreasonable, and a summer tour to impress the head coach with your training and performances against some good teams in the US would be a decent way of putting yourself into the picture at least. But with Poland playing their last group game on June 22nd, and potentially going further in the tournament, he might not be on the tour because he’s on his well-needed holidays. It’s why there are always elements outside a player’s control that can shape the trajectory of his career.

One of the things that had to improve at Arsenal was the way we dealt with loan players. We all like to think that when we send a young player out in the hopes that he develops, there’s an ongoing process during which we stay in touch, monitor and report on his progress, and give some feedback to the player himself about what his future holds. Unfortunately, that’s not how it worked. I know I’ve cited an example before when one player went on loan to a Premier League team, played well, and came back with basically no mention of an entire season of football. ‘Oh, you’re back!’.

Earlier this year we created a specific role within the club, a loan manager, whose role is to coordinate all our loan players. Providing feedback to them, but also to the head coach and his staff who ultimately make the decisions about who will be in the first team squad or not. As for Bielik, I think he’s got one year left on his current contract, a situation which demands some decisiveness this summer. If we see him as a player with a future, we have to renew and give him a chance to play – and I do think that our approach to the Europa League next season should provide young players with chances that they might not otherwise have been granted.

Some will say we should renew his contract anyway, and if it doesn’t work out we can sell, but I don’t think you can convince a player who is already considering the idea of moving away to sign a new deal unless he really feels like he’s going to get a chance. Krystian Bielik has no need to do Arsenal financial favours, so it’s really up to Unai Emery and his staff to assess this one and make a decision. If we don’t see him as someone who can play regularly for us, with 12 months left on his contract the only option to us is to sell. We’ll see how it goes, but he’s a player to keep an eye on during the European U21s.

Update: Thanks to @MacAndrews for alerting me to the fact Bielik has two years left on his current deal.

Meanwhile, Mohamed Elneny was in action for Egypt as they beat Guinea 3-1 in their preparations for the African Cup of Nations which begins on Friday, while Lucas Torreira came on as a sub for Uruguay in their 4-0 win over Ecuador in the Copa America. He’s another player whose presence at a summer tournament feels like a complication. I think we’re all hoping that he can really establish himself next season, having had a year to get used to England and English football, but when he spoke last week about his first season at Arsenal he made specific reference to playing much more often than he did in the past.

For me, that was part of why he faded a bit and didn’t have quite as much impact as we hoped for, but also needed, at the business end of the season. So a summer of rest would have been ideal. Instead, it’s his second tournament in a row (he arrived late last year having been at the World Cup), he’ll need some time off before arriving back late to pre-season again, and he’s not going to be 100% for the start of the season.

In fact, with Torreira at the Copa America, Matteo Guendouzi in the France squad for the European U21s, Elneny at the AFCON, and Granit Xhaka having been involved in the Nations League thingy right up until the end, all of our central midfield players will have issues in terms of fitness, fatigue and preparation that our coaching staff will have to contend with as we prepare ourselves for the kick-off again in August. It’s not ideal, is it?

There’s also Alex Iwobi away with Nigeria, and Reiss Nelson at the U21s, so add another couple of players to the list that must be giving Emery and Co some headaches this summer. Unfortunately, that’s the reality of football these days, with this non-stop schedule, and while we’re not alone in having to deal with this, it does feel as if this summer has added layers of complexity we could do without because there’s so much else to do.

Right, that’s your lot. James and I will be recording an Arsecast Extra this morning. As always, if you have questions or topics for discussion, send to @gunnerblog and @arseblog on Twitter with the hashtag #arsecastextra – or if you’re on Arseblog Member on Patreon, leave your question in the #arsecast-extra-questions channel on our Discord server.