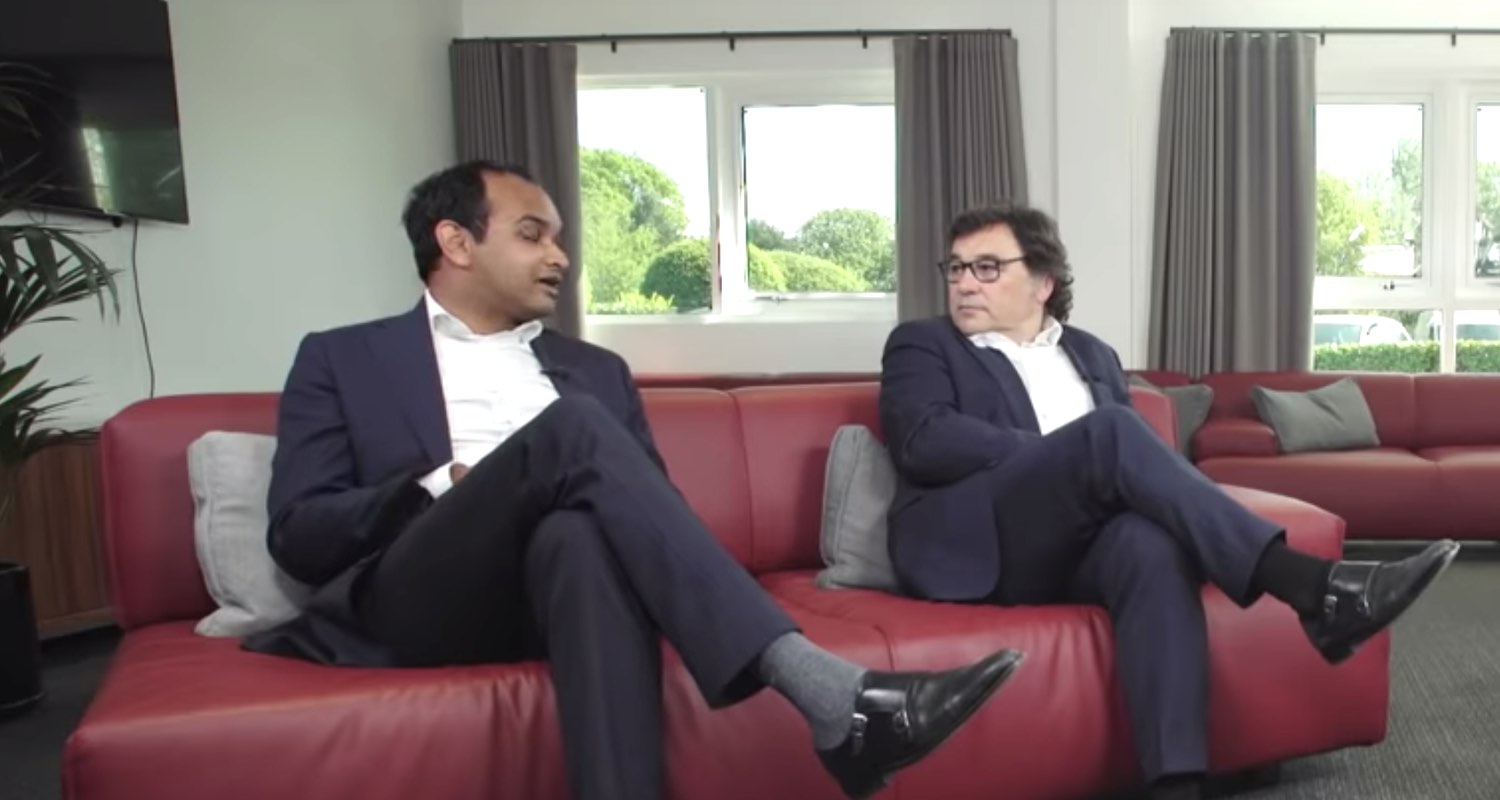 Yesterday the club published an interview with Head of Football Raul Sanllehi and Managing Director Vinai Venkatesham in which the pair spoke about Unai Emery’s first season in charge, reaching the Europa League final, how we need to operate in the transfer market, the wage bill and, of course, the owners: Stan and Josh Kroenke.

I won’t bore you with the stuff on KSE. We’ve heard it all before, about how ambitious and passionate they are and listening to it made you think Ivan Gazidis never left, except now there’s two of him. It was like a corporate presentation of some kind – which is precisely what it was really. A PR exercise for the owners whose passion and ambition would be truly legendary it were measured in words rather than actions.

I am, and remain, hugely cynical about them, but this is their first summer with 100% control of the club, so let’s see if that stated ambition manifests itself in the work we do during the off-season. It’s just so easy to say the stuff that Vinai and Raul said about them. I’ve lost count of the number of times we’ve heard it in the past, about how they’re in sport to be winners and all that, but there are very few people I’ve spoken to about this interview who think this isn’t simply a case of the executive branch of the club saying what they think people want to hear because that’s what KSE have told them to say.

Nevertheless, the two spoke well on other subjects and there were some interesting snippets to come out of it.

On the money we have to spend

Vinai: “Every single penny that we generate as a football club is available for us to invest against achieving that ambition, and that is the maximum that we can ask from our owners because that is the maximum allowed through the financial fair play rule.”

Just in case anyone was wondering if there might be some measure of owner investment to help boost the squad, there’s the bottom line. We can spend what we make, and that’s a sensible way to run a business, but again it raises the big question of how on earth we’re supposed to compete as a football club.

On the transfer market and how to have an edge

Raul: “We need to outsmart the market, we need to make the right signings, do the right sales, the coaching staff needs to prepare the games properly like they do. It just means hard work and outsmarting the market. That’s the two, I would say, essences of success, if we want to be there.”

See, this I like. There are ways to build a squad without spending a fortune, and it comes through clever recruitment, good and timely sales, and identifying talent before it becomes too expensive for us. Under this current ownership model, it’s literally our only pathway to competitiveness. Which is why the departure of a man who brought us the likes of Guendouzi and Torreira – the sort of signings we need to make more of – is such a worry.

There’s a lot riding on this summer, and from what I’ve heard the majority of our targets for recruitment are younger players who I guess would fit into this kind of bracket, but without a Head of Recruitment and a Technical Director, we’re relying on the people who thought spunking £3.5m on Denis Suarez in January was a reasonable piece of business. Vinai also spoke about integrating players from the Academy, and I suspect that’s going to play a role in our squad rebuilding in the summer.

Again, we’ll have to wait and see how the transfer window plays out before we can make any real judgement, and Edu does appear to be on his way to add football knowledge and experience at boardroom level, but the jury remains out on how smart we are right now. I hope we’re smarter than I think.

Vinai: “We need to continue to look at our wage bill. We’ve got, and it’s well known, a large wage bill – that’s a good thing. That demonstrates the financial power and the financial muscle of Arsenal, which is important for us to be successful. But we need to make sure we are spending that money as efficiently as possible, and we are spending a lot of time focusing on that.”

This simply plays in my belief that we’ll do as much as possible to trim the wage bill this summer, and you don’t need to be a genius to work out one of the key ways of doing that is to move on some of the biggest earners – one in particular. The departures of Petr Cech, Danny Welbeck and Aaron Ramsey have already taken a chunk off it, but if the club successfully found a new home for Mesut Ozil, and added another couple of fringe players to to the departure lounge, you’re looking at having somewhere in the region of £750,000 a week to reinvest in the squad. Because, as we’ve been told, ‘every penny’ will used to help us realise KSE’s ambition, right?

Vinai: “There’s been lots of change. If you boiled it down to two objectives, they would be, one – to successfully integrate Unai and his coaching staff into Arsenal and the second, as challenging as we knew it would be, to qualify for the Champions League. If you assess our season against those two objectives, with Unai the best way to assess that, if we went back in time, would we make the same decision?

“I can say, absolutely, 100%, categorically, we would have appointed Unai again. We’re really pleased with the impact he’s having at Arsenal and we’re delighted with his appointment.”

It’s solid backing from the board for the manager who still has it within his hands to make this season a success. The thing is, it’s impossible to fully judge Emery’s first season performance until the campaign is actually over. It’s Baku or bust for him, but Sanllehi also made it pretty clear that his compatriot’s track record and history in the Europa League was a factor in his recruitment. Having blown the top four so badly, it all rests on the final against Chelsea. Understandably, before that game there are positive noises and that’s the way it should be.

I do wonder what the response to the same question might be next Thursday if things don’t go according to plan in that game. Let’s hope it doesn’t come to that.

This was part one of two with Raul and Vinai, so expect some more today and we’ll cover that over on Arseblog News. My overriding feeling from watching this and hearing what they’ve said is that we need both of these men to be spectacularly good at their jobs. I’m not convinced that KSE want them to be anything other than basically competent, so a lot depends on their own personal ambitions and desire to bring success to this football club.

Just to finish, a couple of little snippets.

1 – We’re playing a behind closed doors game against an Austrian side on Thursday as part of our Europa League final preparations. They’re apparently a team that presses high, so practice for what Emery expects from Chelsea, I guess. Also, according to David Ornstein, we had another ‘secret’ game last week during which Danny Welbeck scored a hat-trick, so the chances of him being on the bench in Baku seem greater.

2 – The Mkhitaryan stuff continues with the Azerbaijan ambassador to the UK providing the least reassuring reassurances you’ve ever heard in your life. If this is what the club are getting from other officials, it’s no wonder his participation remains a doubt. It’s something we discuss at length on the new Arsecast Extra, along with Man City’s financial domination, and lots more.

Check it out below, and if you’re an Arseblog Member on Patreon James and I will be doing a YouTube live stream later, taking your questions and discussing the Raul/Vinai stuff too. Get access to that and everything else for just €5 per month at patreon.com/arseblog