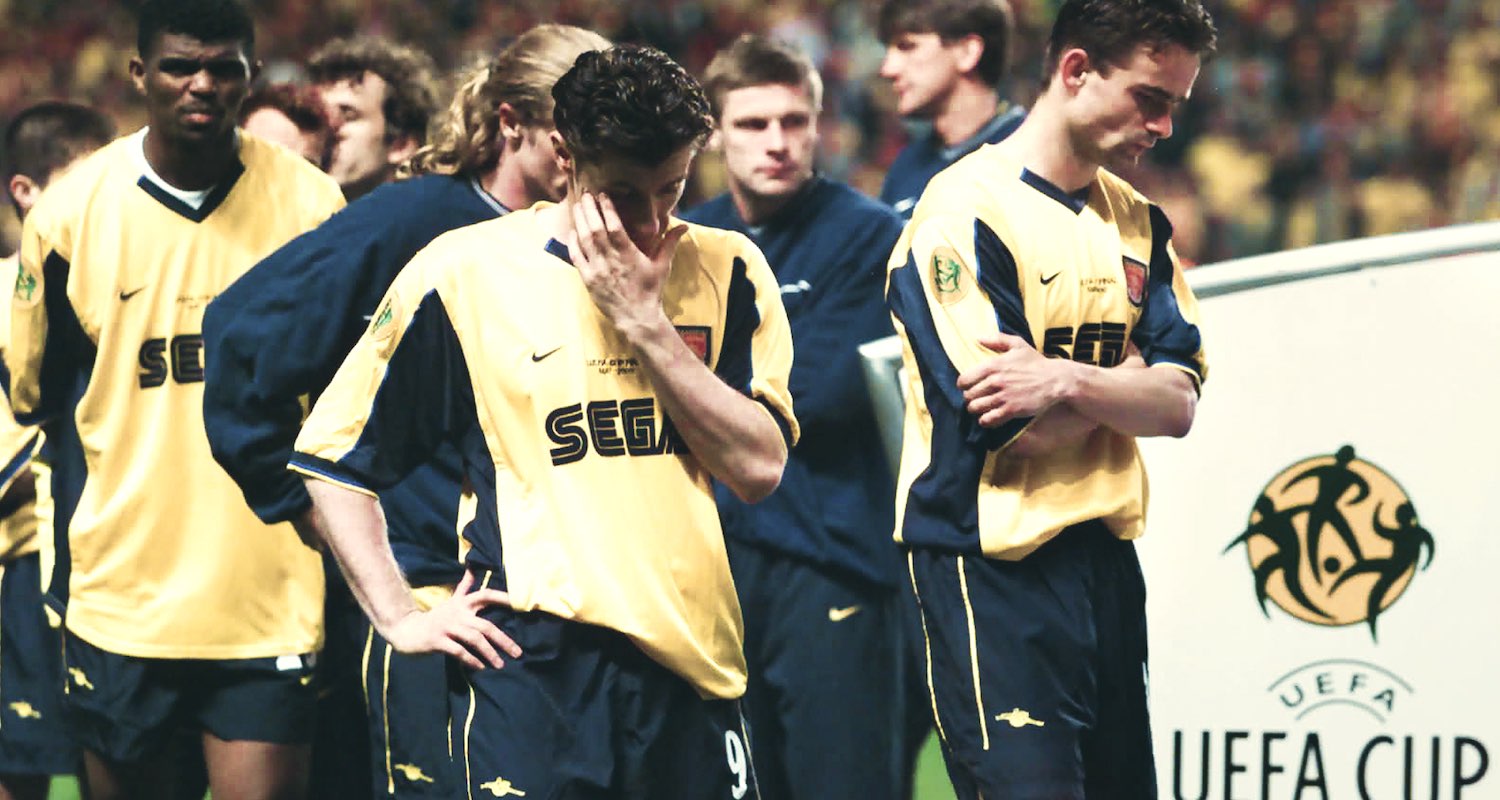 A little under three days to go for our first European final in 13 years. It’s 25 years since Alan Smith’s goal against Copenhagen saw us beat Parma to lift the European Cup Winners Cup, our last continental triumph.

For a club of our stature, European success has been in short supply. It’s not that we’ve ever been one of the truly big clubs, but we’ve had chances, and there was a time when we had a team that really should have done more in Europe than it did. The 2004 Champions League exit remains one of the most painful defeats I’ve experienced, and it’s part of why success on Wednesday would feel so good. It’d be a small measure of revenge for that Wayne Bridge goal which I think had long-lasting effects on us and football as a whole.

Imagine the Invincibles going the distance that year, winning the Champions League as well as the Premier League. Mourinho wouldn’t have won it, and perhaps without that seminal moment his career would have been different. He’d have had a short-lived spell at Sp*rs of course, before peddling his evil wares around middling European clubs like a kind of malevolent but mostly irrelevant Ronald Koeman. What kind of Pandora’s box did that Bridge goal open?

I wonder too about how we might have built on that. Even with the new stadium on the horizon I suspect there might have been a greater inclination to hold on to some players who were, you know, Champions League winners, and augmenting them with some young upcoming talent rather than throwing in so completely on Project Youth. Oh well, it’s water under the bridge now. Sure, it’s water that I would poison with chemicals as it made its way through the pipes to the Chelsea training ground, but still.

I was actually going to write something today about how the excitement is building for Wednesday, but I’ve gone down this road now and there’s no turning back. The last three European finals.

“Coming up next on Tipp FM, we’ve got some Bruce Hornsby and the Range, followed by Mary Black, and later this hour a great new song from a band called The Connells and 74-75. They’re going to be huge, mark my words …”

I am 23 years old living in Clonmel, County Tipperary working on a radio station called Tipp FM. I do the evening show, every weeknight from 8-12. It’s not the kind of music a 23 year old is into, but it’s a job on the radio and that’s all that counts. For a while, anyway.

There’s a TV in the studio. I’m watching the game, doing my radio show, and the soundtrack to that poxy Nayim goal was probably something by Mike and the Mechanics which, as I’m sure you all understand, made that goal about 300 times worse. If that’s even possible. Which it is. I can prove it.

Do ANYTHING today. Anything at all. But listen to ‘The Living Years’ while doing it.

I really can’t remember a great deal about this evening, other than I watched it with a load of other Arsenal fans in a bar called The Baggot Inn here in Dublin. I don’t even know who organised that, or how, but it was a dark room downstairs and it was a miserable game and miserable result.

On the plus side, I had a delicious kebab afterwards from the kebab place just outside the bar.

The build up was amazing. I’d travelled from Barcelona to Paris on an overnight train. We had a great day outside Kitty O’Shea’s, playing football, drinking beers, then the police came with machine guns and we stopped but that was after the ball had been booted through the window of a post-office multiple times. They just kept giving it back to us. Alex Ferguson drove by, we probably stuck fingers up at him.

Then the game, Jens, Sol, how did you miss that Thierry?! The last few minutes which to this day I’ve never watched back. Afterwards, getting off the train to the city centre way too early and being lost in Paris with a tearful Swedish Chris. This was before we all had maps on our phones. Wandering through the streets trying to get a taxi but no taxi would stop for anyone in an Arsenal shirt.

Eventually finding our way back to the hotel, stopping to have a delicious kebab underneath. This appears to be a theme to my European cup final misery. Back up to the room we were sharing. Stick on the TV. What’s on? HIGHLIGHTS OF THE GAME. No thank you.

Back to Barcelona the next day on a train from Paris filled with delighted Barca fans who were even more delighted to see me in my Arsenal shirt. Serenading me. Can’t hear though you dickwads, I’ve got headphones in my iPod and I hope the battery lasts the distance because this lot won’t stop singing. Laugh it up now, chumps, one day we’ll sell you Hleb and Song for a fortune.

All of which is to say that you have to go through the difficult times to really appreciate the good ones. I feel like we’re overdue a good one though, and hopefully the Europa League final can be just that. I don’t want a kebab on Wednesday. Doner leave me this way, Arsenal.

More to come on the final, our preparations, and all the rest over the next few days on the site here, and of course on the Arsecast Extra coming later today. As always, if you have questions or topics for discussion, send to @gunnerblog and @arseblog on Twitter with the hashtag #arsecastextra – or if you’re on Arseblog Member on Patreon, leave your question in the #arsecast-extra-questions channel on our Discord server.

And for some extra reading, check out Tim Stillman’s Road to Baku. He set off yesterday on his travels to Azerbaijan, and he’ll be providing updates on the site along the way, and on the way back. Hopefully with a European trophy. Not literally, although I do quite like the idea of Tim stealing the pot and snaking his way across Europe avoiding detection from the trophy police.

Righto, we’ll have all the news throughout the day on Arseblog News, and we’ll have the podcast available before lunchtime. Until then, have a good one.