Home Arseblog, the arsenal blog Europa League final preview: A chance to end the season on a... 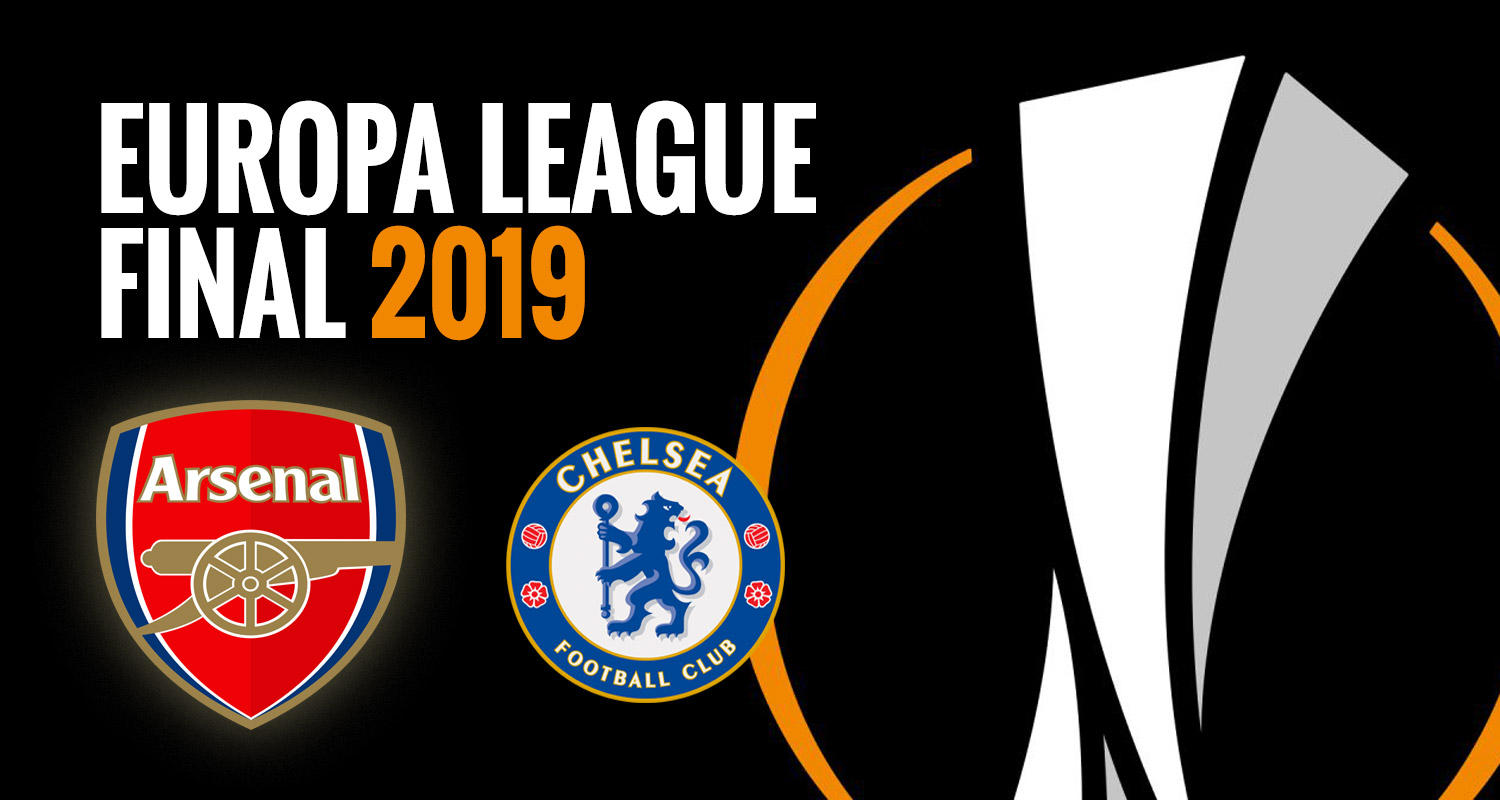 It feels like forever since the Premier League season ended. We’ve had plenty of build-up to our first European final in 13 years, but it has been dominated by non-football matters.

The distance from London to Baku; the trials and expensive tribulations of fans making the journey, finding flights and accommodation; a paltry allocation of tickets that neither team could fully sell out; UEFA’s mealy-mouthed response to denying many fans a chance to see their team in a huge game because of their decisions; as well as those decisions denying a player his participation. The Henrikh Mkhitaryan situation has seen sport and politics come together to drive the news agenda because ultimately the two things are intertwined despite catchphrases about how they shouldn’t mix. There’s a way they could have been kept at arms length, but UEFA fudged it, and made sure that didn’t happen.

Now though, there’s only football. We’re just over 12 hours away from kick-off in the biggest game this club has played for a long time. The importance of it is hard to quantify. Financially we know how much it will influence where we go and how we get there. The club might make reassuring noises about how we can rebuild and do what we need to do in the transfer market without Champions League football, but we all know it’s a better meal when you can go out and buy not just good ingredients, but all the ingredients you need. You’re not scratching around in the back of the cupboard for something because you can’t afford it.

Maybe it says something about the way football is these days that I made that the first consideration in this post. Under our current ownership however, every single penny is vital because every single penny is what we get to invest in the squad, as we keep being told. We missed out on next season’s Champions League in really disappointing fashion at the end of the Premier League campaign, so tonight is a chance at redemption. On a financial level, but most importantly a sporting one.

The Europa League final has been a kind of anaesthetic to our final league position. There was unhappiness, but it never reached boiling point – tempered by the knowledge we had a chance to make up for it in Baku. How this season is viewed and judged depends so much on what happens against Chelsea this evening. If we win, we can acknowledge the Premier League failure but still consider the season a success.

Not only would we have won our first European trophy since 1994 – when Alan Smith’s goal gave us a 1-0 win over Parma – but we’ll be back in next season’s Champions League, and ready to reap all the benefits of that from a footballing, reputational, and financial point of view. This Europa League final is a get out of jail free card, a mulligan, a do-over, whatever you want to call it. It’s a glorious opportunity to put things right.

And look, it’s not by chance that we’re here. It’s not a fluke or a lucky accident. We’ve worked hard and played 15 games to reach the final. That’s coming up on half a league season in terms of games, so it’s an achievement and one the players and manager deserve credit for. We’ve made it a bit tough for ourselves at times, coming from behind in knock-out ties against BATE Borisov and Rennes, but also displayed some real quality in dispatching Napoli and Valencia – by some distance the best teams we faced in the competition all season. Until tonight.

Chelsea will be tough, we know that. The London derby takes a bit of ‘Europe’ out of the final, but adds an edge that wouldn’t exist against a continental side. We’ve beaten them this season, they’ve beaten us, and the final league table shows you there’s very little between the teams overall. By the way, anyone following the media and enjoying the supposed drama of Chelsea’s build-up ought not to be fooled by any of it. So what if Sarri kicks his hat? Players clash in training all the time. It’s frippery that should be ignored and it means precisely nothing when it comes to what will happen on the pitch tonight.

We know the decisions that Emery has to make with his team. Will it be Petr Cech in goal? I think it will. It’s another issue that has been the focus of much coverage in the build-up. The keeper’s last ever game as a professional will be in a final against his former club. The cup final goalkeeper debate is one we’ve had to get used to in recent years, and in truth it’s really quite tedious, but on this occasion more than the others it’s also a consequence of having two good players to choose from. It sounds like Emery has full faith in Cech – who very much played his part in getting us this far – so I’d be very surprised if he broke the man’s heart and left him on the bench tonight.

Beyond that it’s a choice between the back three which seems to suit the personnel we have best – particularly defensively where we have better wing-backs than full backs – and the back four with three in midfield that worked so well against Chelsea in the 2-0 win over them back in January. That day Aaron Ramsey was crucial to the way we played, and as much as we try and squeeze and bash some square pegs into round holes, we don’t really have anyone who can do the same job as well as he did it.

Could there be a tactical double-bluff from Emery or Sarri? Will the Chelsea manager expect us to stick with the formation we’ve used most frequently, or tailor our approach to them? Could what Emery expects Sarri to expect inform his set-up? I suspect it will be the back three, but adding the extra man to midfield wouldn’t shock me that much either.

Whichever formation we pick, I think so much of how tonight turns out depends on our strikers. Pierre-Emerick Aubameyang and Alexandre Lacazette have, over the course of the season, become increasingly the focal points of the team. They’ve played such a huge part in getting us to this point, and over the course of the two legs against Valencia, Aubameyang and Lacazette scored seven goals and nabbed two assists between them, so they come into this game ‘hot’ – even if there has been a lengthy cool-down period between then and now.

Of course there’s quality elsewhere. Wouldn’t tonight be an amazing time for Mesut Ozil to remind people of his talent after a season in which he’s struggled to make a consistent impact? But if we’re to win this one, it feels like our two best mates up front will have a major part to play in that, so hopefully they’re on it, and ready to tuck away the chances we create for them, or take matters into their own hands like they did in the semi-final.

Today, of all days, is not when we should spend time considering the alternative outcome. That is an unhappy bridge we can cross if we have to come to it, but the build-up has to focus on what could be a fantastic night for Arsenal, the players, the staff and the fans. It’s been too long since we tasted European success, and inbetween there have been some genuinely heartbreaking moments and experiences.

Tonight won’t make up for all of those, but it’s an opportunity to end this season with an actual trophy, and the intangible second trophy of football at the top table next season. It’s a chance for the manager and the players to make their mark, for this team – despite its flaws – to go down in the annals of this football club as only the third side to win a European cup after 1970 and 1994. We have the possibility to make history, to finish on a high, and to make a significant impact on the short to mid-term future of Arsenal because of the benefits we’ll reap from victory.

There hasn’t been a game of such importance for a really, really long time. We’ve got a good record against the ‘big’ teams this season, it seems to suit us better to play against them than the other, so let’s hope we can continue that record tonight. I don’t know what else to say. It’s massive, it’s a cup final for The Arsenal, and it’s all in our own hands.

COME ON YOU REDS.

Don’t forget to join us later for a Europa League final live blog, and all the post-match reaction on Arseblog News. Until then!