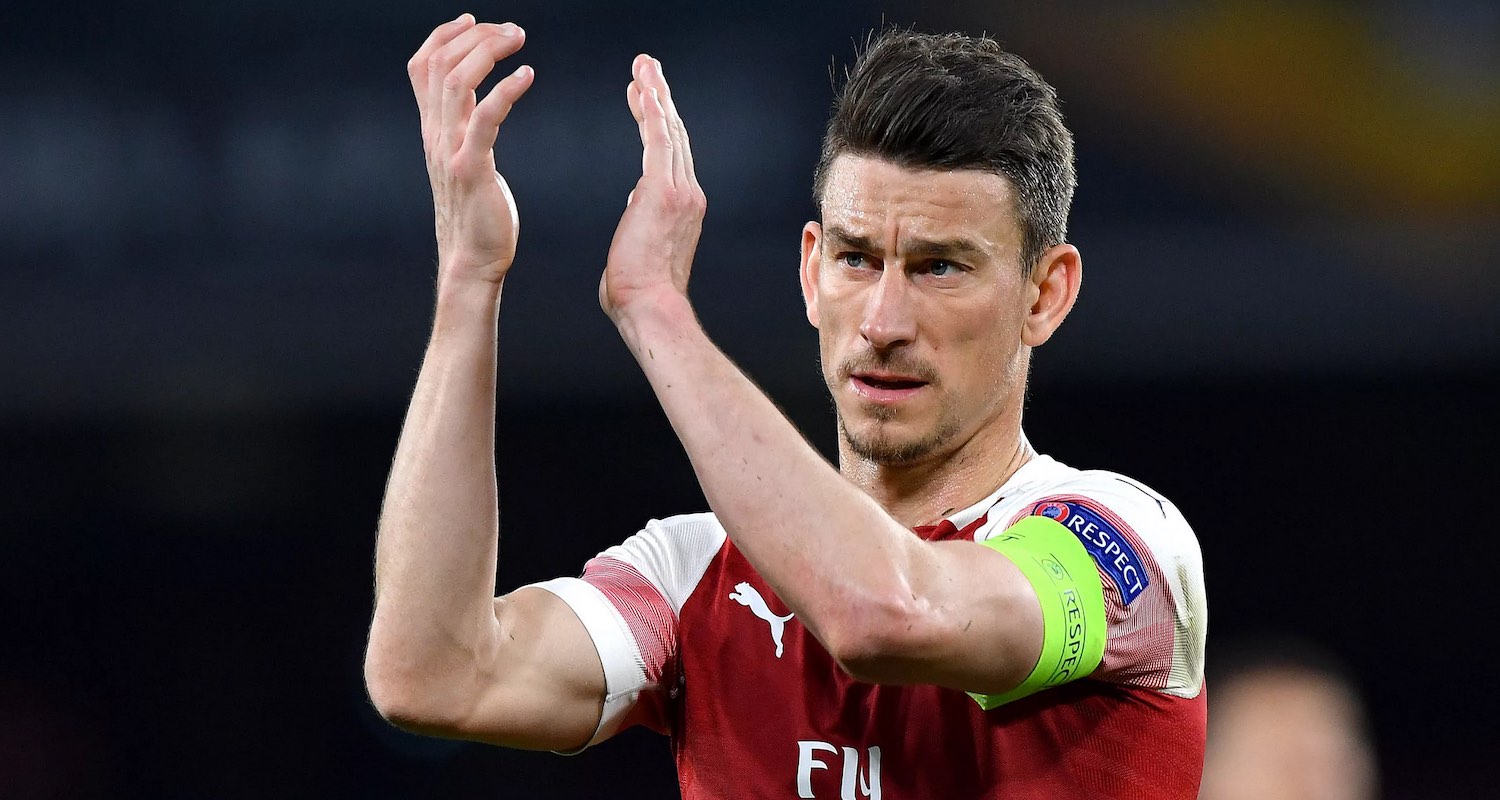 Hello! A quick Saturday round-up for you, as I have a young German Shepherd here who needs to get out and do stuff. You can now add ‘potato masher’ to the long list of stuff she has chewed. A list that includes glasses, headphones, shoes, a TV remote control, and much more.

Let’s take a quick round-up of what’s going on, and a report in L’Equipe yesterday suggested that the Europa League final could be Laurent Koscielny’s last game for the club. You probably remember the story from last summer when his agent revealed he was thinking of leaving when it was announced that Arsene Wenger would be departing, believing it would be a timely way to go … alongside the man who brought him to the club.

Then he got injured against Atletico Madrid and any possibility of that went out the window as his Achilles snapped. We know the struggle he had to come back, and although his first couple of games were a bit iffy as he got some match fitness under his belt, he’s been our best centre-half this season. I did speculate on the Arsecast a few weeks back that I thought he might call time on his career after the Europa League final. This was after watching him give everything he’s got to get through another 90 minutes, the discomfort was obvious and I wondered if he might not feel like pushing himself through all that again.

However, the report says he’s keen to play on, with Bayer Leverkeusen, Milan and Monaco all interested. If he does want to leave, it’d throw a bit of a spanner in the works for this summer’s planning because he’s not the name top of the list for a central defensive departure. At the same time however, there’s no way we can expect Koscielny to play anything like the same schedule he has this season. You can see it’s a struggle at times, so we’ve got to be planning to take some of the burden off him.

I’d love to keep him for another year, the last year of his contract. His experience could help the likes of Rob Holding and Dinos Mavropanos (if he doesn’t go out on loan but he should go out loan), and he’d add depth and quality to the squad. But, going into his 10th season at the club, and having put so much on the line physically, if he wanted to go then at nearly 34 years of age we’d have to give real consideration to letting him play a couple of years elsewhere if that’s what he really wanted.

Meanwhile, during the interview with the official website that we covered a lot this week, Raul Sanllehi was keen to talk about how data was used to identify transfer targets. He said:

We start having more and more meetings in which we feed more and more information coming from the scouting and the data analytics. At the end of the day, we try to reach a consensus. It’s normally an easy process because we are very much aligned with our views on football and on our analysis of the players that we try to go for. At the end of the day, as I’ve said before, it’s a team effort.

It’s part of the process rather than the be all and end all, because as everyone knows, StaTs dONt teLL tHe whOLe sToRY. We’ve heard so much about StatDNA and how it’s been used but the signings it’s been mostly associated with – rightly or wrongly – are ones which haven’t always been the greatest. Gabriel, Mustafi, Elneny and Xhaka have reportedly all been driven by it (can we call it The Red Screen of Death?), but unquestionably data analytics are playing a more significant role in player identification and recruitment.

So, throughout the summer, as rumours intensify and links to certain players grow, we’ll look at their numbers and see what the data can tell us. First up, Bournemouth’s Ryan Fraser who, apparently, we’re going to make a bid for once the Europa League final is won on Wednesday. He caught the eye with 14 Premier League assists last season, but is that enough for us to splash the cash? What about his all-round game?

Scott takes a look in Ryan Fraser – By The Numbers over on Arseblog News. I have to say I’d find him a fairly underwhelming signing. I’m not entirely sure where he’d fit into the team – especially if we’re going to play with two strikers – so maybe there’s a plan to repurpose him as something different from what he is at Bournemouth. I know people say we can’t be snobby about who we sign, but I don’t see why that’s the case. Why can’t we want good players – even if they’re not superstars?

I’m not saying Fraser isn’t a good player by the way, but have I seen anything that really makes me think he’d drive this team forward? Not really. If he comes, he starts with a blank slate of course, and he’s given every opportunity to make a success of the move, but maybe there’s someone better out there too. Let’s see!

Right, time to get this dog out, and I’ll leave you with yesterday’s Arsecast in case you haven’t had a chance to listen yet. More throughout the day on Arseblog News, and I’ll be back tomorrow.