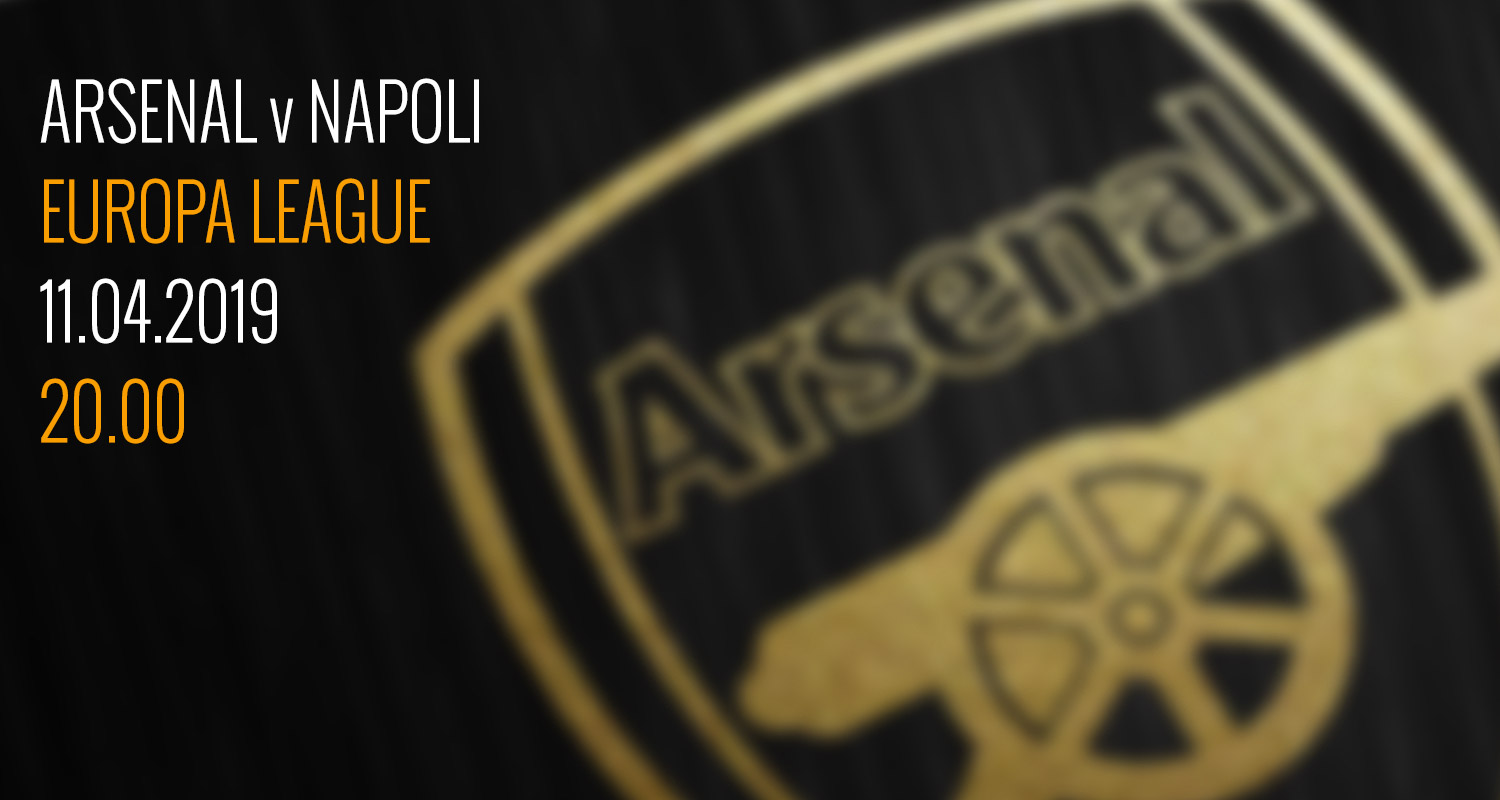 European football so far this season has not been particularly exciting, but that should change tonight when we face Napoli in the Europa League quarter-final first leg at the Emirates. It feels like the kind of encounter that should be a Champions League game, but we are where we are for myriad reasons, and their failure to navigate the group stage saw them ‘relegated’ to this competition.

They’re second in Serie A, behind Juventus naturally, but come into this game in somewhat patchy form having won just three of their last eight, and with a draw in their last game against 10 man Genoa. Of course we’re looking for much better than we saw at Goodison Park on Sunday, another display like that will make life a lot easier for Napoli, but the key difference is that tonight’s game takes place at the Emirates where our record is excellent and our confidence high.

In terms of team news, Laurent Koscielny and Granit Xhaka both took some part in training yesterday but Unai Emery says he’s not going to make a decision on either of them until they’re assessed further today. He knows that aggravating an injury now could well end a player’s season, but he has to weigh that against the fact they’re two important cogs in his machine, and the need to bring a good result to Italy next week. If it was too risky to use both, the fact that Lucas Torreira is available – having missed three Premier League games due to the ridiculous red card he was issued against Sp*rs – might allow him to give Xhaka a bit more time to recover should he need it.

He also revealed that Pierre-Emerick Aubameyang has been ill, hence the fact he started on the bench for the last two games – and it might go some way to explain how ineffective he was against Everton, even in the context of an insipid team performance. He’s on antibiotics, but well enough that he could start tonight, and I have a suspicion he will. Whether that’s alongside Alexandre Lacazette or in place of him, I don’t know. The French international was the man wheeled out alongside the manager at the press conference yesterday, but he’s carried a heavy load in recent games so maybe Emery will do something different tonight.

There’s usually a surprise in the Spaniard’s team selections, and I wonder what it might be this evening. I’ve seen people speculate Mesut Ozil could miss out, but given that I absolutely do not expect him to start when we play Watford on Monday, I’d be surprised if he sat this one out. Could we revert to a back four? Would Emery see the experience of European/Italian football a good reason to start Stephan Lichtsteiner after Ainsley Maitland-Niles disappointing display against Everton? No doubt he’ll have analysed the bollix out of Napoli so as much as our team selection tonight is about us winning the game, it will have them in mind to some degree.

He tipped his hat to the quality of tonight’s opposition, but called on his team to produce the kind of performance that would give us a chance of going through:

“They have come from the Champions League but from a strong group with Liverpool. They were very competitive in this group. I know it’s going to be very difficult for us but we have confidence. We know we need to be very consistent in two matches, with big preparation and with respect to them. Also, we want to trust and believe in ourselves.

We want to work hard, prepare hard and play hard.”

While Lacazette hammered home the importance of this first leg, saying:

On the one hand it’s clear to everyone we’re better home than away, but I do wonder how even just stating the obvious like that makes it more of a thing. The players know it – will it add pressure to tonight’s game because the importance of taking some kind of lead back to Italy is so high? Or is just a thing that manifests itself on the road? I guess we’ll see later on. Hopefully it’s much more the latter, but that in itself is something we’ve got to address as soon as possible given our schedule.

There are reasons to be positive about tonight’s game. Our record at home is good in the Premier League and in Europe this season; there is plenty of attacking talent in this squad, and I hope our approach for this match – and for what’s left of this season – is weighted in favour of that. With just three or four weeks remaining of this campaign, I don’t think Emery is going to be able to make any significant improvements to our defending – especially with some of the personnel at his disposal (and without the ones who are sidelined through injury).

What he can do though is set up his team to get the best out of two excellent strikers, one of the best playmakers in Europe (on his day, but that’s another story), and a supporting cast that includes Aaron Ramsey, Alex Iwobi, Henrikh Mkhitaryan and may one day even take into account the on-loan Denis Suarez. If there’s a strength in this Arsenal side, it’s what we can do in the opposition half, and while I don’t expect him to go all-out attack or anything like it, it just feels like a more front-footed approach is the best way to set up for the games we have left this season.

Right, as ever we’ll have a live blog for you, so join us later for that and all the post-match stuff on Arseblog News. Catch you later for the game.