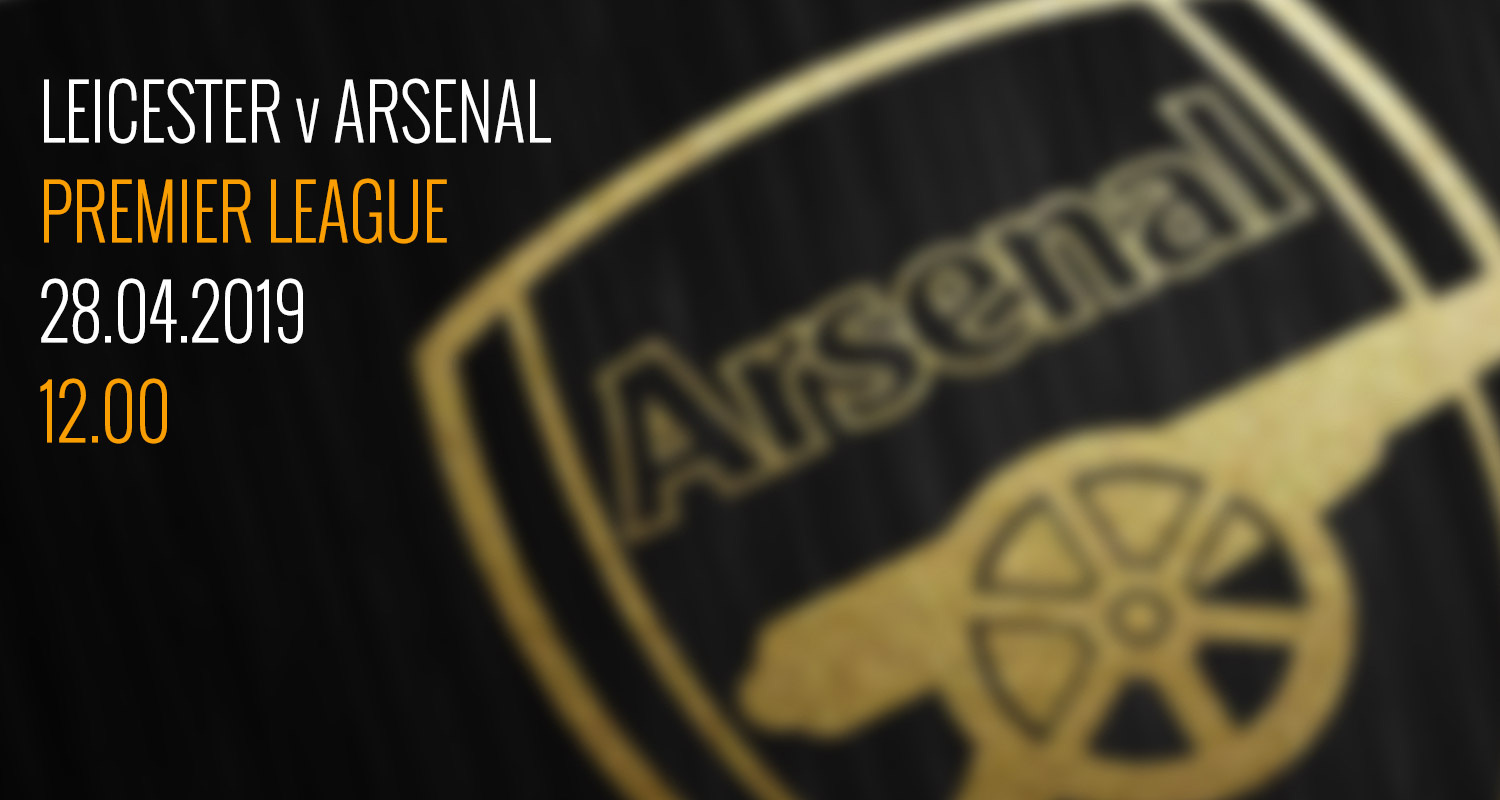 Here’s what we need to happen today. Arsenal need to beat Leicester. Man Utd need to take some or all of the points from Chelsea in their game which takes place later this afternoon. One of those things is in our hands, one of them is out of them.

The thing is though, the hands that the one thing is in are very dodgy hands. Remember that goal that Manchester United goalkeeper Massimo Taibi let in back in the day. It’s in those hands. If you don’t remember that goal, please enjoy it below without the added Arsenal context:

That’s kinda how it feels when Arsenal play away from home. Everything seems to be going relatively ok, then we somehow manage to make a complete Taibi of it. Can we avoid doing that today? Your guess is as good as mine as we once again jump on the Red and White fairground ride. Round and round and round she goes, quite how we manage to drop points nobody knows!

What about today’s team? I’m genuinely curious to see what he’ll do because our schedule, but more importantly a 3-1 defeat in our last game, demands changes. The only thing I’d be reasonably confident about is that I think he’ll go to a back three again. There’s a genuine need to take Laurent Koscielny out of the firing line and give him some rest, so with Valencia coming up on Thursday this is the only real chance to do it. The question is who replaces him?

Sokratis will likely be deployed as the man in the middle of the back three, and with Nacho Monreal one side of him, who will come in? I know many, myself included, would be reasonably happy to see Dinos Mavropanos get the nod despite the fact he’s young and raw. However, it’s hard not to look at Unai Emery’s staunch defence of Shkodran Mustafi after his disasterclass against Crystal Palace as evidence that he thinks he needs the German in spite of his errors.

Does he really believe that Zaha goal wasn’t his fault? Of course he doesn’t. He is a man with eyes and a brain. He also makes it clear he’s aware of the flaws in Mustafi’s game, particularly going to ground, and a man so invested in the minutiae of performance, video analysis, and so on, cannot possibly be blind to the fact he’s had an error strewn season. Yet he’s caught between a rock and a hard place. Koscielny can’t keep up with this schedule, Mavropanos has a lot to learn still and a player like Jamie Vardy could expose his lack of experience today – we saw some that in the game against Watford – and that leaves the manager with just one option. I’m sure he’d like a better one, but it is what it is right now.

Further forward Pierre-Emerick Aubameyang should be available against after his minor sinus procedure, and needs to come straight back into the team. Whether that’s alongside Alexandre Lacazette in a two, or pushed wide of his mate, it doesn’t really matter. We need players on the pitch who can score goals. We don’t have enough of them in this team, and that’s a big issue. Particularly when one or two who you’d look to to take up the slack often find it difficult to make an impact away from home.

If selected, we need a lot more from Mesut Ozil and Henrikh Mkhitaryan than we got on Wednesday night. These are two highly paid, established, experienced, creative players, and they have a measure of responsibility in this team. I suspect Emery might want to leave one or both of them out based on how they played against Wolves, and how frequently they flatter to deceive on the road, but he needs players who can create chances for his strikers, and they’re the best options we have for now. Beyond that we have Alex Iwobi, and bar a call-up for one of our youth players, there’s not a lot else in this squad from an attacking point of view, so the manager has to find a way to make something work that really didn’t work just four days ago.

I wish him the very best of luck. Perhaps part of it might be a response from players who know they’ve made an absolute bollix of the last week, but realise that in spite of all that top four is not impossible. (a win for Chelsea would take them to 70 points too), and while it’s out of our hands right now, it’s still so tight that any number of outcomes is possible. A positive one for Arsenal is incumbent, however, on us managing to win our own games – which is easier said than done.

At the heart of it though is our away form, a millstone around our neck, and something that almost feels like a 12th man for Leicester. This season tells us that the first goal is crucial. If we score it, we have a chance, but when the opposition score first it doesn’t tend to go well for us. We’ve taken just one point all season when that happens, and that’s something we have to contend with too because the players will know this just as well as we do.

Am I hopeful? I always have a bit of hope. Am I confident? Not really. But I do like a nice surprise, so hopefully Arsenal can give us one today. Remember, it’s a noon kickoff – which I’m not sure will help either – so let’s keep fingers, and everything else, crossed.

Join us for the Leicester v Arsenal live blog, and we’ll have all the news and reaction afterwards on Arseblog News.

See you in a bit for the game, and come on you reds!